I'm wondering if the 3rd line might read - CONTROL UNIT1
as the mission control guy referred to it as the #1 unit - "..we concur with your plan to replace number one unit.."

Last line - Op. MAN (something.. something)

My version has the text “AE POSITIONAL AOS” as the first line, since that lines up reasonably closely to what the blobs look like. Plus it kind of makes sense - it's a positional device for the antenna, and AOS is a NASA Apollo acronym meaning “acquisition of signal”.
A

Third line doesn't have enough characters for a "1" after "UNIT" but it is an interesting thought.

Here's the image with my text below it. The last three characters of the first line are obscured in this image due to the actor's finger.

2nd line from the bottom could have a number of possible characters. My initial impression was "MOD L.A. 375", but augmenting a different image suggested "MOD L.A. JPL" to me, at least. "MOD L.A. 3PC" is as valid a possibility as either of these.

That bottom line is puzzling. I'm leaning toward "Op. MAN [something]" as well ... it's the "something" that's the kicker. After "MAN" there are two characters, a space, 4 characters, a space, and two more characters. I'm uncertain if there is a space between "MAN" and the next two characters, or perhaps a period. Or even an apostrophe, as in "MAN'FD" short for "Manufactured". The four characters could be letters, or as I suggested earlier, possibly a year such as 1954 or 1956. The last two characters are anyone's guess - I'm clueless.

Here's the image with my current text alongside it (2nd line could still be any of the ones mentioned): 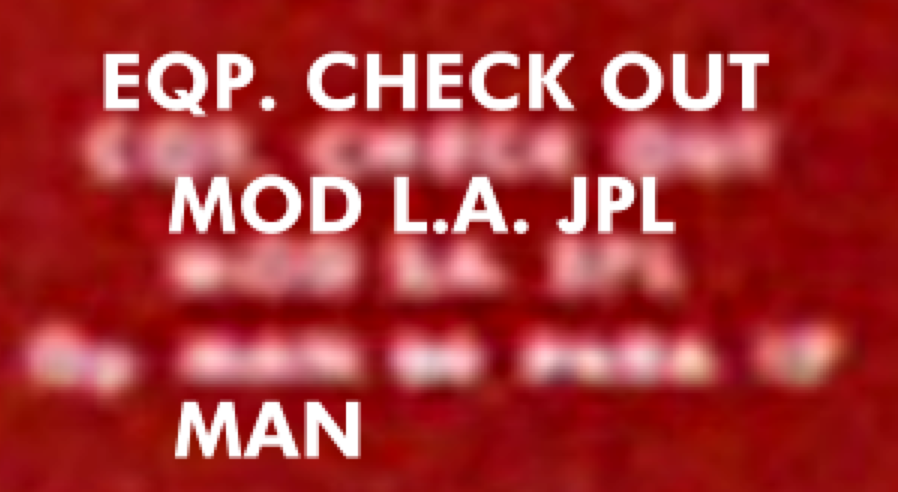 And yes, I used Futura Heavy BT for the text. It lines up extremely well with the image.

No sooner did I say "I'm clueless" than I may have a clue. What if the whole bottom line is a date? Perhaps "MAR 24, 1956" although that still leaves the mystery of the first two and last two characters. If this was a real test plate that was reused for the prop, maybe this is a revision date.

One last point: the second character of the last line is the only lower-case characters on the entire plate. That's gotta mean something. If the line is a revision date or date after which it was to be put into service, perhaps "Op." is an abbreviation for "Operational" as in "Operational as of this date".

I know; it's been a while. Here's another add-on to, somewhat, complete the prop. 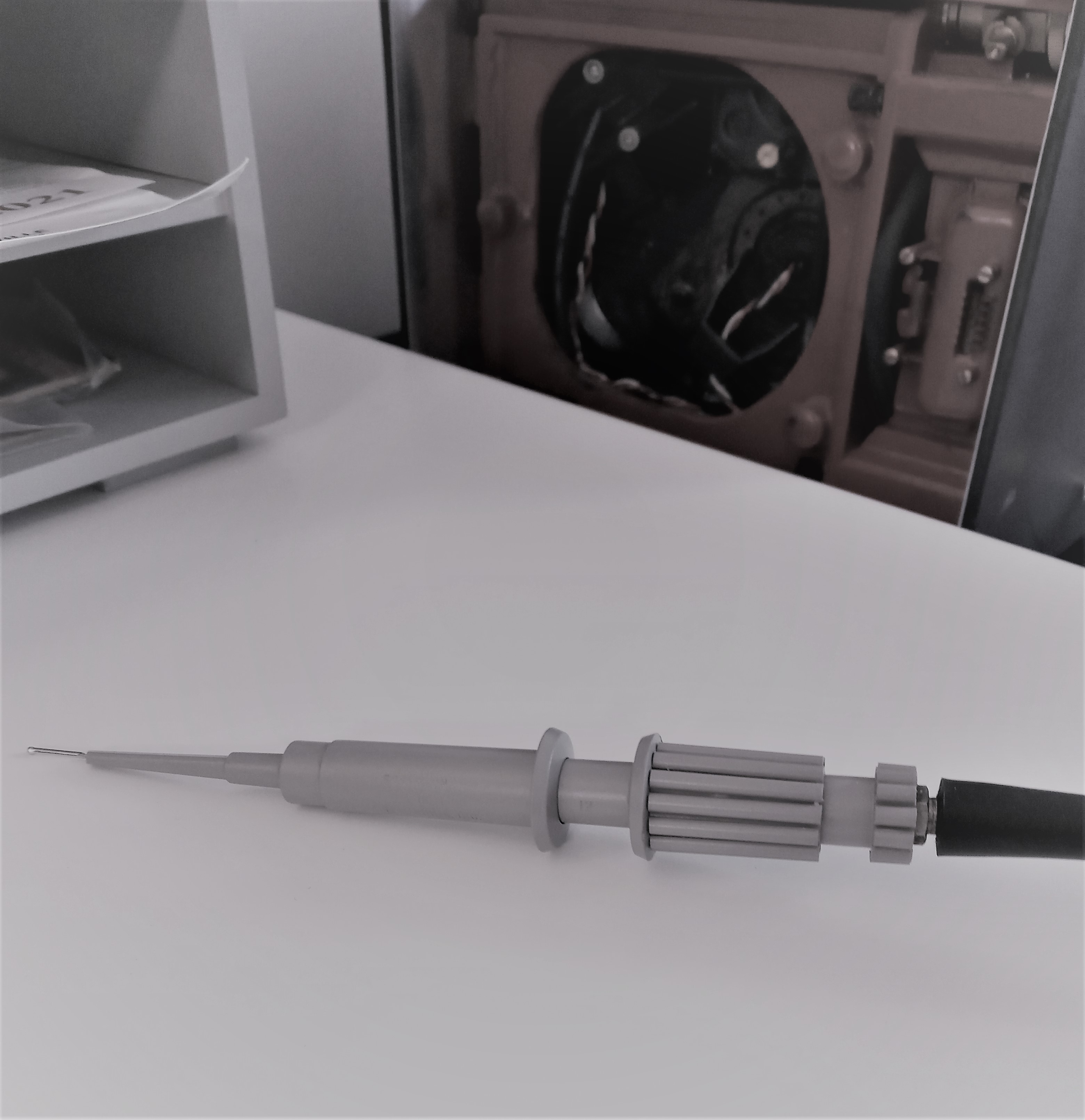 Yesterday at 9:54 AM
Kyle Butler