Don't know what happened with the old thread by creamedgeezer or if this topic belongs to this section, but here it goes...

Months ago, creamedgeezer started this thread of his CELTIC TOUCH ESB Vader Helmet. The progress was going well until he decided to sell the helmet, being ME the NEW OWNER of the helmet. At that time I was deployed in Afghanistan, and I continued the thread, with no big difference on the thread until NOW that I've decided to continue the work on it, and FINISH IT just before I sell it. Two people interested so far.

This helmet I was selling it as a "kit form" (unfinished), but I was feeling that it is unfair to sell something not exactly completed. After posting the selling thread of this helmet, since I'm upgrading BIG TIME, and two other helmets in my garage taking a lot of space, I've decided to sell this one instead, but not before -last-minute-decision decided to rework it and finish it to then sell it properly. It only needs an "AUTOMOTIVE" Clear coat for better effect, and it will be good to go.

This is how the helmet started in the original thread:

This is how CREAMEDGEEZER received his helmet at the beginning after bondo and sanding (and thanks for the helmet and the job you've done so far), 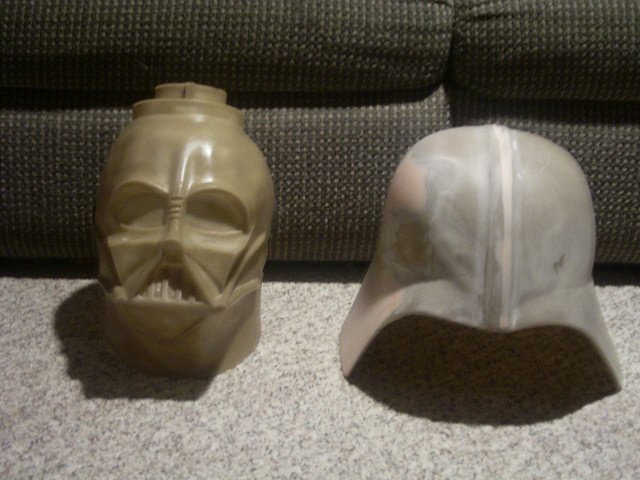 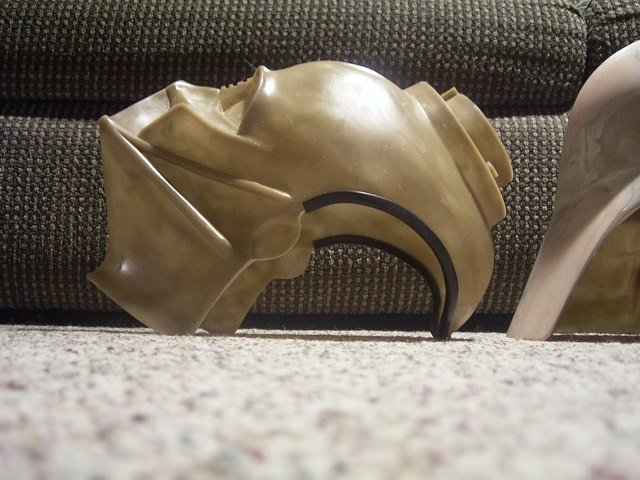 From here, he sanded, primed, and painted the helmet. The original post showed all the progress, and he was barely half way on it until he sold the helmet to me. Here's how he ended up the project (and nice job so far, just not enough time sanding it, to be honest). The finish was really rough in some areas in both the dome and the mask, which was like painted sandpaper in some areas. The pics doesn't show exactly the areas where it was the worst, but somehow you could tell. 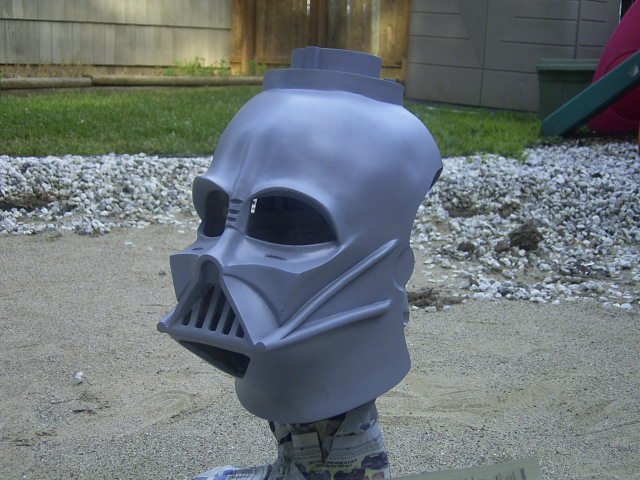 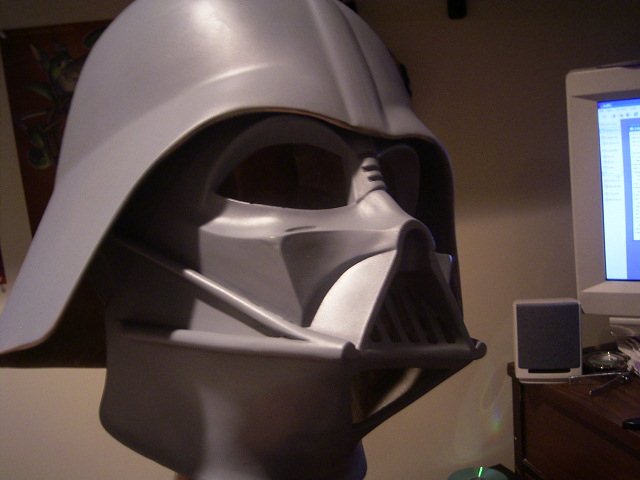 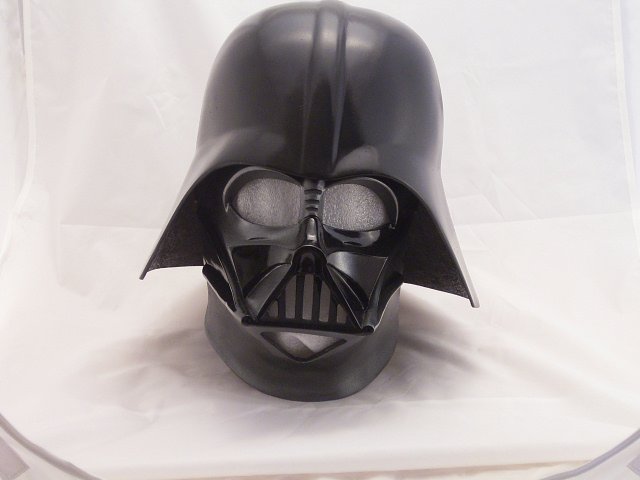 From these pics, now you could figure out which areas are the rough ones, and the dome was full of them, including the mask in the non-visible areas and the neck specially, 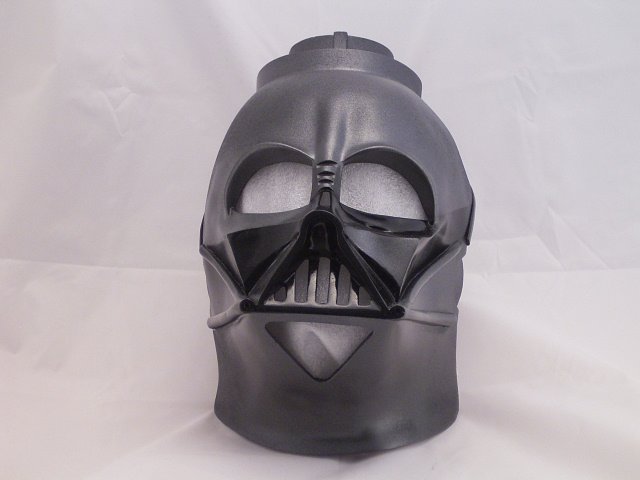 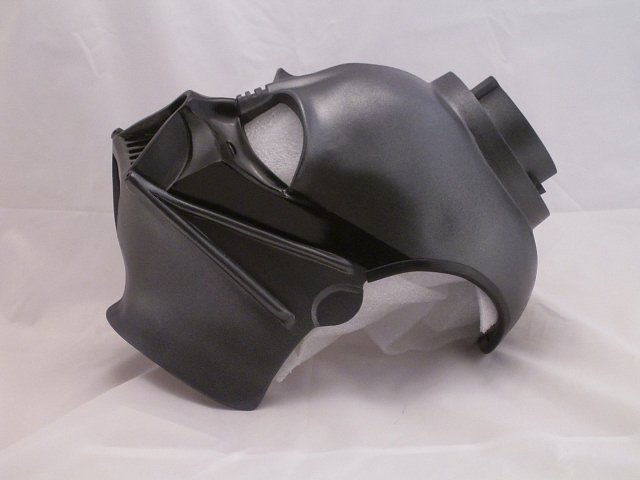 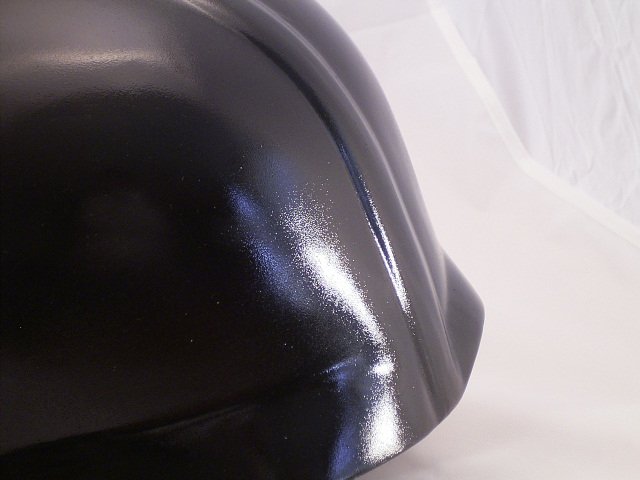 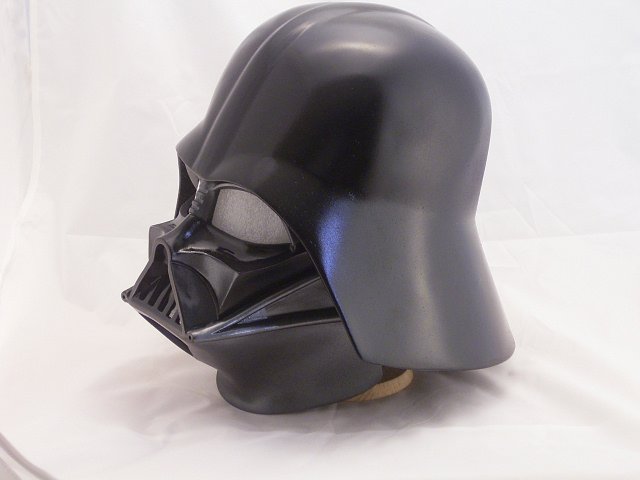 and the parts kit included (including the PAINTS). Don't ask me how they made it through Customs...all I know is that I got them as well. 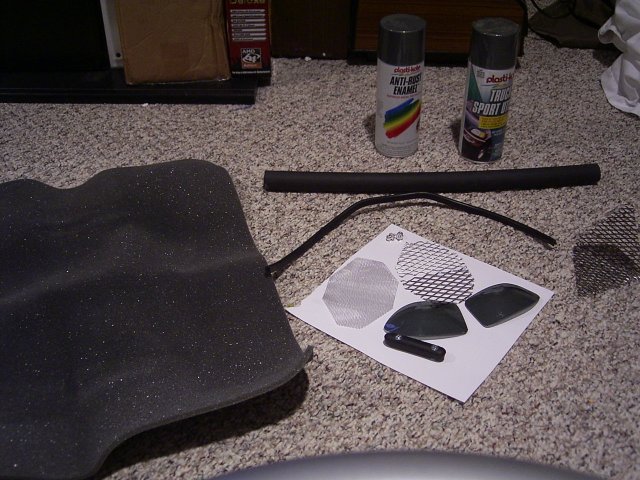 Now, this is what I've accomplished so far with the helmet:

Decided to dry-sand the dome and the facemask to a smooth texture, 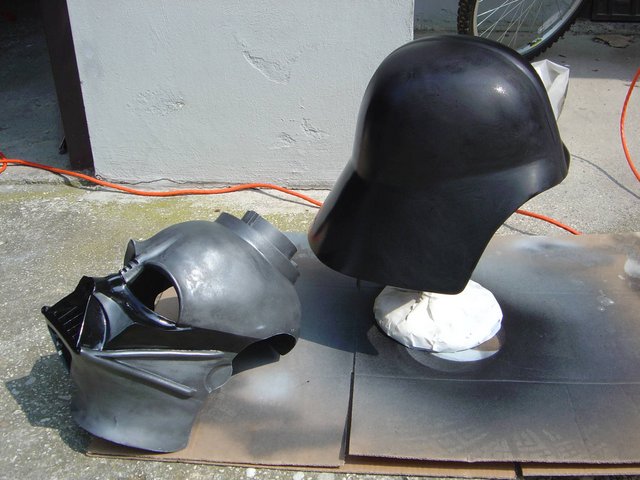 Close up of one side of the dome dry-sanded, 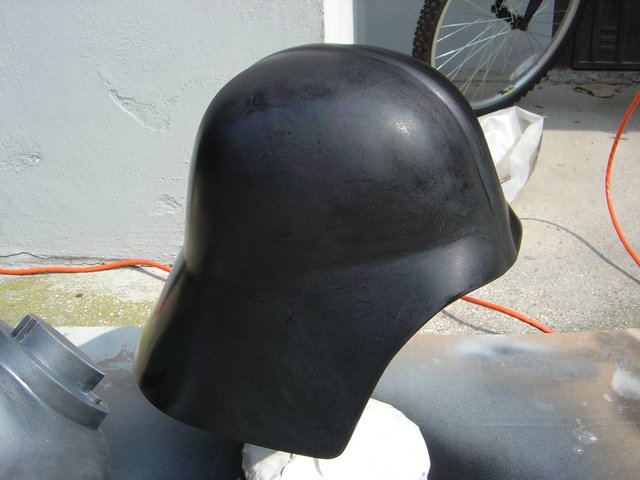 and the other side, 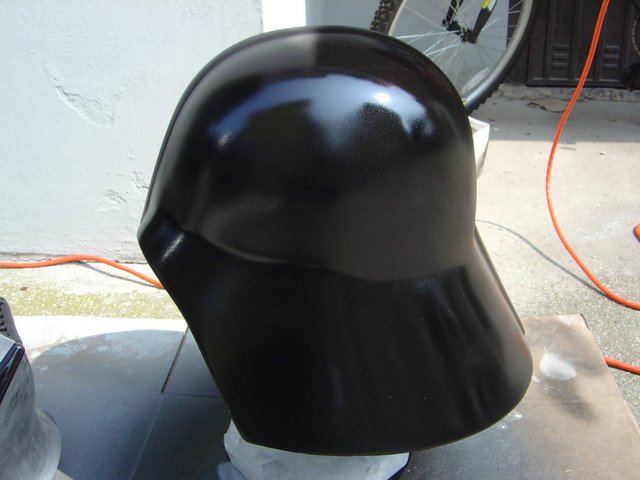 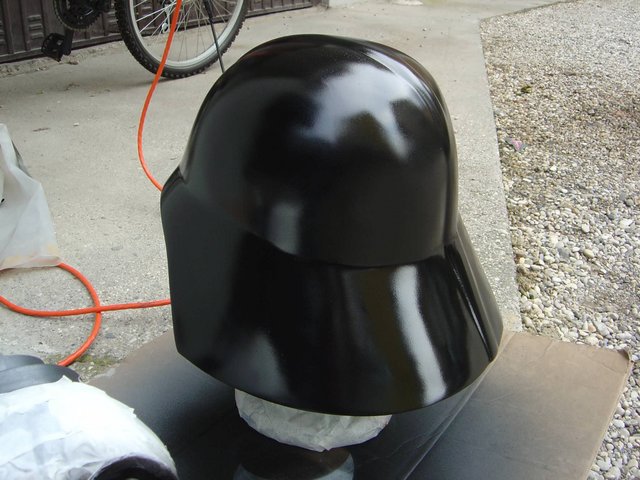 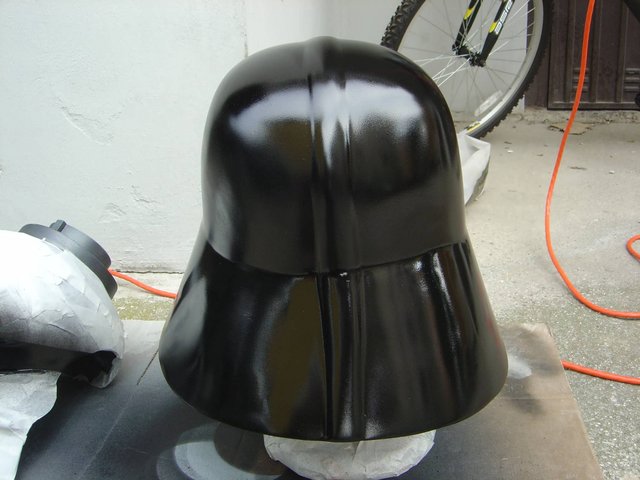 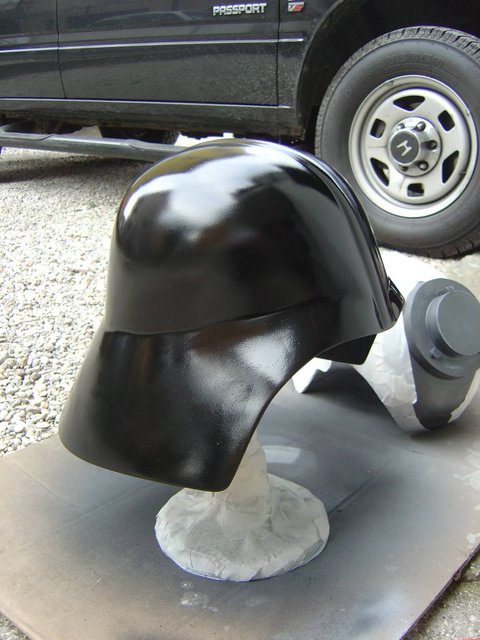 Now, I masked the faceplate, and painted with gloss black, 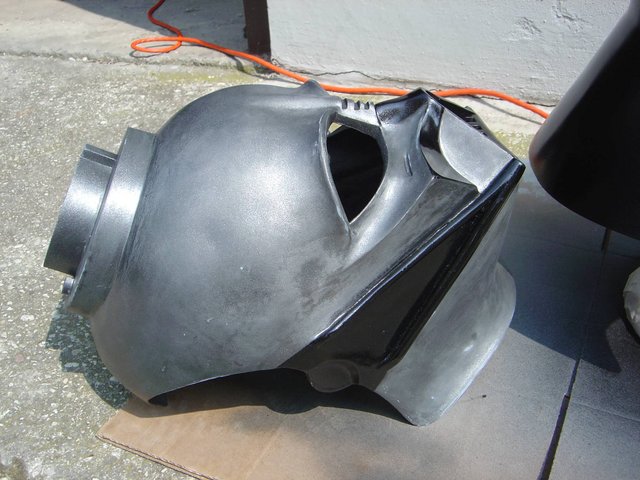 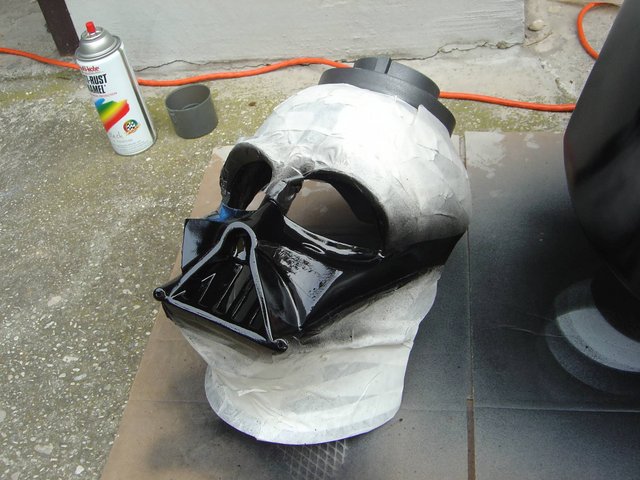 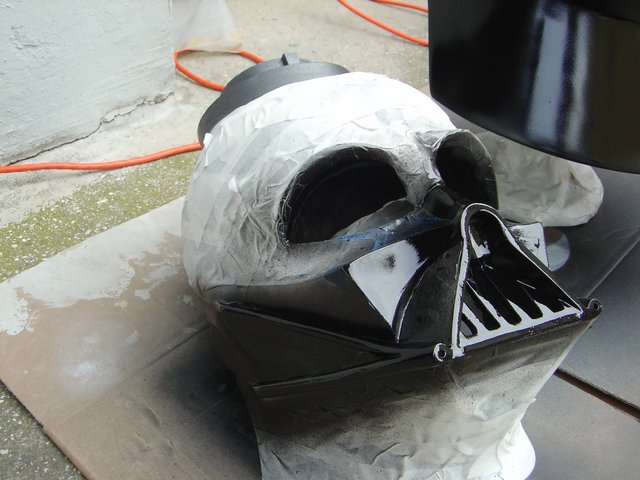 I didn't take pics of the Gunmetal color process, since it's redundant to the previous step, but here's the end results after the whole process, mask already -partially- finished and -partially- assembled, since all the parts are just put in place there and holding with masking tape, which I will continue either tomorrow or during the weekend to finish the project,

Tell me what you think.

RPF PREMIUM MEMBER
That looks great. I was hoping to see this one finished

Facemask looks good....although the dome seems to have some peppering....you may want to wet sand a shoot another coat indoors...may give a more even smoother finish.....

Great progress on a fine kit. Would love to get my hands on one of those.

Is it just me or does that dome look different than the other Celtic Touch domes around? It seems to be less flared than usual. Looking better.

A trick when painting. Since gloss black has a tendency to not cover the surface as well, or leave this grainy surface when dry, I always use matt black, as it gives an absolutely smooth finish and shine when clear coating afterwards.

No point in using gloss black if you intend to apply a clear coat as well, imo.

Pretty darn good with Rattle Can.

I love the back of the CT face masks. Always have.

You did good. :thumbsup

Still seems to be some orange peel effect on the done. Wet sand it a couple more times and recoat (as Kev said). Polish the hell out of it and it will be like a mirror.