ok so first i have to tell you a few things.....
1. there will be NO camo netting on this pred. reason being that my pred is an elder who has hunted for a very long time and feels that if he needed to be invisible to hunt then he didnt deserve to hunt, he looks upon those in his clan that hunt with with camo netting with distaste feeling that it dishonours the clan

2. any of you that remember valcar (hasnt posted in about i year i believe...we lost him to world of warcraft) should know hes a close friend of mine and i will be taking a LOT of inspirations from what he built before he got lost on WOW

3. my pred will also employ very little tech, for example his gaunts are going to be armour plates conected to leather bracers and he wont have a sholder cannon...he elder also feels that killing form a distance is dishonourable

4. i cant think of anything else i just like nubering things

ok so to begin...my armour will be built using sintra (i learnt from valcar but im no where near as good as him lol) i have the chest and back armour built (when i originally started this project i built some...so i updated and repainted it today lol)

1. (here i go with numbers again) as soon as i get paid pay for the bio i want (if bond is still up for it )
2. finish strapping the armour
3. build my elder sword (kinda like the one in P2 but slightly customized)
4. put a **** load of stuff on sale to fund my pred
5. try and buy some bones and skulls vto build the trophy necklace (started but i only have 5 bones from a chicken lol)

when my flatmate gets back im gonna get him to get his camera out (mines bugered) and get some pics of the sintra armour up on here by tonight (might not have time cause ive got an airsoft game on tonight...night games rule)

Sounds like a good plan. Looking forward to the pictures!

ok so here goes....first i'll show you the concepts for my bio and what its based off:-

i edited this pic i found in the reference art section to look like my bio idea...the main bio will be silver...the talons will be sculpted on and painted gold 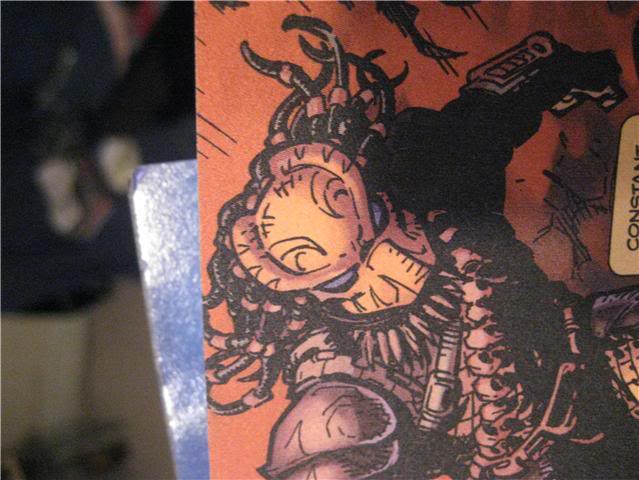 i based my bio off this bio from "AVP thrill of the hunt" comic!

so heres the armour!!! 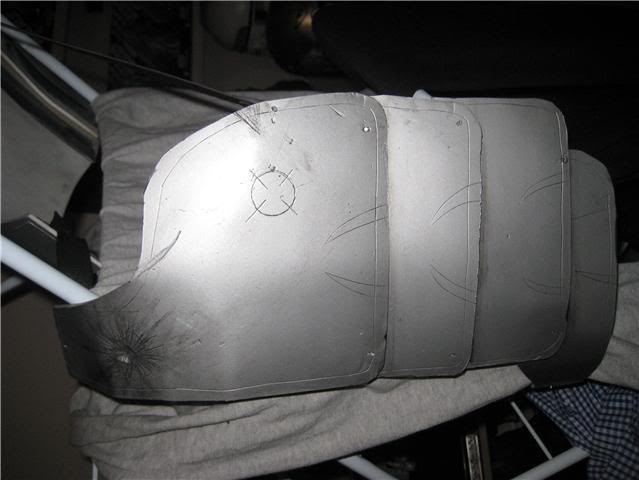 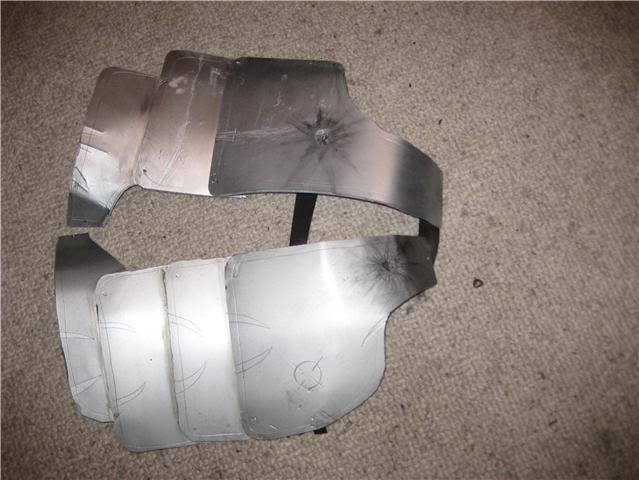 and i got started on my bone necklace!!! 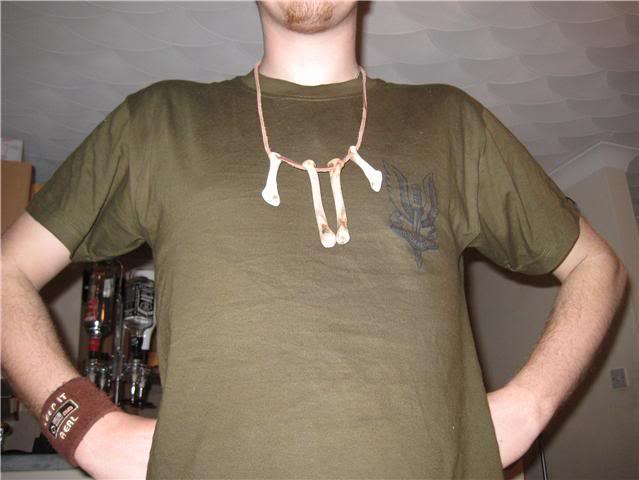 nice what the armor made of?