I wanted to model, 3d print and build models since years. I allways put it off and did other stuff because i didn't knew what to build. But then i saw the Omega and Warlock destroyer builds on this forum. And that gave me the inspiration.

I made a model of a Hyperion Class Heavy Cruiser years ago in 3ds Max. But i did it low poly. And the model wasn't build with 3d printing in mind. But with that new inspiration i decided to rebuild the model in Autodesk Inventor.

I took a few measurements of my old model and thought that i am able to print all the details with a 0.4mm nozzle if the ship was 60cm long. I put that scale to the test by modeling the aft thrusters first. This is what it looks so far. 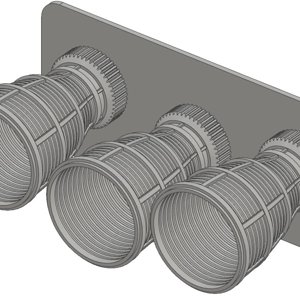 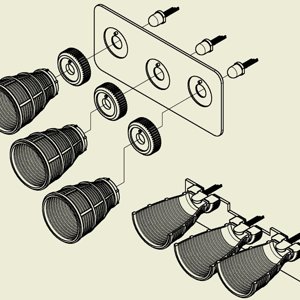 Next, i want to put the big sections of the ship together to see how i have to divide them for printing and how i can assemble them. I want to be able to change the electronic and the LEDs.

I had the idea to put motors in the turrets and have the ship play little simulations. But i can't find motors that small with low enough rpm. Instead i will make fixed turrets and just have light and sound.

"I had the idea to put motors in the turrets and have the ship play little simulations. But i can't find motors that small with low enough rpm. Instead i will make fixed turrets and just have light and sound."

Have you looked usung a reduction gear setup? I know space is a premium inside the model but it might work for you.

19narvik40 said:
"I had the idea to put motors in the turrets and have the ship play little simulations. But i can't find motors that small with low enough rpm. Instead i will make fixed turrets and just have light and sound."

Have you looked usung a reduction gear setup? I know space is a premium inside the model but it might work for you.
Click to expand...

Maybe i wasn't thinking straight or i have now a better grasp of the construction, but i can't remember why i thought that there was no room for motors. Even the bigger geared DV motors fit in most places. Did i test the fit on a 40cm long ship and didn't think that scaling it up to 60cm would make that much of a difference? Micro servos would be a good fit in the other places.

I ruled out these micro servos because of that screeching noise. But when i turn one slowly by hand, it doesn't sound that bad. I will hook one up to an arduino and hear what i can do. They would add much less weight as well. And since the turrets only need to swivel toward the room, i can still run glasfiber to the tips of the guns and have them dangling and twisting inside.

That brings the whole build back into the right perspective.

The aft thrusters are finished. The LED's are NeoPixels. That way i can mix the right color and maybe make it change with poweroutput and brightness. 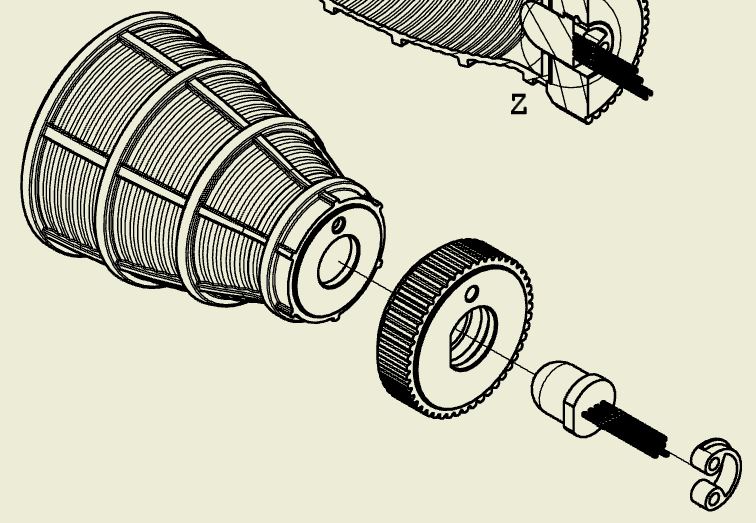 Then i finished the "backwall" of the enginesection. I will try and print all the pipes. I rather sand them smooth then try to bend them out of wire. 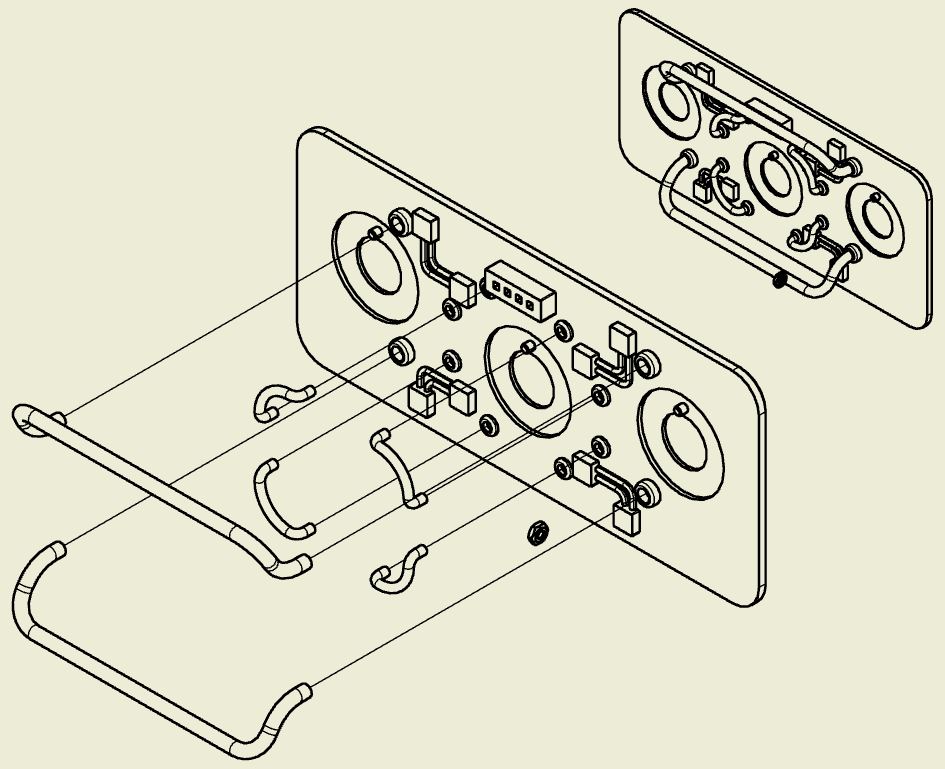 The thrusters and the Backwall will get glued together. And the whole thing snaps with magnets into place. That way i can pull it away and can continue to disassemble the model. But i still have no solid idea about the internals. It will reveal itself over time. I keep adding more sections to the ship and detail them from the back towards the front.
And i need to get one of those fiberoptic lamps to salvage the fibers. I need to know how thick they are. I hope they fit into the little barrels of the turrets. I thought about using the fibers from an optical patch cable for computers. But the fibers are to small. And i'm not sure about bundling them together. I want the glowing point big enough to see it from across the room but also "solid" and "crisp". Not made out of little tiny dots. 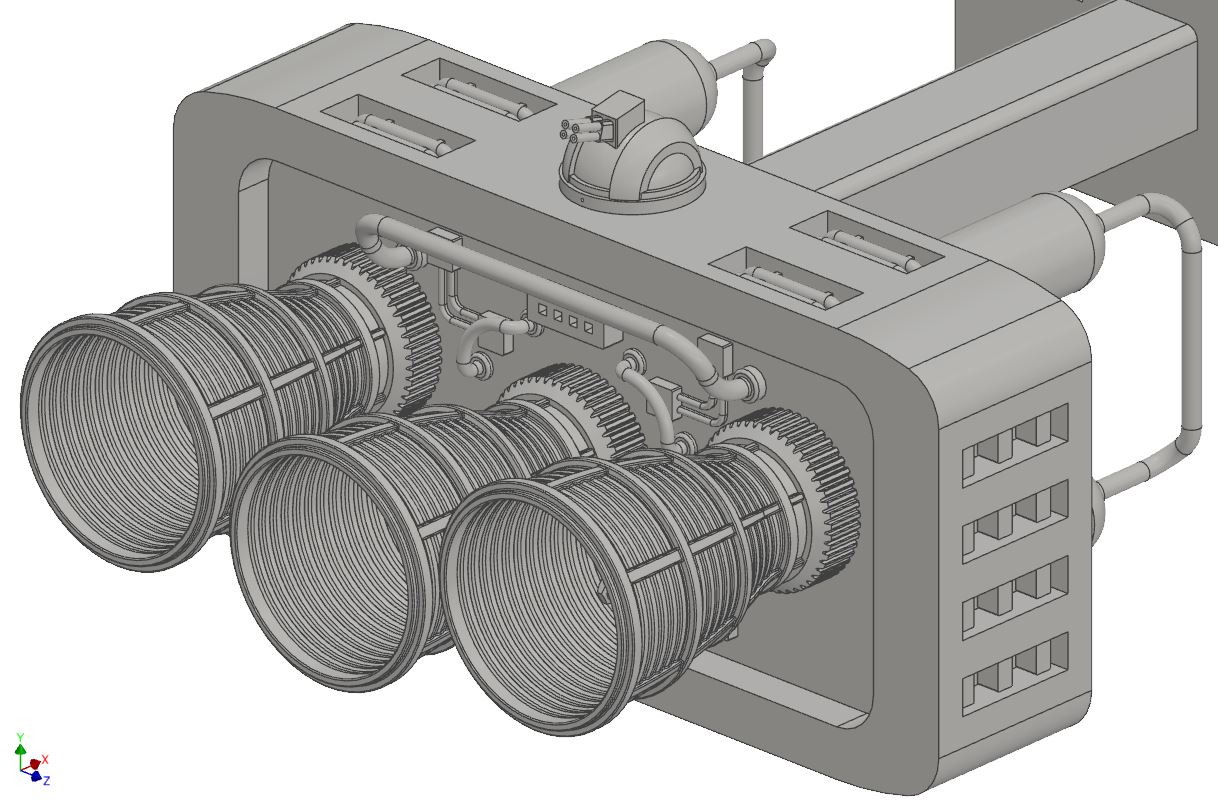 Since you seem adept at using microcontrollers, consider using stepper motors and check out SilentStepStick. I really don't understand why people aren't adapting these for use in model projects! They can make a stepper motor almost totally silent!

What 3D printing filament are you using for armor/helmets?