You can find the pre-release discussion thread here.

Avengers: Age of Ultron gets released worldwide on April 22 (Wed) onwards across Europe, Asia, Australia and others. May 1 is the release date for US. 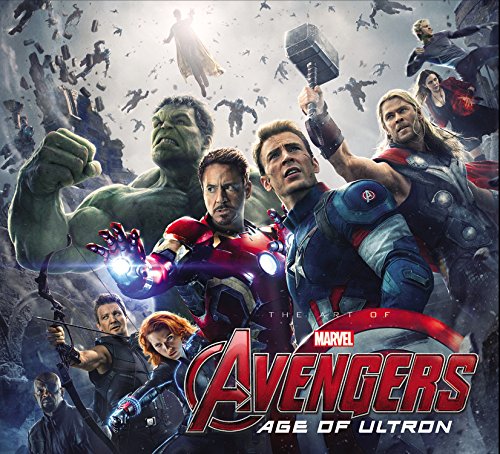 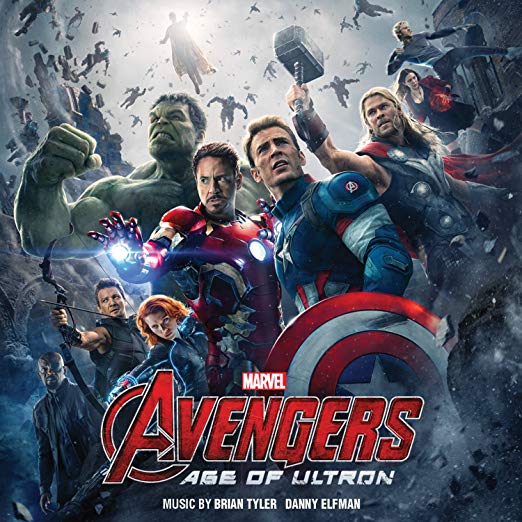 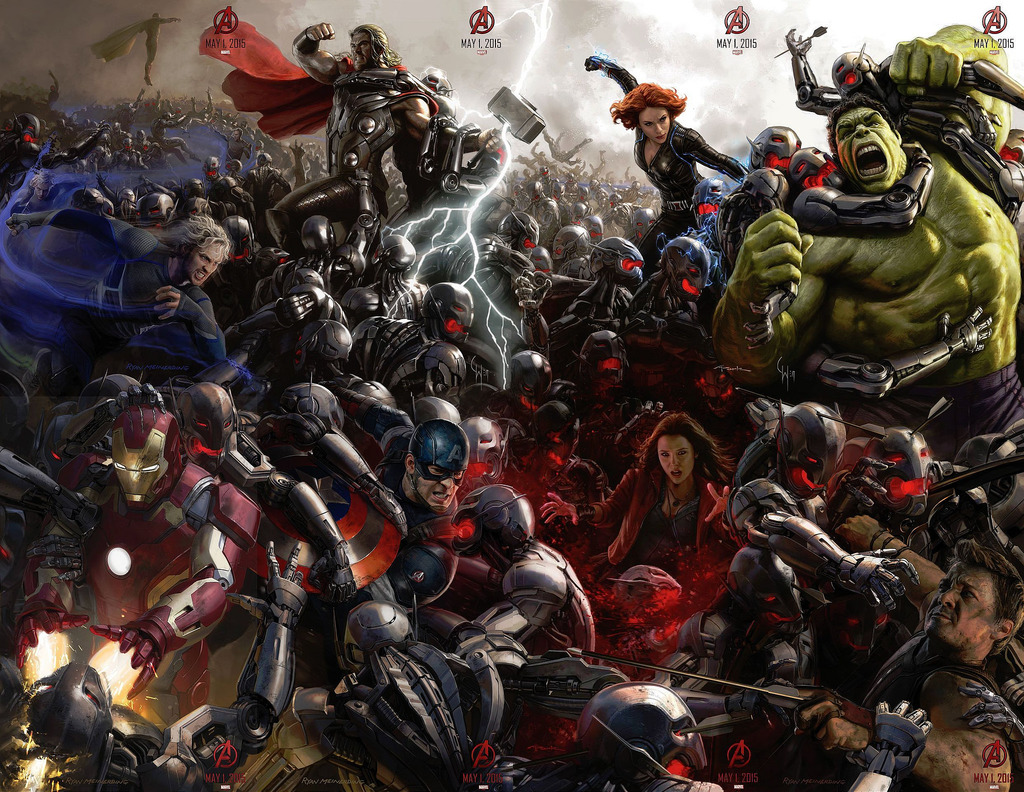 Got my ticket! I'll be watching it this time tomorrow

I'll be watching this in approximately 24 hours...

If anyone sees the midnight showing can they let us know if there is an after credits scene or not.

I would hate to be late picking my kid up from school because I stayed ten minutes to see something that didn't even exist.

I'm at the midnight screening tonight...posting here was gonna be the first thing I'd planned to do after.

I'd put my money on there being an after credits scene.

Yes indeed, mid credits scene. Spoilers for those wishing to read:
http://www.reddit.com/r/marvelstudios/comments/32s2y3/heavy_spoilers_age_of_ultron_spoilers_here/
Somewhat dissapointed by some of the spoilers, but still excited and looking forward to seeing it.

Well, I enjoyed that. It's a different kind of dynamic then the first one. Definitely getting a couple of viewings out of me. No end credit scene, only the mid one.
J

Definitely a solid movie. Full of funnier jokes then the first one. However they may get tiring when watching for the umpteenth time as there's loads. Not an origin of the team so different from the original in so many ways. Really enjoyed it. It is all action. Pleased with WM content. All handled well I thought. Didnt see the 'kill' coming. Sat through it thinking hawkeye was going to get it lol. Visions bit with Mjolnir was perfectly set up with earlier scenes.

AAoU was the ONE movie that i planned to see in a movie theater, I have been to the movies the last t8me over a year or so! And man did I spend m8ney on movie tickets in my life...

I've just got home from watching this and I have to say overall, effing awesome. Managing to fit in what they did was just incredible. So I'm gonna rattle off a few things, not necessarily in chronological order, just as they come to me. There shouldn't need to be a spoiler warning here but someone is bound to complain so.. SPOILER ALERT. BIG TIME. LIKE STORY TWISTS AND STUFF.

the new iron man suit is cool and all but there was no real obvious need or reason for it. The animation for it really bugged me, it seemed really poorly done.
heck yes war machine makes a few appearances.
quicksilver dying was a bit cheap. Kind of annoyed at that as he was just starting to get interesting, I guess scarlet witch does have a much bigger story arc in the comics so...
hulk was effing amazing. Really really awesome. Mark Ruffalo is the best hulk and Bruce Banner ever.
ultron looked amazing but he wasn't as humanity-destroyingly awesome as he was in the comics. More like a mentally unbalanced potentially dangerous person. Still.. He made the story.
heck yes vision. Though in saying that his appearance was rushed and kind of disappointing. He's definitely not the same vision from the comics. and heck yes mind control gem in the staff, totally called it.
HECK YES INFINITY GAUNTLET.
I'm sure I'll add more to this but that will do for now!
J

I don't like the new suit as much. Guessing it was to do with jarvis getting removed from the other one? I actually liked the mk 43. The extra red made all the difference. The hulkbuster fight was HILARIOUS!

I didn't even notice the ironman suit was different.

Did not enjoy this as much as the original avengers, it just felt a bit soulless, a bit by the numbers, there were a few moments of Joss Wheldon wit, but the only thing I could compare it to was like watching serenity after seeing firefly, the characters where all there, but they didn't seem to be acting like we remembered them for the most part.

I took my wife to see this today, and I was due to take my kid to see it at the weekend while she is at work, but I am not sure he will sit through it without being bored in places, because I sure was.

I saw GOTG four times at the cinema, but I am not sure I would see this one even twice.
C

Poor Joss Whedon. I can see exactly why this film has nearly killed him. I think the demands of trying to weave together the movie he wanted to make with the one that Marvel needed from him must have put him in a terrible predicament at times. The result is still a very strong one , but occasionally you can see the awkward stitching.
First off though it’s great fun and everything that you’d expect of a MCU movie as done by JW. And I do mean EVERYTHING!! It’s absolutely jammed to bursting point , so much so that they could have lengthened it a wee bit more . But believe me you can all relax about spoilers and the tiny amounts you’ve seen in the clips because they are just nothing in comparison to what’s stuffed in here with the story ,nothing at all!!!!!! What a cast!!!
And you can also “forget” about the VFX because that’s an almost flawless process now (apart from the odd Hulk /Iron man shot), and there are action set pieces here that are truly stunningly heroic and I really DO mean that. I really loved the “Veronica” sequence!!!! Anyway it mostly looks brilliant and it roars off into dazzling combat from the word go. Very TESB like.
But where do you go after that great beginning? What do you do once the parties over and the mind games begin? Well then, there’s the rub.
It’s a typical Joss Whedon film. Trademark humour ,and tons of it , sharp dialogue and a cast working with each other like proper old mates. It’s a very well worthy Avengers sequel but its what has happened to the MCU since it came out that’s partly an issue . I recently watched Daredevil and most of the others in order , finishing off with the Winter Soldier last night. So I found the tone set by AOU felt slightly out of sync and some of the key relationships. It’s not Joss’s fault thats his directing style, and although it is darker and very much more character driven , its still a bit lighter than what’s come out since, and certain pieces were a little off because of them. I guess he wrote and filmed it whilst they were being completed.
A lot of people have said AOU is the “The Empire Strikes Back“, which given the opening and the ending I can kind of see. But it isn’t. Truth be told it was “The Winter Soldier” that was the stunning game changer for me. And so AOU struggles a bit against that rather more robust and serious story style. Its just too funny sometimes and a little too dreamy. So I can see now why the Russo brothers are doing CA: Civil War and “Infinity ”.They 'll bring back that change in direction that’s probably necessary to nail the remaining stories. Now I’m not knocking Joss’s effort here at all as he succeeds brilliantly for a huge proportion of the story and he's had the vision and the stones to manage most of the difficult changes through to the end magnificently well.
Anyway personal preferences aside I thought Ultron was an entertainingly sarcastic villain (though I thought the logic to his creation origin a tadd off) and with Spader’s voiceover he’s totally Tony Starks evil AI twin. Talking of twins they are both great early additions, particularly the Scarlet Witch, from which most of the stranger elements in the movie come. So some of the back stories you get slow things down and with the rest of the guest list being as epic as it is it flies less well than the Avengers , but then it needs to be the lead into phase three and I’ll be curious if none comic book fans will be overwhelmed by all this or not.
“The Avengers” was a much simpler and successful movie because of the steady introduction of the characters into it from their own films so some storylines felt rather briefly shoe horned into AOU, just by way of an introduction. Marvel probably gave Joss Whedon one of the hardest pieces of work to do for any Marvel film that’s been released yet. They threw down the gauntlet and he has pretty well succeeded in taking it where they need to go, I can see why he deserves a hell of a holiday after this (and why he gave that icecream salute to Edgar Wright)!
In summary neither Marvel or Joss have dropped the ball. It’s yet another great Marvel film, but finds itself up against some stiff MCU competition recently and might unfairly suffer a little by comparison. I’m going to need to see it a second time, just to pick up what I missed and I might shoot for 3D.
Go see and enjoy. It really is excellent fun and spectacular.

PS: The audience really enjoyed the “Ant Man” trailer, it got as many laughs as “Minions” anyway. And NO Star Wars teaser trailer. Who would have guessed!

My top five so far : The Winter Soldier
The Avengers
Age of Ultron
Iron Man
Thor
("Guardians of the Galaxy" would have been top, but I don't feel it fits in with the rest of them just yet)
Last edited: Apr 24, 2015

We didn't get AntMan trailer at my screening, which I was disappointed with. They did, however, show the first Fantastic Four trailer, so that made it worse!

Half an hour of frigging adverts though.
C

Yeah but some of those adverts were great!! I thought that Shell one was a trailer for a sci fi movie "Trashformers "!!! (And "Tomorrowland" looks excellent). Not too keen on a meercat movie though, but neither was Arnold by the look of it. Hope he can afford to get another cup of coffee soon.
Last edited: Apr 23, 2015

Joss Whedon did it again, producing another spectacular team up where every member gets their moment to shine, as you'd expect this is another very polished high production value film from team Marvel. With everything that is packed into this two and a half hour spectacular it is no wonder Joss Whedon needs a break, with a lot of location work and a large cast to wrangle it must have been an exhausting time for the writer director.

I don't want to the one to post spoilers, as I hate them myself and I wouldn't want an un-witting board member to accidentally click this thread and read something that could reveal a surprise (of which there are a few very nice moments).

Some of the characters who didn't see as much screen time in the Avengers Assemble get their back story filled out and it is film.

I saw this in IMAX 3D at Cardiff Bay today and was lucky enough to pick up one of the IMAX exclusive posters which is printed on a nice cardstock rather than the thinner poster sheet that the Guardians of the Galaxy one wsa printed on last year.

I LOVED Avengers: Age of Ultron, I will be going to see it going again next week.... and it probably won't be the last time either!

I hope you all enjoy the film.