This is a build I've been on and off with for a while now.

My intention is to have an interior which means that the exterior will be larger (in human scale) than the model/vehicle as filmed.

A long time ago Mattel produced a Space 1999 Eagle Transporter play-set with an interior and I've seen some great custom upgrades done with those. So, think of this as the equivalent 1:18 scale play-set for the Alien franchise. I built the Halcyon kit back in the day and planned to do an interior for that - but it didn't happen. I know that Hiya Toys began a funding campaign to get one made and took pre-orders on a prototype but funding fell through.

Anyway, on to the build. I can't yet afford the silly prices that 1:18 scale Aliens figures fetch on eBay etc - so I'm using generic troops for now.

I taped up the build so far to help me gauge some of the top panels and this is the first time I've been able to pick the whole thing up as one unit. As you can imagine - I had a grin on my face like a kid at Christmas. This thing is huge!

It actually doesn't look massively oversized either - which is a pleasant surprise seeing that the full interior - as filmed - will fit inside.

More to come but here are pics of how it looks today. 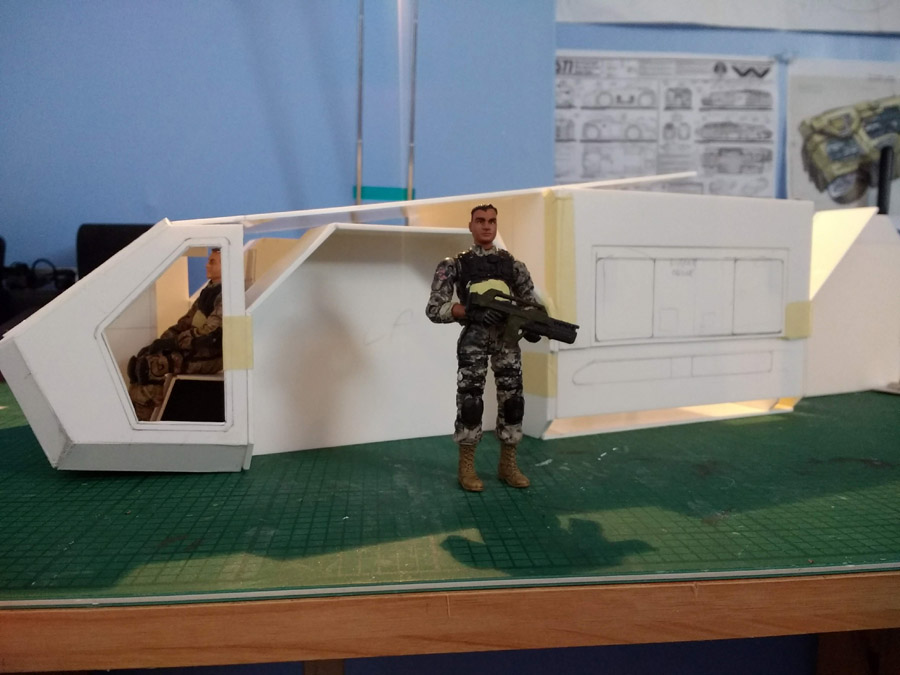 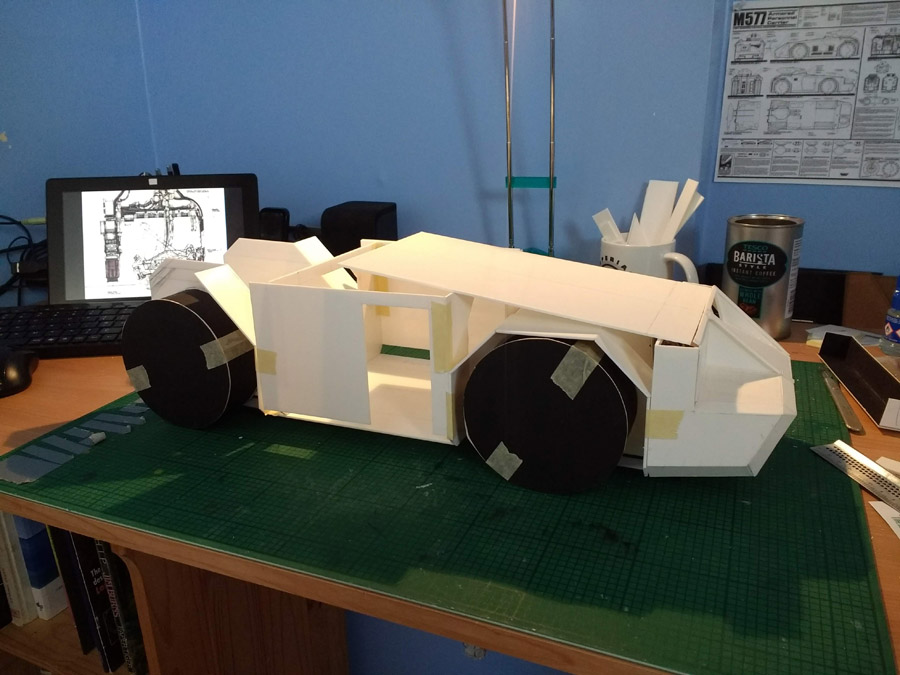 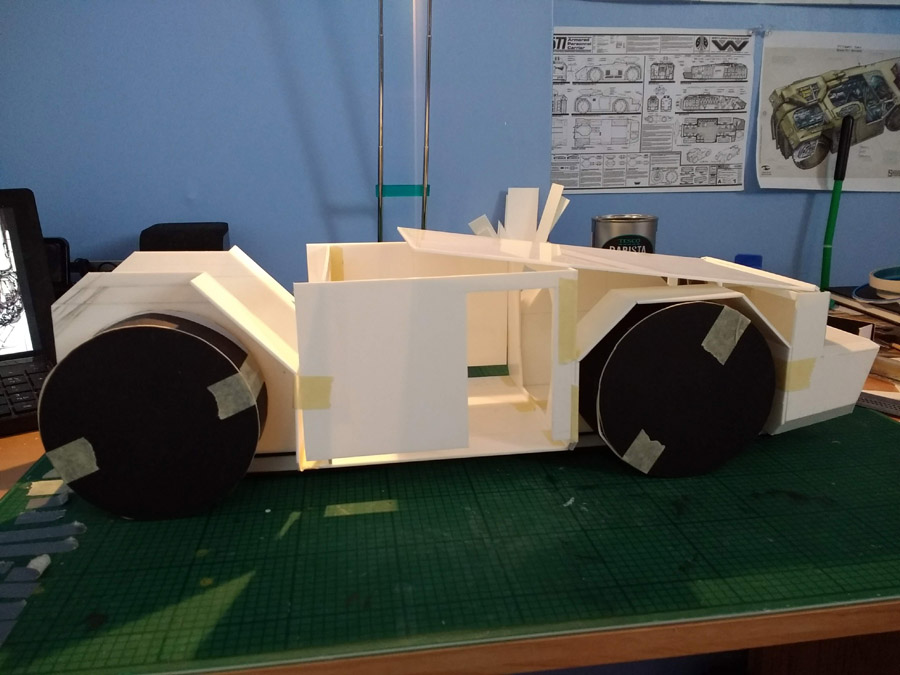 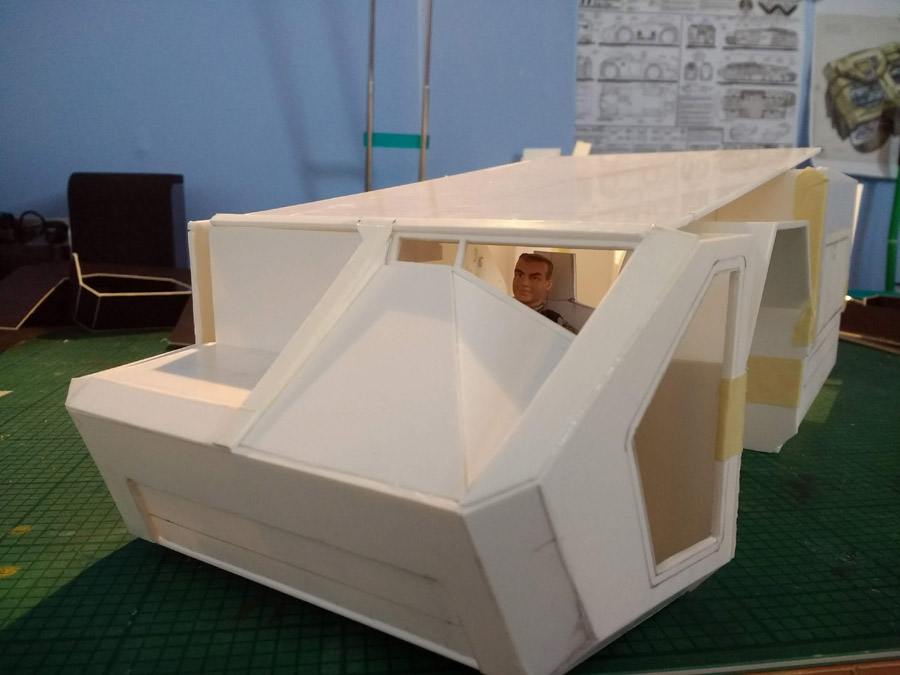 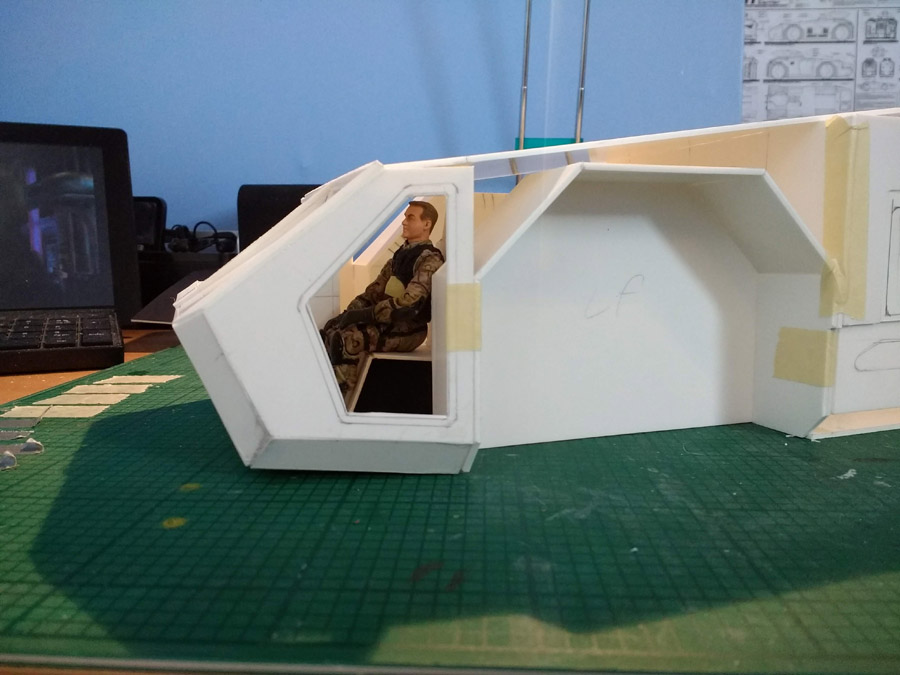 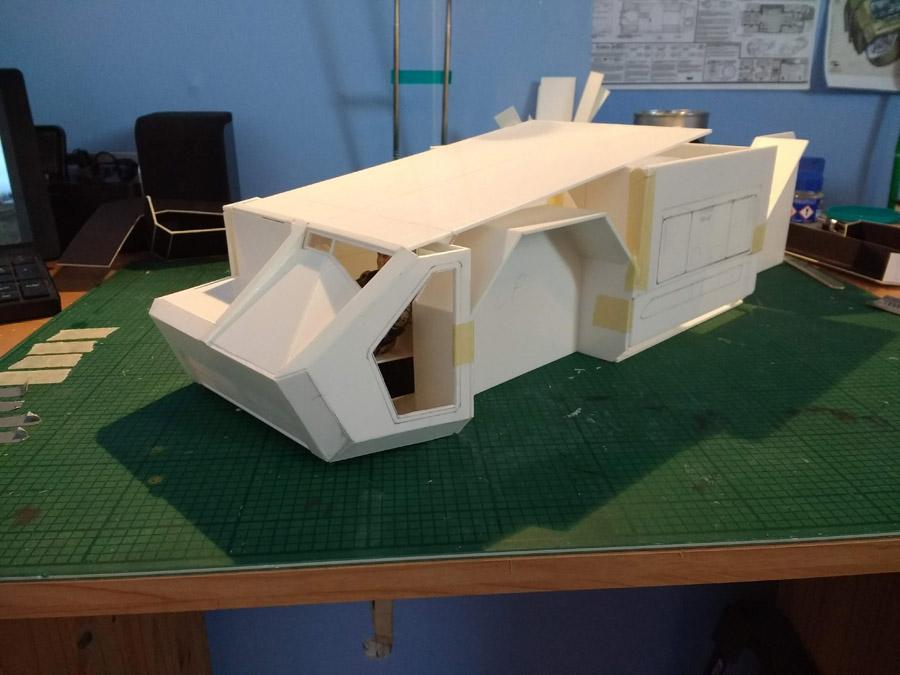 As far as I know the Hiya Toys APC is still a go. They have been delaying it for a while because of lower than expected pre-orders, but I haven't heard that they cancelled it. It's still up for pre-order of their website as well as many others.

Someone actually using their hands to make something, ahh this takes me back

Thanks guys! Ha, yes, I work with CG, 3d printing and general digital content all day so this is definitely therapy for me - going back to my styrene roots.

Some years back someone was working on a 1/6 scale version but I don't know if they ever finished it.

Some years back someone was working on a 1/6 scale version but I don't know if they ever finished it.
Click to expand...

It will be out any day now :lol

Ah yes, the crazy Dutchman:lol...very good start and question: is that pilot can actually see where he's going? Seems to me that he's a little low in his seat

Joberg - yes, the driver is sitting a little low.

His seat is a temp job - not at correct height. That window is awfully close to the roof of the cab though - a bit of a design flaw!

I'm working on some of the interior fitments at the moment. I want the screens on Gorman's console to be back-lit so I'm making sure there'll be room for that. 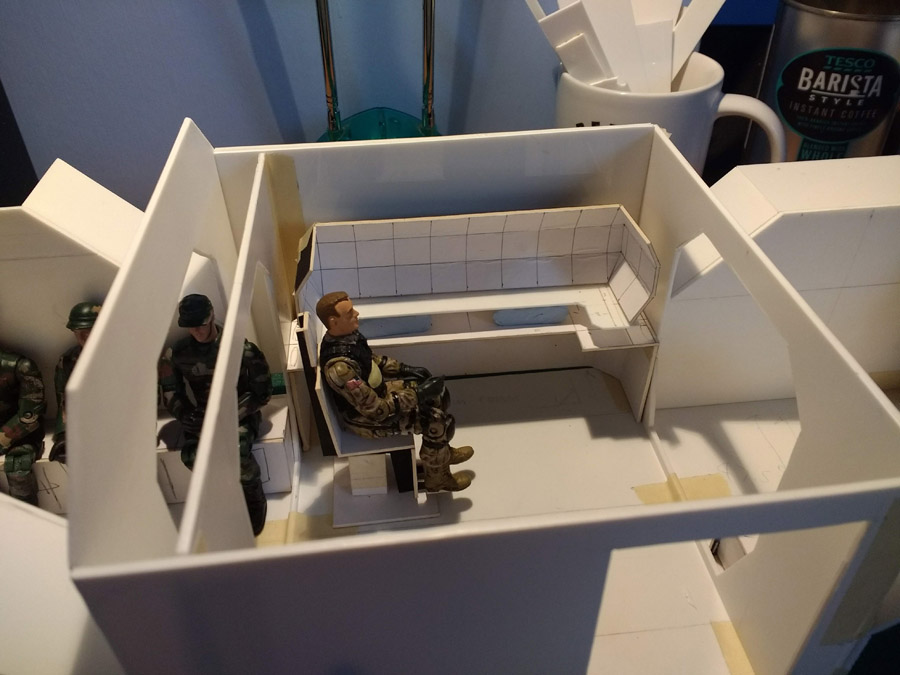 I'll be doing another round of screen-grabs to look at placement. I'll also hopefully be getting a couple of genuine Hot Toys Aliens figures soon so I can do some final checks on seated height, shoulder width etc. 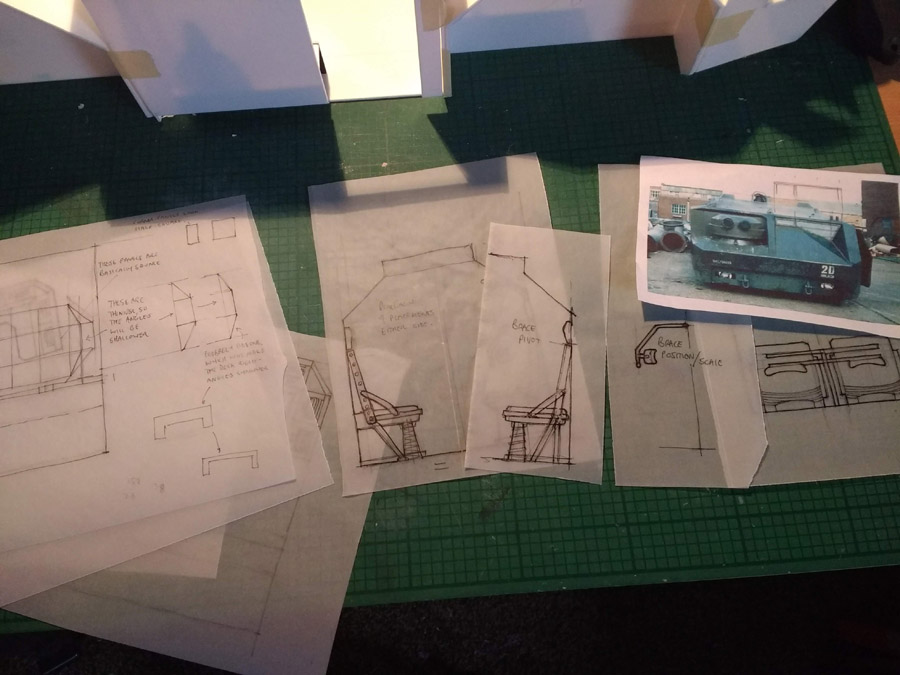 The rest is getting sketched out so I can start properly on interior bulkheads and seating.

With something that large you may need a metal frame.

With something that large you may need a metal frame.
Click to expand...

Thanks Stormy - we'll see. I can add in strengthening strips under the base if needed.

I love this time of year!

Ready built lighting kits complete with battery boxes and switches for under 2 bucks. 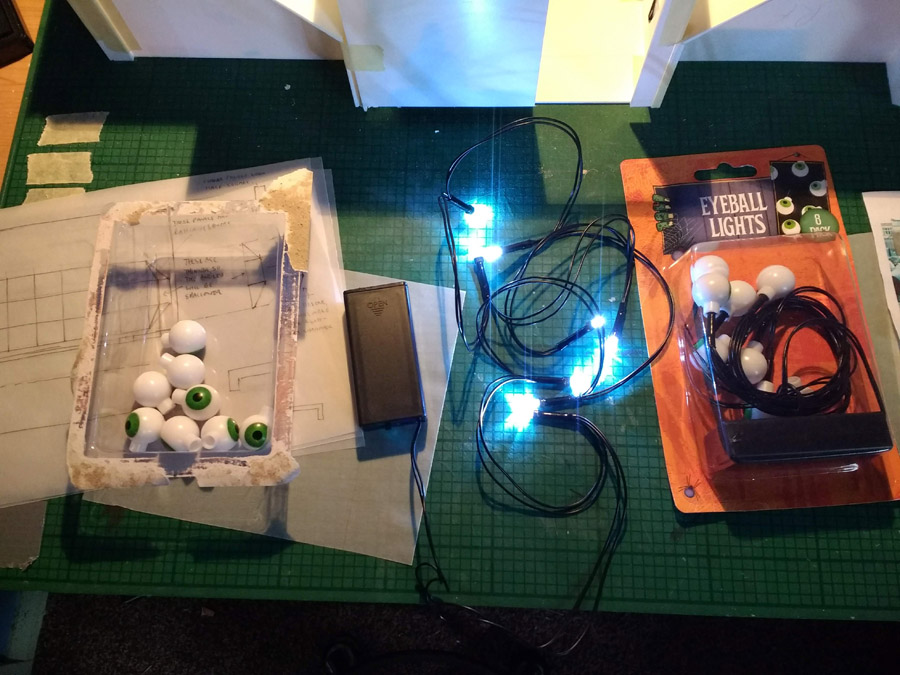 I can hide the battery boxes in these vertical spaces and have one for each side, then add one in the back and one in the front. 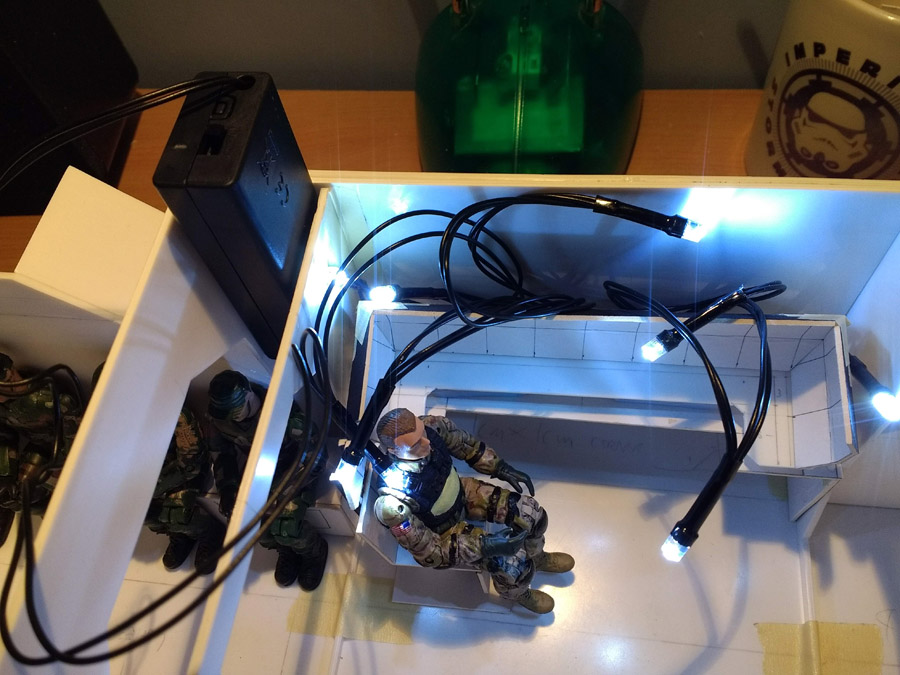 For anyone doing the same - try to ensure you buy cool-white LEDs.

yaris said:
nice to see something being built and not printed.......
Click to expand...

Looking good so far...and you're right about the season and lighting kits...found a Xmas ball at Michael's for $2.50 and it's the perfect size for my HAL plate from 2001
Keep up the great work!

Some more progress pics. I've been concentrating on the integrity of the shell. Everything is now glued up except the very back panel and the nose section. I'll leave those off for now so I can detail them separately. 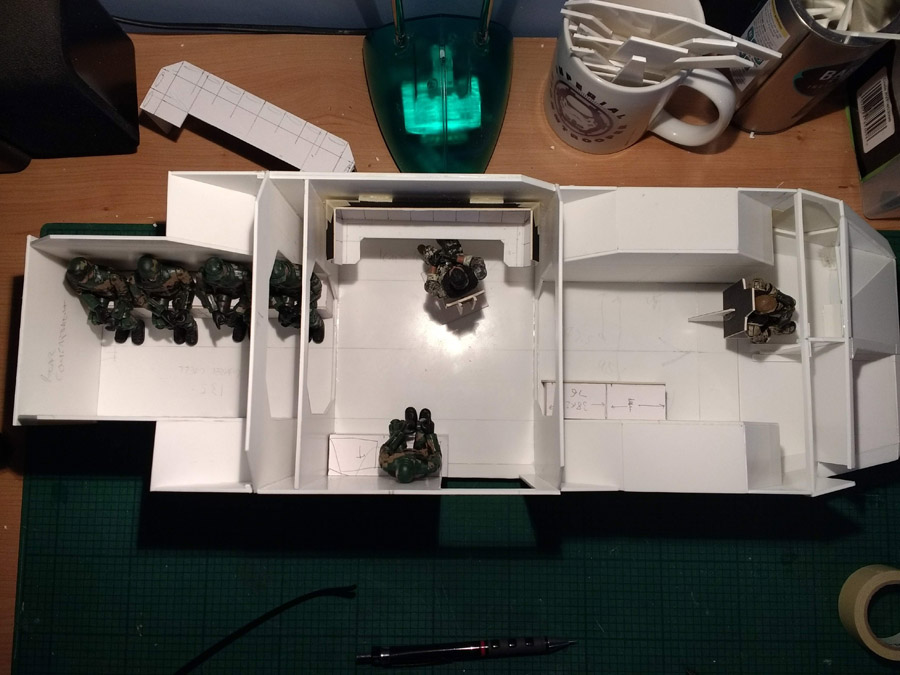 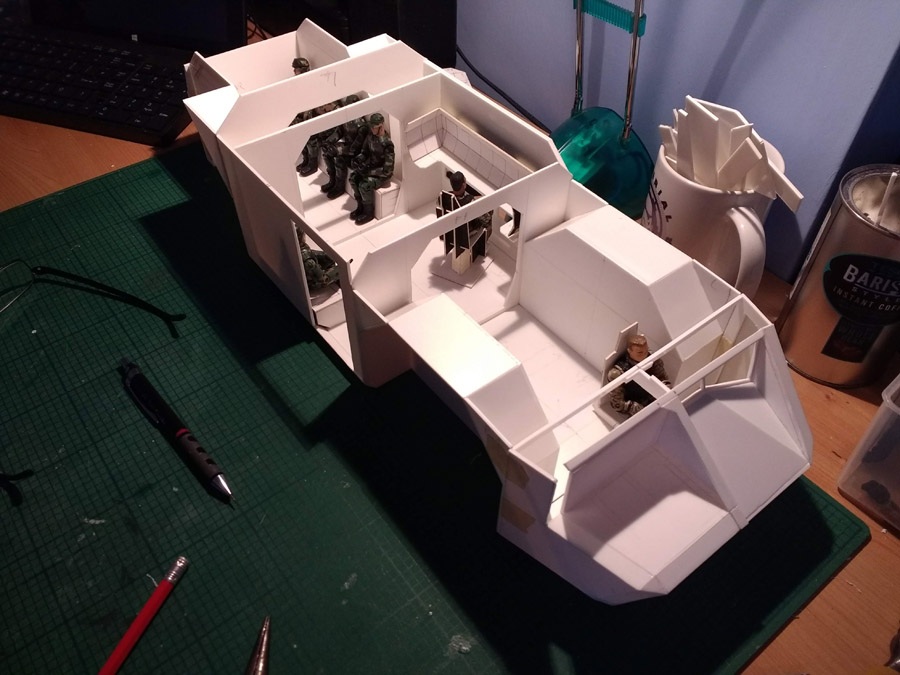 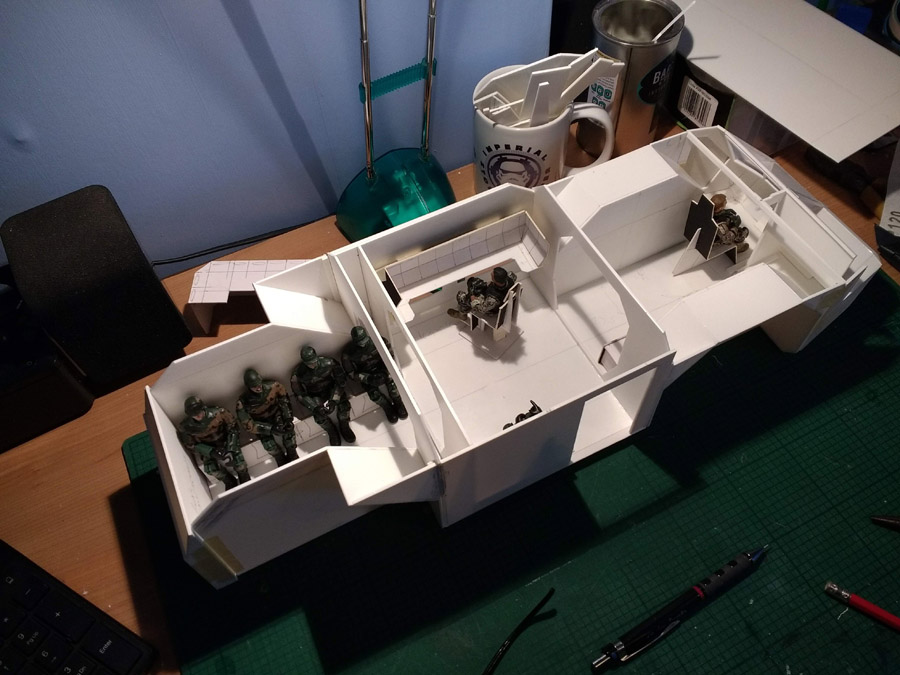 I think the shell is going to be pretty sturdy as is (it's mostly 2mm styrene). 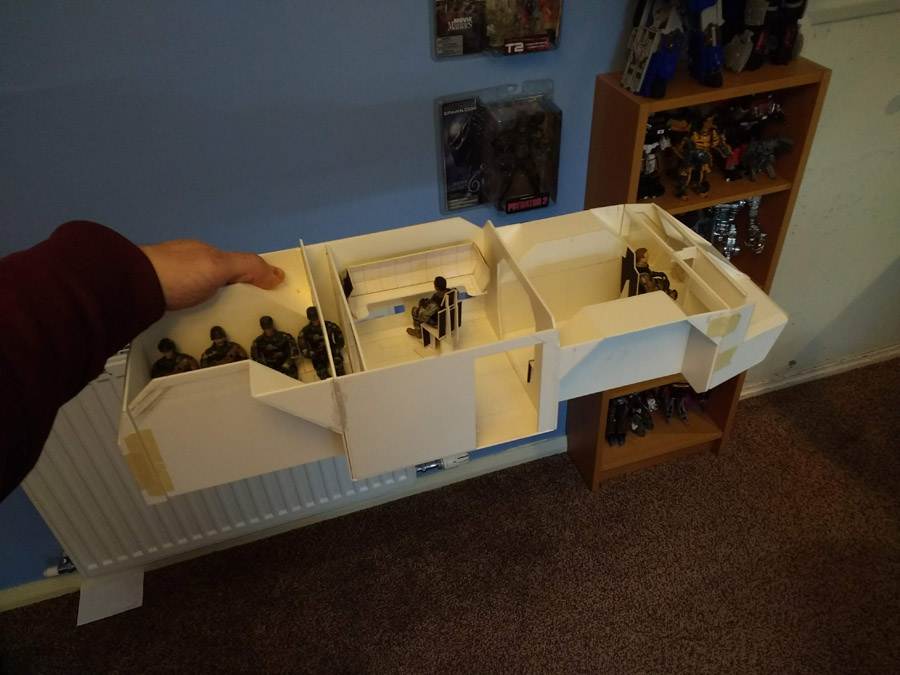 Sweet. Heres mine and a friends. Doing a Aliens crashed APC with it. Will be watching.

Yesterday at 3:47 AM
Analyzer