RPF PREMIUM MEMBER
Good idea. Did you get the designs right from the reference books?

I got these too, but they are to tight on my calves, anyone know a bigger source?

Banzai88 said:
Good idea. Did you get the designs right from the reference books?
Click to expand...

Yeah everything is on the home release movie extras

Added the vital sign circuits �� Calling it done, I think! It should have the numbers/symbol on the left sleeve but I'm pretty sloppy with the taping off/clean stenciling. Happy with the outcome. 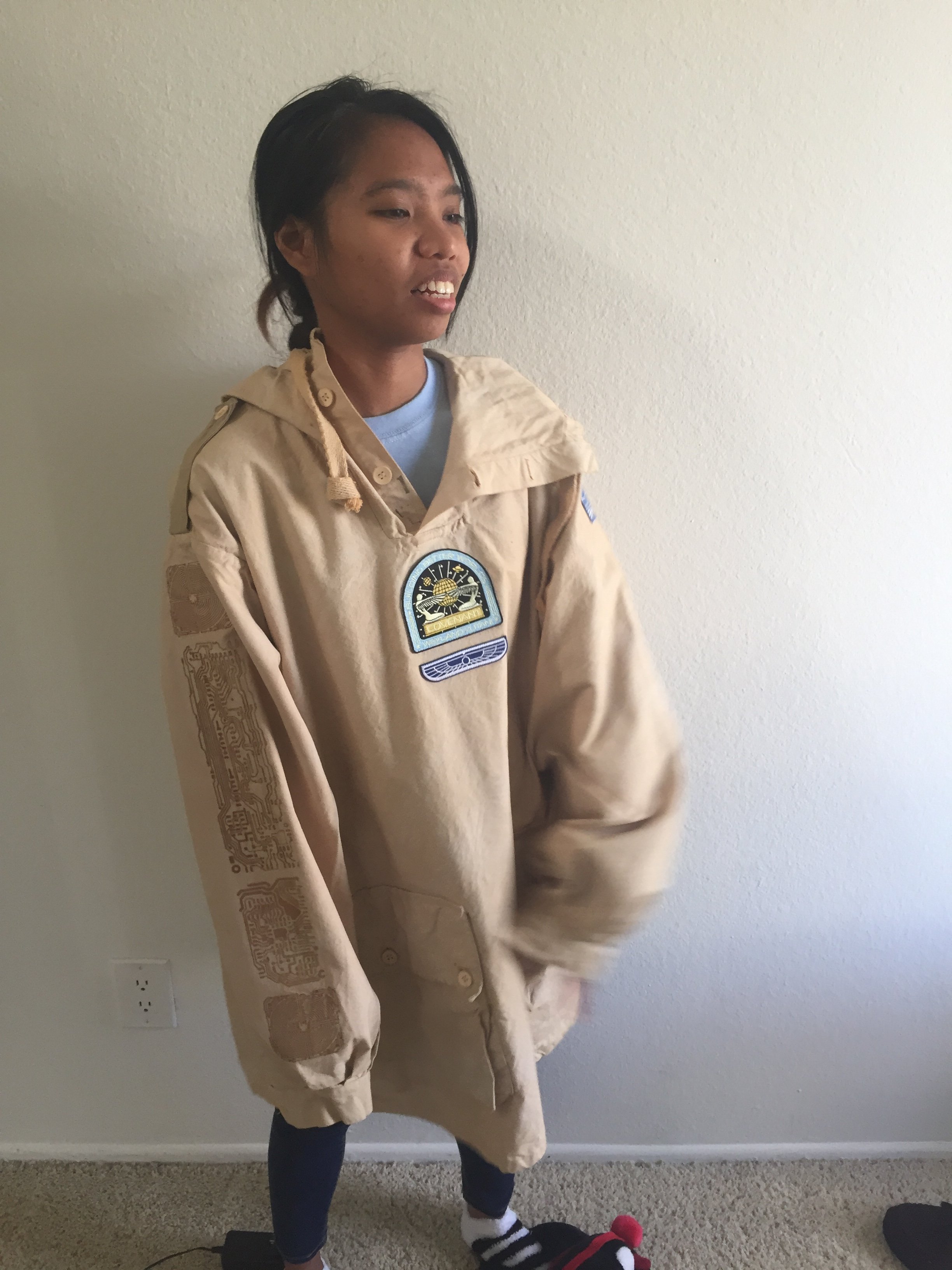 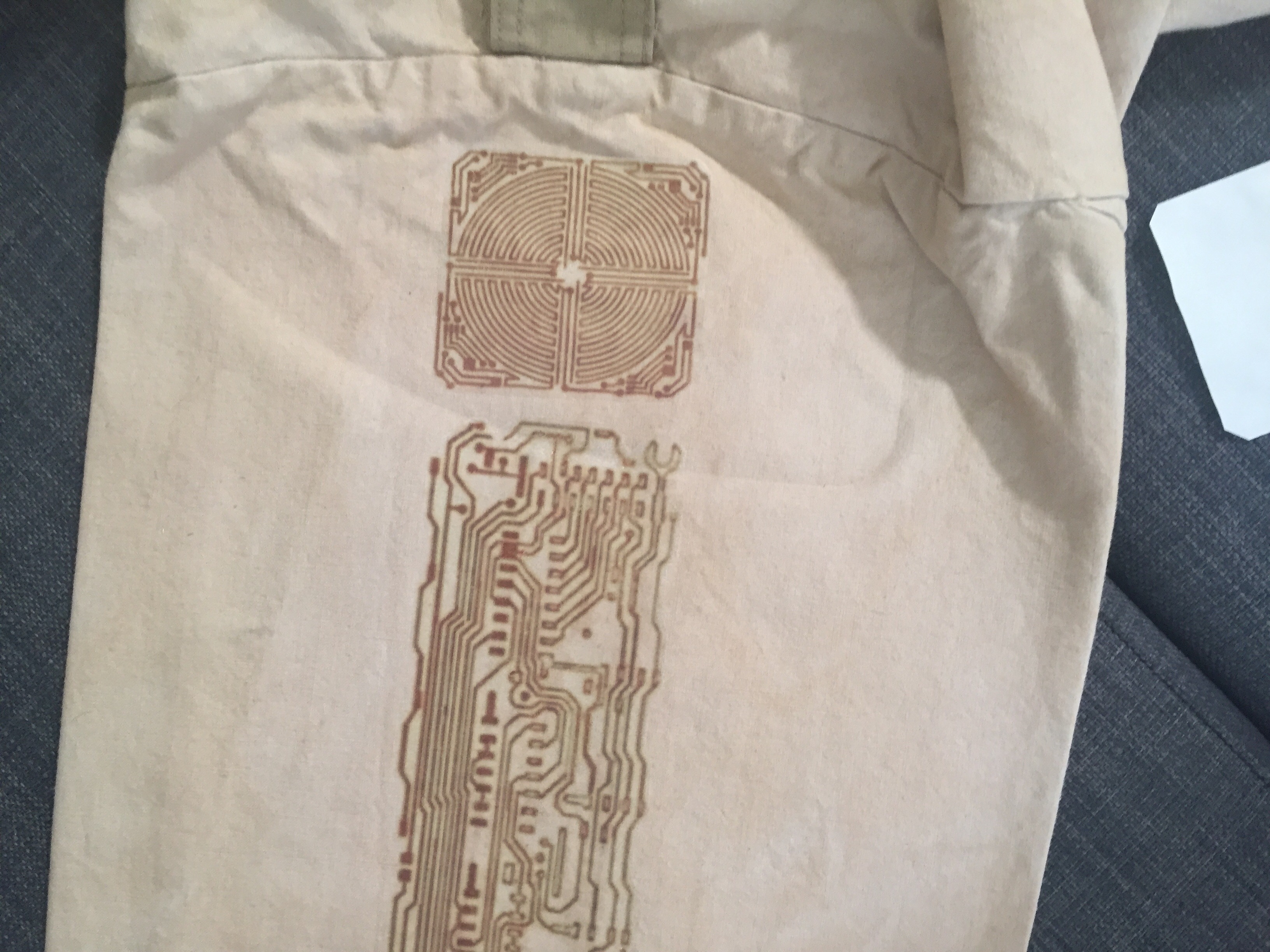 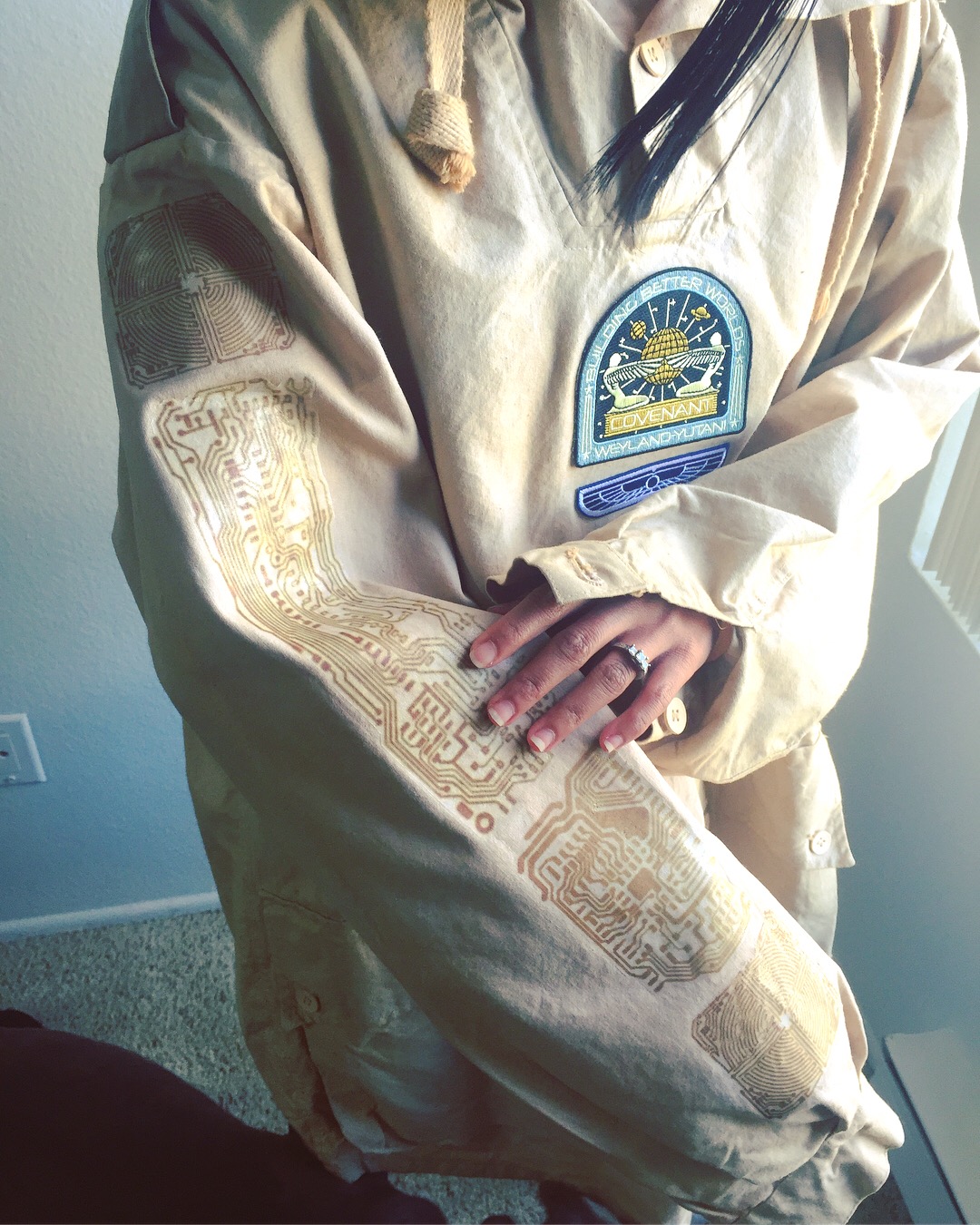 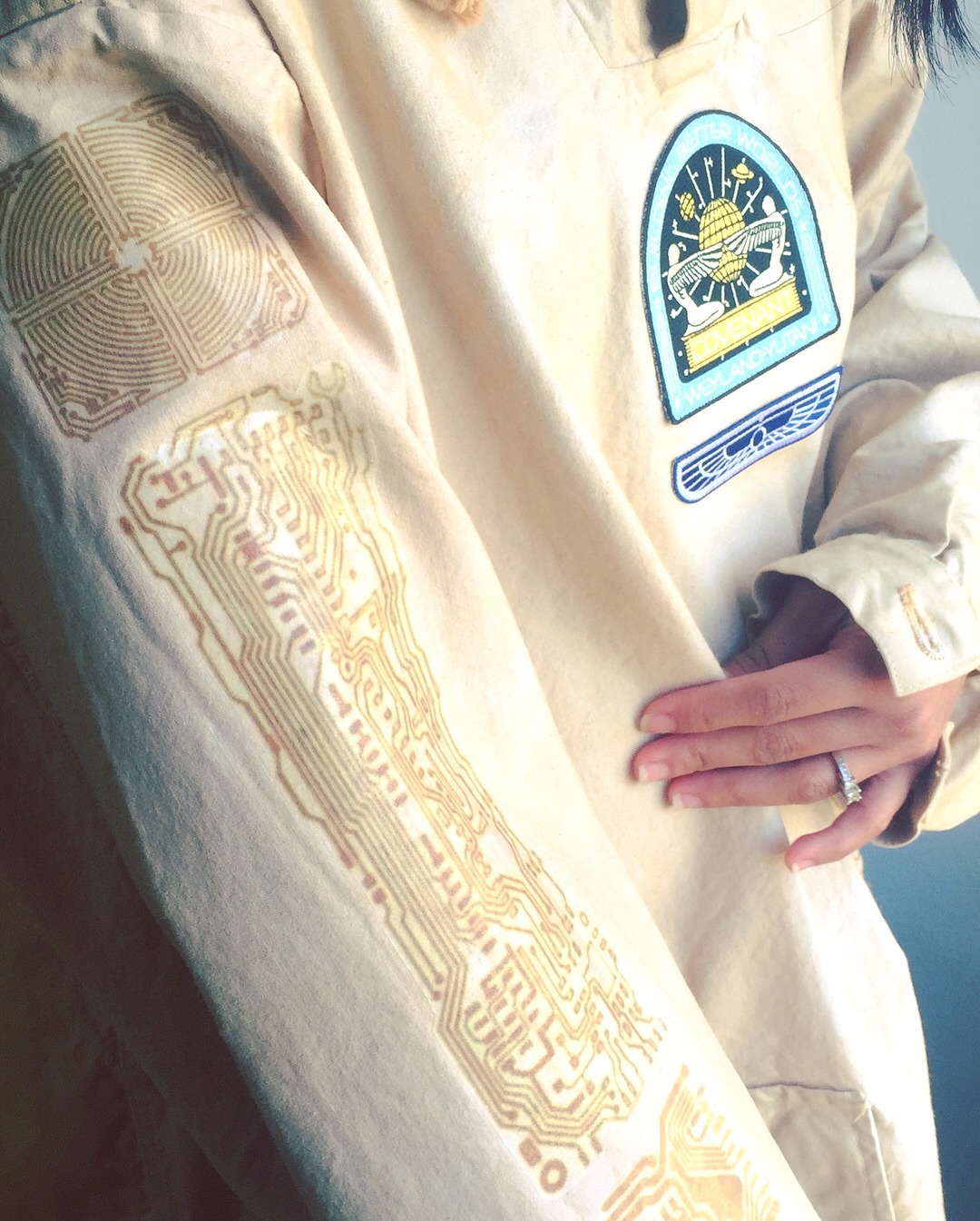 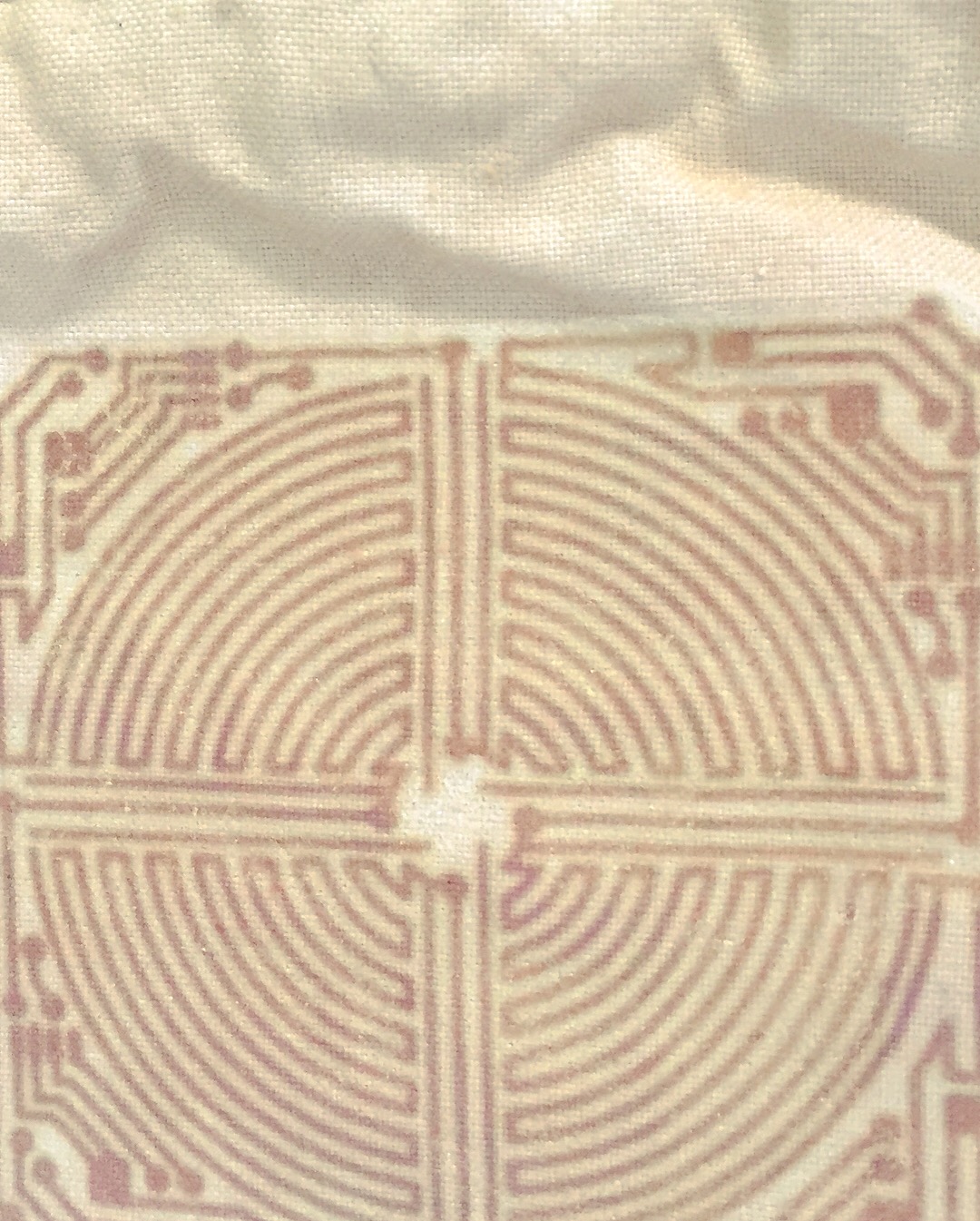 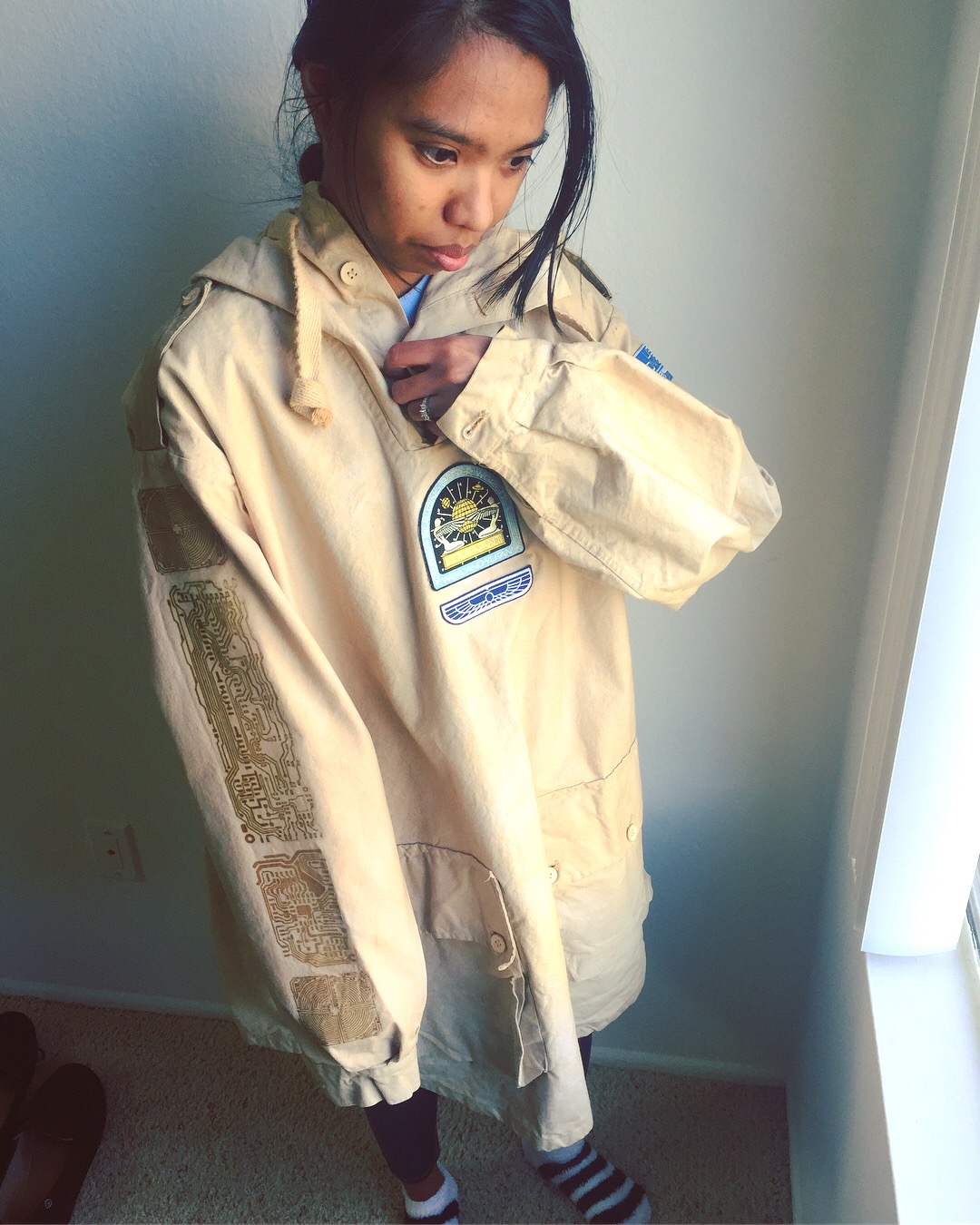 Wasn't it a brown beanie? It has a weylend wing patch on the front. Simon had made a run of leather patches and posted to the USCSS Covenant costume Facebook page, I forget his name on here but you could go back through the thread and find them I'm sure.

I saw a listing on instagram today for a Swedish Army Motorcycle Dispatch Biker Jacket, which led me down an old rabbit hole: trying to identify my favorite piece of gear in Covenant; Karine's jacket. It has some strong resemblance to a vintage swedish jacket, and also some differences.
The main feature of Karine's jacket is that the Covenant crew patch is plastered right on to the chest, unlike anyone else's. The patch is located on a front chest pocket that Swedish jackets do have. Karine's jacket also has several buttons closures down the right side of the jacket, as does a tanker/motorcycle jacket.
I have not been able to find a Swedish Army Motorcycle Dispatch Biker Jacket in Tan, olive drab/green and leather seem 'common'.
Karine's jacket also seems much more of a light weight, medium cotton, very similar construction to Oram's Swedish military anorak, rather than the super heavy thread versions I've seen of the Moto jacket. Karine is also seen to have a big hood in Covenant, which I haven't seen on any moto/tanker's, but could also easily be a under layer.
It's easy to write off the movie jacket as a "one off production made" piece but I hate to do that, it's just not something we saw, with maybe the exception of Walter's expedition gear, in the movie. I feel like it is a less commonly seen version of a WW1/WW2 era jacket that is out there! Anyway, thread bump! 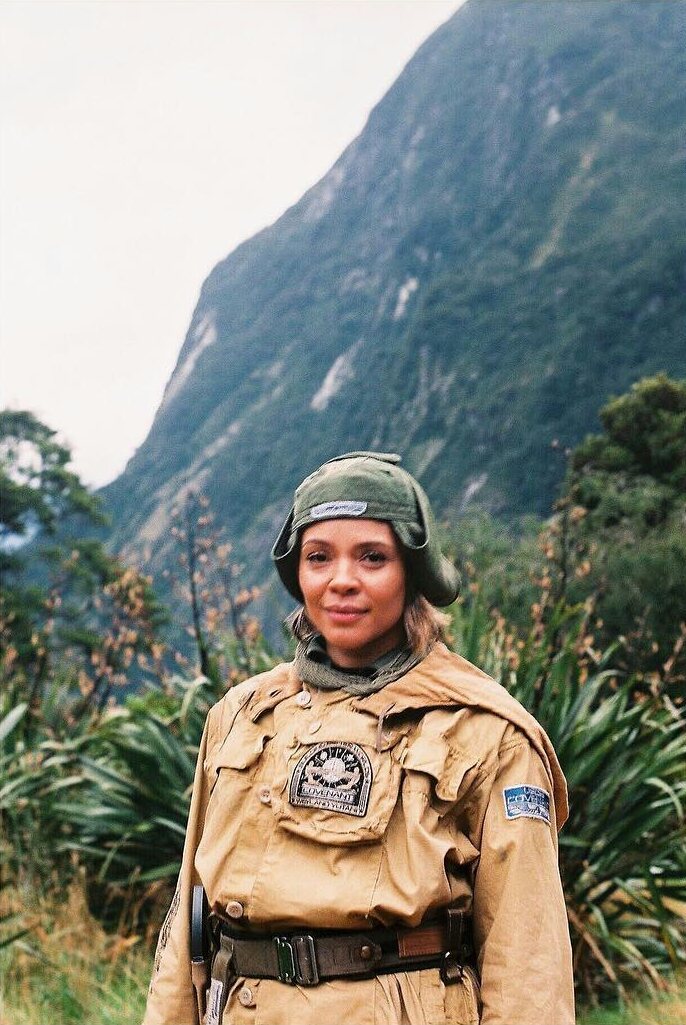 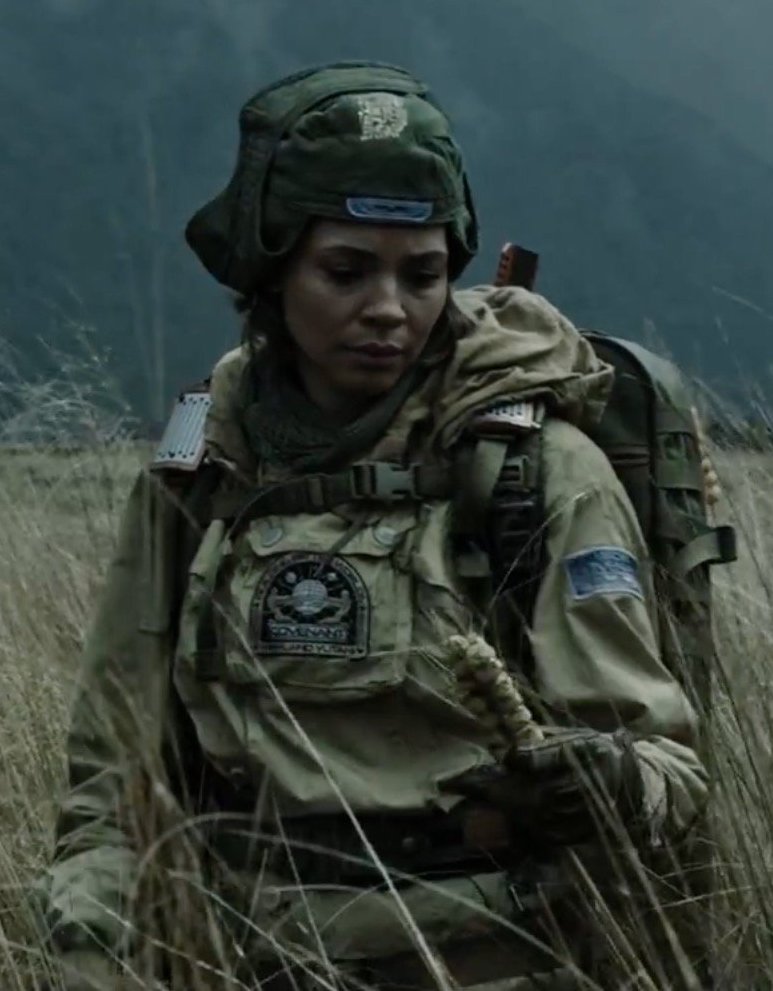 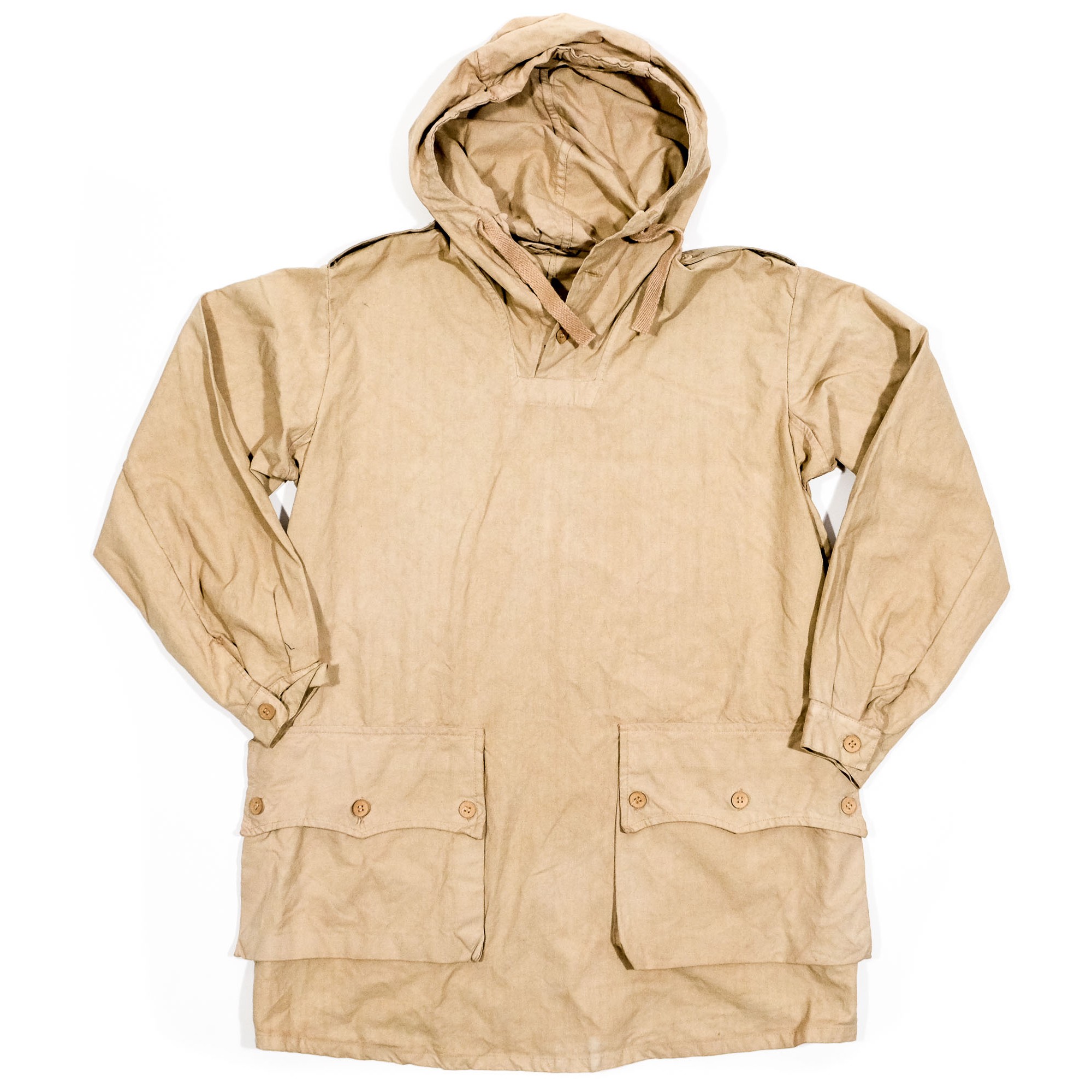 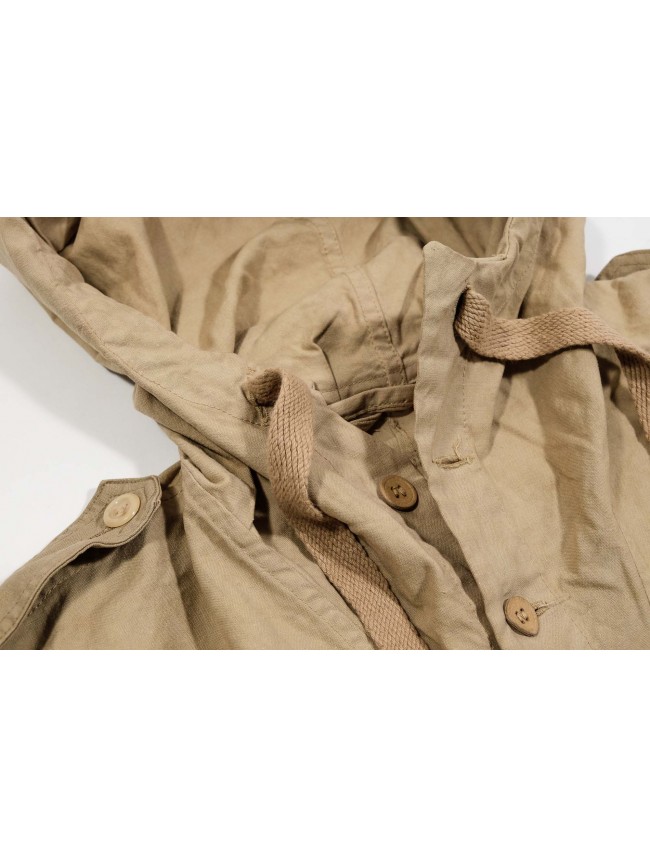 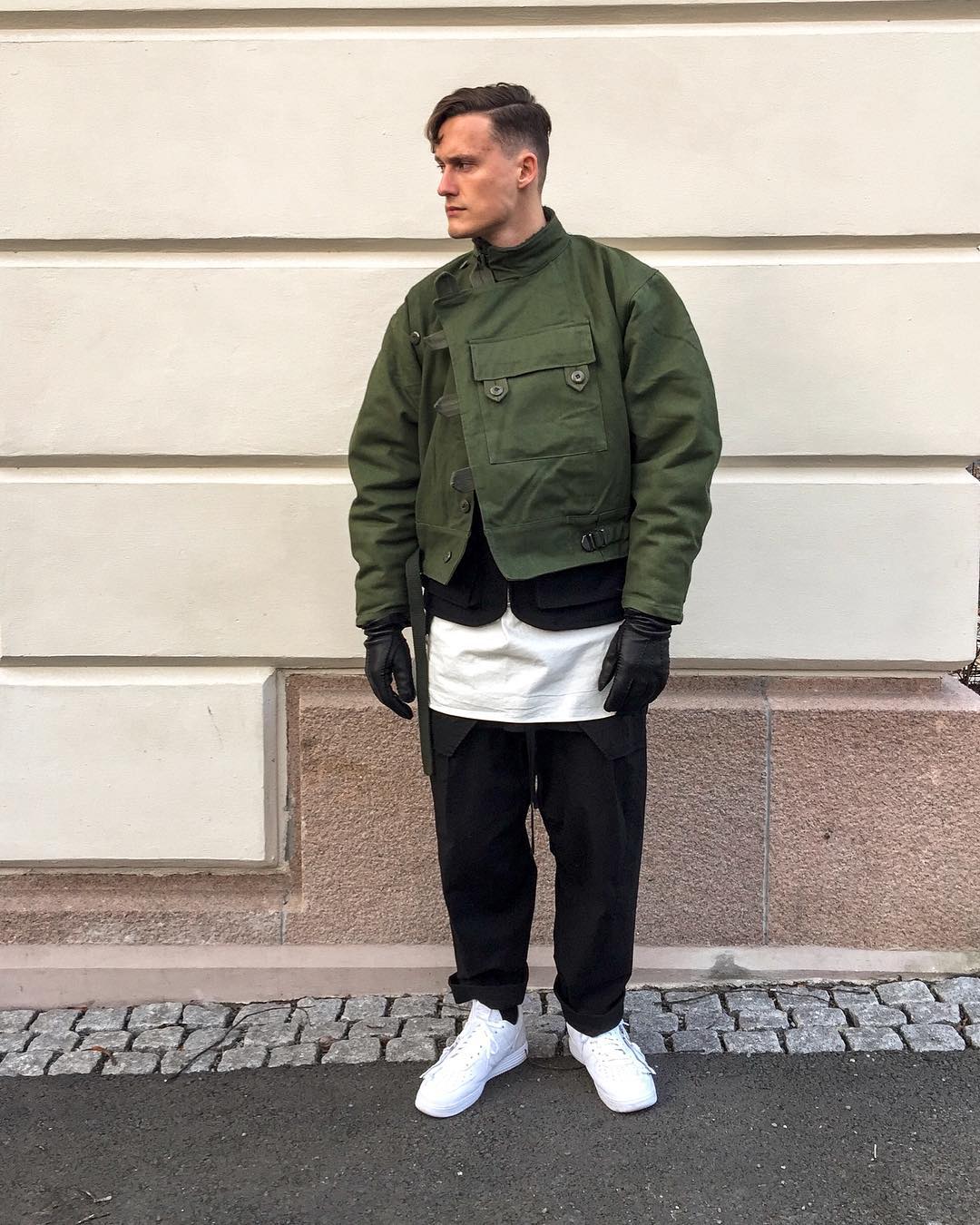 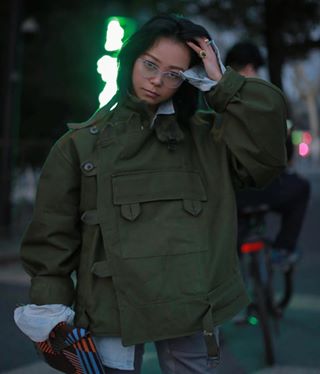 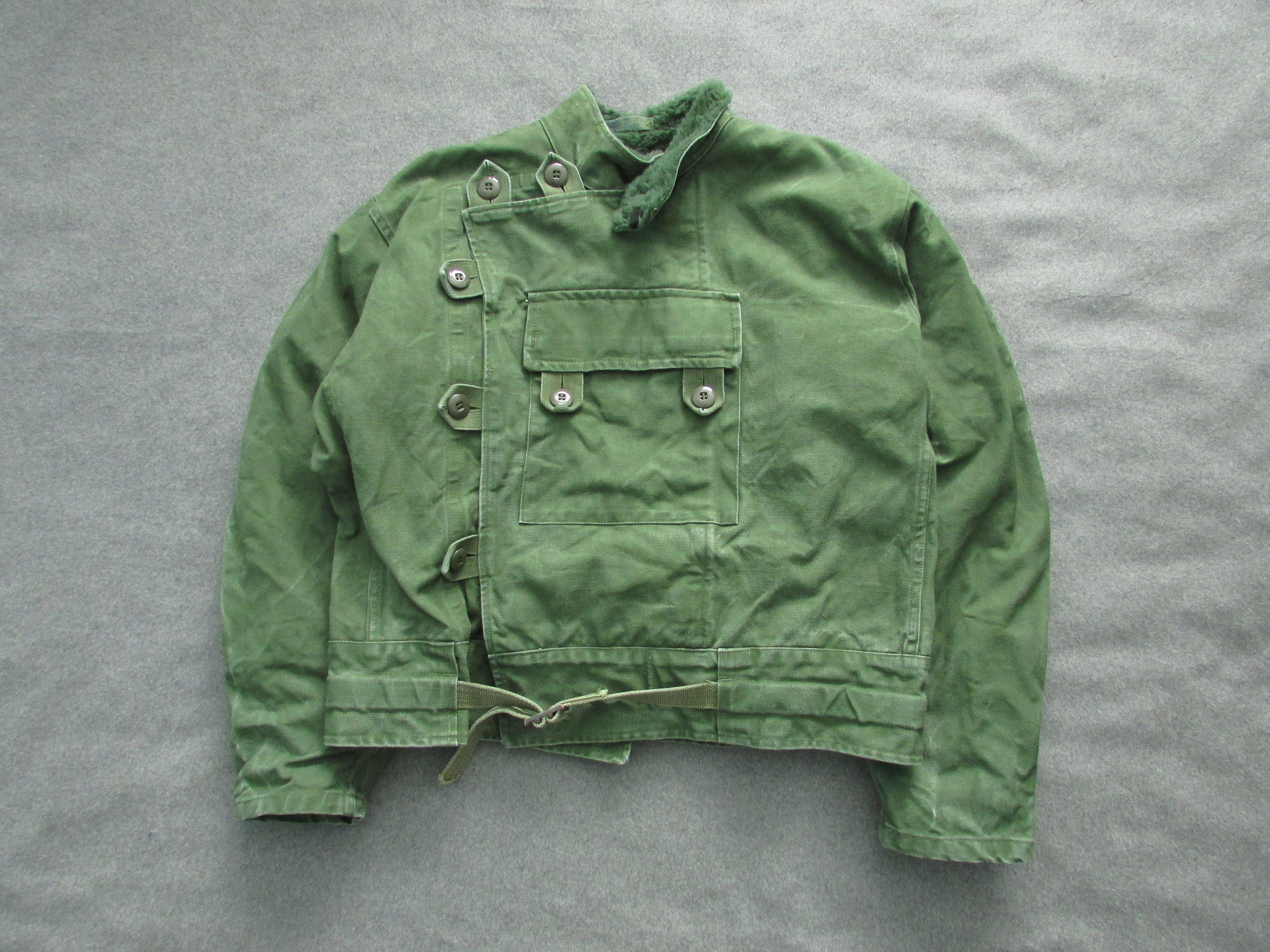 RPF PREMIUM MEMBER
I have the jacket in the last pic. It's a very heavy canvas unlike hers. Agree hers seems much lighter material.

Banzai88 said:
I have the jacket in the last pic. It's a very heavy canvas unlike hers. Agree hers seems much lighter material.
Click to expand...

Nice! They're cool pieces for sure. Also the movie jacket chest pocket is more "bulgy" than those. It's similar but not quite the one. I really want to ID that dang thing lol.
T

TheMechanic said:
Okay folks I think this is my final Weyland-Yutani clothing label. Please let me know what you think.
I kept the description generic so that they can be sewn into your jacket, shirt, hat, gloves or wherever.

I love these patches, as well as the other 2 clothing tags you made. Are they still available?

I'm new to the forum, but I've been looking over the past year. I haven't had much to contribute before now, but I'm a huge fan of Alien and Star Wars. Today I paid for a new Epilog Helix 50w Laser, that will be delivered in about 4 weeks. I've gotten excited about Alien Props again! I'm a photographer, and I've been using Photoshop for most my life, but I've been learning Illustrator for the last month.

TradeCraft said:
I love these patches, as well as the other 2 clothing tags you made. Are they still available?
Click to expand...

Send me a PM; I have these labels.

Anyone interested on working on the space suit from the third act? the one featured on tested? Im in the research phase currently.
T

Just scored one too, plus patches which have been tea dyed to eliminate newness

Hi all, I know this thread only intermittently resurrects, but I thought I'd share this in case anyone came looking. Apologies if this has been covered before. The sensor circuitry has bugged me since I started thinking about replicating parts of a Covenant expedition costume. I tried using a stencil bought on eBay and gold spray paint for my German Army Winter Hat. It worked ok, but it just wasn't the same as the film: 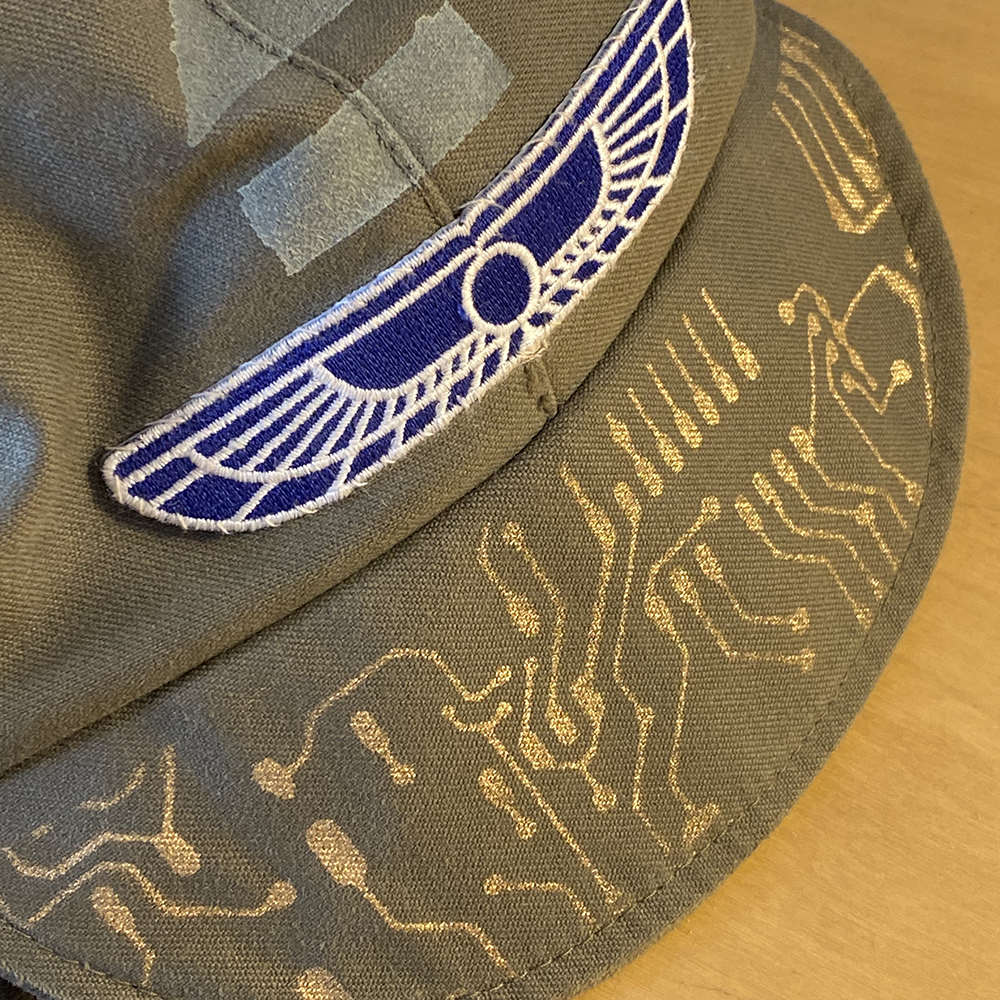 Jump forward a couple of years. I'd been agonising over buying myself a Cricut for ages. I took the leap and bought a Cricut Explore Air 2. I'm so glad I did! I've done a couple of little tests, familiarising myself with self-adhesive vinyl and Heat Transfer Vinyl, but I wasn't at all sure that it would handle the small spaces and detail of the circuitry. I scanned the circuit pattern from the art book, and then traced it in Photoshop to get a hi-res version. Before committing to my gold HTV, I did a small 1"x2" test of a high detail area, on some scrap HTV. It worked!

I committed to the my gold HTV, and was hugely relieved to find it had cut out ok.

(Apologies for the disgusting Cricut mat. Dog hair gets everywhere!) 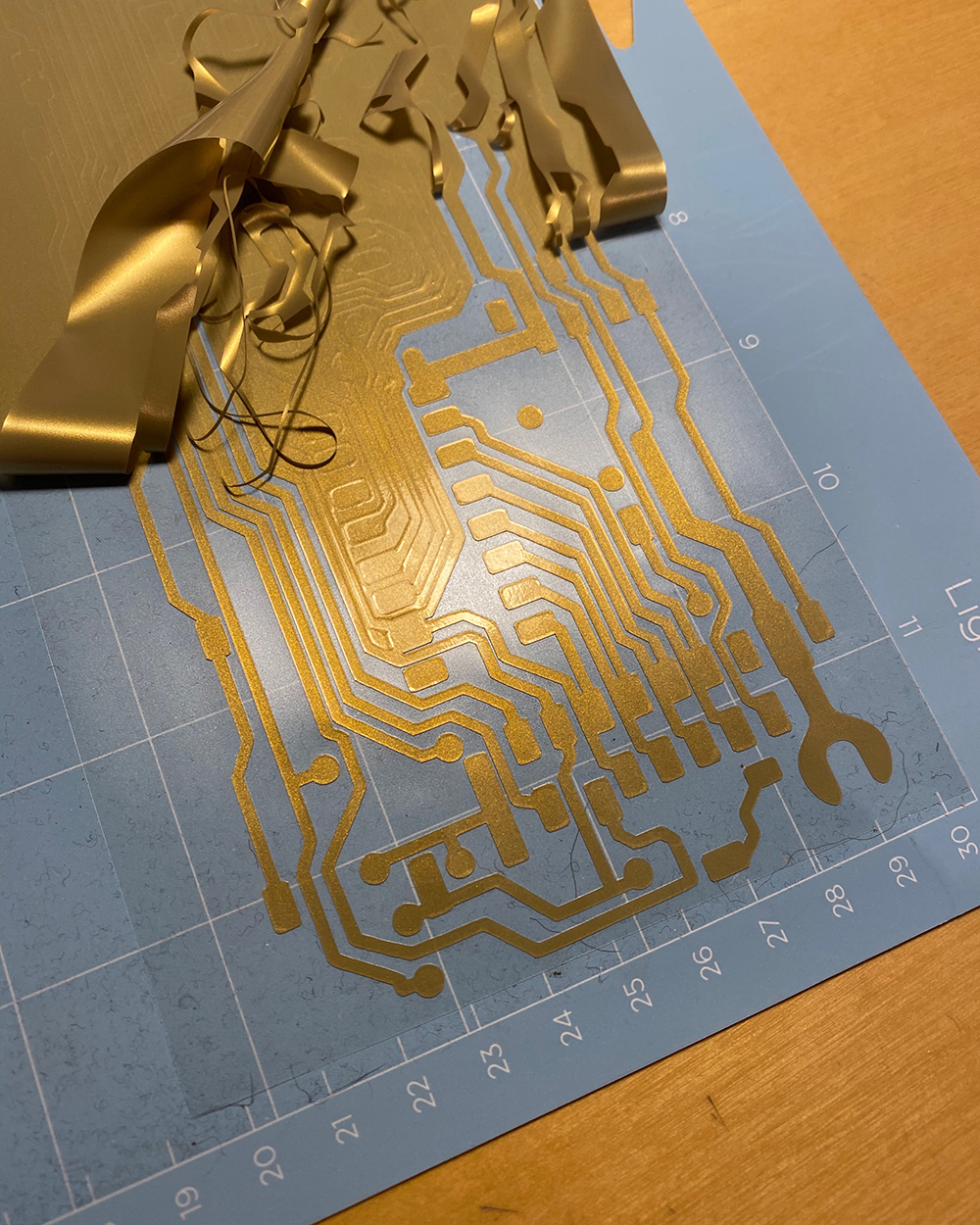 The really tough part was getting the HTV to stick. I'd heard that it isn't great with fine detail, but didn't really believe it. Some parts stuck down fine, but some needed much more heat and pressure than others (using a domestic iron). To the extent that some parts shrunk and warped. This isn't too noticeable overall, but was still annoying. I suspect I used too much heat initially, which possibly damaged the adhesive right at the start... Anyway, I'm still really pleased with the result, and thought it was worth sharing for anyone else trying to figure it out. 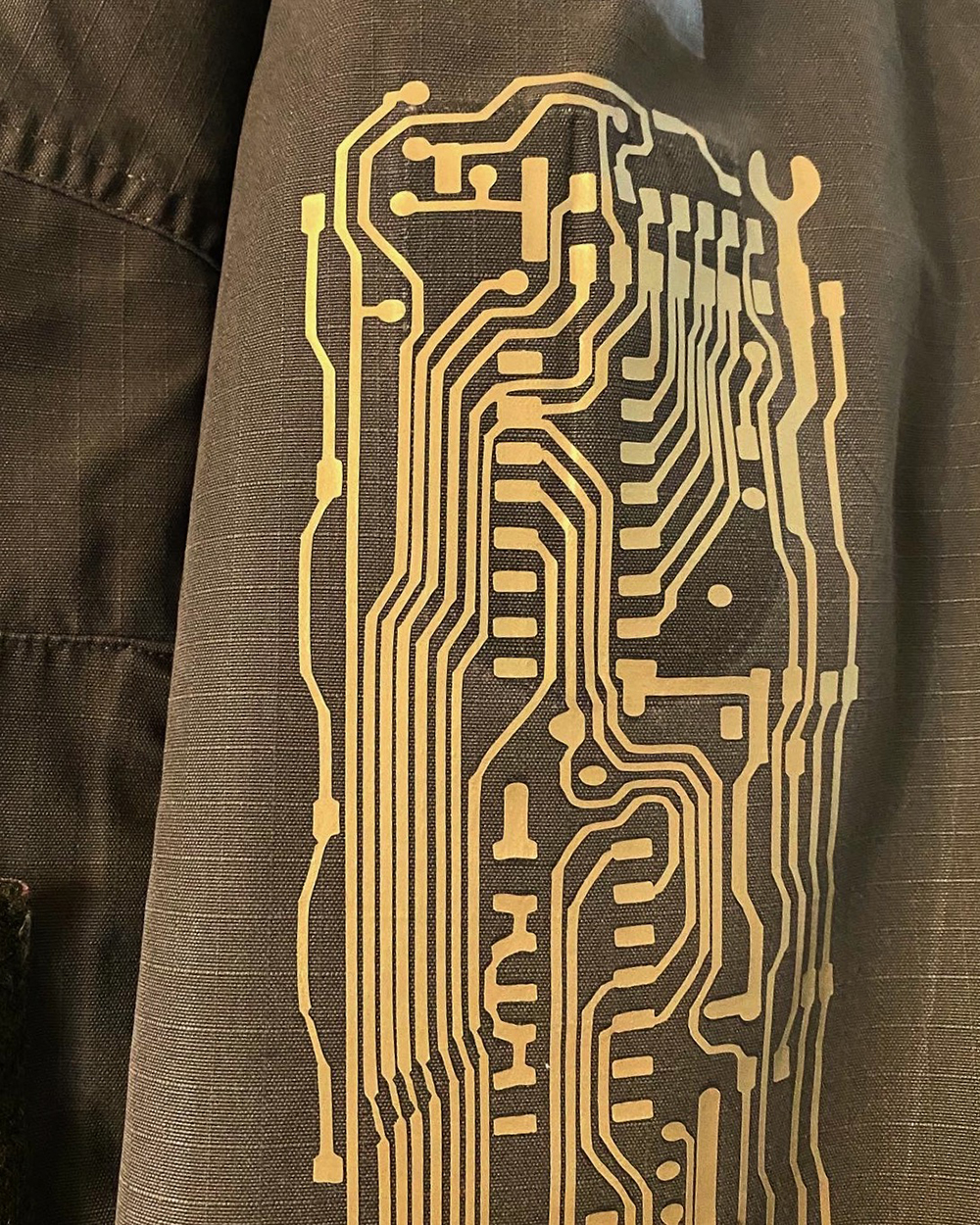 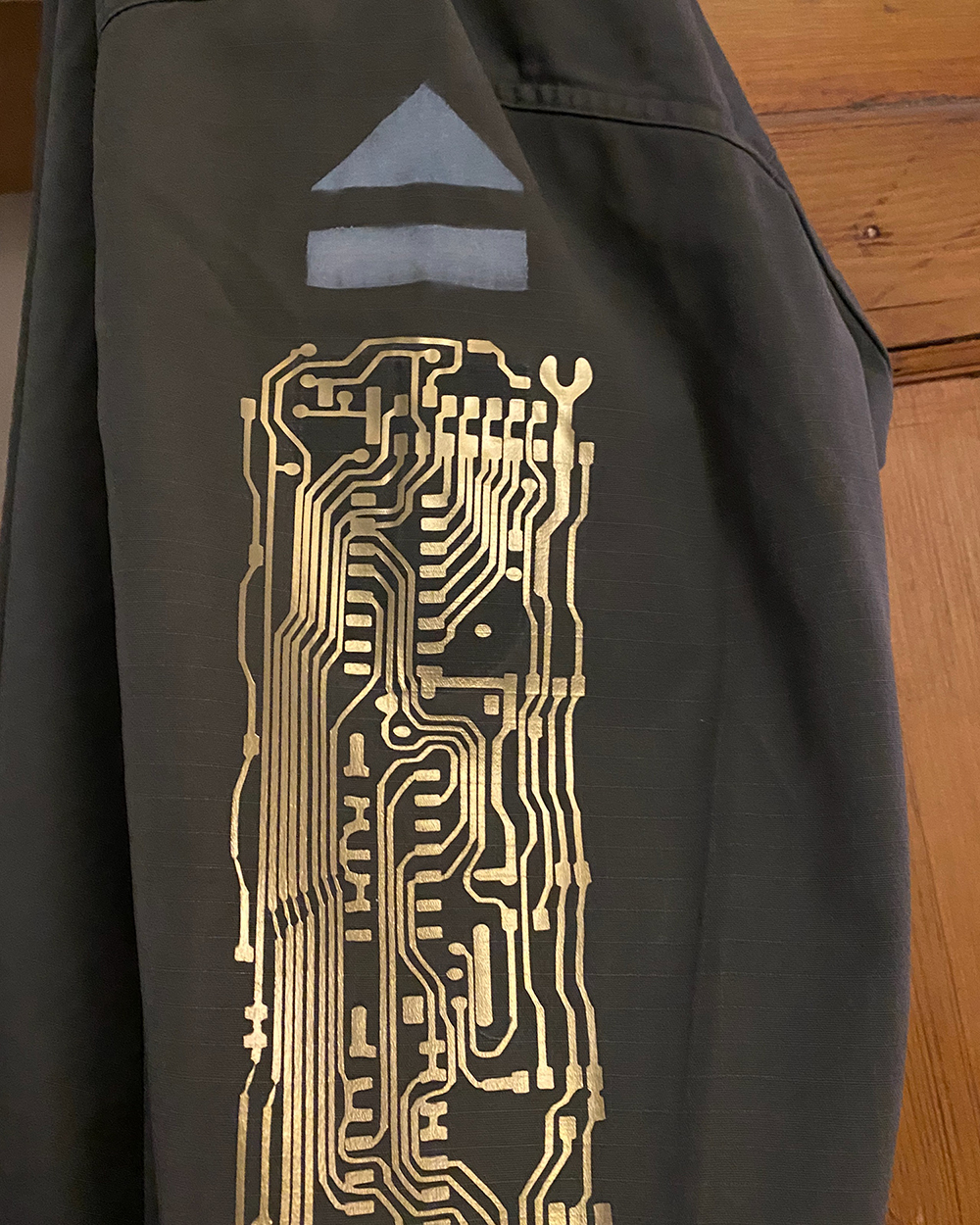 RPF PREMIUM MEMBER
Excellent work!
Have you tested it going through a wash cycle?

New to the forum and I've been through this awesome thread a dozen times, really helpful stuff thank you!

Wanted to ask if anyone knows what jacket Hallett has? It seems to be some sort of fleece liner as it has buttons on the cuffs that look like they would attach to an external jacket. I can't seem to find anything close to it though. 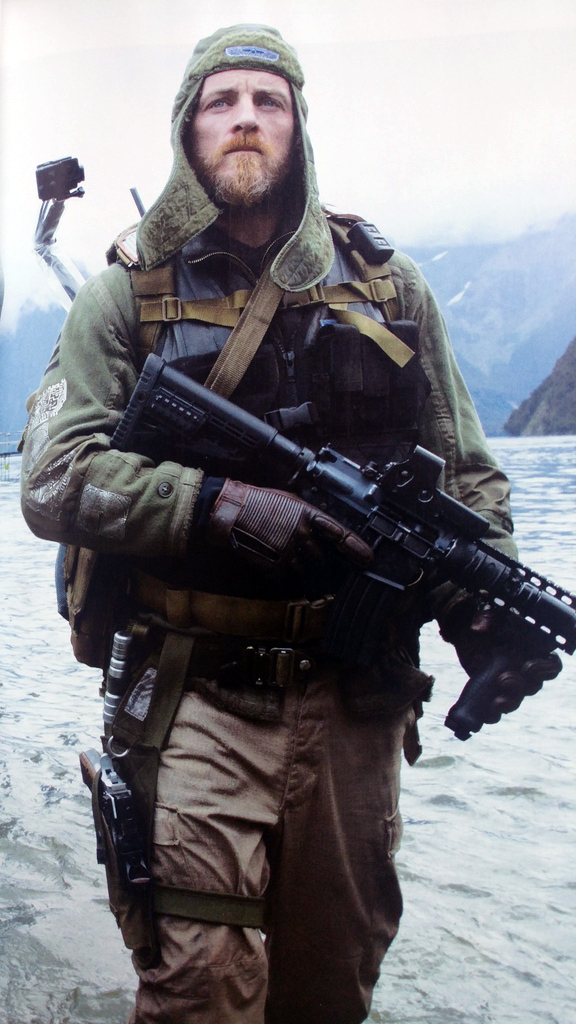 Banzai88 said:
Excellent work!
Have you tested it going through a wash cycle?
Click to expand...

Thanks I wouldn't want to risk it! Though the iron-on vinyls are meant to adhere sufficiently for washing.

sistampie said:
New to the forum and I've been through this awesome thread a dozen times, really helpful stuff thank you!

Wanted to ask if anyone knows what jacket Hallett has? It seems to be some sort of fleece liner as it has buttons on the cuffs that look like they would attach to an external jacket. I can't seem to find anything close to it though.

At first glance it looks like a jacket liner. I've seen them with buttons on the cuff like his. Did you search military surplus?

I thought the same as I noticed the buttons and I have a jacket that uses the same system.
I've spent weeks searching army surplus and various army's of different countries.

Instead I've gone for the Ledward style and have most of it apart from the expensive boots and I've gone for an alternative rucksack.
3D printed the solar panels and push to talk but need to get back into to work to do some laser cutter.

I know this is a super old thread and I'm sure people have lost interest now but I'll post progress soon for those who might still be bothered.

Love what you've done with the circuits Pocko!

I know you said you're on to a Ledward jacket, and this isn't super helpful haha but this guy had/had a sweet Hallett jackett.