A couple of kit conversions + 1 pred

I thought I'd show you some of my kit conversions, I think the speeder bike was made by ertl, the rider was originally leaning forward, as if the bike was travelling at speed. I thought it would be nice to have a static pose, as if he's waiting for something to do... 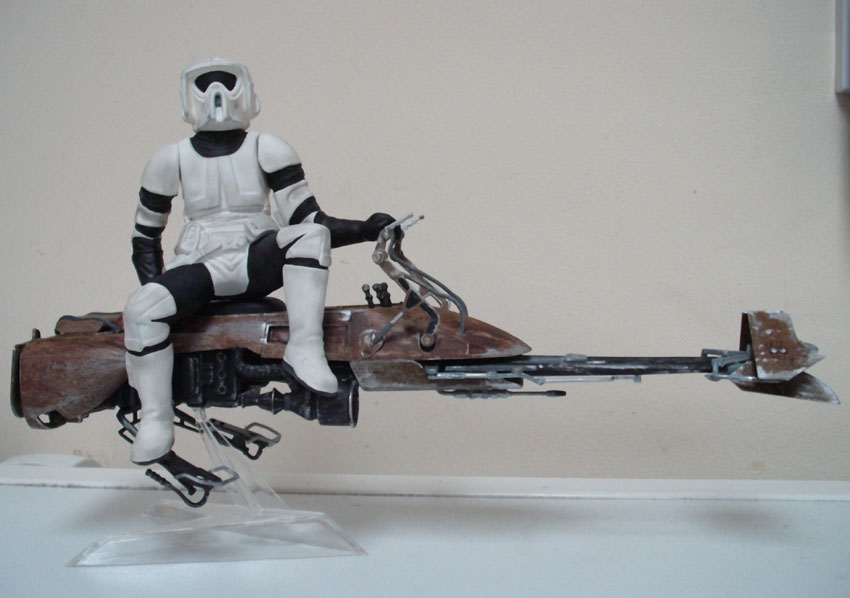 The at-at got broken when I moved house and I lost a lower leg, so I thought it might as well be turned into a derelict. 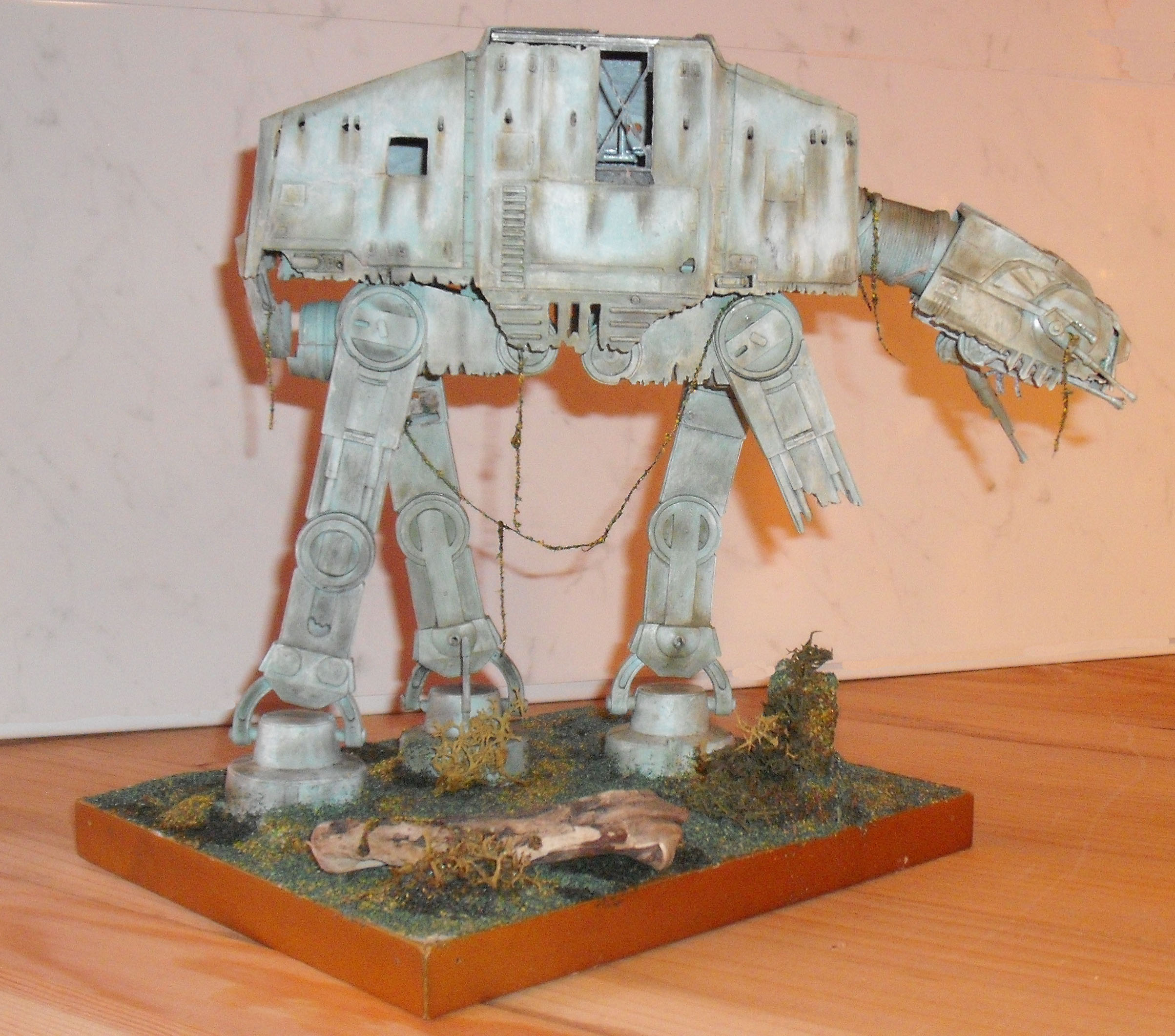 The predator is vinyl made by geometric I think, it was my first go at using pastels for shading, I didn't have an airbrush then, the shading is abit more pronounced than in the pic, I think the flash may have deadened it a bit 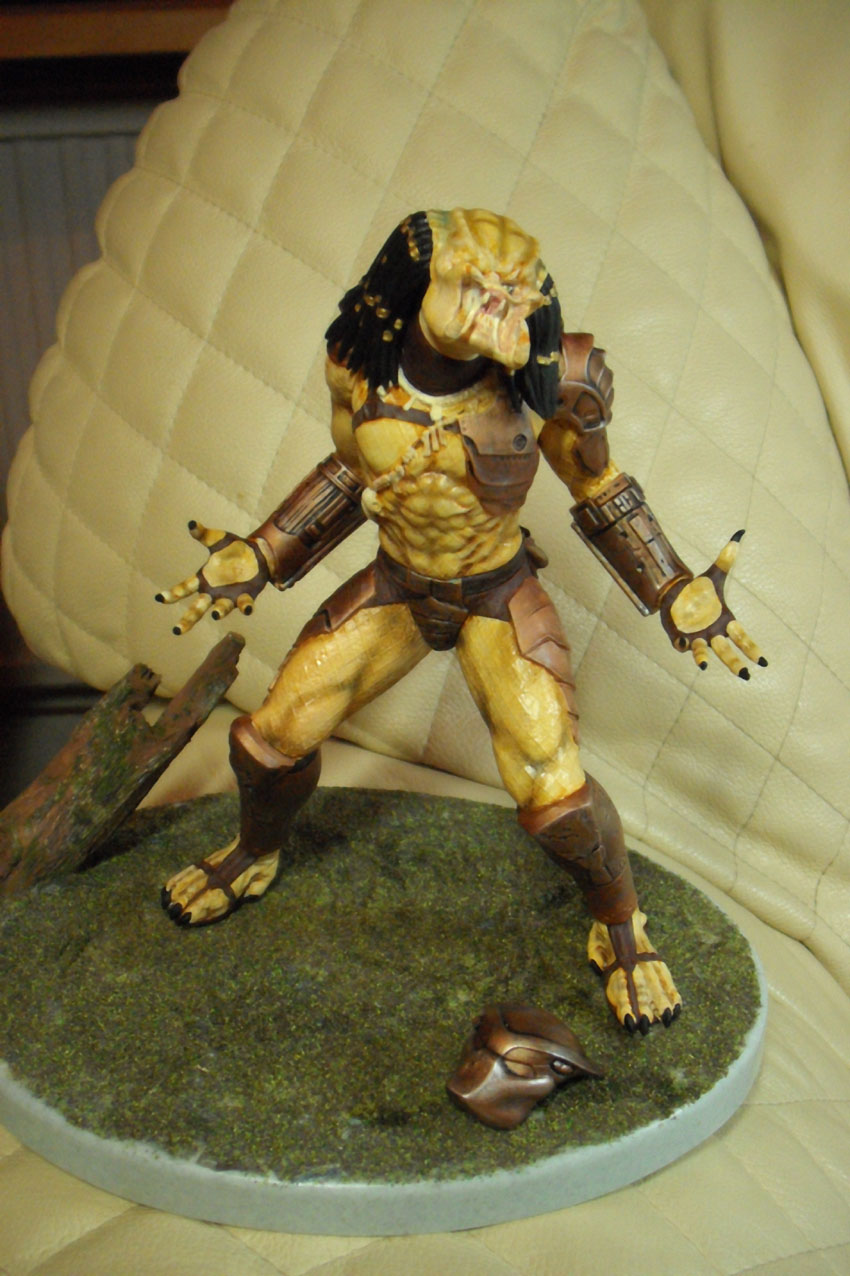