RPF PREMIUM MEMBER
I dont own one of these at present but im curious if anybody has a list of modifications they have done to one to make it more movie accurate?

Im particularly keen on learning how the orange rings on the front are removed and also the 'made in china' stamping on the side.

Anything else cool thats done to these?

They are extremely easy to disassemble and repaint.

The red barrel caps pop right off after 4-5 seconds in boiling water (yes, it requires standing at the stove holding the PR over a pot of boiling water... and then trying to explain that to your spouse). The "Made in China" stamp is on a part made of metal so can be sanded right off.

RPF PREMIUM MEMBER
As mentioned above, the orange caps can be removed with boiling water.

They're put on with some sort of a strong hot glue. So brought a pot of water up to a soft boil, and then held the cap under water for about a minute, and then used a pair of plyers to try to take it off, but being careful to not use too much force. Then put the cap back in the water and hold it for another minute or two, and try again, until it finally came off.

Other than that, there's my sling adapter, and a few people make slings.

RPF PREMIUM MEMBER
I did a big rework on mine about seven years ago. I resculpted the rear caps, added a real Spas Cage with grenade in the port, 10-hole vent, rear sling holder and repainted Bess Brown shrouds. 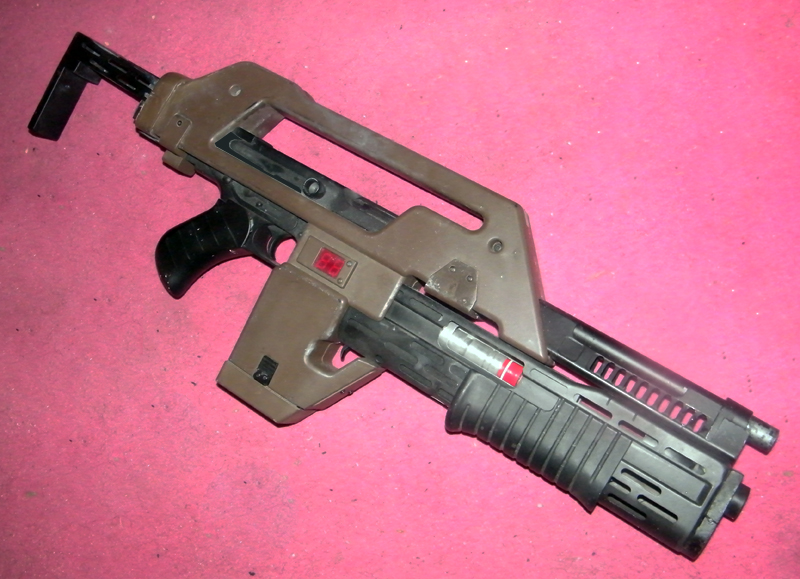 I just bought one myself and was wondering if there was a way anybody modified the counter to decrease with an empty mag?