Should predators have jet packs???

I didn't know if this was a good idea to make them, but should predators have jetpacks??? I think the concept can be okay, but also really retarded.

If you do like it, I would REALLY appreciate it if you actually made a sketchup model for me. If you did, I would be willing to make you a pep file if you like.

Crazy Idea but its up to you on what you want on your own predator. I can see them using it on different planets.

Actually I think Uratz has a type of jet rocket on one of his backpack concepts for his suit. I agree with Ice, I could see them using it on certain planets or environments. With their technology, it would be more then possible to accomplish.

To answer your question yes they should. When hunting Dragons one should be able to fly. 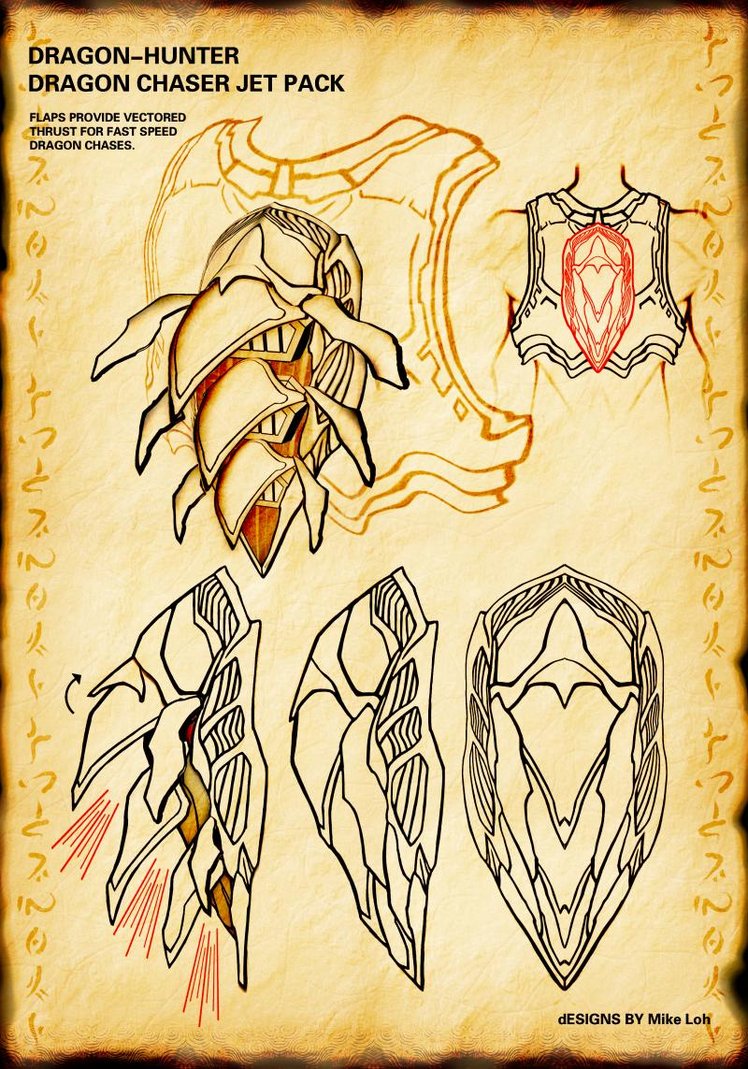 There you go, that's what I was picturing in my head.

Ice said:
There you go, that's what I was picturing in my head.
Click to expand...

" At Uratz Studios we SPEND A LOT OF TIME thinking of every possible Yautja Gear solutions for your Hunting needs."

unless the jetpack was completely silent then no, hardly stealthy seeing a predator come roaring over the top the trees attached to a jetpack hahahaha!

strugglingrunt said:
unless the jetpack was completely silent then no, hardly stealthy seeing a predator come roaring over the top the trees attached to a jetpack hahahaha!
Click to expand...

In AVP, the huge predator ship flew overhead of one of the drillers and didn't make a sound. I imagine that a propelled pack would utilize the same technology.

munson said:
In AVP, the huge predator ship flew overhead of one of the drillers and didn't make a sound. I imagine that a propelled pack would utilize the same technology.
Click to expand...

strugglingrunt said:
your probably right but i still think it's a daft idea ( just my personal opinion)
Click to expand...

must agree stupid idea i think it would inhibit the hunt...yes there do or did hunt dragons but a dragon still has to land at some point and feed/sleep,halfway through a fly hunt he/she runs out of fuel or dear defening roar as there fall

Thanks for the feedback guys! This could really help. Uratz, Thanks for your feedback and idea. I know you might have already built it so I'll try to come up with one on my own.

PANIK33 said:
yes they need jetpacks there is no situation that cant be solved with a jetpack
Click to expand...

Yeah Like P2 when he was out of weapons and hanging off a ledge of a building. LOL and he tried to "slow down" his descent to the ground with a pair of wristblades.

LOL... this is one crazy topic.

If not a Jetpack, then what about a set of glider wings? Maybe some roller blade type boots or some sort of hover board?

ya if you keep adding **** onto it he will go overboard...if they have to many neat tools they will eventually just say "Go all the way down there? **** it nuke'em from orbit and lets go home"

No, no jet packs, see what happened when they insulted Alex Murphy with a stupid jet pack/

That was laughable and the fans got embarassed

i think its a nice ideo, its just a matter how it looks and if there it would be in a movie how they do it and how the do the fx.

i always think about how the preds developed their weapons over time. i dont think that they have had plasma cannons right from the start

thats why i like uratz bone hunter and his diffrent bios that much.

im working on my second suite and there will be some other weapons as well.

me thinks that the problem with robocop is the making of the movie not the character itself or what kind of weapons or utilities hes using.
i read somewhere that at the beginning it would have been the most brutal movie if they had done it like it was in the script.

thats maybe the reason why a lot of action movies or super hero characters look bad when it comes to the movies. ive seen superman returns and was dissapointed, hes such a cool character but the way the movie was written was bad i think. same with the xmen trilogy and other super hero movies. look at wolverine. hes a great character as well but in the three xmen movies he was like for 10year old kids. origins was better but there could be some more action.
same with hulk and a loooooot of other movies where they show how amazing their powers are.

Uratz... you gotta make that thing!!! That is a beautiful design!

now i dont know about this. jetpacks...
they could be pretty cool to see on a predator and i love the design.

i was thinking that a pair of gliders that shoot out from his pack would be pretty
cool. because he can survive many jumps, but not from the top of a mtn. of building.
that would be a pretty nice place to use a glider.