RPF PREMIUM MEMBER
“I do not aim with my hand; he who aims with his hand has forgotten the face of his father.
I aim with my eye.
I do not shoot with my hand; he who shoots with his hand has forgotten the face of his father.
I shoot with my mind.
I do not kill with my gun; he who kills with his gun has forgotten the face of his father.
I kill with my heart.”
To say that my wife is a huge Stephen King fan is an understatement and her favorite books of his are the Dark Tower series.
I like to give my family unique gifts and a couple of Christmases ago, I promised her a pair of Roland Deschain's sandalwood guns. The guns are described as extremely large, forged from the blue-grey steel of the sword Excalibur, and are engraved with the rose (sign of the Eld) and Arthur's dinh mark at the muzzle, which translates to "white".
There have been many renditions of the guns across all forms of media, but I decided to strike out on my own. Here is the result. This started as a 3D print from The Imperial Factory based on the 1847 Colt Walker files from Don Stickel (https://www.thingiverse.com/donstick3l/designs). The model has since been removed from Thingiverse. I had the engraving details added to the model. The base of the gun was painted with Duplicolor graphite metal to give it a faint blue tint. The engraving details were hand painted with Vallejo "silver" and the smaller detail pieces done in Vallejo "oily steel". The grip was hydrodipped with a wood grain by Cowtown Hydrographics.
This is only one of the guns. Now I have to finish up the other of the pair. The third picture is to show the size of the gun compared to a 16 oz. bottle of water. 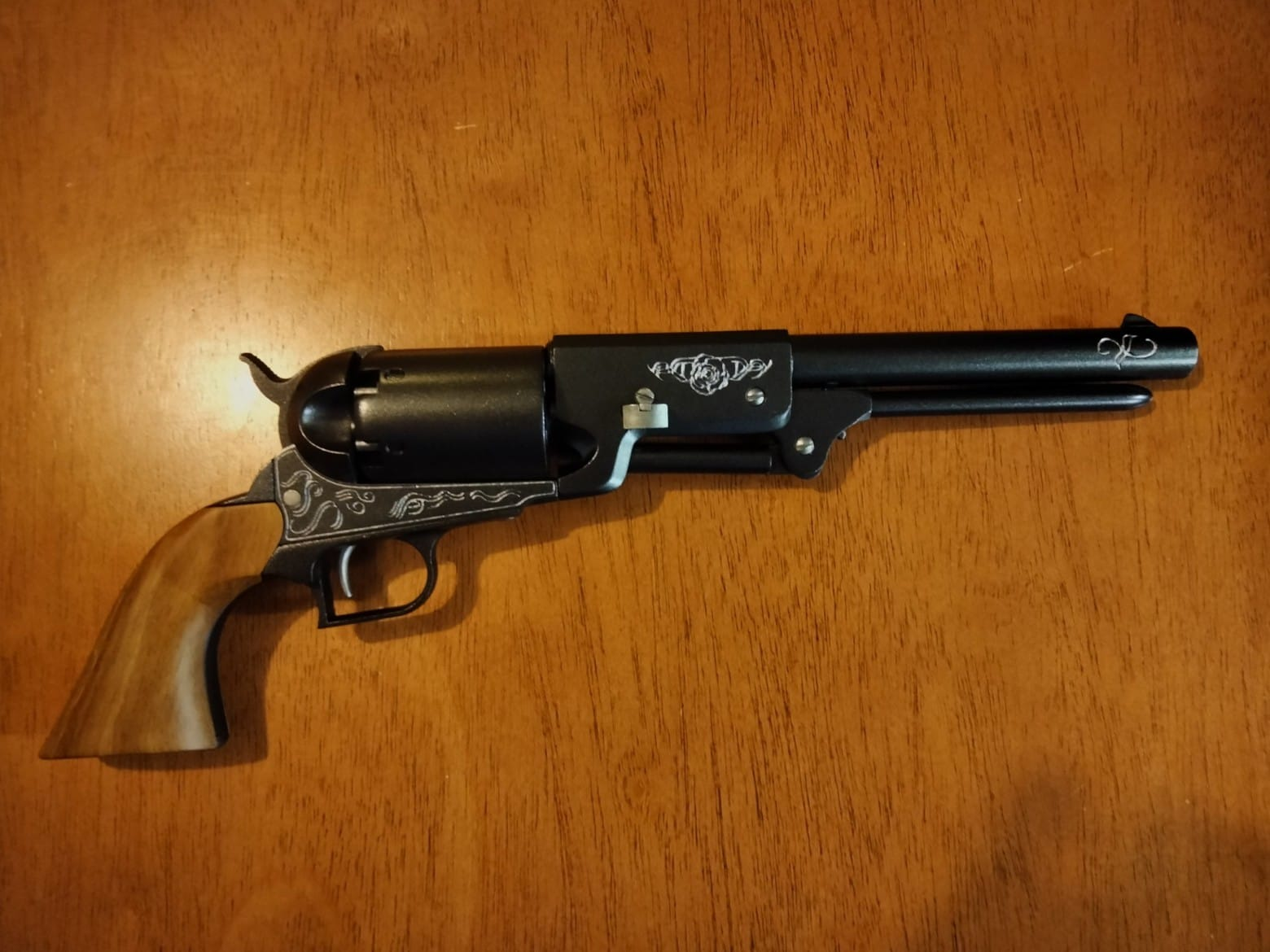 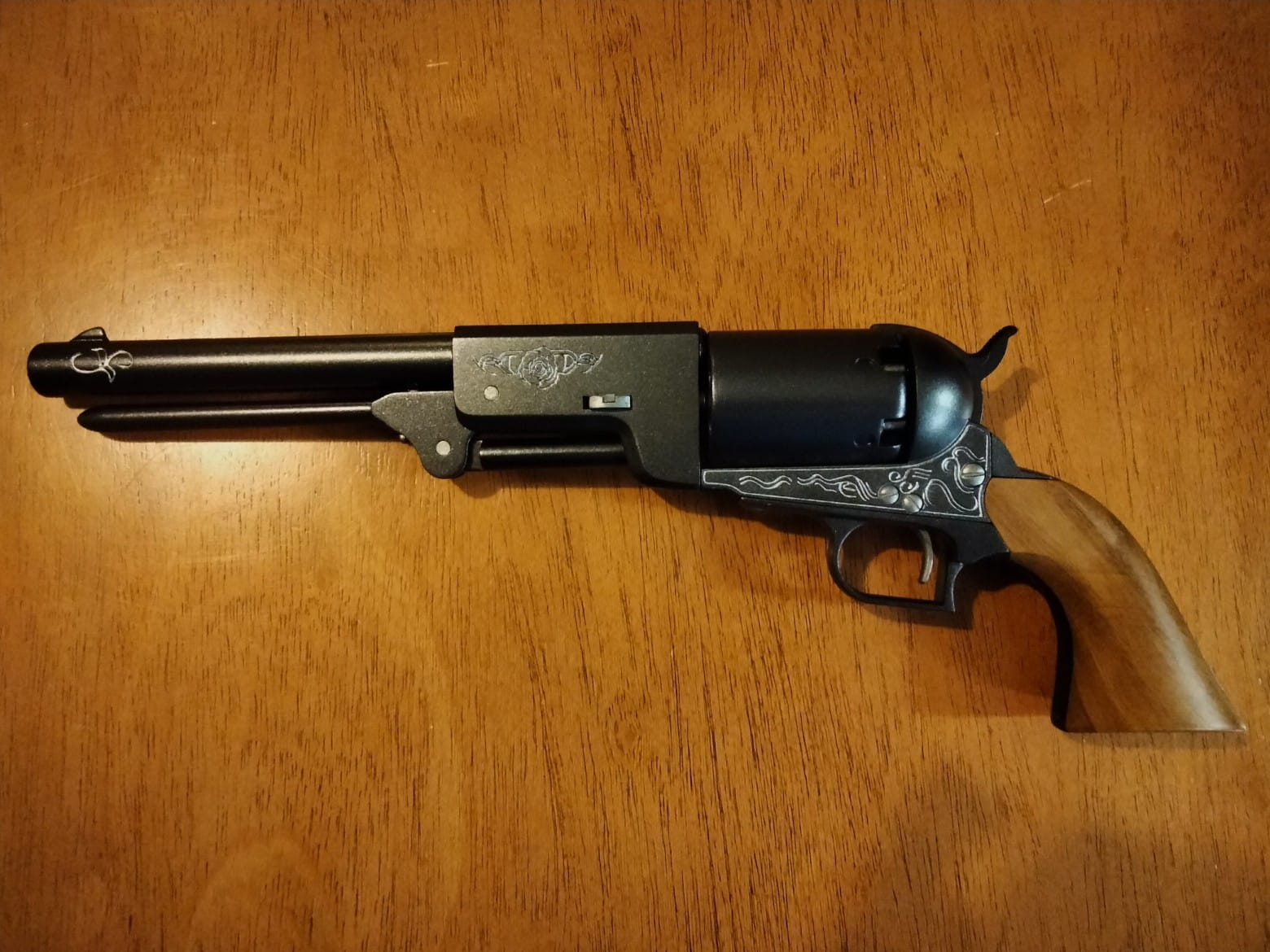 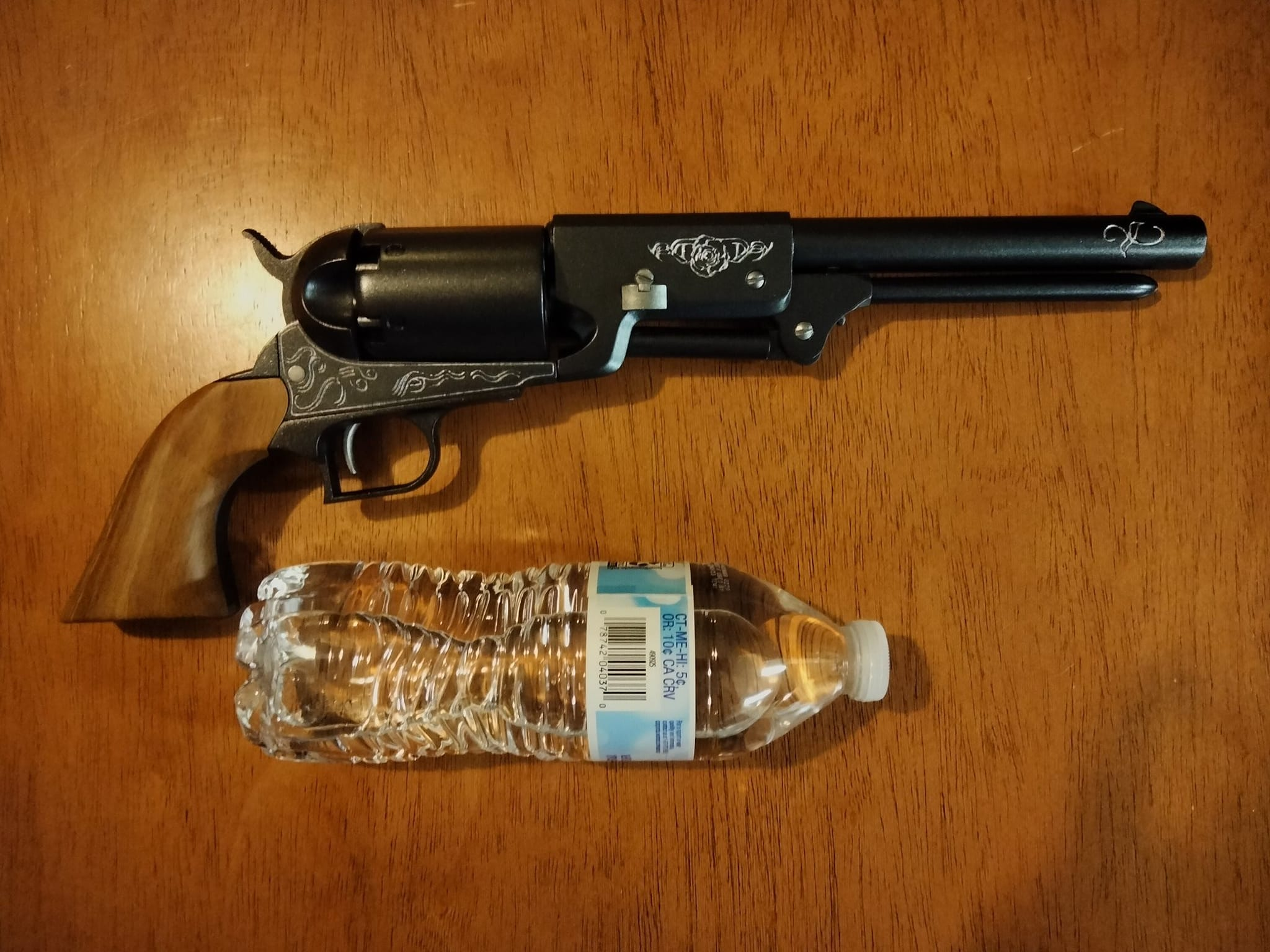 The Knives of James Bond
2

Finished up a lifesize Predator wall buster and got it mounted in the cave.