RPF PREMIUM MEMBER
I wanted to put this out there to discuss, OR just ask if it's already known.

This started with this thread I made that's still ongoing: Fabricated ROTJ Scopes - chatting with people recently I realized there were only a couple blasters that may have had real scopes installed, but SO MANY of these plastic caps were used. it's like the whole front was found parts and they just lathed the back halves

So, speaking of this, were a lot of ROTJ props made with Acetal (or Delrin)? Because some of the gun parts seem to be on their own with this, which made me wonder..

Was it the shops dressing the lightsabers and costumes and hand props? This would mean to me they made the MGCs and sent some extras over to stembridge to make the Han live-fire

Or, were they made by Bapty, maybe in charge of making the "fake guns" too and they were the ones machining all that acetal. Maybe they made the fake pistons and the flash hiders, or maybe the parts that were glued in place were made by model shops?

I have zero info on which shops did what, other than the costume books and what I've discussed with people here over the years. Thanks! 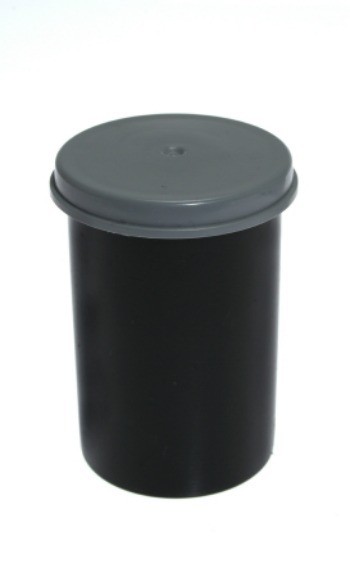 I have a feeling the front part of the scope may come from a cut down plastic film cannister. The dimensions differentiate slightly from manufacturer but on average are about 33-35mm diameter, which is what I approximated when I used photogrammetry techniques to 3d model the scope.

RPF PREMIUM MEMBER
I am also interested in what they used as a paint coating. The way it looks, the material underneath is quite dull in appearance. The coating looks to smooth for a glossy spray paint.

RPF PREMIUM MEMBER
Images like this make me think the front cap material was glossy and they put a satin type paint over it. It's peeling off here - and we know those scopes they used had a hard glossy finish too (at least for the 1 (or 2) blaster(s) that had a piece of a real scope

That minor texture could be similar to the look you get from a non-glossy rustoleum, poorly applied maybe

RPF PREMIUM MEMBER
SO, now that we know they probably used a Tasco 4x28 for at least one blaster... still on this train of trying to learn about the production of these parts to dress the guns.

I have a new Stembridge picture! 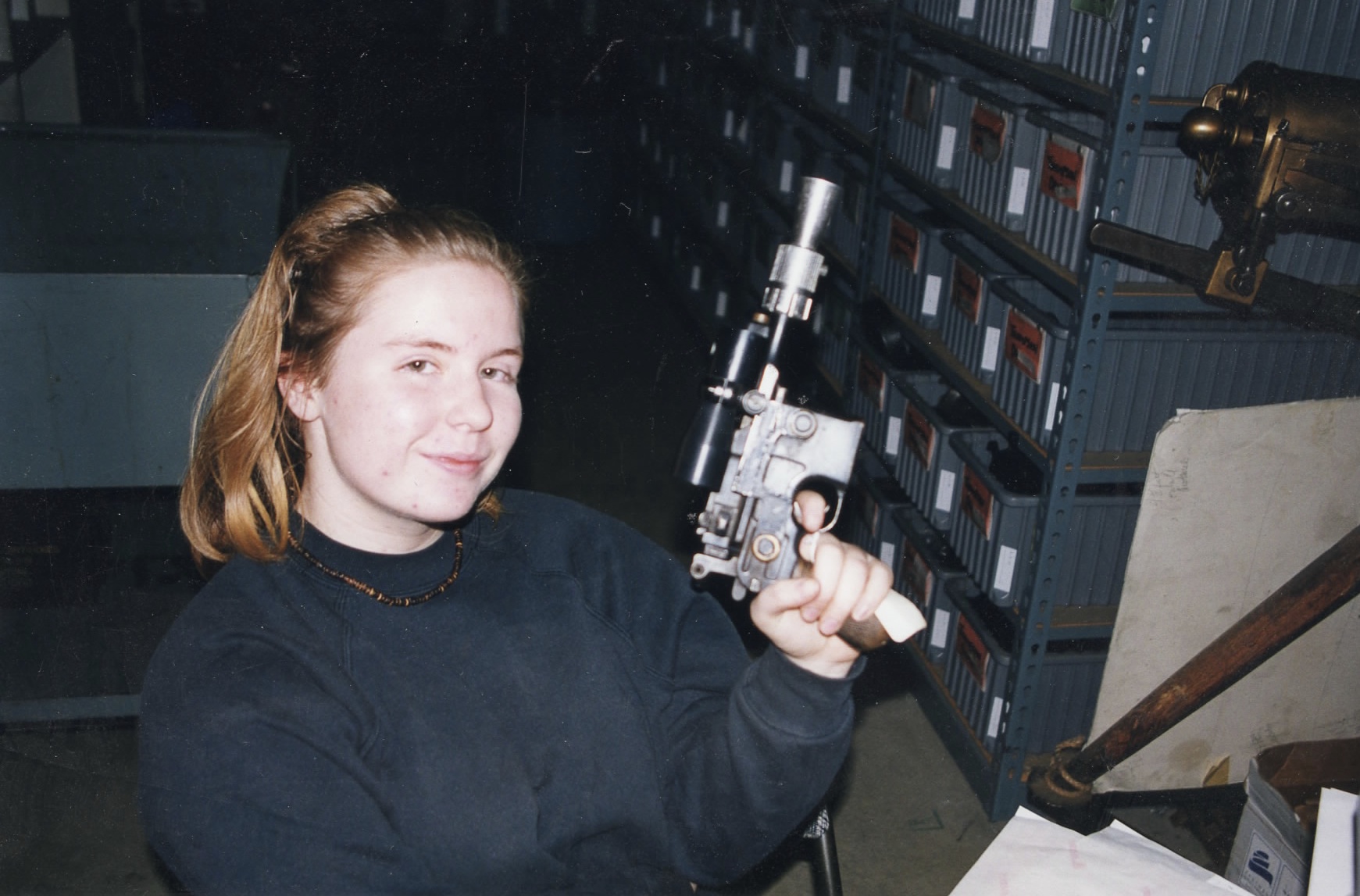 RPF PREMIUM MEMBER
I should add, I know the camera film canister thing isn't technically what they used, but they make pretty good scopes. I have a few molds for the Tasco scope bell

RPF PREMIUM MEMBER
why are you saying the film canisters are not what they used?

RPF PREMIUM MEMBER
A number of reasons, the correct sized ones are too long, by a small amount, and much more robust. The real part wasn’t trimmed and is very flimsy, you’ll notice the flare where it snaps against an aerosol can or something at the base. I do love the film canisters though, the wide ones. They’re the closest thing we have though!

RPF PREMIUM MEMBER
While on the topic of the Delrin machined parts used all over Jedi - this is a cast I have. It is of the blaster on the Special Edition E11 stormtrooper blasters, made in the 90s. Famously they have fins instead of T track. What I was told (I forget the source) was that they used parts from Jedi filming to complete the blasters. It’s my belief that (going back to front) they used an original lathed Delrin scope, original ring and maybe even an original cap? (Squashed cast) The knurled knob does not match the 1980s found part, so I’m dating that to the 90s as well as the rivet. The brass/metal tip is one of mine.
Unfortunately the cast had lots of bubbles on its face, so there was no detail on the front of the cap, which is where the manufacturing marks are 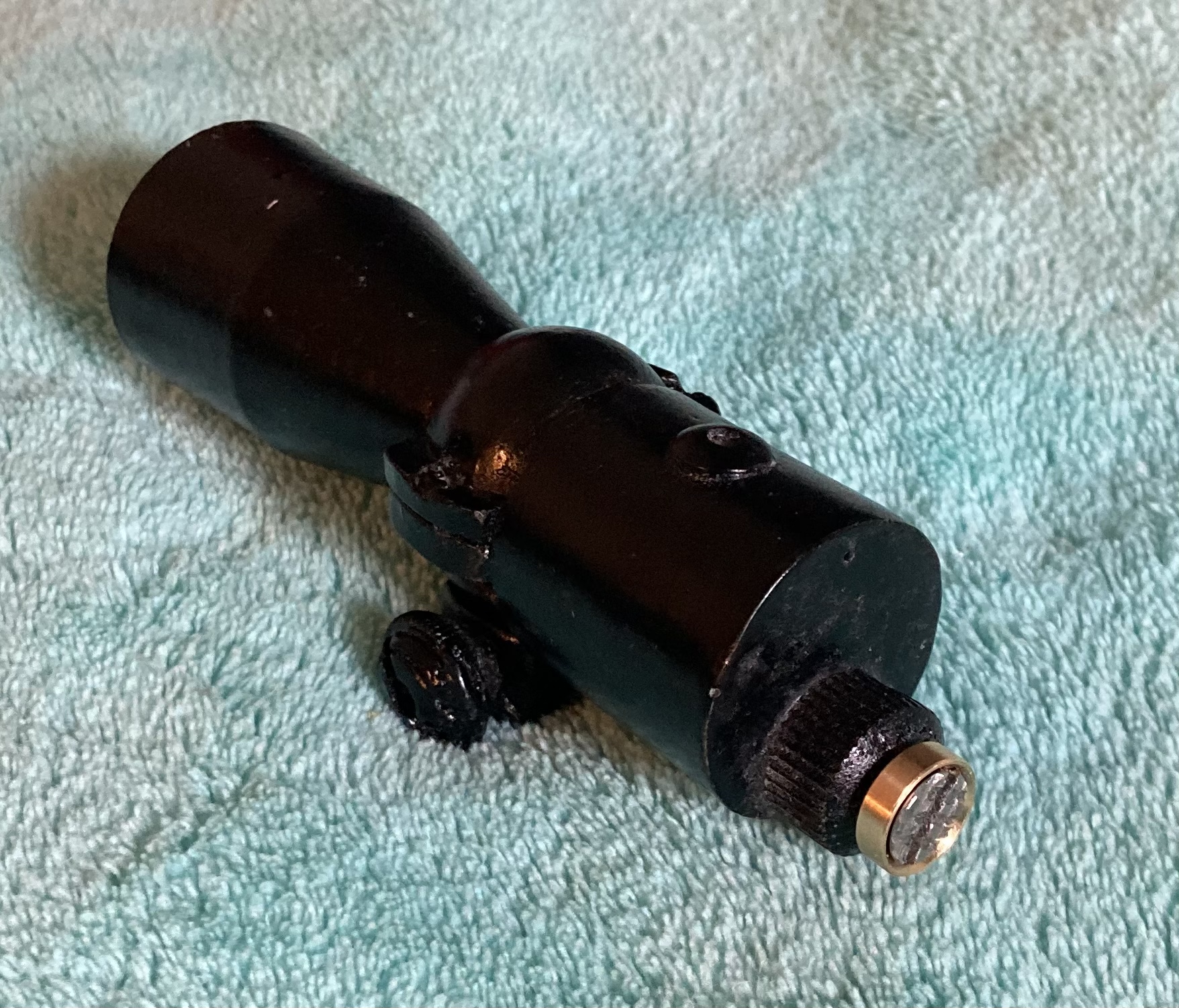 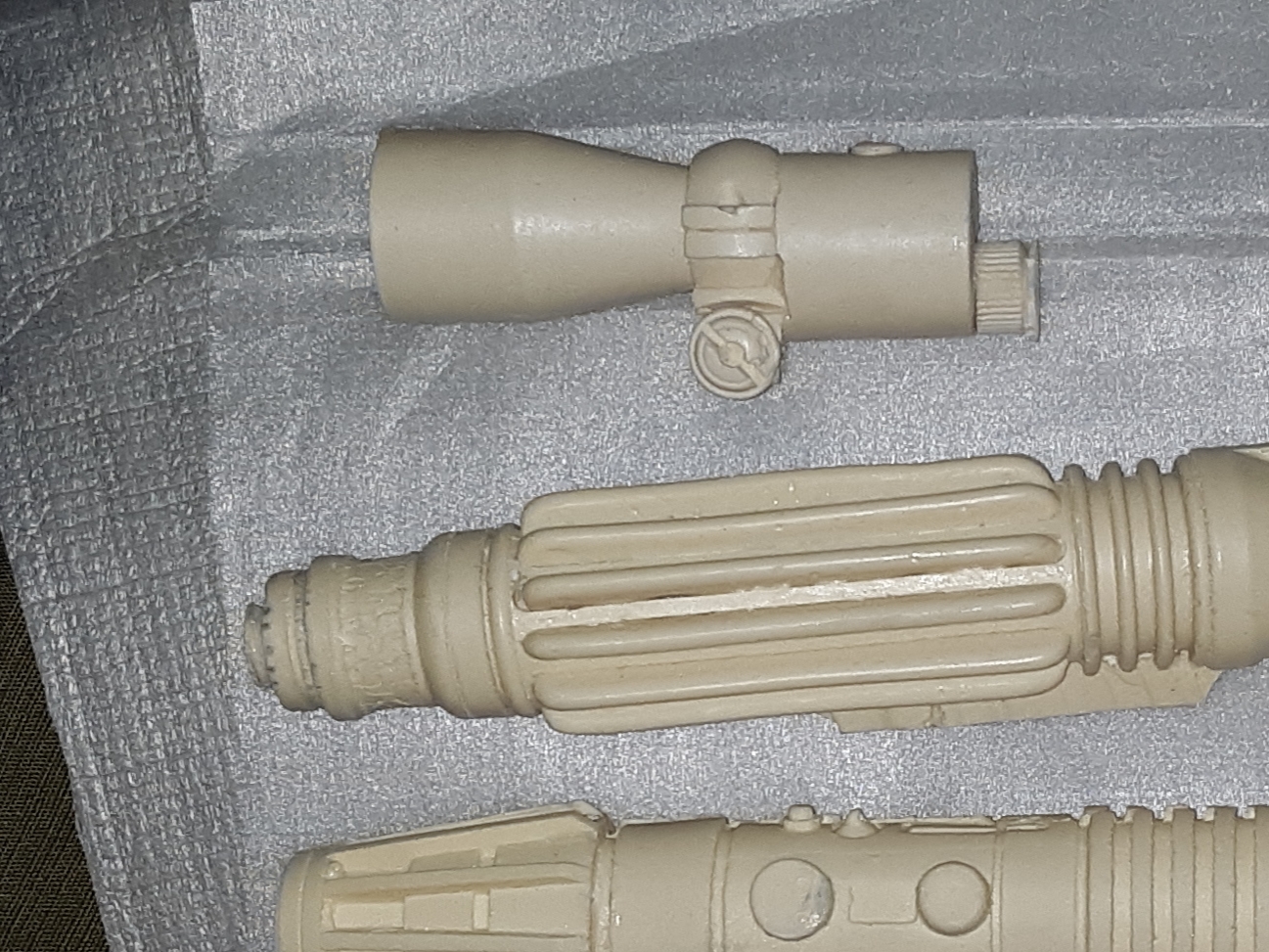 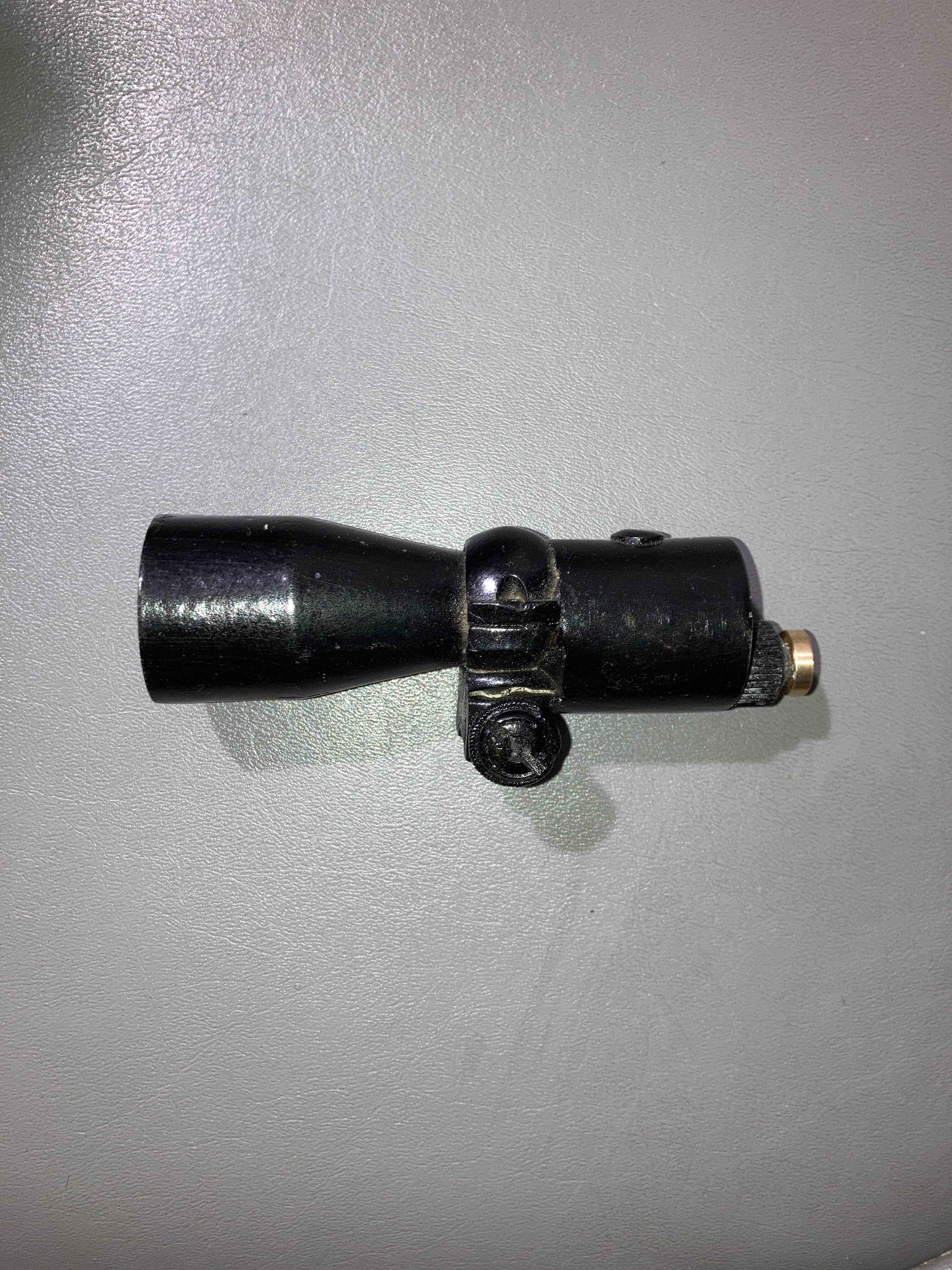 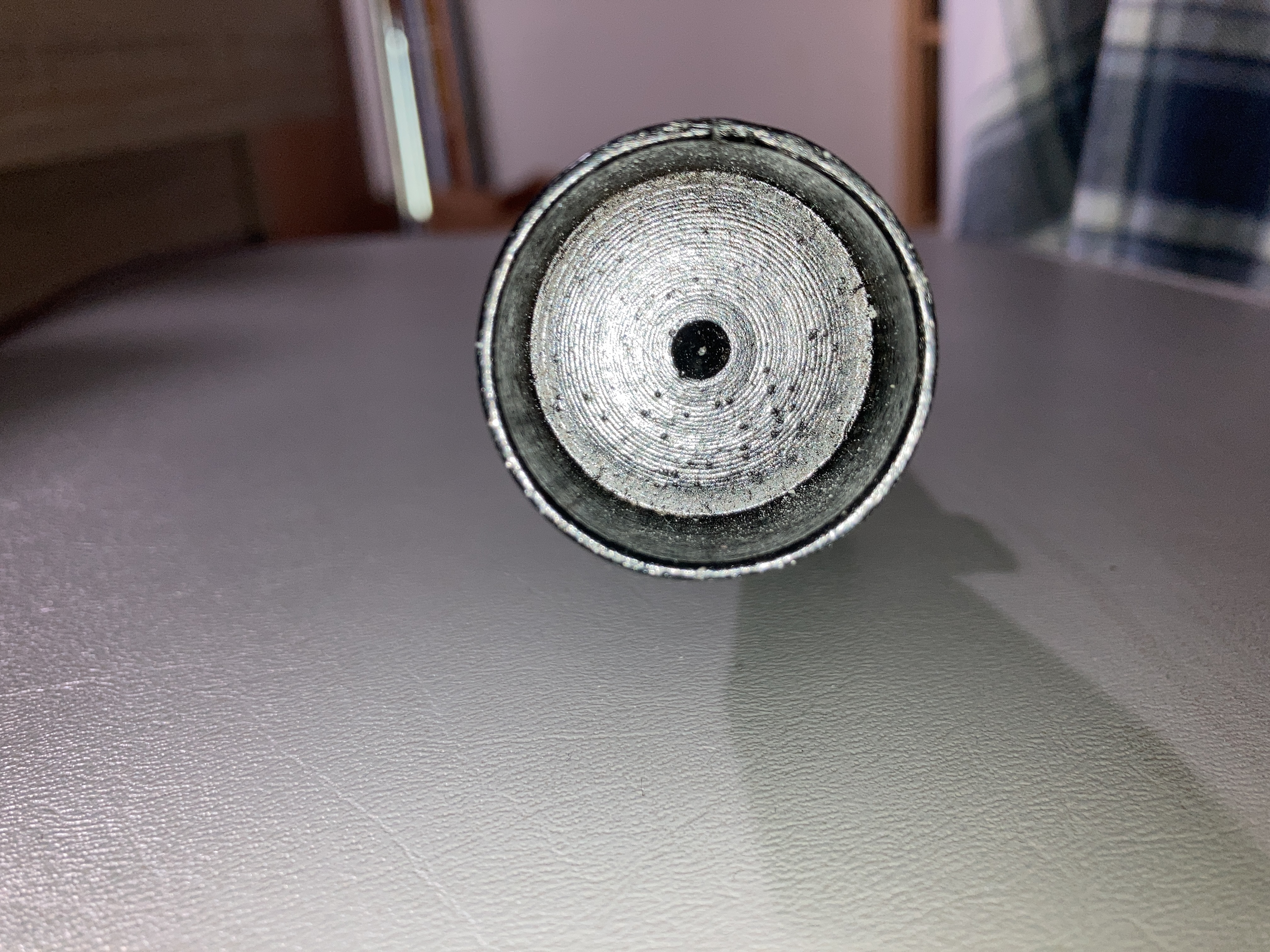 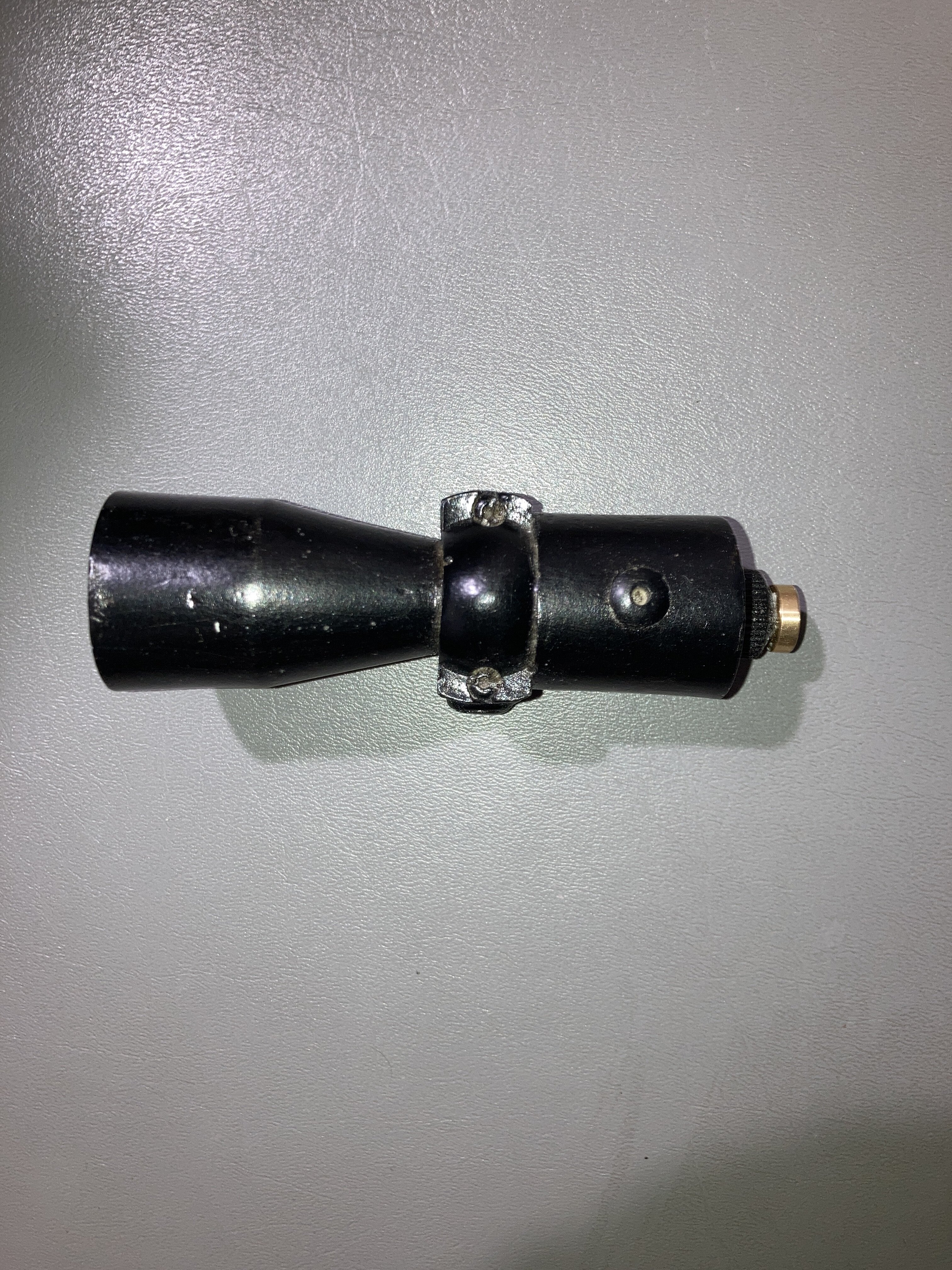 Reference photos from Return Of The Jedi

Who at ILM: Circa ANH production: Was from OHIO.