RPF PREMIUM MEMBER
Yeah unfortunately that mask is a dead end for now... I've found another person, but the mold he's using or the mask used for that has a lot of holes in it. So I'm kinda iffy on it all together now.

SRF said:
Since I was a child I had been a huge fan of The Mask. I've always wanted the Loki Mask and around two years ago I was seriously considering buying one.

Unfortunately due to health reasons I was out of work for a while and was not able to get my hands on one.

At the time I was looking at several masks to purchase and narrowed it down to two that I would choose one of. Both claimed to have been cast from the movies one being "The Mask" and if memory serves me correct the other was "The Son of The Mask" (Which when I went back to the site that said that they did not claim that anymore in the description which I found odd because I don't think that's something I would have made up in my head).

I don't have a trained eye for the minor details and nuances from the screen to replicas, but they both seemed somewhat accurate to my eyes. When I was seriously considering buying a replica I was working and making decent money and wasn't too concerned about the price. I knew I would be buying it and having it commissioned to be repainted. I always loved the scenes where Stanley would turn the mask over and see the mask's magic color effects transition side to side. I wanted to have someone try to mimic that with a special chameleon paint or something to that affect.

The two choices I came across were "goldenarmor" and "reelart". I just recently learned that both these sellers don't have the best reputations, but I also want to know what is what. I spent the last few days researching about the Loki Mask on the internet mainly here and other forums. Some of which was a little convoluted and mix match information, but I think I got the just of it.

Please correct me if I'm gathering this wrong or not.

There was a production of <50-60 licensed replicas from an old company known as ICONS? That was the most accurate Loki Mask you were able to obtain as far as I know.

At some point one or both "goldenarmor" and "reelart" were selling their own renditions of the Loki Mask, however it was missing the "L"?

There are some other people whether it's ebay/etsy/amazon that are middle men (Maybe from one of these sellers) and claim their mask is cast from a Hero, but are selling for a much higher price tag than either of the two mentioned?

Some claim at a later point one or both got their hands on a ICONS mask and made a copy of that and now offer the cast replica of that mask?

I'm not sure what's what, but I am still interested in finding the most accurate Loki Mask I can get my hands on whether it's a genuine ICONs or not. So in closing I'm asking what is the correct information and also where I could find one. Whether or not it's from one of these sellers or someone else I'd like to purchase one. If I had to choose though I'm more inclined to purchase from "reelarts". I hope "goldenarmor" doesn't have a more accurate version because I have read a lot of disheartening things about them and would hate to do business with someone for the sake of having the best replica out there.

Hey there! There is an instagram page out of Brazil called simply "Loki Mask" it is by FAR the best source for a Loki mask prop! You can request custom paint jobs, whether the mask is heavy or floats in water or if you want something different he makes an animated series loki mask! Ive purchased 2 off him already and currently awaiting a third which I requested to look like it had just been made (brown wood and silver iron).

I Hope this helps you!!

I also have a reelart one and they are actually smaller scale compared to others so wouldn't recommend.

HariboHeron said:
Hey there! There is an instagram page out of Brazil called simply "Loki Mask" it is by FAR the best source for a Loki mask prop! You can request custom paint jobs, whether the mask is heavy or floats in water or if you want something different he makes an animated series loki mask! Ive purchased 2 off him already and currently awaiting a third which I requested to look like it had just been made (brown wood and silver iron).

I Hope this helps you!!

I also have a reelart one and they are actually smaller scale compared to others so wouldn't recommend.
Click to expand...

Yes I've been in contact with them. I was interested in purchasing one and even posted a picture of one of their earlier masks on here. There's two people from Brazil that are actually selling them as well.

At the time when I decided I wanted to purchase one he was unable to ship to the US. I inquired more and we had some back and forths until he was able to again. Unfortunately after looking through some of his newer pictures that he posted, I found there were a lot of flaws with the masks. There were many gaps, pits, and holes scattered inside and out compared to their earlier pulls. I didn't know if this was an issue with the mold or curing process until I saw a picture of his mold.

It bugs me because it's something that's fairly easy to fix on the mold or at least fill in after the pull. I'm also not a fan of the material they are using for the masks. It's not a high impact resin, but I believe they are using something more accurate to what was used for the film which is foam-like. It wouldn't have been too big of a deal if they had just filled and fixed those issues, but just having it being painted over would drive me absolutely crazy. I mean I might be wrong and all those are intentional details and that's how it was on the Movie/ICONS Mask (Which I'm pretty sure theirs is off an ICONS copy) then I wouldn't want one unless it was addressed.

Anyways here's some pictures of what I'm talking about to see for yourself. 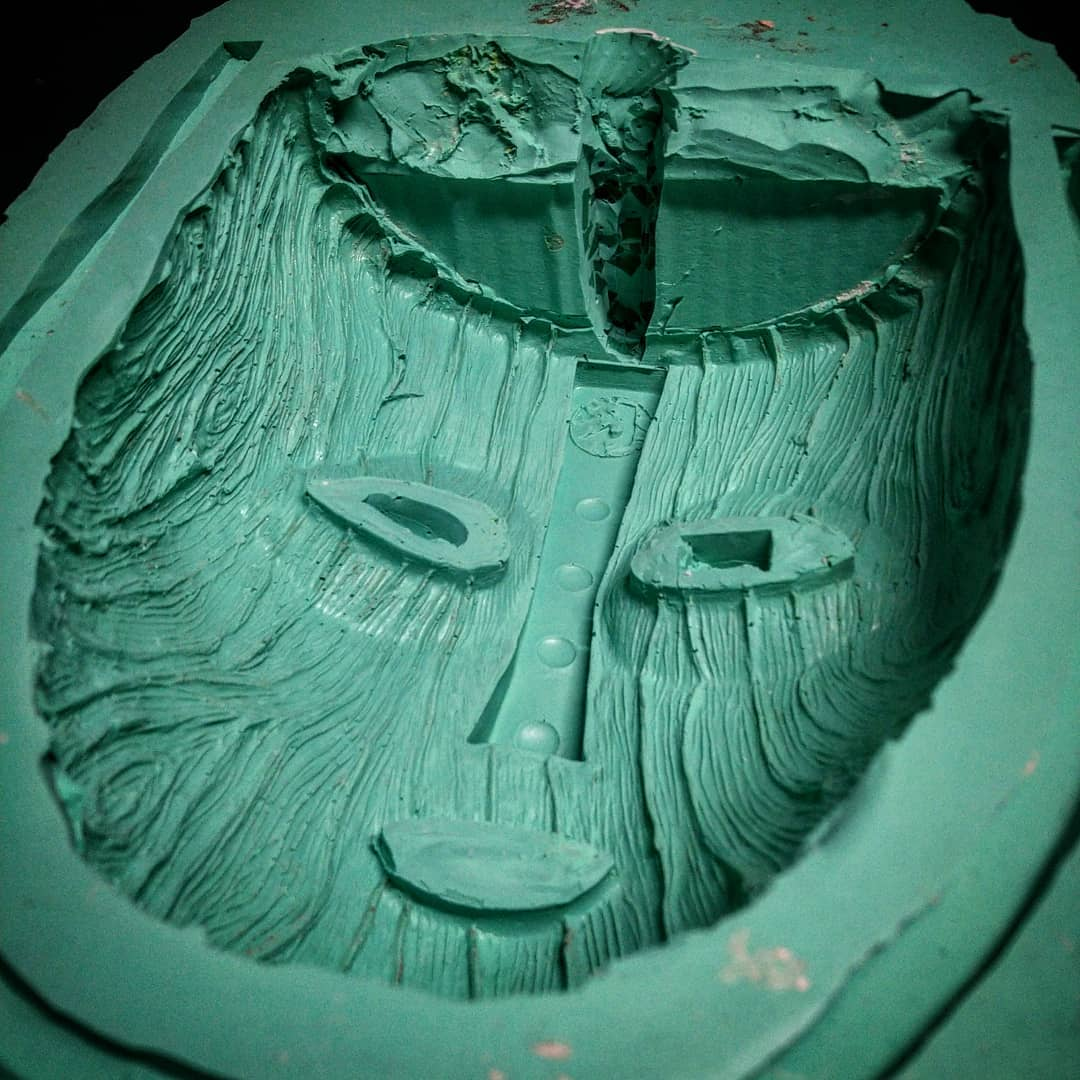 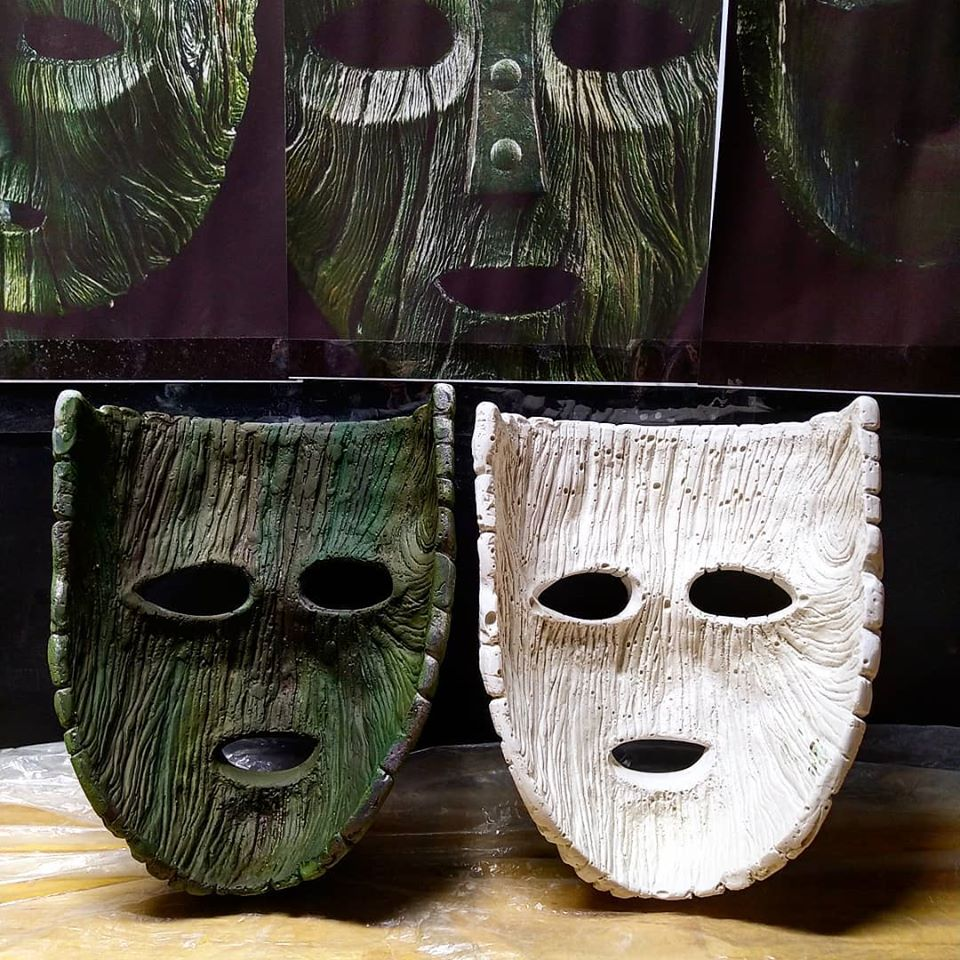 RPF PREMIUM MEMBER
What do you guys think about this one? 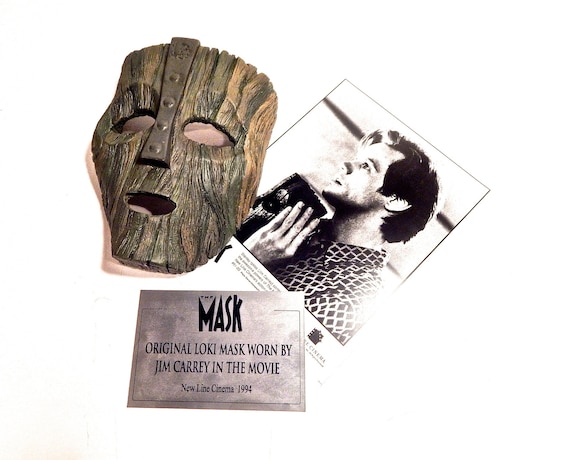 This is our Deluxe Loki mask replica from the Iconic film The Mask starring Jim Carrey ! Our DELUXE mask is First generation cast directly from the ORIGINAL used in the movie . It has been HAND painted by and industry professional in the USA. You will not see a more accurate rendition ever . You

No returns or exchanges raises a red flag.

division 6 said:
No returns or exchanges raises a red flag.
Click to expand...

A
Looking for a Loki mask from "The Mask" replica.

The Mask 1994 - Revenge of the Mask replicas