I'm still working on my Iron Man costume, but I thought I'd take some time to do a Predator project along the way since I've been posting here a while and not produced anything Predator related.

I downloaded the Pepakura file I found around here somewhere (model by Spartan857 / unfolded by mks81), and I've spent the last two days putting it together: 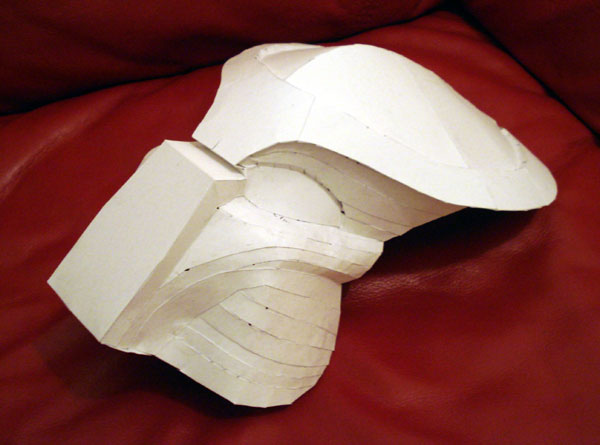 I just need to stick a little more card inside so it holds its shape better, then I'll of course be using Jesmonite and fibreglass surface tissue to resin and reinforce it. More progress coming probably tomorrow.

Here's today's update. I worked my way from the middle outwards with Jesmonite and standard glass fibre surface tissue until it was all covered: 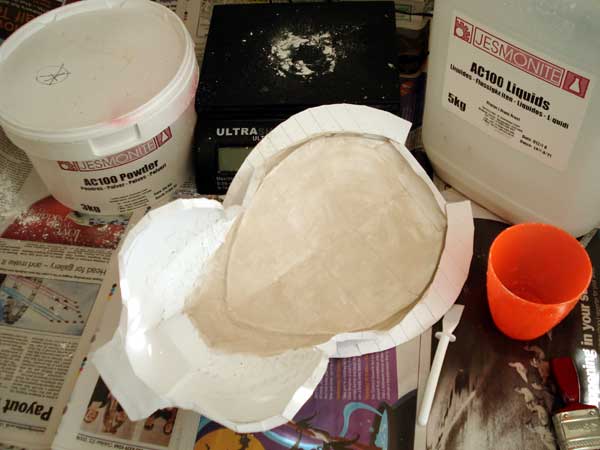 I managed to crack a piece at the edge by holding it there before it had all set up properly, but I got it all covered and it's didn't go too soft that it became mis-shapen or anything. I'll be filling the rim in later so it's solid in any case: 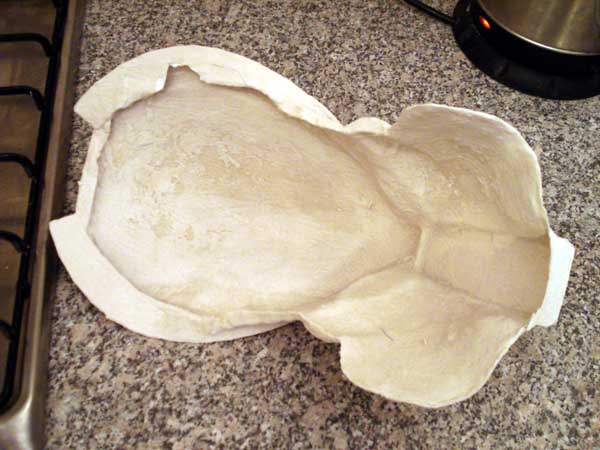 I also brushed a few coats on the outside, it'll need some more thinner coats and lots of sanding once its set... and of course all the other finishing: 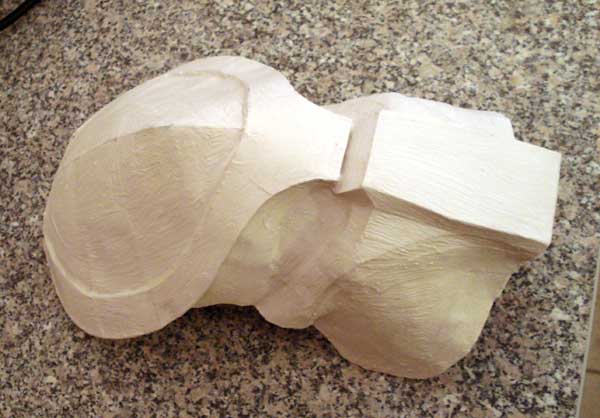 I'll probably mould off it and make a few in Jesmonite and glass fibre once I'm done...

nice dude, cant wait to see it finished and ur gonna need to cut the eyes out if its gonna be wearable

cant wait to see it finished

Thanks guys. Yep - I tried to make it with the eyes missing, but it was impossible, so once I've reinforced it and smoothed it out a little all over I'll cut them out then.

Status is that I've been really busy recently... however I'm due to get the Jesmonite out again soon for this and some of my Iron Man parts that are made in the same way, so there'll be an update soonish.

Finally, some sort of update, albeit minor.

I decided that I since I spent so long making the paper stage of this, that I should make the most of the having the basic shape. Therefore, I've smoothed the rest of the mask out by filling and skimming the surface with a soft Klean Klay: 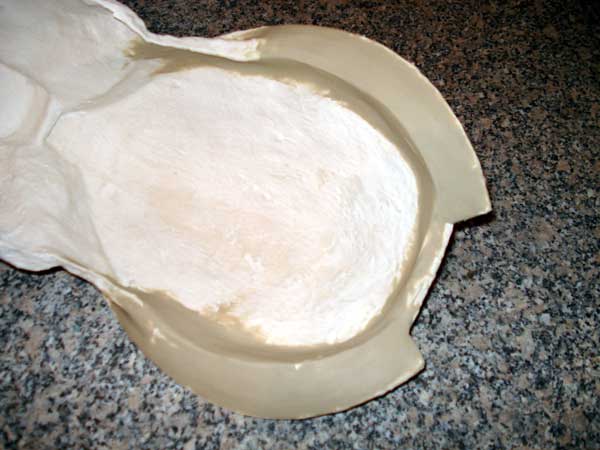 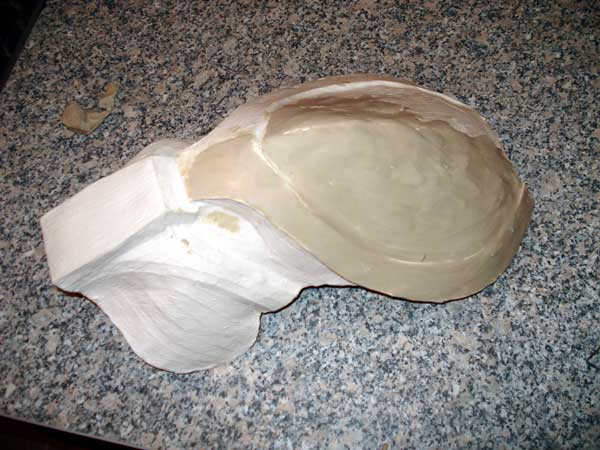 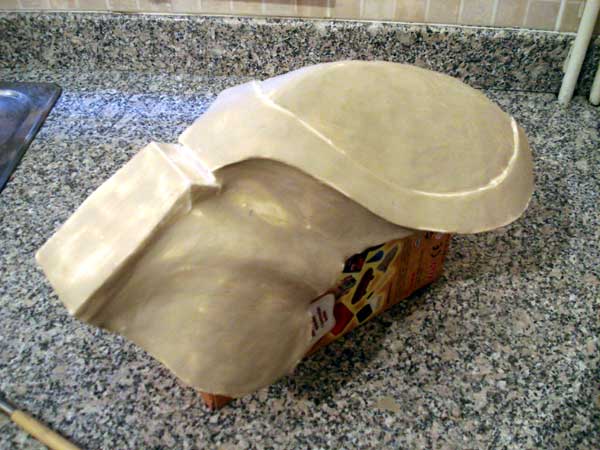 It's not perfect, but it was much quicker than repeat sanding and filling. I now have two/three plans:

1) Make a mould from the mask as it is, which is currently being built up with latex and cloth layers. This will allow me to cast more copies of the mask to play with.

2) Then go back to the original and add more clay to make my custom bio. I'll be adding some lumps/spikes/battle damage etc in clay and then moulding from that to make another finished piece.

3) Take one of my other castings from the version of how it is now and 'cut it in half'. I always wondered what Predator would like like if they were captured by Star Trek's Borg - so I'll be making a version that covers only half of Predators face but has a whole eye cover with a tri-laser/LED assembly in it and various other wires etc that go into Predators head.

I'll probably sculpt my own Predator mask/bust at some point in the future to match it/them...

nice to see that you made some more progress, looks great!