My Tusky Paint up

Finally got a go at him over the past couple of days. One thing I'll say about Paul's Latest sculpt is that its a blast to paint. Really an amazing canvas ..broad areas to play with weathering and really cool organic areas to play with the sculpts texture. Not being one for convention, I decided to mod it out a bit first. With my handy dandy dremel, I carved up the tusks, giving it notches and grooves to simulate old bone or horn. I next took the dremel to the already existing battle damage...making the lines a bit deeper and cutting into the eye sockets some more. I decided that I was gonna really mess him up and go with a lot of rust and corrosion on the side of his face. I applied Liquidex texture gel in a pattern over the crown and along the damaged side of the face. Using a broken stir stick, I poked the gel up in tiny tufts and let it dry. Then I went to town on it with my acrylic paint ..an old dish sponge and my fingers. ..for lenses, I used some old sunglass lenses that had a reflective blue tint ..I wrapped them in mesh and cut up the mesh on the battle damaged eye..then added some rust.
since taking the pics, I added a little more black wash to take down the silvers ...corroded the laser shroud and placed it in the helmet ...I also gave one more loop of leather to the tusks. here are the pics at about 98% done 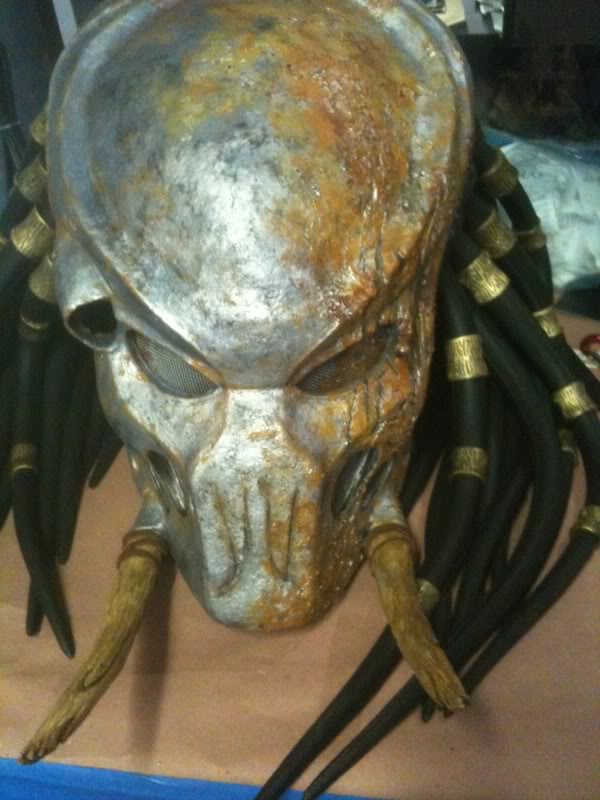 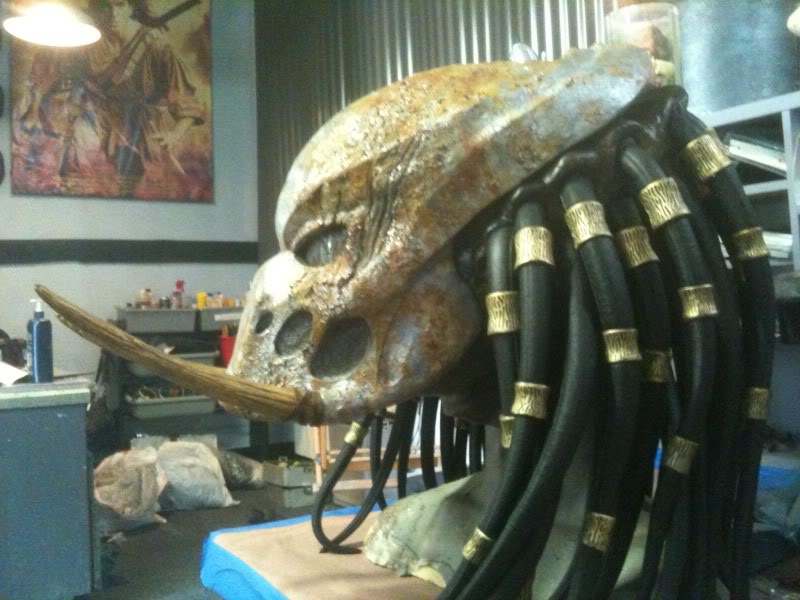 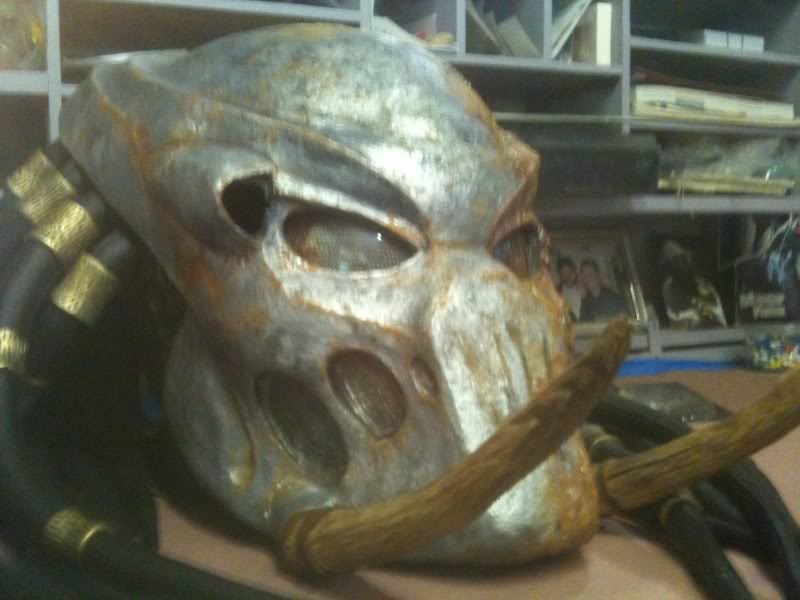 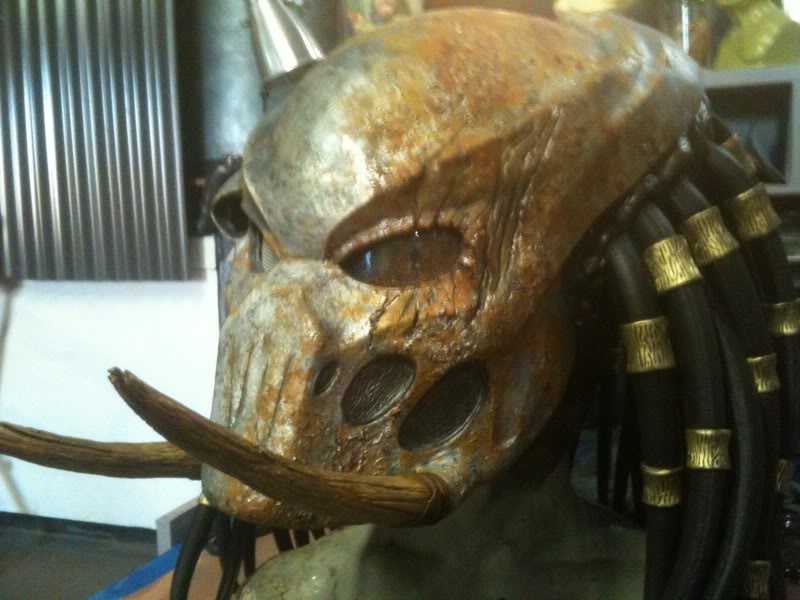 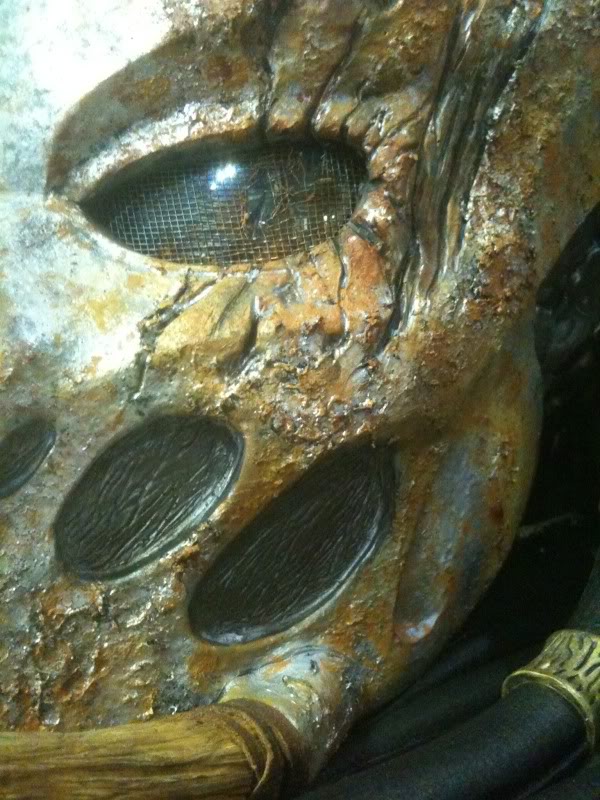 I really like the torn mesh in the lenses.

That's truly amazing. I really really am loving the entire look of it all. Thanks for posting the pics!!!

I'm back to square one with mine....lol

WOW
I love it!
I really dig the modding done to this bio.
You hit it out of the park again George

hot damn George! that is an awesome paintup. please, please, please get a real camera though. your iPhone pics don't do this justice.

ha ..after posting them .i noticed that I probably shouldnt be handling my phone while Im working in the shop ..the little lens is tre, tre dirty ...I'll charge my real camera and take better pics of the finished piece tomorrow

This looks fantastic George! I love seeing anything with a rust paintjob because there is so much going on in rust, its very interesting to look at, and you did a very good job of pulling it off.

thanks .. a little burnt and raw sienna goes along way ... I tried this on some movie helmets i did awhile back. I have used rusting agents before ( on the scuba Bio I did over a year ago ..now with roninpred) ...this one was all acrylics.