Hi guys, I'm now working on a group of six Vipers from the Revell kits, at least one will be part of a diorama with a Cylon Raider...

Taking the ridge off the intakes:

Just the beginning here, updates to follow for TOSBSG fans!:cool
Estimated time to completion of first Viper: three weeks from today- we'll see if I can make it so.
U

Can't wait to see it. I've got one of those kits that I've never posted anything on. I did my own paint scheme. Looking forward to your updates.

This will be fun to watch. I have a few vipers in storage that I'm looking forward to building soon. I want to try some slightly different paint variations on them so that they all don't come out looking identical. I have the ones with the solid canapy-- I haven't decided if I want to bash them and install cockpits or not. I hope you document each step! I'm already learning something-- I didn't realize the ridge on the intakes were innacurate!

I'm ripping through the easy, crude stuff now (getting rid of the intake ridge is SO time consuming...).
The nose 'torpedo hole' has to go. On my last Viper, I cleaned it out & left if open. This time I'll add a greeble of some kind later. Some folks have put in a mesh, but I just don't see it on mine.

Gotta thrash the little triangles on the guns- not only are they too thin, they aren't hollow in their centers, & they are 90 degrees off. More on that later.

The greeble in the middle of the pipes is toast (I don't know where the sculptor got it from; it's not in any pic I've seen), as are the pipes themselves. They were totally toy-looking. Styrene tubes will replace them.

I assembled the pilots (except their heads, the faces need some plastic surgery) but haven't glued them in yet- painting must ensue first.

This is going too slow... I need caffeine!:lol
G

This is gonna be way kewel! :thumbsup


A company called Fireball Models has very nicely done replacement lasers for your Vipers. I purchased two sets directly from him a couple years back for a Viper diorama I'd thought to build, but never got around to. They're not in stock right now, but they're for listed in the Starship Modeler Store: Colonial Viper Replacement Cannons.

I haven't even begun with all the necessary mods to make these Revell kits accurate!:lol The guns are easy...
U

When it comes to something like this, IU don't sweat it to much, still I'm looking forward to your build.

Chrisisall said:
I haven't even begun with all the necessary mods to make these Revell kits accurate!:lol The guns are easy...
Click to expand...

I carved on the exhausts.

Now, the wing-to-gun bits are too thin... attending to that here.

Damn you Chrisisall no wonder I cant find a Viper you bought them all!!:lol
Cool stuff......one at a time....and yea lots of putty and sanding!

Nice work mate. I have on it's way the cockpit interior and launch ramp for my Monogram kit. Looking forward to your build finally after teasing us with bits of viper all over your damn shuttle build.

3d-builder said:
Damn you Chrisisall no wonder I cant find a Viper you bought them all!!:lol
Click to expand...

What references are you using for all of your modifications? Are you going off the studio models, or the full-size mock-ups seen with the actors in the hanger bays and when they (every week!) crash-landed on a planet?

I'm making them a blend of the full size mockup & studio model, but mostly the model. Bruce's Domain is TOTALLY helpful:

In DESIGN, not SIZE you silly!:facepalm:lol

chrisisall said:
in design, not size you silly!:facepalm:lol
Click to expand...

Nice work on the wings! I never really researched just how full of inaccuracies the original kit is, but knew it had a lot of issues. That looks to be a pretty kewel way to get those wings worked out.

After sanding, it's just about right. Now 11 more.

I finished the wing mods on all of 'em, & I just got done drilling 180 tiny holes on all the little thingies on the side parts with an exacto knife I broke the very end off of for the job...

Here have the bottle, looks like you need it! 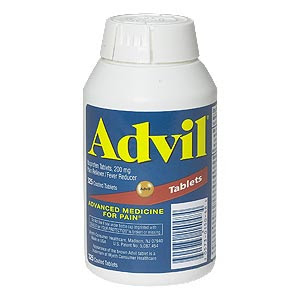