RPF PREMIUM MEMBER
No, sorry. I've been manufacturing thousands of face shields non stop for the pandemic. That is slowing down though. Thanks for the poke. I'll get something together this week.

RPF PREMIUM MEMBER
This week I finished the model of the large piece using details from both the animated and live action segments. Prior to this it was just a sketch version of the model, and now it's accurate. I ran off a print last night on the resin printer and it came out great. I'm waiting for post curing now, and will sand it to remove the marks left by supports on the bottom side over the weekend. I'll then prep it for molding and get it into silicone next week. 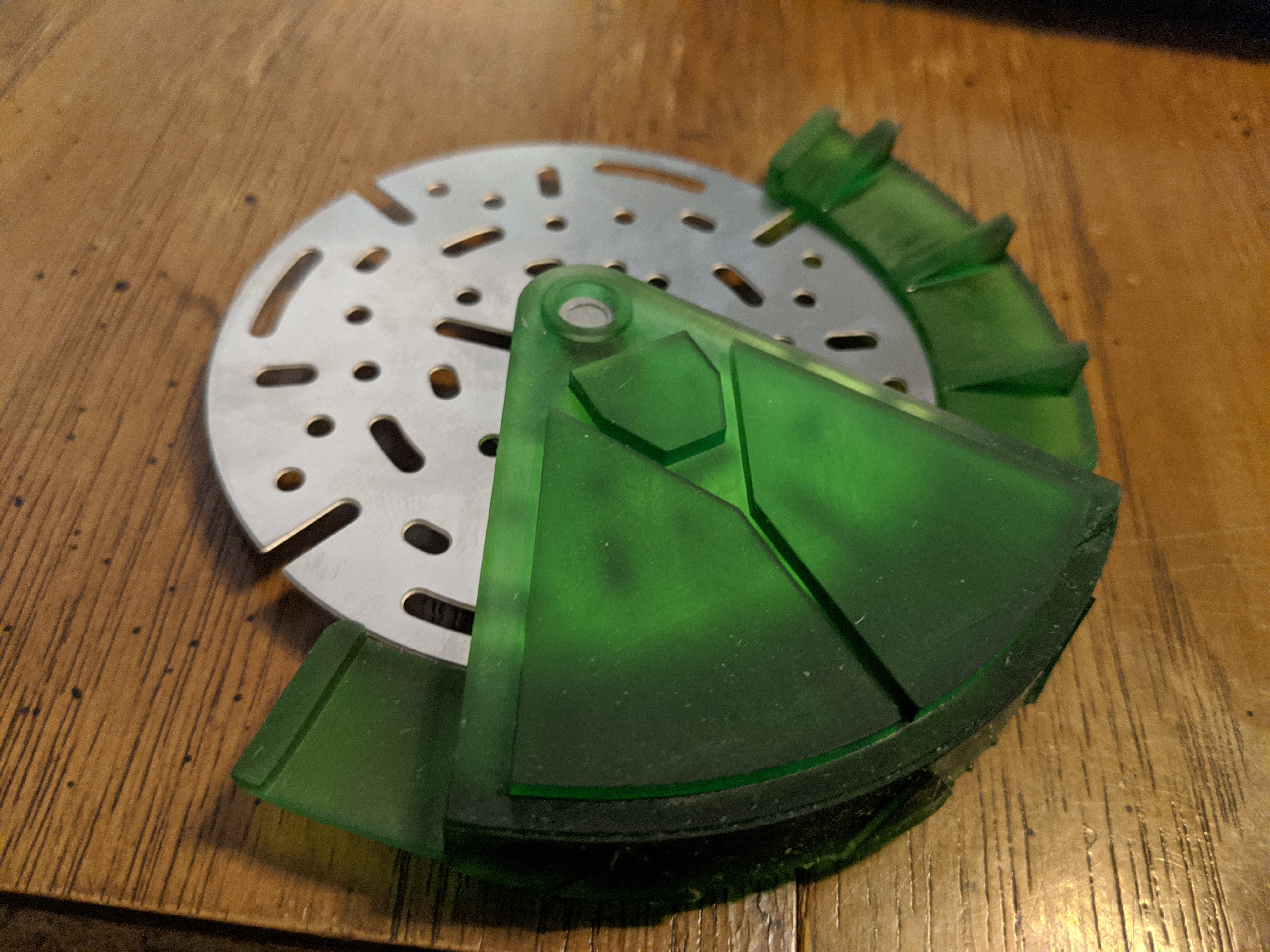 RPF PREMIUM MEMBER
I used apoxiesculpt to plug the minor imperfections in the print over the weekend, and sprayed a layer of filler primer today.

RPF PREMIUM MEMBER
I don't have confidence in a mold for this shape, so I'm shifting to the backup plan of printing in a metallic resin that has a chamber for the nfc tag, instead of just dropping the tag in the mold during casting. The tag will go in the round cutout pocket seen on the right, and that blue panel will then be glued in place.

NFC tags don't typically work when they're sitting against metal. I've moved it as far away as I could from the metal disc, and offset it so it is only partly overlapping. Testing at this distance on my pixel 2, it works every time. I'll print the updated model tomorrow to test the fit of everything, and test the actual distance to see if the tag scans. If it doesn't, I'll be ordering the "on-metal" version of the NFC tags, which have a thin ferrite layer backing, and allows it to work on metal surfaces. I believe the distance will take care of it though because it's working in my experimentation. I'm using the nfc tags I have on hand, which are left over from a previous project. 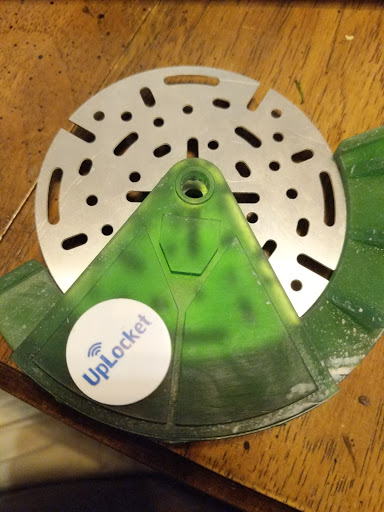 The sample print image for the metallic resin looks promising, and very similar to the reference shots from the game. I've ordered a liter of the stuff so that's on its way. 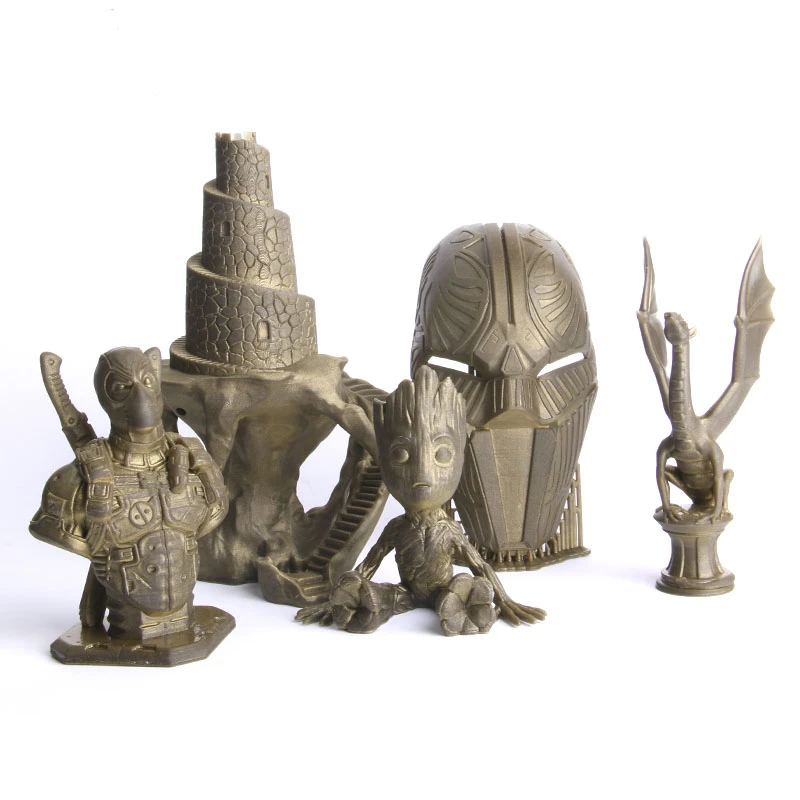 RPF PREMIUM MEMBER
I've struggled a bit with the printer to get the settings right with the new metallic resin. Here's what I've got so far. I'm not 100% happy, but it is significant progress and close to completion.

I've tested and the nfc tag functions even though the metal disc is nearby, and there is metal particles present in the resin. Still works! 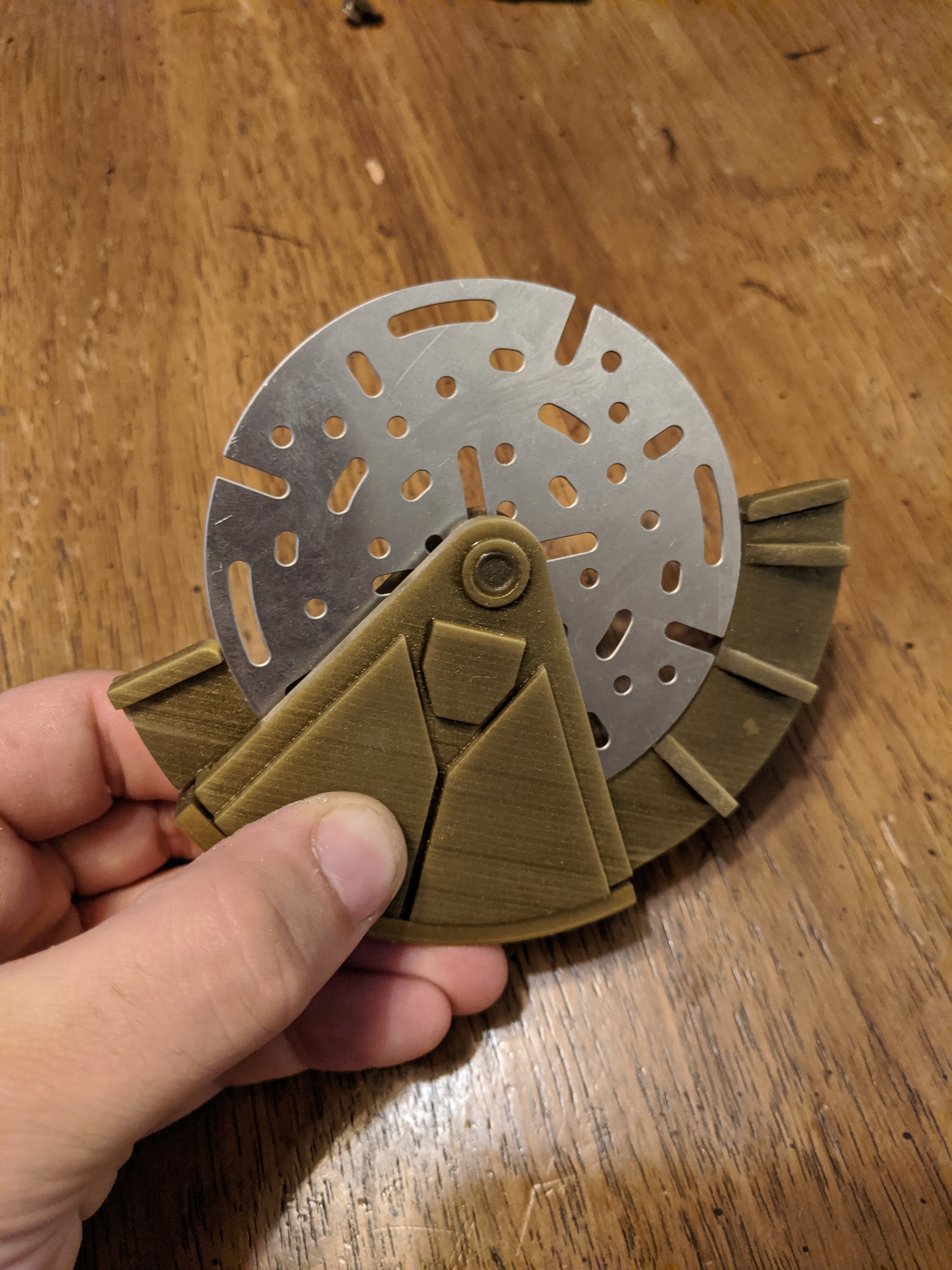 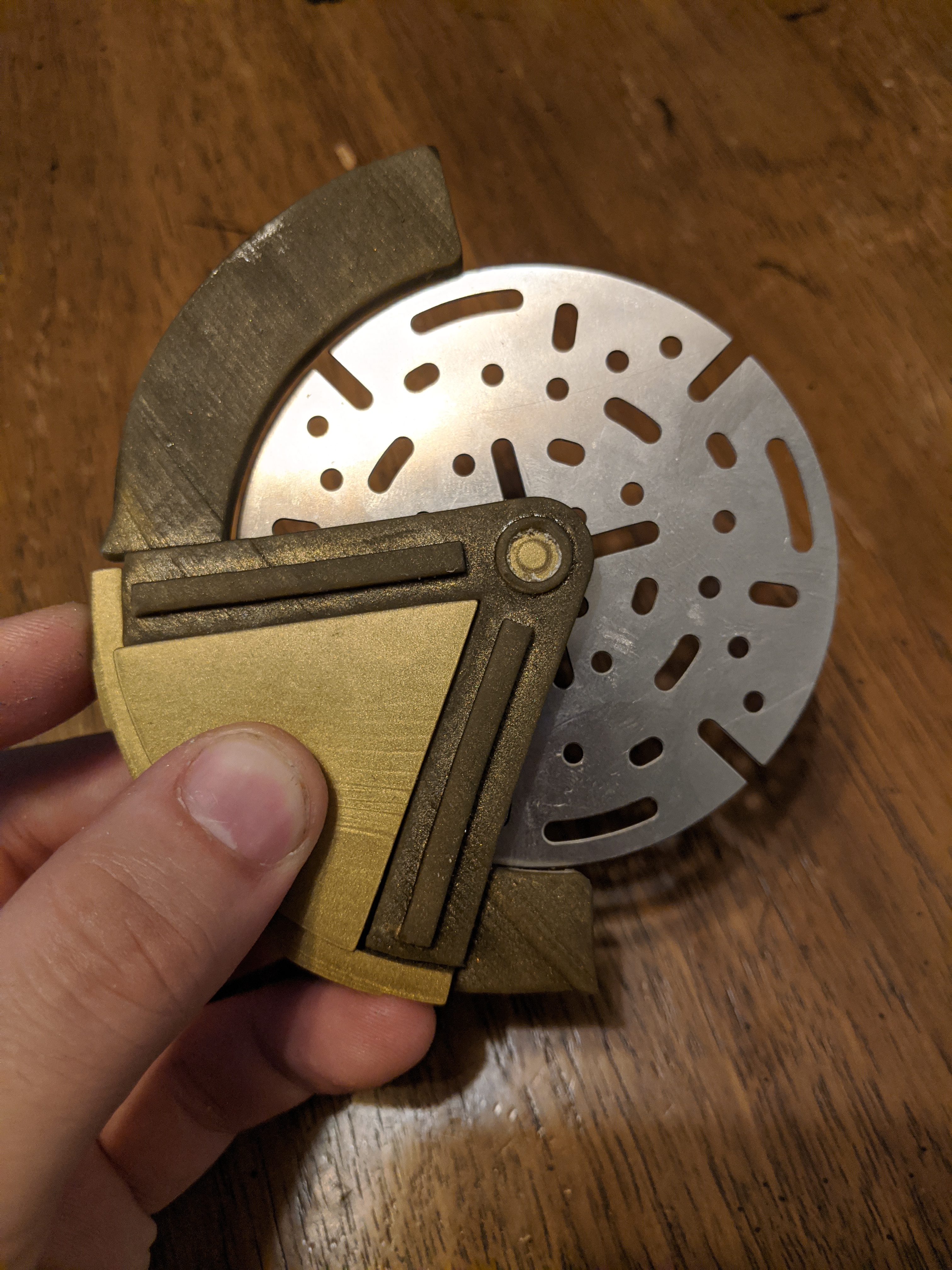 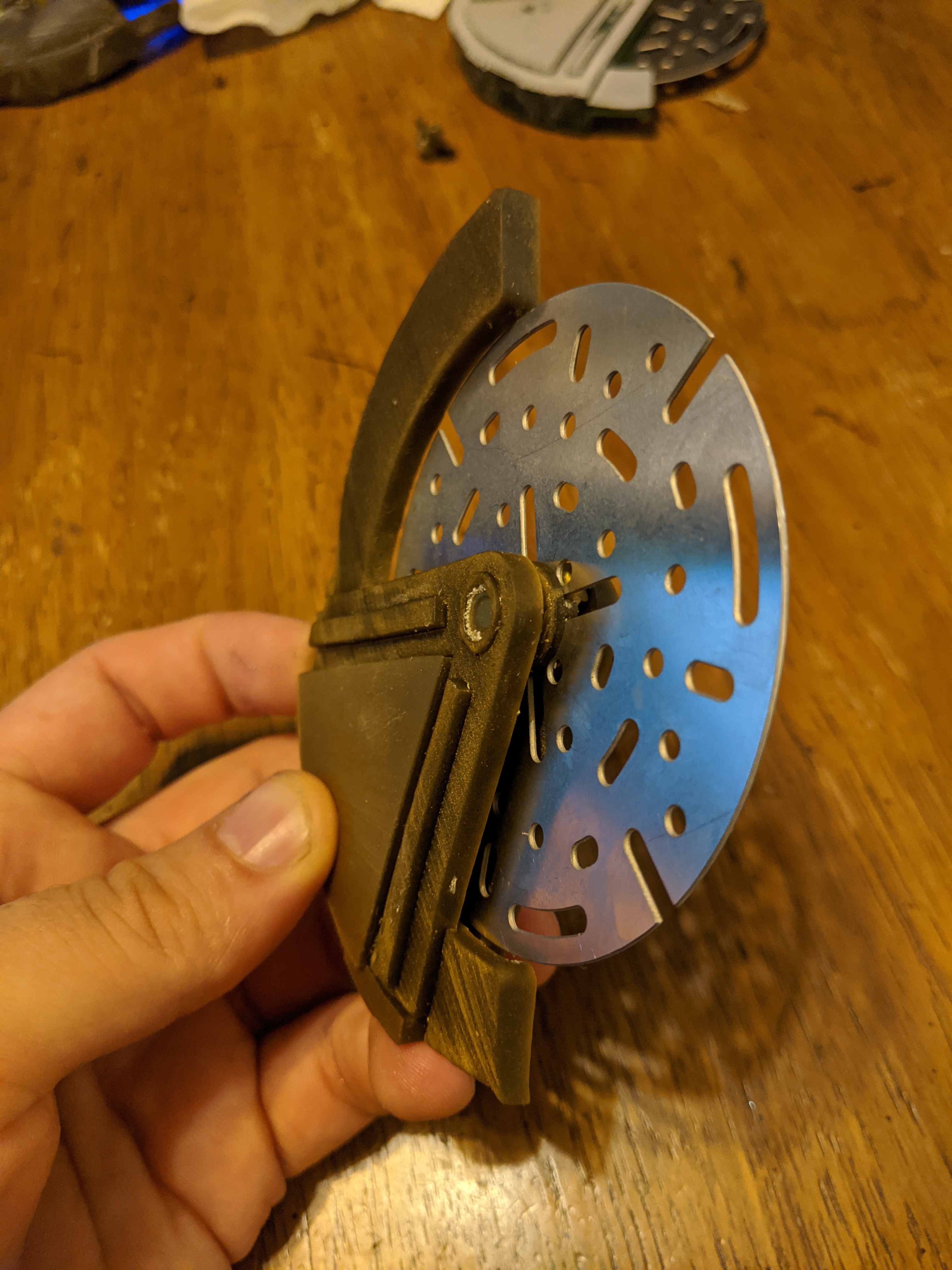 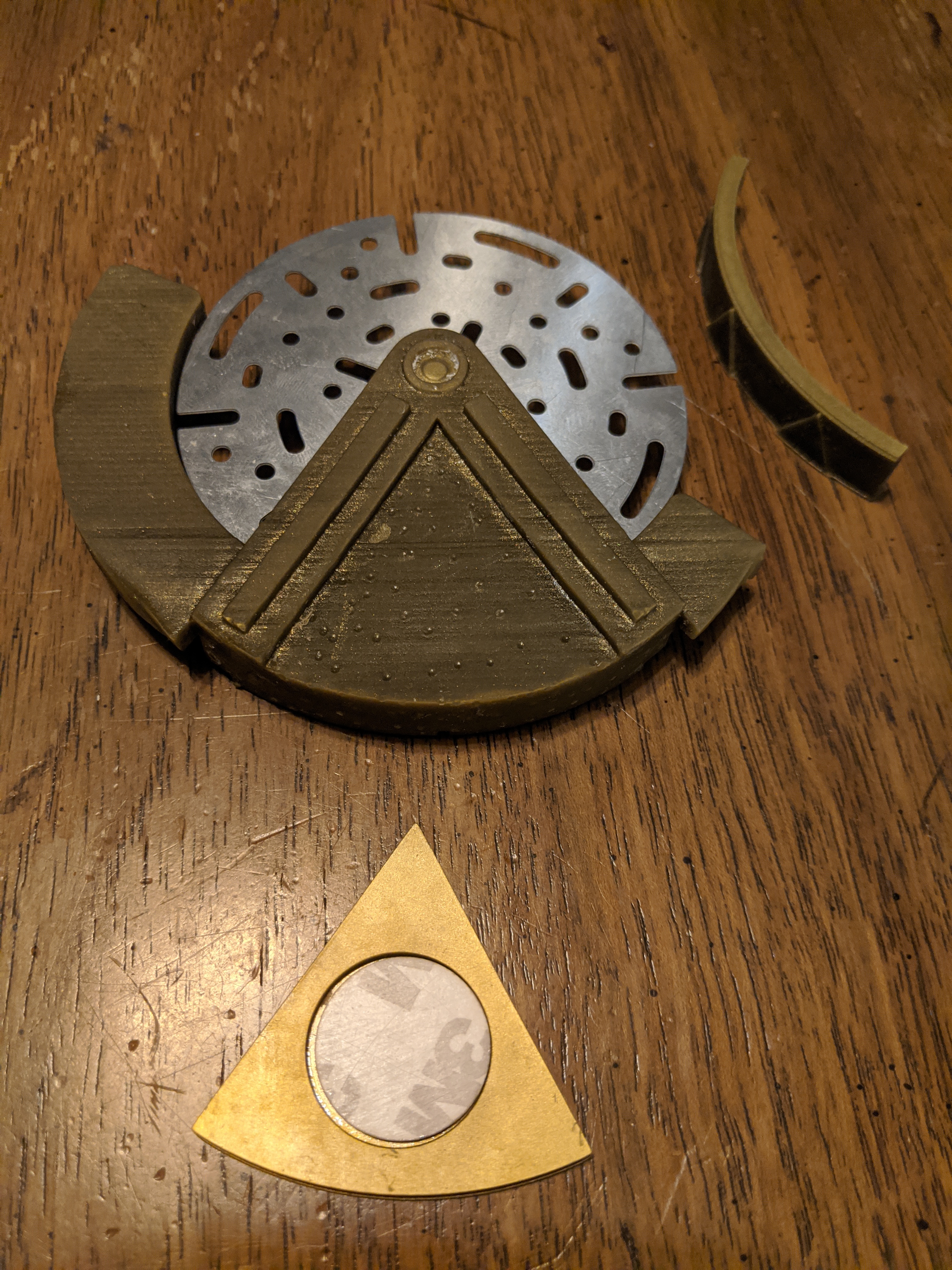 Well, nearly a year now without an update, with the interest post going up in 2017. Gonna call this one dead. Can you refund me my deposit please?

RPF PREMIUM MEMBER
Sure I'll send the $10 deposits back to people who want. PM me your PayPal email.

I will still finish these and offer them to people who want when they're ready.
P

Hi man, sent you my paypal address for my refund. Check your pms, thanks

I've sent you my paypal a few days ago, I've not heard anything from you. Any update?

Yes me, also sent my paypal address days ago and no answer yet

PeterJC said:
Yes me, also sent my paypal address days ago and no answer yet
Click to expand...

So everybody still waiting? Why is it so complicated to refund 10 dollars after more than 4 years since the project started?

Got it! Thanks you!
P

Just got mine, thanks