Well, that was a chore! As I mentioned previously, all three molds for the RF, stalk, and antenna failed. So the long delay since my last substantial post was due to me ordering more rubber. Twice.

I was able to mostly-successfully remold the stalk. There is a little funkiness around the RF mounting point, which is easily sanded away, so for expediency I opted to just go with it and deal with the minor sanding work. Even if you don't sand it, it's hidden by the RF once installed anyways. I don't really have any photos of that part so you'll just have to trust me on that.

But both second molds for the RF and antenna failed. The problem ended up being the Krylon primer I was using, even after clear coating it. I've used Krylon primer for years without issue, but they recently changed the formula and the new stuff made its way into my supply. So gotta toss all that crap and find a new primer. To fix it, I opted to scrap the RF and antenna masters and rebuild them from scratch so I could control every facet of it from the beginning. And since I didn't have any new primer to replace the Krylon, I opted to just gun it straight from the build to clearcoat on both pieces. I lucked out and got two good molds out of it. 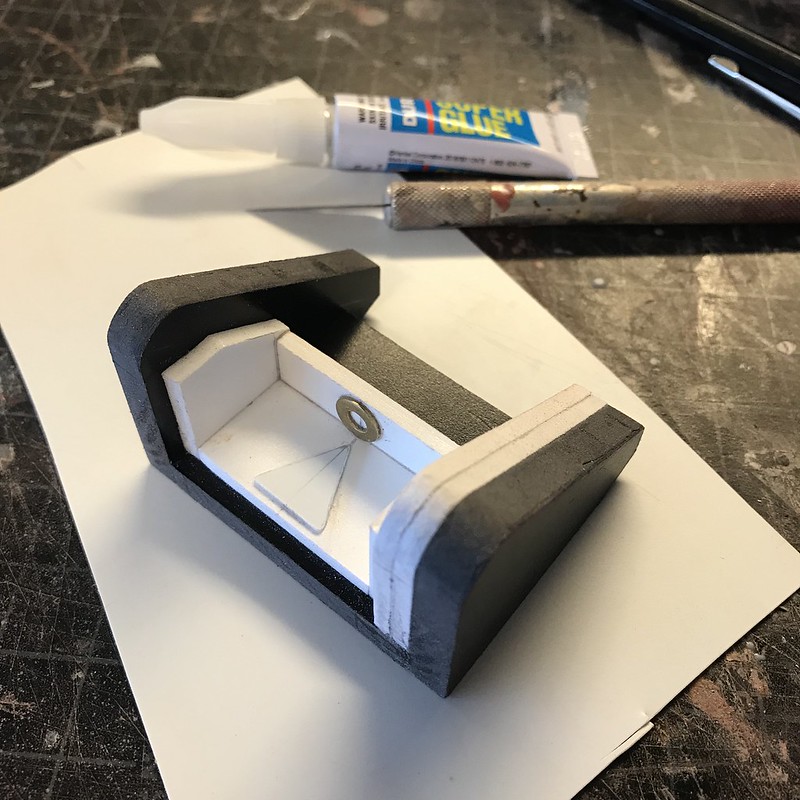 By the way, I decided to alter the design of the RF. Before, I had a recessed section on the bottom. However, I decided to change that to the back of it to switch it up from Production Boba a bit more. I like this way more. 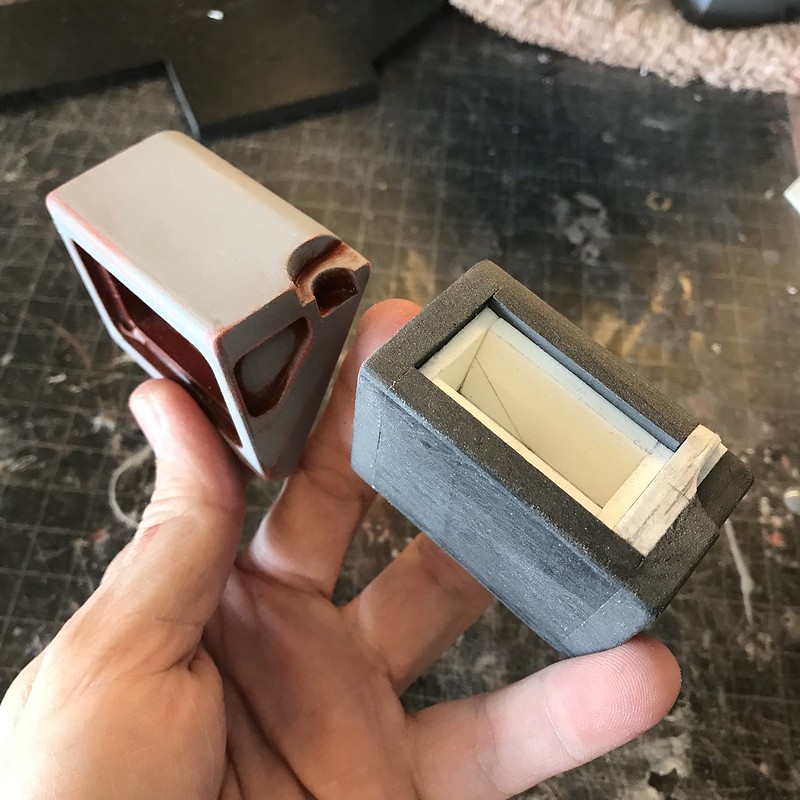 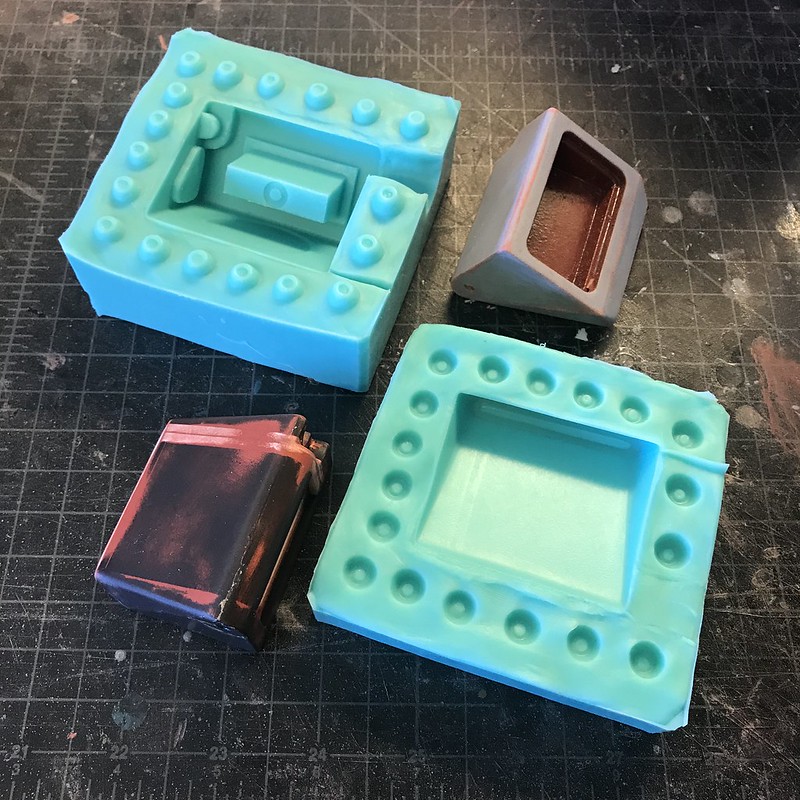 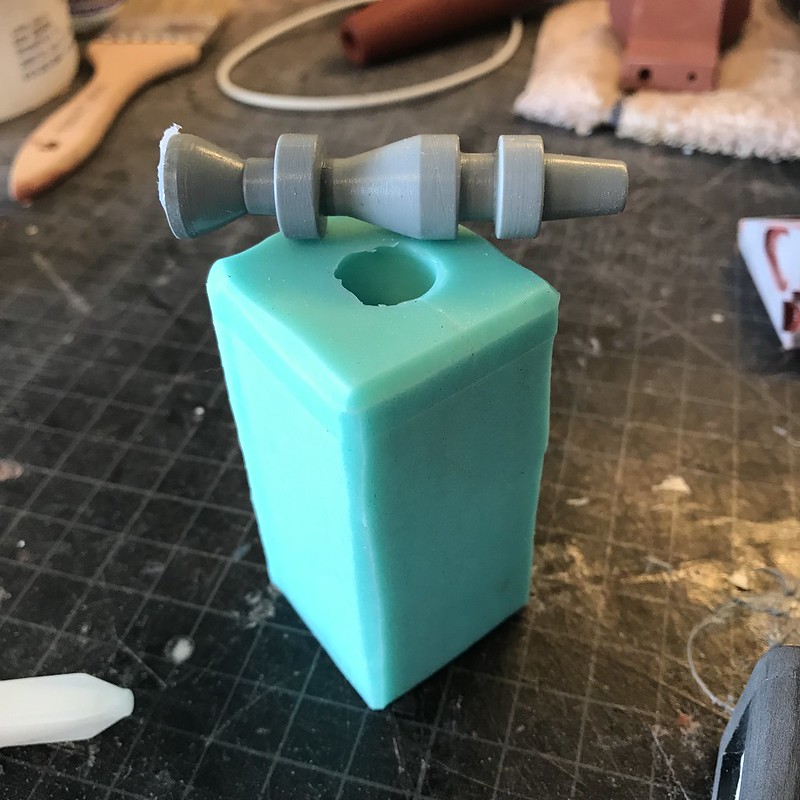 With the RF molds done, I was able to get the whole RF assembly put together and fitted to the helmet. The main task was to get the stalk fitted to the helmet securely. To do so, I embedded two metal rods (coat hanger wire) into the stalk, and drilled corresponding holes in the helmet. The stalk is then screwed in laterally from the interior of the helmet. This keeps it secure in all directions, but also keeps it removable. I'm rather paranoid about breaking stuff like this, so I like to build in replaceability into these kinds of things. 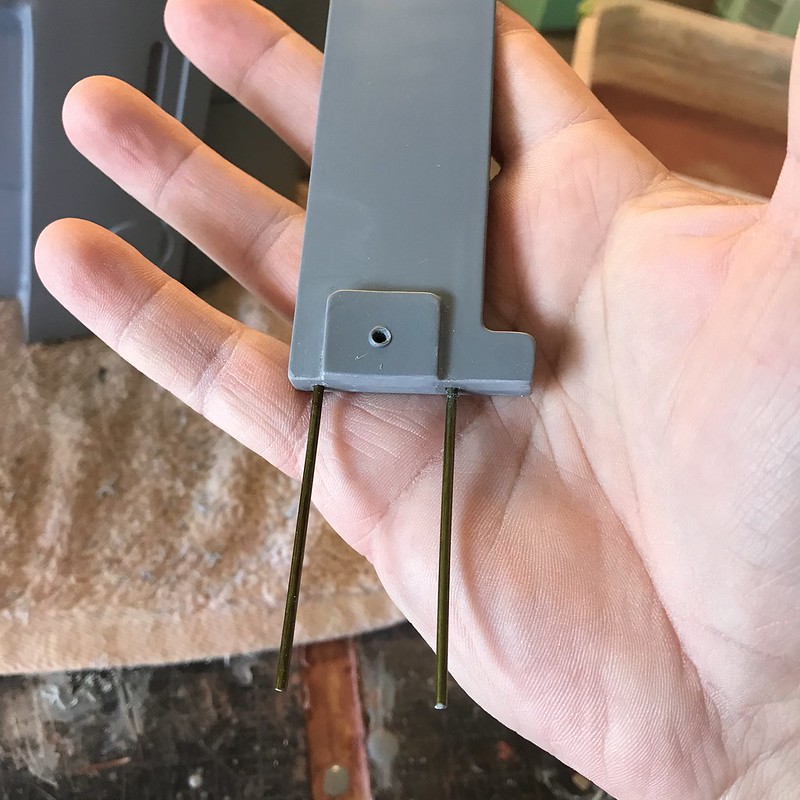 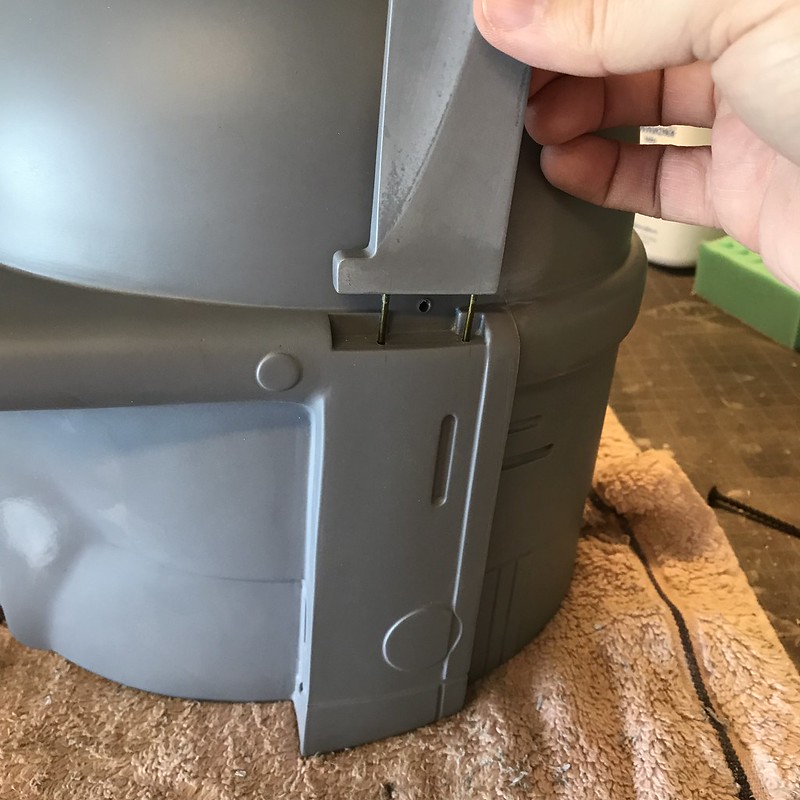 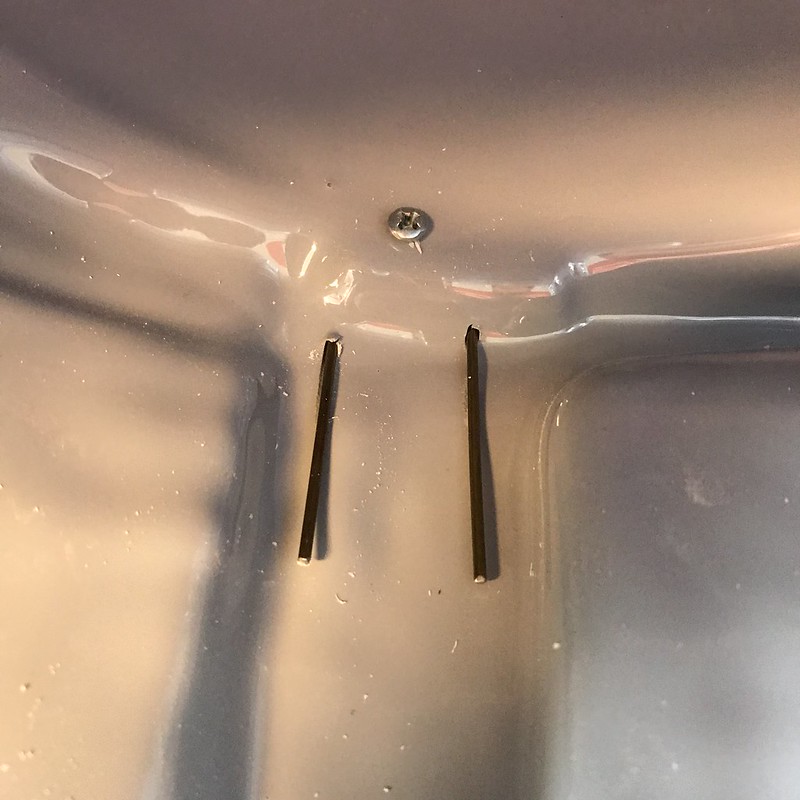 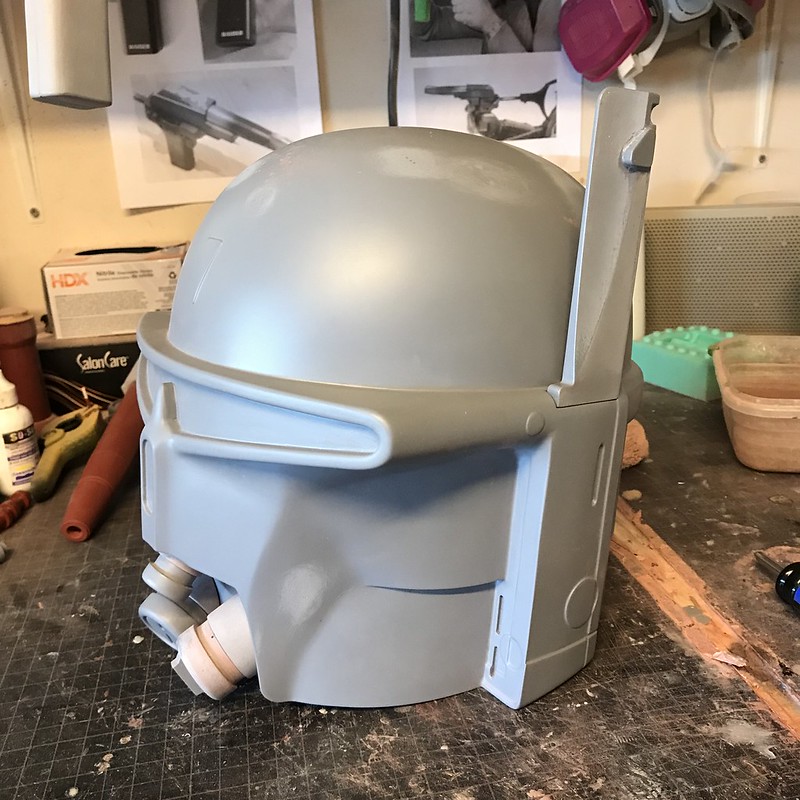 I made the RF itself removable as well, by simply bolting it in from the side. The bolt is slightly hidden by way of a recessed hole in the RF stalk - a little unsightly, but when painted white and weathered in, I'm sure it'll be quite reasonable. This is my own personal way of assembling it, though. Whatever works for you when kits go out will work fine as well. Unfortunately I don't have any photos of the screw hole, but you'll see it all attached with the final photos below. 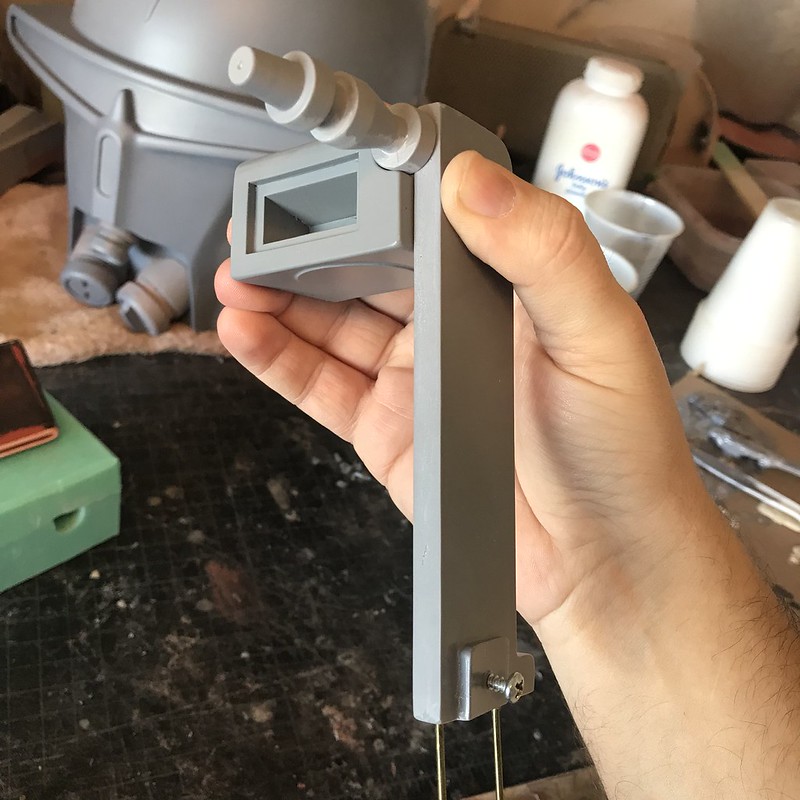 And here it is - the full kit! At this point, I'm ready to build this one out to be my helmet for DragonCon, so I'll move forward with all the remaining trimming work and paint prep. But this means that I can start casting kits as well! I'll have a sale thread up in the morning or thereabouts, and I'll link it here when it goes live. 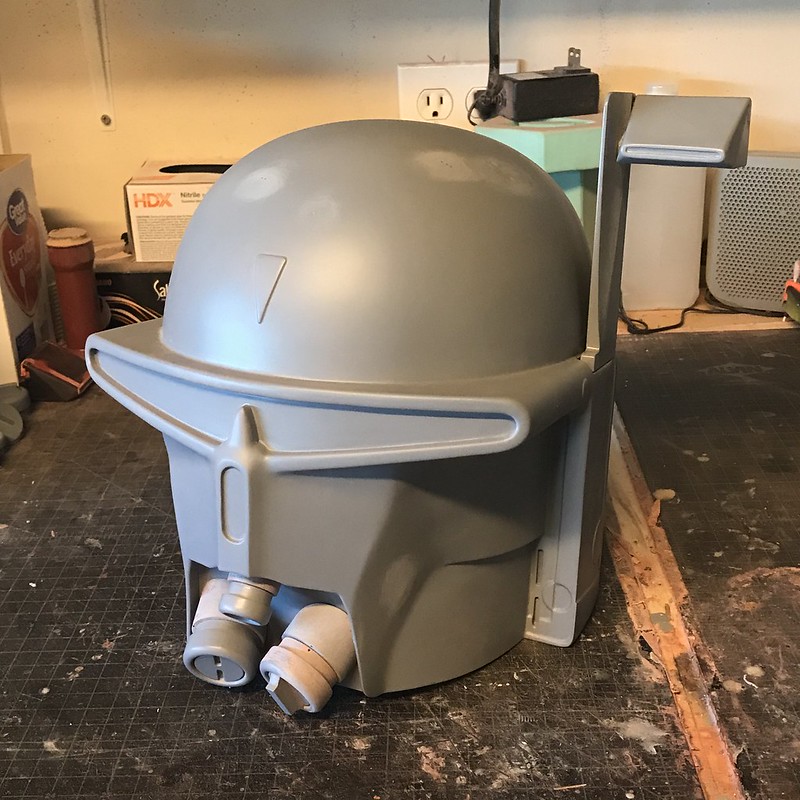 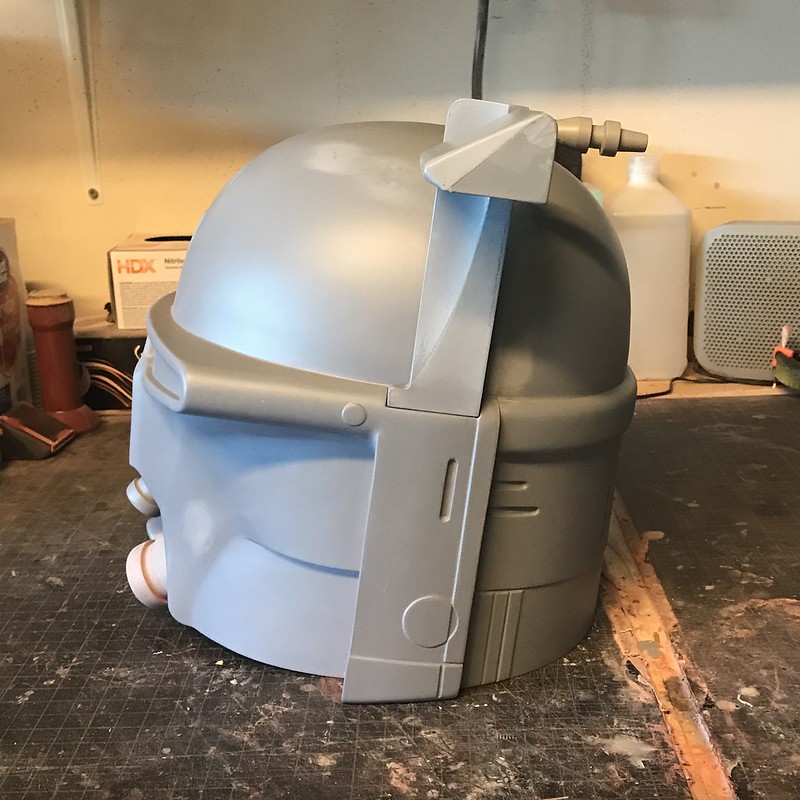 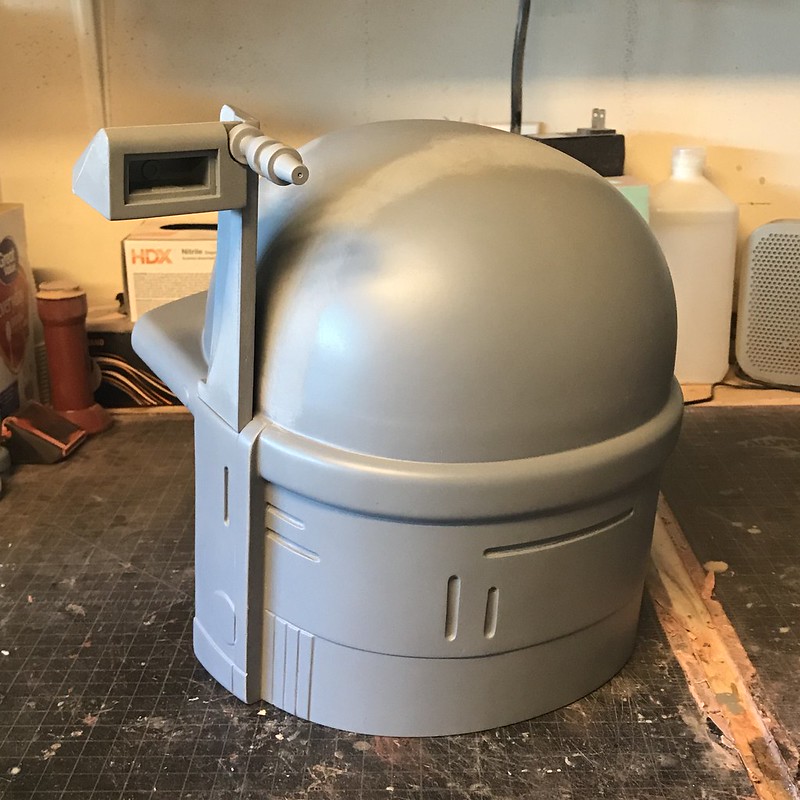 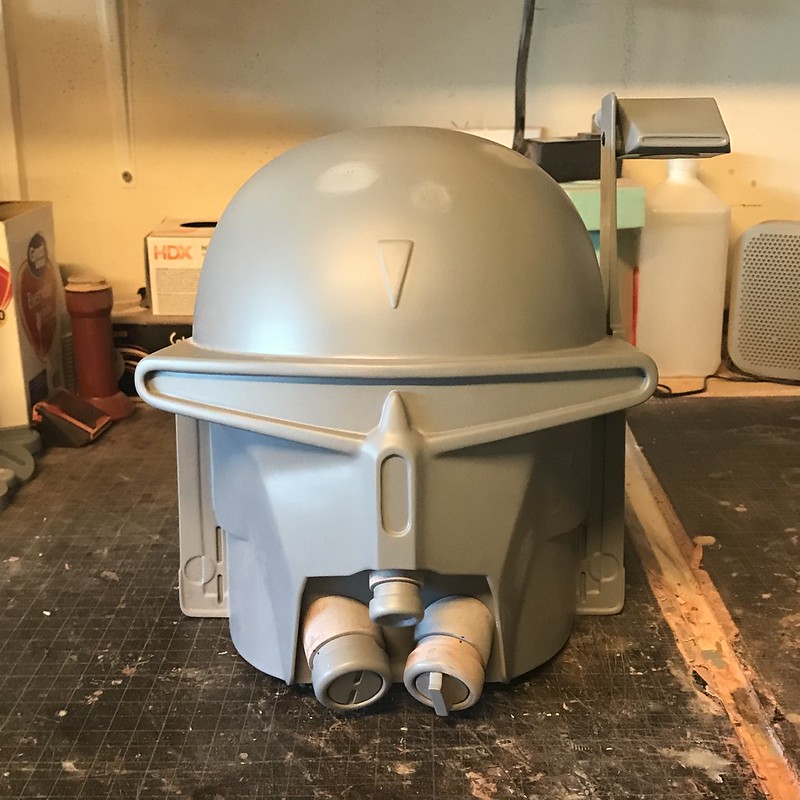 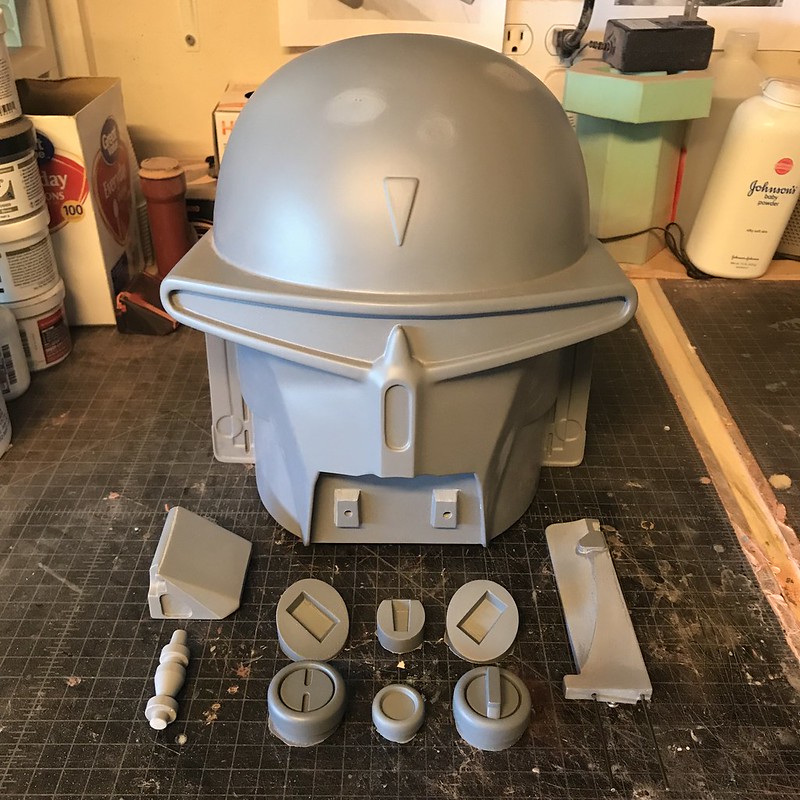 *clap clap clap*
Such a beautiful work!
As all already said. nice convination between 3d and hand crafted. Taking the best of every medium.

I've been waiting on this one for a long time.

Now,..how can I convince my wife this is a necessity for the Covid19 virus?

I've been waiting on this one for a long time.

Now,..how can I convince my wife this is a necessity for the Covid19 virus?
Click to expand...

It's something to do to help pass the time during quarantine! All the model builders are doing it.

just...AWESOME! Really cool take on raising the triangle rather than having it below the surface of the helmet!
H

Alrighty! So this is a big time necropost, but I never got around to finishing this helmet until today thanks to the pandemic killing my creative energy for all of last year. I was doing some shop cleaning today and saw this helmet sitting on my work bench. I realized it had been about a year since I last touched it, and it was high time that I finished it up. Especially since I've sold quite a few of them now and haven't even finished my own. It currently doesn't have an interior, but I'm not planning on wearing it anytime soon, and it needed to be brought into my office for its pride of place on my helmet shelf, so for the sake of clearing out old unfinished projects, I'm considering it "finished."

I'm just going to post a handful of photos here in this post, but if you wish to see the rest of the photoshoot, head on over to the Flickr album! 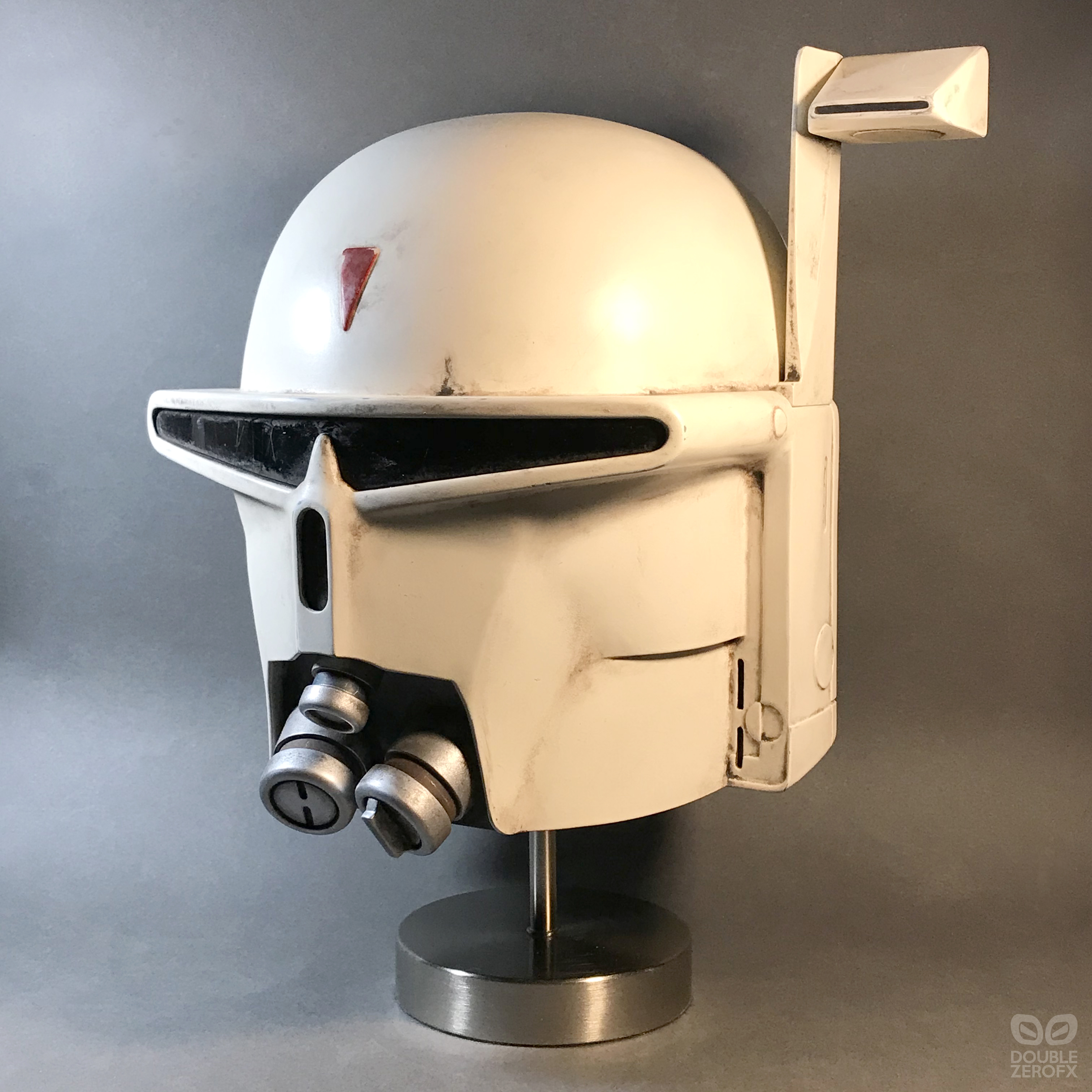 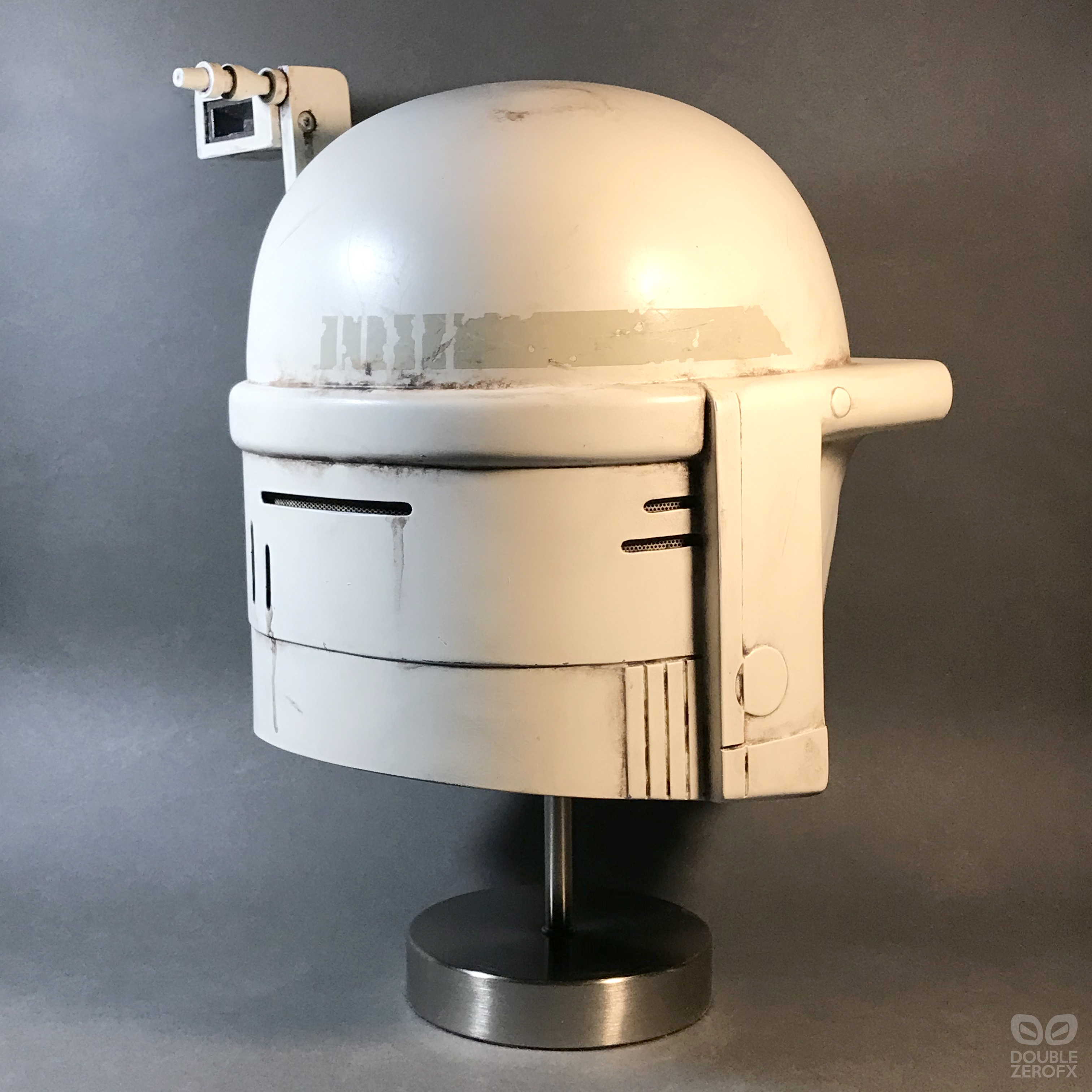 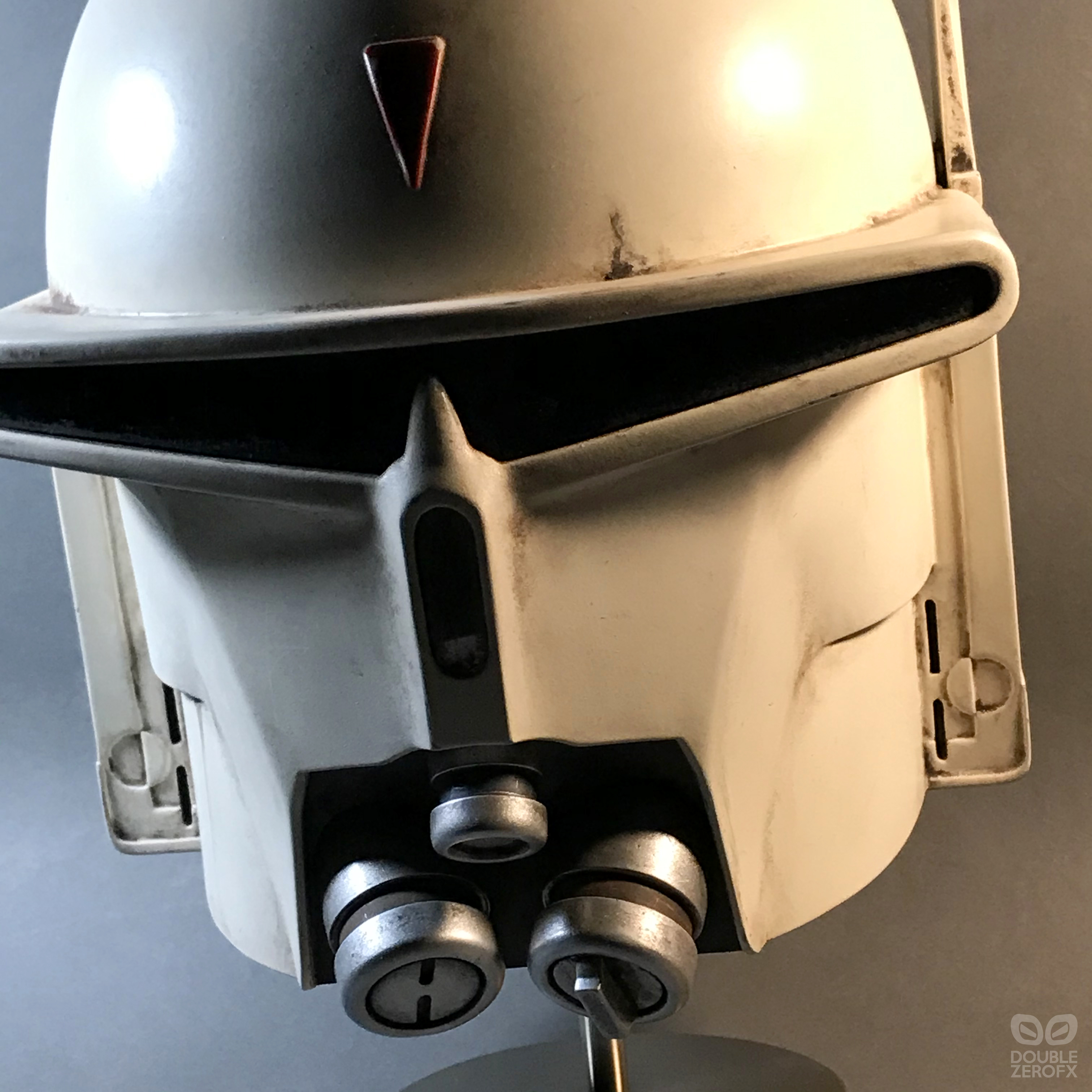 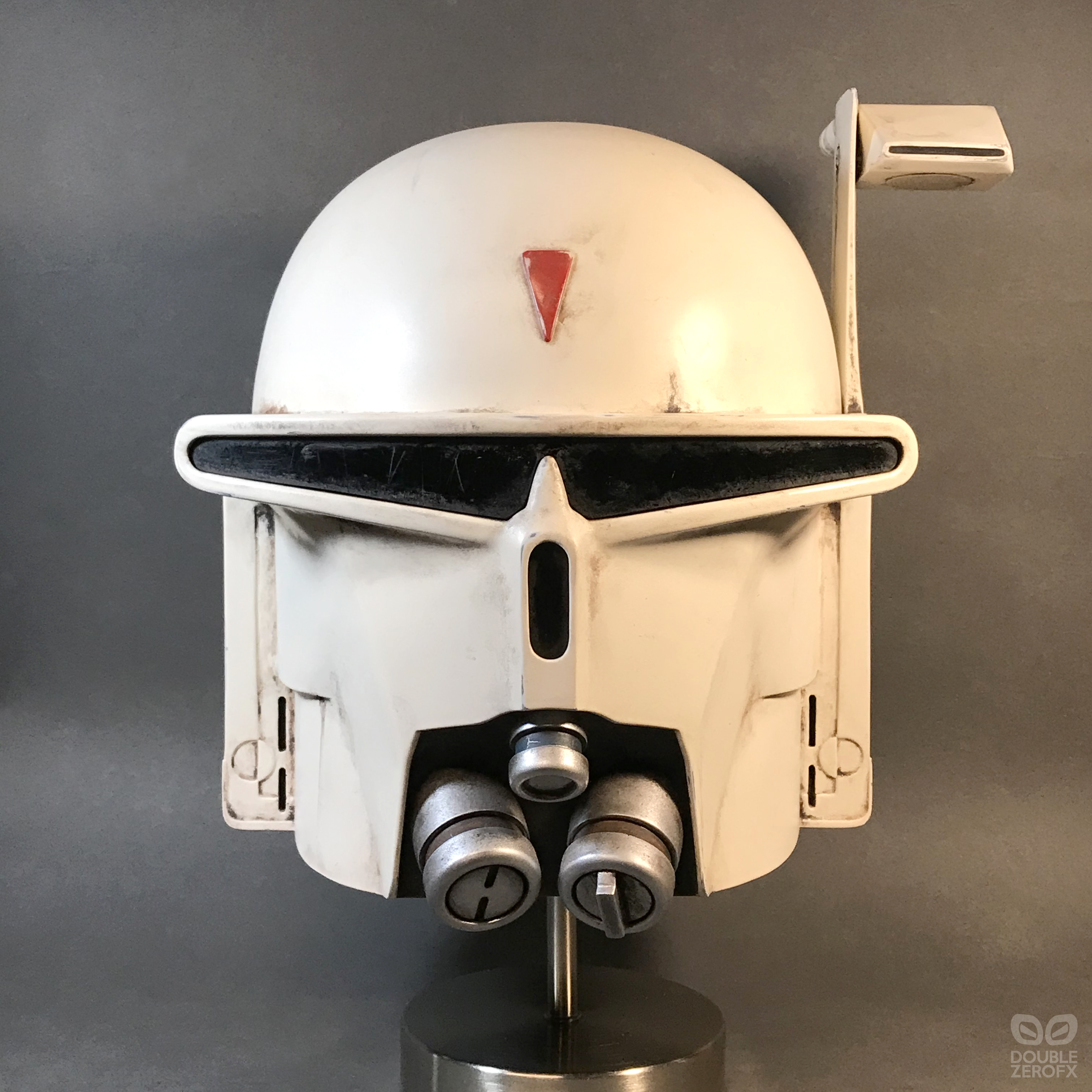 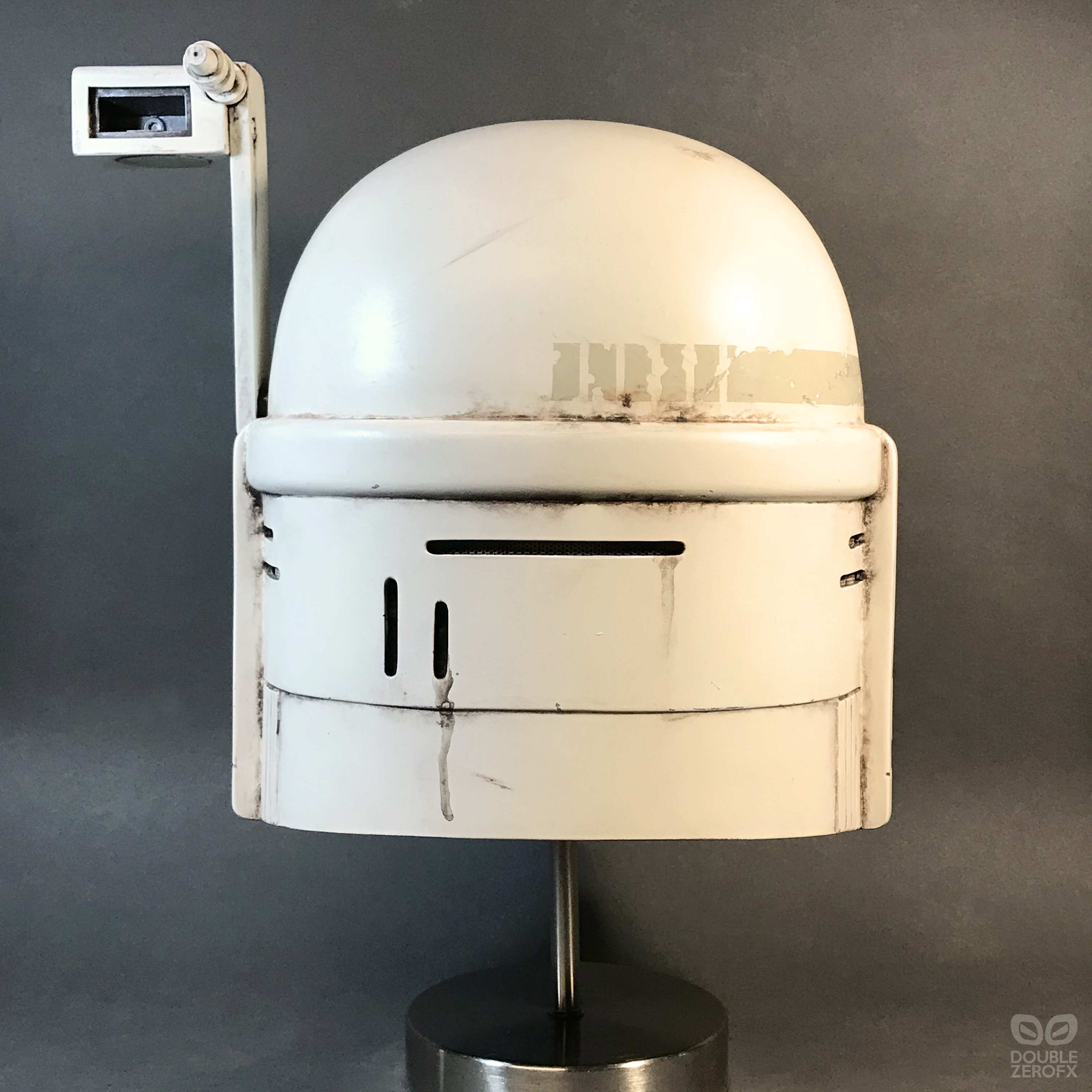 Note: The concept art that this helmet is based on does not show the right side of the helmet, so I had to make up my own details. I felt simply mirroring the panel lines wasn't going to be enough, so I opted to develop my own kill stripe for it, making an effort to try and stay within the design language of the helmet. 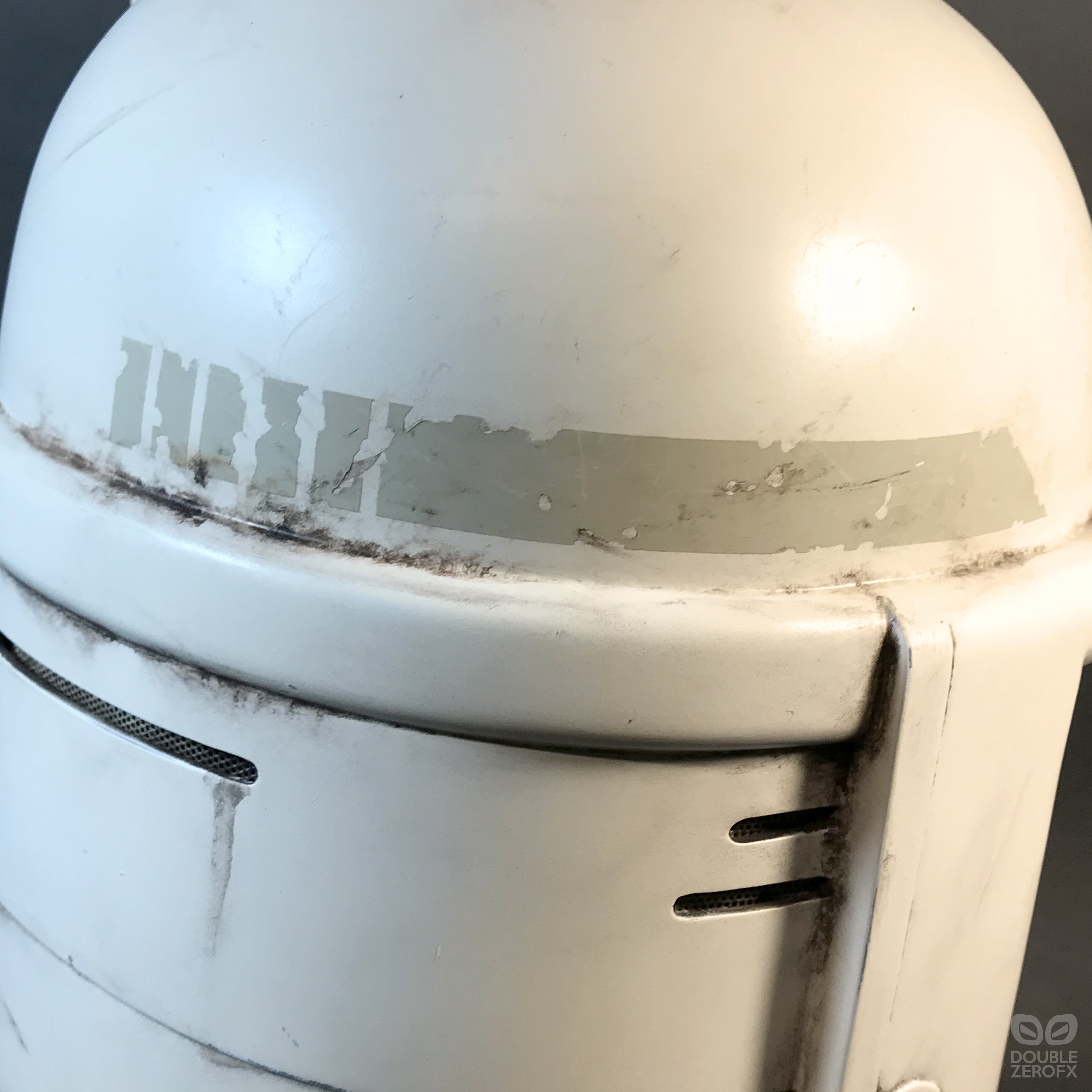 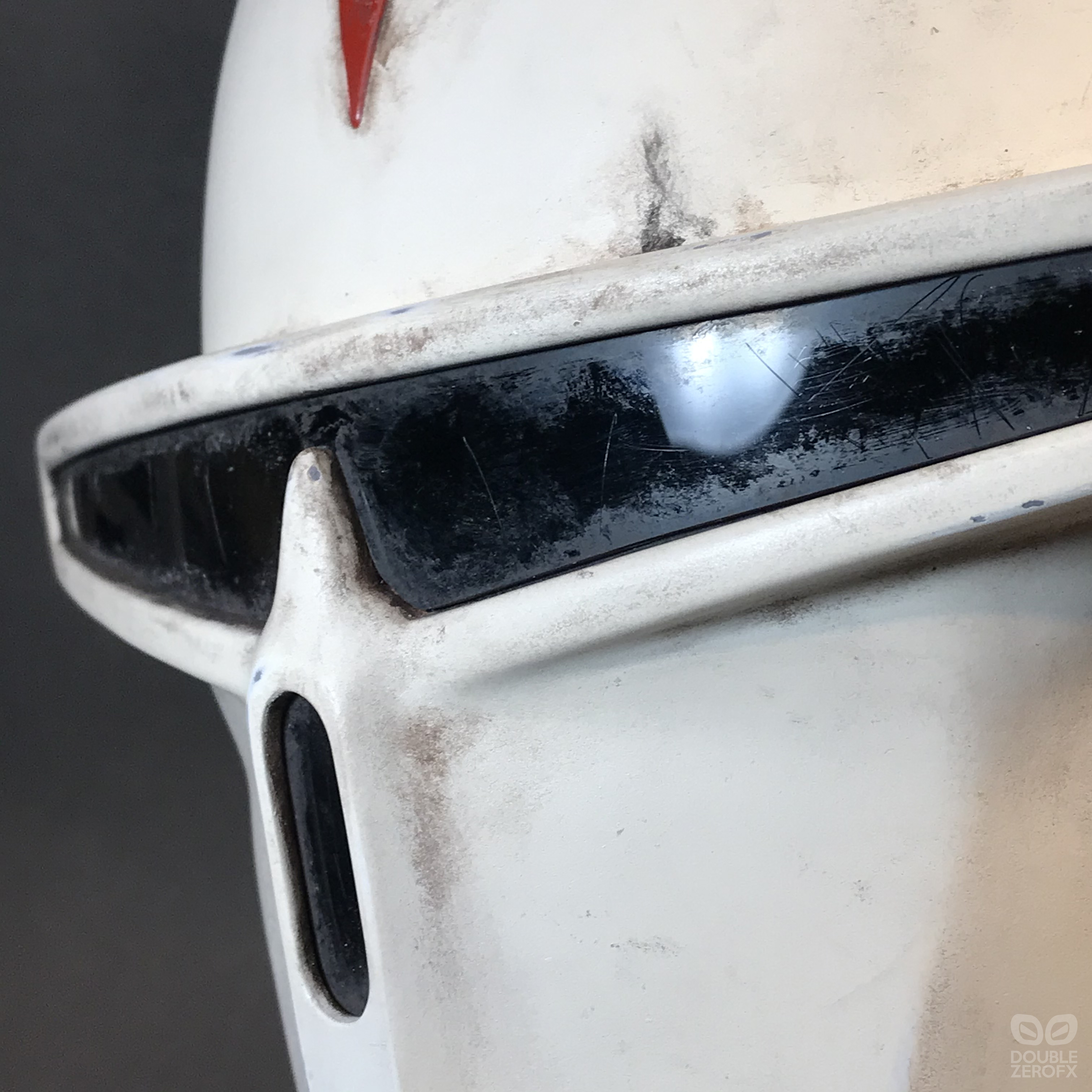 RPF PREMIUM MEMBER
That's fantastic! I haven't even touched mine

But I'm definitely gonna crib your ideas... love the stripe (great color), love the open slots with the perforated metal, and I love the grungy and scratched visor - that's just perfect

RPF PREMIUM MEMBER
Looks GREAT! I have started my kit, but have not gotten too far with it yet. This is a good reminder to get going again. torsoboy - any tips on visor installation?

JamesM242 said:
Looks GREAT! I have started my kit, but have not gotten too far with it yet. This is a good reminder to get going again. torsoboy - any tips on visor installation?
Click to expand...

I recommend cutting out some eye holes in the surface where the visor will go, a few inches wide each, but leaving some space above the nose and at each side so you can glue in the visor from the outside.

Oh wow this is so beautifully done. Wow wow wow.
In the course of Anovos single-handedly destroying my old enthusiasm for Star Wars I am finding such pleasure in my discovery of these deep dives and departures.

Was thinking - and this is, granted, way off the rails, but there is something that happens (as we all know) when a piece hits the set: Everything is set and ready to go but last minute assessments are done by folk who only see the piece and have never seen the drawings.

For instance, we have gun metal paint on Vader because he didn't show up well on screen. There are better examples but I immediately saw a variation with this that MIGHT have happened in an alternate universe and it changes the whole feel of the thing - simply removing the "nose" patch. I'm not even sure which I like better but my gut tells me that this could have happened somewhere along the line.

So, just for fun: 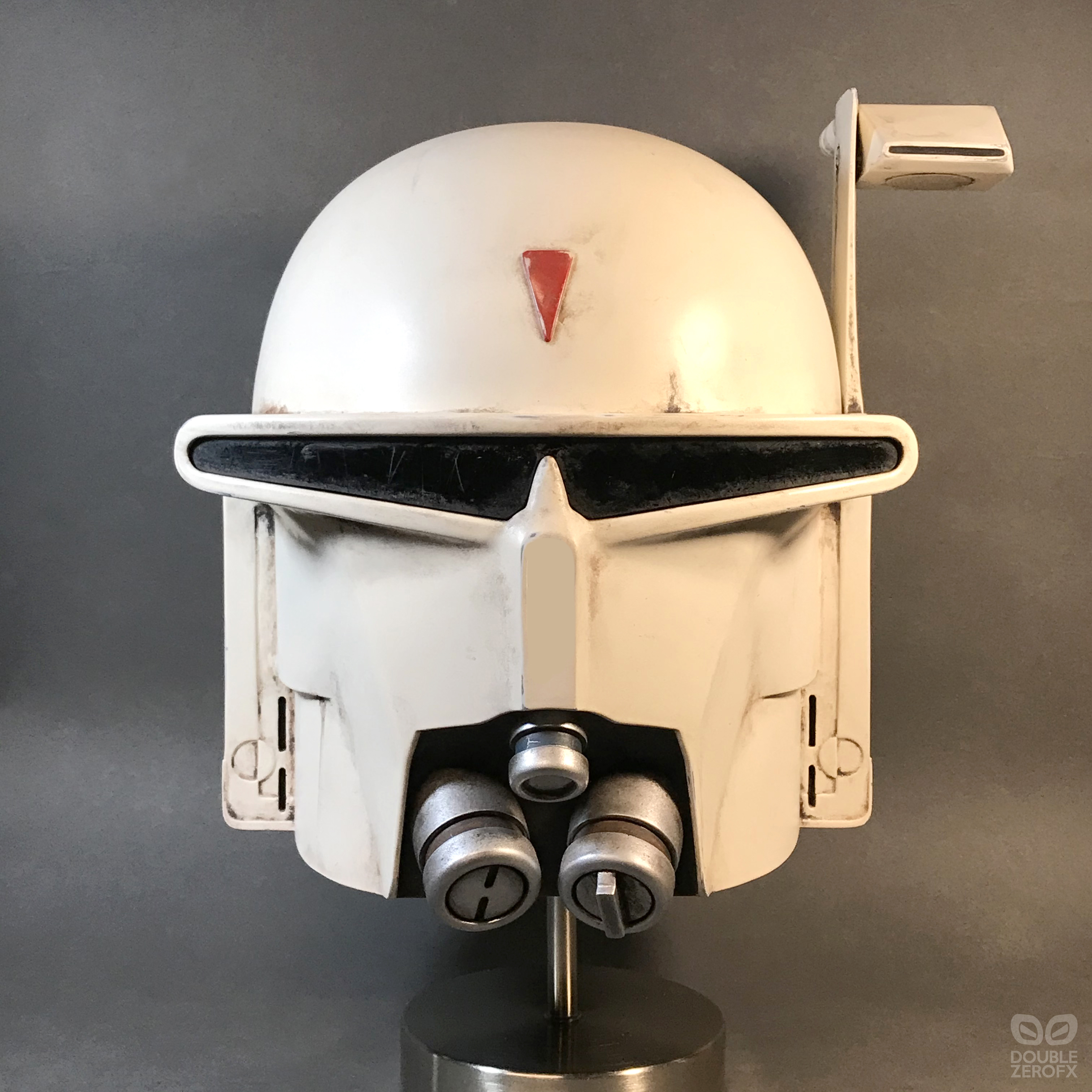 this is incredible! i love seeing the whole process start to finish