Sort of interesting how he feeds off the creations of others again and again.
And I will insist to this day that "Lost" was nothing but a Gilligan's Island ripoff. LOL 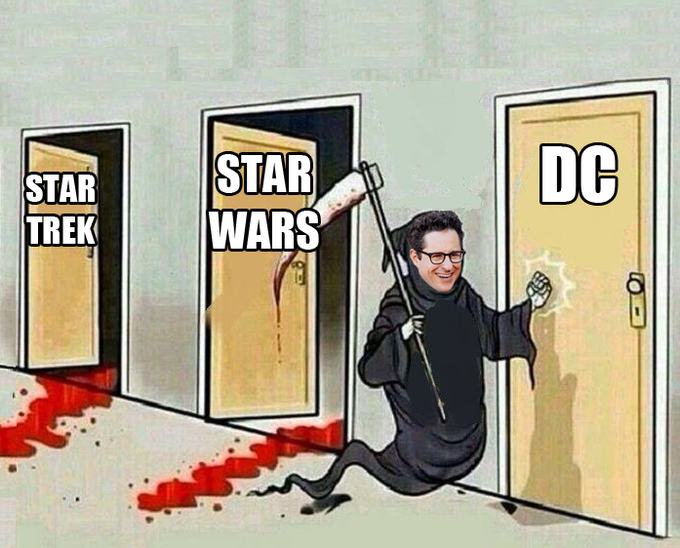 Prop Collector said:
JJ Abrams and the professional victim who "felt nothing" when observing the events of 9/11 working on the next Superman movie... I don't think there's ever been a bigger preliminary NO in my life.

And I look forward to it bombing.
Click to expand...

I don't think that's what Coates said. This is an excerpt from his book, “Between the World and Me”:

“I suppose everyone who was in New York that day has a story. Here’s mine. I stood on the roof of an apartment building…taking in the sight—great plumes of smoke covered Manhattan Island. Everyone knew someone who knew someone who was missing. But looking out upon the ruins of America, my heart was cold…The officer who killed Prince Jones (a college classmate of Coates that was killed by the police), like all the officers who regard us so warily, was the sword of the American citizenry…I was out of sync with the city. I kept thinking about how southern Manhattan had always been Ground Zero for us. They auctioned our bodies down there, in that same devastated, and rightly named, financial district…Bin Laden was not the first man to bring terror to that section of the city. I never forgot that. Neither should you. In the days after, I watched the ridiculous pageantry of flags, the machismo of firemen, the overwrought slogans. Damn it all. Prince Jones was dead. And hell upon those who tell us to be twice as good and shoot us no matter…I could see no difference between the officers who killed Prince Jones and the police who died, or the firefighters who died. They were not human to me. Black, White, or whatever, they were the menaces of nature; they were the fire, the comet, the storm, which could—with no justification—shatter my body.”
Click to expand...

That might be worse, I think. But let’s leave this stuff out of the thread before it gets out of hand.