I've been commissioned to build a TOS hero phaser 2.

I had started a build several years ago, but I got sidetracked and put it aside. It was made back before all the great reference we now have was available. I wasn't on the interwebs back then, a lot of you guys were discovering all the phaser's mysteries and I knew nothing about it. My main sources of info was an article in Star Trek The Magazine, and Jlong's article. I made this P2 from styrene sheet following the pics from those mags. I took these pics about four years ago, but the build is 9 or 10 years old.

I compared it to the newer pics available now and it wasn't to far off. A little on the big side, but the contours and proportions were very close. Instead of starting over, I decided to make corrections to the old one. It was made to be the final piece, but now I'll be making molds to cast parts in fiberglass. I've been cutting it down to size, and improving the general shape. I'll then plug up the holes to prepair for molding. I also improved the handle, though I will probably redo it.

This is where it is now. Many thanks to REL for the tip on Bondo Gold :thumbsup

A little more filling and some primer, then I'll move on to the P1.
A

That looks great so far and I can't wait to see more pictures. If this comes out like your other builds, I'm sure it is going to be perfect.

Good luck with the build.

I love to see anyone tackle my favorite weapon in Scifi. Good luck with the project.

That looks awesome so far.can't wait to see more.I wish I could do schematic drawings like those in the background. I can't even use Google sketchup...:cry

Thanks! I'm so glad to get to finish this project after so long, and I have a client to pay for it :lol

The plans were drawn by a Trek Prop Zone member. He studied all the available pics and drew them in CAD.

Looking forward to your progress

Awesome work !!! Will be watching this with great interest....in the future,you can make me one too...lol......

Awesome project, I have always wanted to take a crack at that myself. I can not wait to see how this turns out!!!!

Thanks, I appreciate it!
M

Top of the heap.

Nothing better than a Phaser 2 project.

Please make it Black and White.

That's up to the client. I'll ask if he wants both versions.
T

Really awesome. I did the same exact thing as you some years ago. If you need any help, just ask.

RPF PREMIUM MEMBER
Your buildups are always top notch Rob. I'm sure this will be the same.

I think this is the 1st scratchbuilt phaser thread I've seen. Everything I've always seen has been kits or conversions. Very nice work!!

Thanks guys! I'm still working on the trigger box contours, I like the front but the rear needed more filler. The home made handle connector will be replaced with a twist plug. 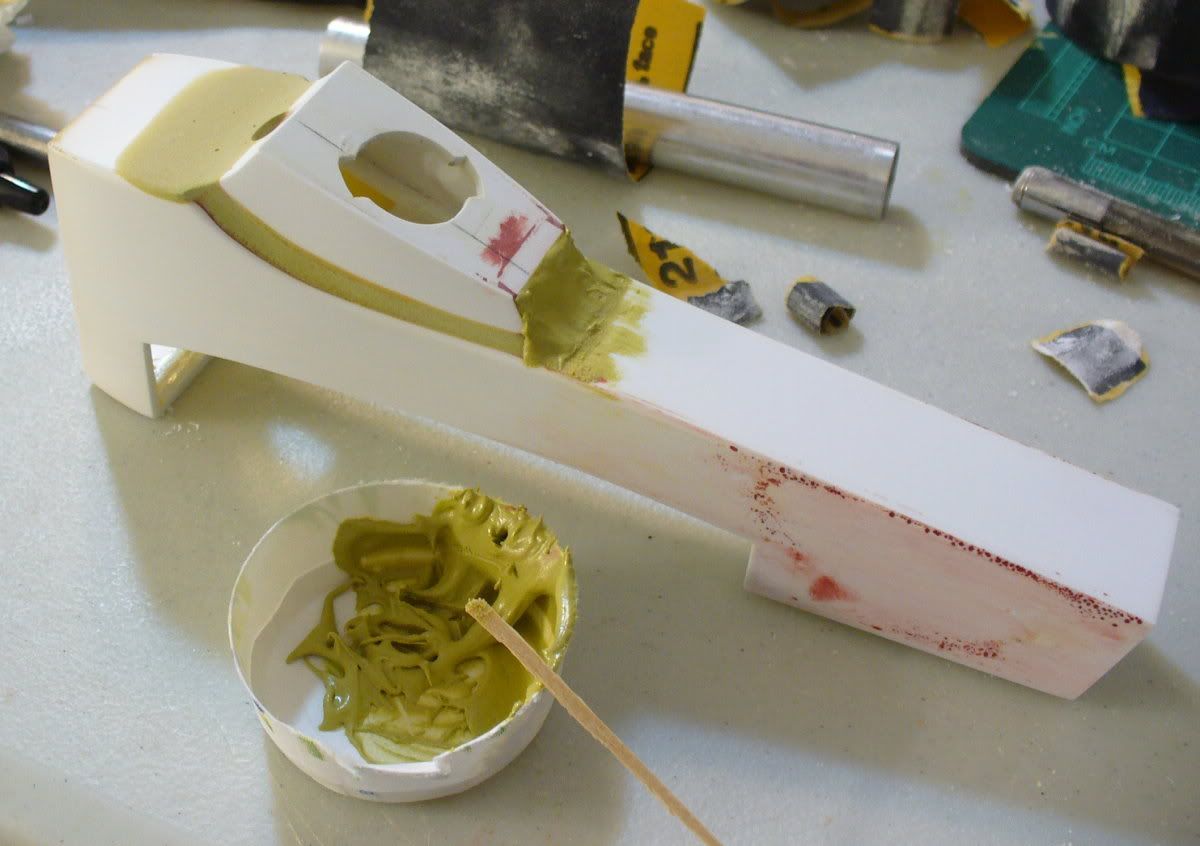