RPF PREMIUM MEMBER
In a RARE event, my Mom asked me to make her a prop. She has the Sideshow life size Baby Groot figure and mentioned he needed the detonator from the climax of Guardians Of The Galaxy Volume 2. I was so excited I knew this had to be SUPER SPECIAL. I used the blueprints from DaBuild on this forum. I decided it absolutely had to really count down!

I used an Arduino Nano Every. My code is brute force, but I got it working. I did some research and I may redo the code to make it more efficient and elegant, but it does work the way it is. Here is a video of the prototype display working. Parts for the box will be in this week, so should be putting it together this weekend. Take a look and let me know what you think!!!! 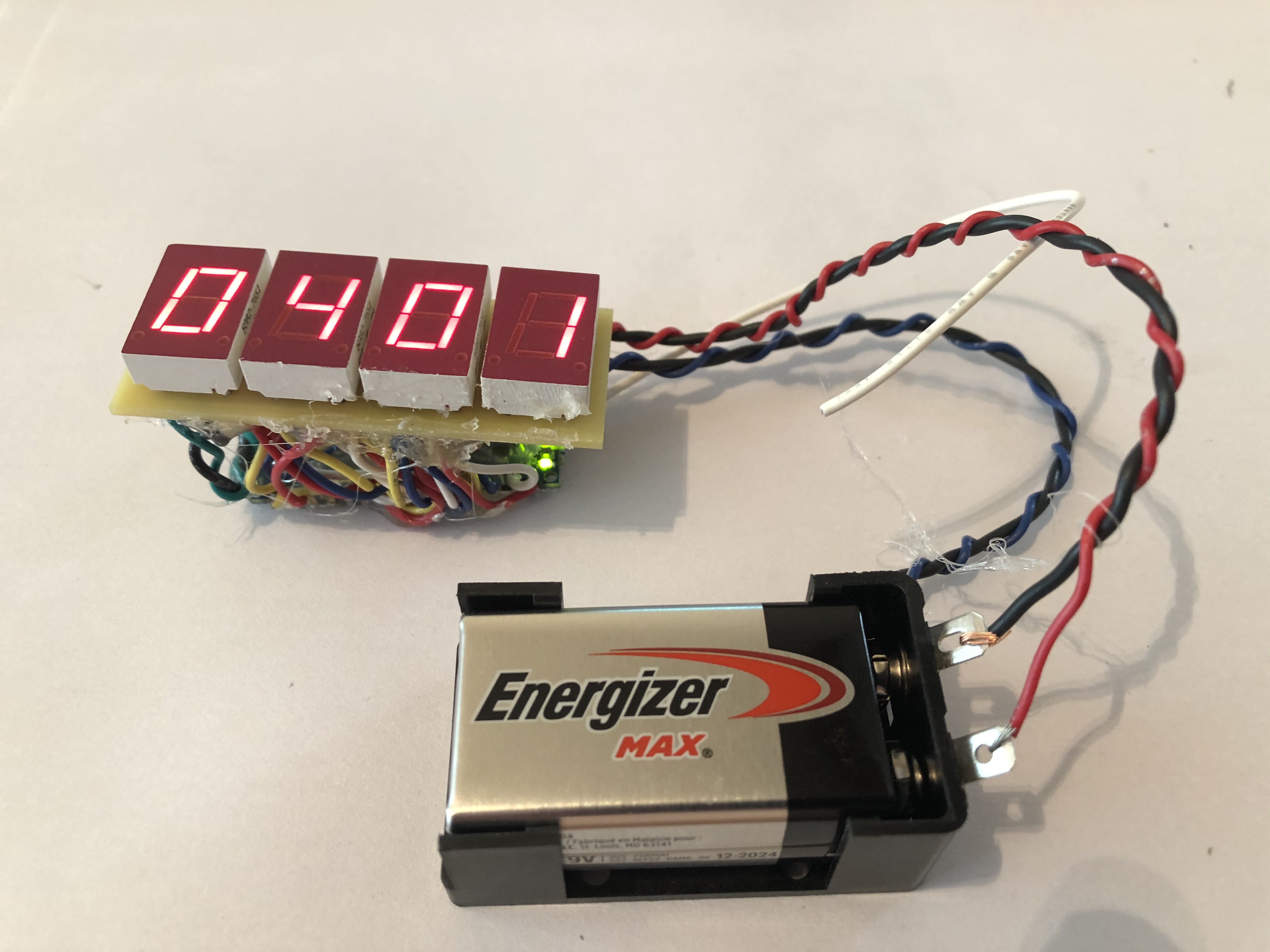 Whats the difference between an Arduino Nano Every and a regular Nano? (different main chip? bit more memory?)

Also.. how are you driving the 7-segment display? Direct I/O pin connection? Does it have that many I/O pins that you can directly drive all 24 segments? (ahh.. no 'dot'.. so only 21 pins needed then? so ALL I/O being used except RX & TX?)

The Nano Every is a cheaper version of the Nano that does not include any special functions. On the Arduino site they are three for $28.00

I have never forgiven the clones for killing the Jedi so I refuse to use their work. Seriously, I just did my comparison of the different models on the Arduino site so I ordered from them. I could have looked for a different brand and maybe saved a little money, but I was lazy.

As I said, I did this brute force as I'm not really a programmer, so each element is driven by an IO pin. As you pointed out I'm pretty much using every available pin on the Nano. I did read an interesting thing on using a lot less pins that I may try... it would open up pins for other functions. In that version you use ten pins. The ground to each display has a control pin and all the elements of all the displays are wired in parallel. You write the first number to the pins and ground the first display. Then you disconnect that ground, change the number to what should be on the second display, and then connect the ground on the second display. You cycle through all the displays like that faster than the human eye can perceive giving the illusion that they are all on at once. It saves a lot of pins and it should save power since only one display is on at a time.

Thank you for looking. I hope my answers make sense.

(no special functions?.. not sure I'm following... either way, seems faster ship and more space/memory)

What you are referring to (I believe) is call matrix wiring.. or multiplexing (I think..been a while.. and I didnt look it up)..

Is Multiplexing ever superior to Charlieplexing?

I've reviewed the two methods, and multiplexing really only appears to have one advantage, that it would be easier to track down a failed LED than in a Charlieplex array. Can someone more knowledg...

If you want to save even more I/O pins (but your current approach and the matrix approach are fine)..

perhaps look into using a MAX7219 chip along with the Arduino.. they are pretty easy/straight forward to use.. and do the multiplexing for you.

There are ready made libraries for them as well.. each chip can control up to 64 leds.. (and can be daisy chained)

RPF PREMIUM MEMBER
That's right, I wasn't sure of your technical background so I described it instead of using the jargon. I did read some stuff about using SPI bus to talk to a 7 segment controller so you just had serial communication and power coming from the Arduino. I've been a hardware guy forever, so that's no problem... I'm just very new to programming. I'm reviewing a lot of sample code and blogs to kind of figure things out. That's why I did this prototype the tedious way, because I knew I could get it to work.

I bought parts to build two, my Mom gets whichever is best, so I may try to improve the next one. Thank you for the ideas!

RPF PREMIUM MEMBER
Small update. All the 3D printed parts arrived so I put the first one together. I definitely want to build the second one to improve the fit of the electronics. This one will work, but the mounting of the electronics inside isn't very professional. I will probably keep this on, and give the improved mark 2 to my mother. Here's a picture. Just final wiring, weathering and greebles.

RPF PREMIUM MEMBER
The prototype is all finished. Not 100% happy with it, but it's a start. I plan to build a second one with some improvements. On to the pictures!!!

Guardians of the Galaxy 2 Spacesuit replica