Absolutely brilliant piece! You've done a fabulous job on this. Anyone would love to have it!

I was planning on posting a whole thing about this next step and pictures and whatnot but I just want to post it and get it out there. This clock now has audio. I've added an hourly chime. Now every hour on the hour it plays about 30sec of the mansion chamber music before playing the hour in bells using the bells from Hell's Bells (I wanted deep church bells, this was pretty appropriate!) And just for a fun little easter egg that nobody but me will ever appreciate because it only happens once a day, it chimes 13 bells at noon.

Raspberry Pi, Hell's Bells mp3 chopped into 13 different files (01.mp3, 02.mp3, 03.mp3 for each hour of the day), Mansion chamber music which I already had for a ringtone anyway and a cronjob to play a little script I whipped up on the hour from 8am to 8pm. I've got a perfect set of speakers for it, but they may be a little too nice, especially since the sub fits ALMOST perfectly in the base of the clock... ALMOST, but not quite... These speakers are too nice to cut up the sub box, but not too nice to use... I'll have to figure that out later, for now it's sticking out the back a little bit. Sub in the base, L/R speakers in the top box behind the clock dial.

Next up, add glass to the door, automate the pendulum, and carve out the legs.

Anyhow, here it is!

RPF PREMIUM MEMBER
I so LOVE this.

This is really nice, and nicely done. I would want one of these in my house, if I had more room.

Alright! I think I've reached the finish line on this one! After a year and a half of work I do believe I've completed this clock. (aside from some small touchups, door catches, a panel for the back to cover the speaker, cleaning up wires, etc), I do believe that this is cosmetically finished, no more pieces to be made, no more stain to break out, no more changes in appearance.

The last part I had to do was the 'legs', I probably won't add feet, I think it looks good enough as it is and it now has a very solid base to stand on. Feet would make it a little less solid I think.

I've got some engineering friends who were eager to tackle the pendulum animation when I told them that's what I was working on next, so I let them run with that. I'll add that mechanism when it's completed, but probably won't post since it'll look exactly the same as any other pic. As for the clock being completed? I think it's done for now. Time to sit back and enjoy.

I'm still loving the hourly chime after a few weeks of hearing that at this point. 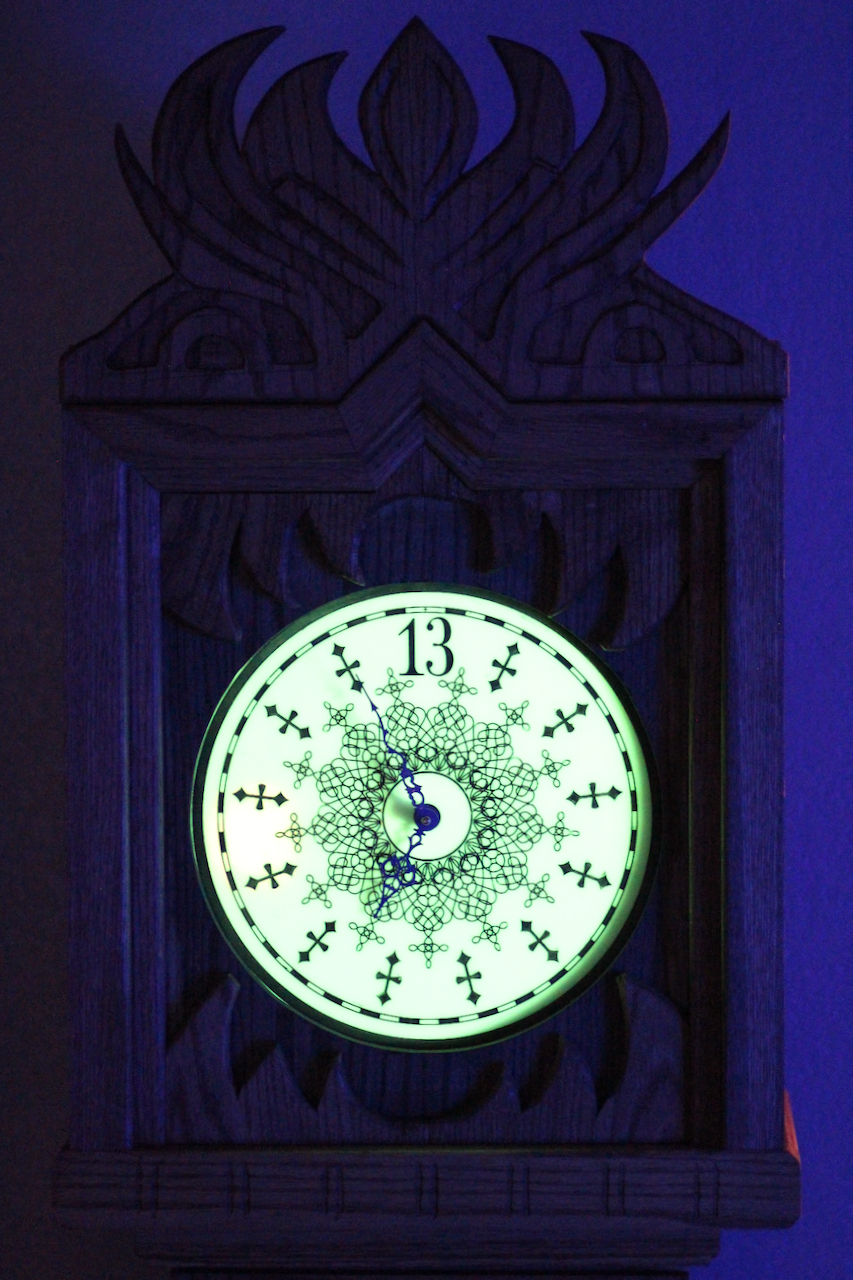 Thanks for following this build!

This stuff is also housed at mansionclock.com (just a reposting of my posts here)

8 Out of 10 Cats Does Countdown