We had a small con over here in ireland called arcade con so myself and the other predators ireland lads went to it.
This was the last chance I'd have of suiting up for the rest of the year as i'll be having more back surgeries very soon and will be out of action for 5months. So with that I said I wanted to do the avp elder. I've had most of the suit sitting in a box for over a year now plus no1 has done a full avp elder. So with that too my berserker/falconer suit builds are defo on hold for awhile.
So in just a week I put this suit together, modified parts of the suits, added extensions to the back of the skins to fit properly, sculpted hands and molded them in 1 night. painted everything in 1 night. there were lots of sleepless nights but it was fun and stressful as not only did I do this suit I also had to repaint my mate Deans as we had changed leg skins on his suit... I had sculpted and already cast up the avp elder neckguard from last year... blah blah...
onto the pics...
hands were sculpted in less than 45 mins, was in panic mode to hurry and get them done 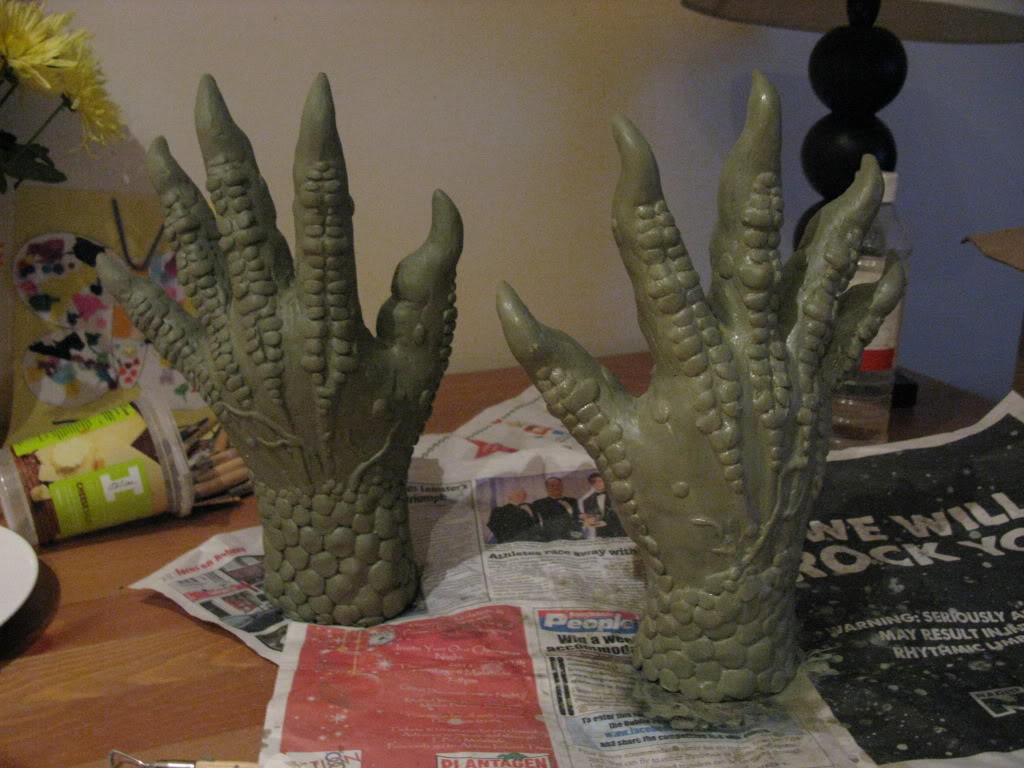 Dremeled scar in forehead and all the quill holes, milliput new tusks, 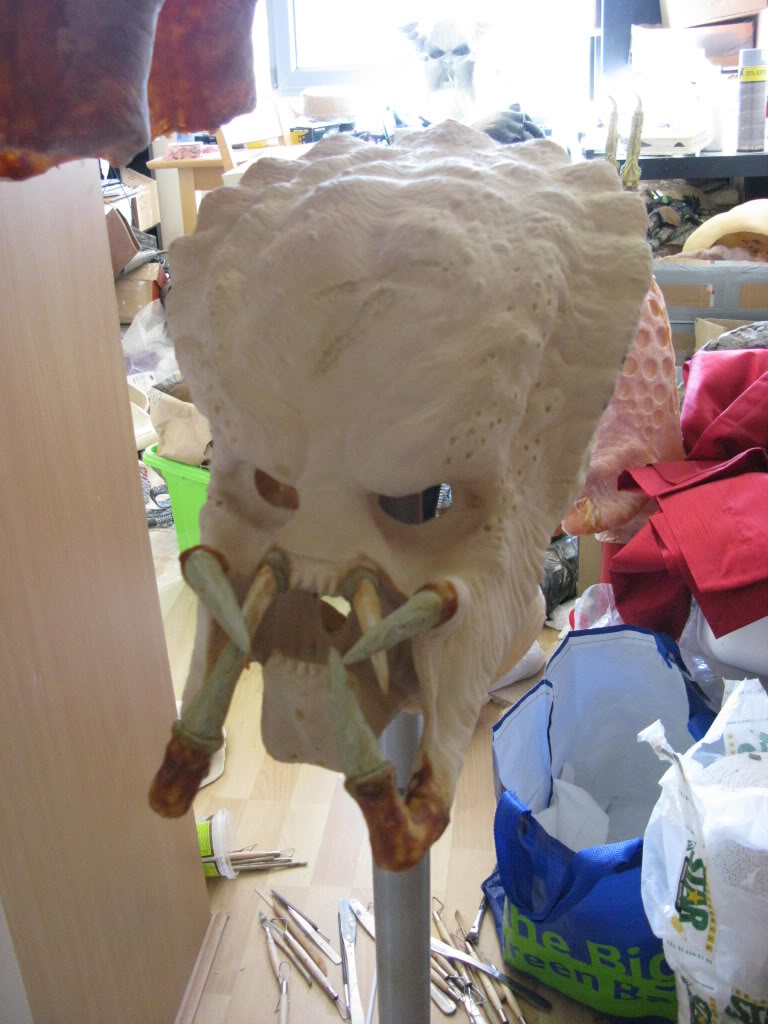 Adding magnets into all armor and skins 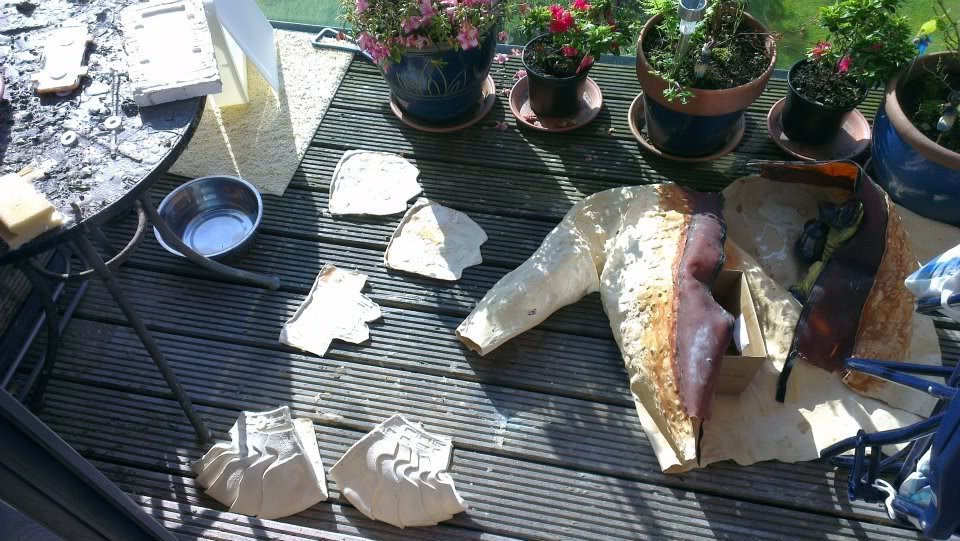 Armor of both suits everywhere 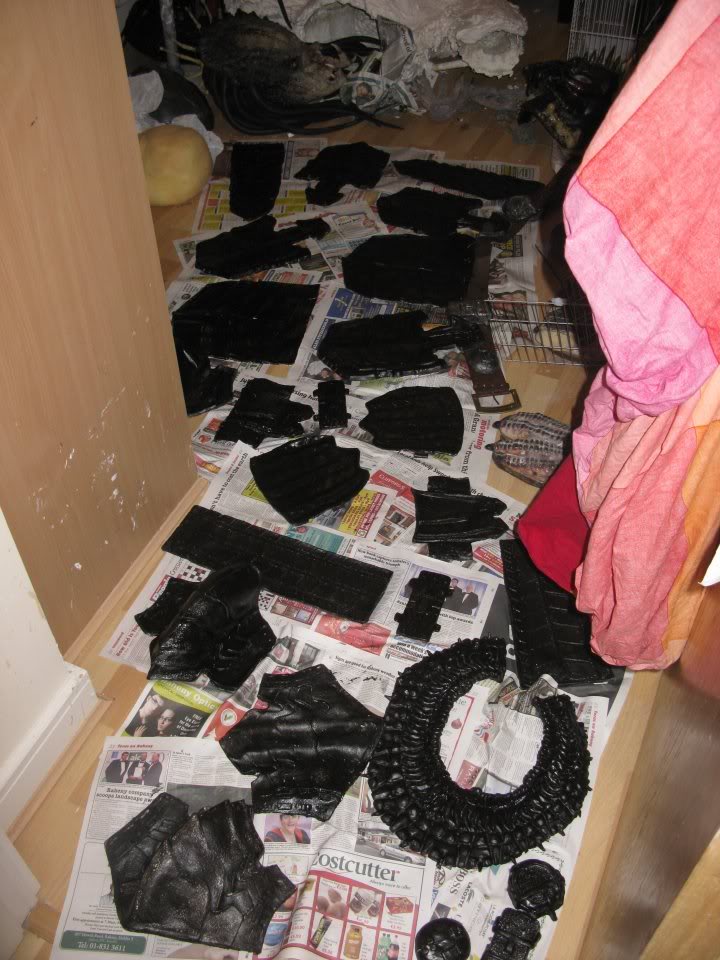 Pic of my suit 3 days before the event- july 10th 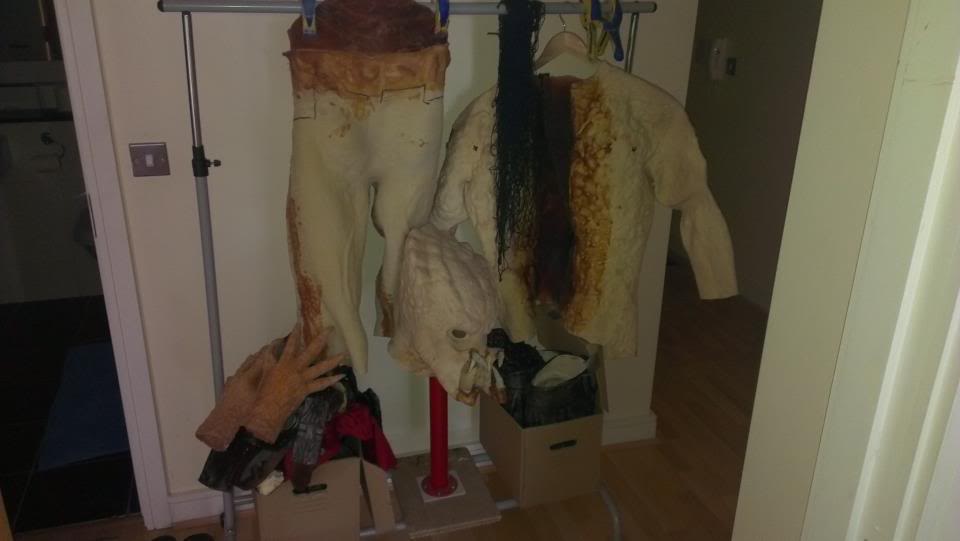 Finally some pics of the suit in action over the weekend. July 13th-15th 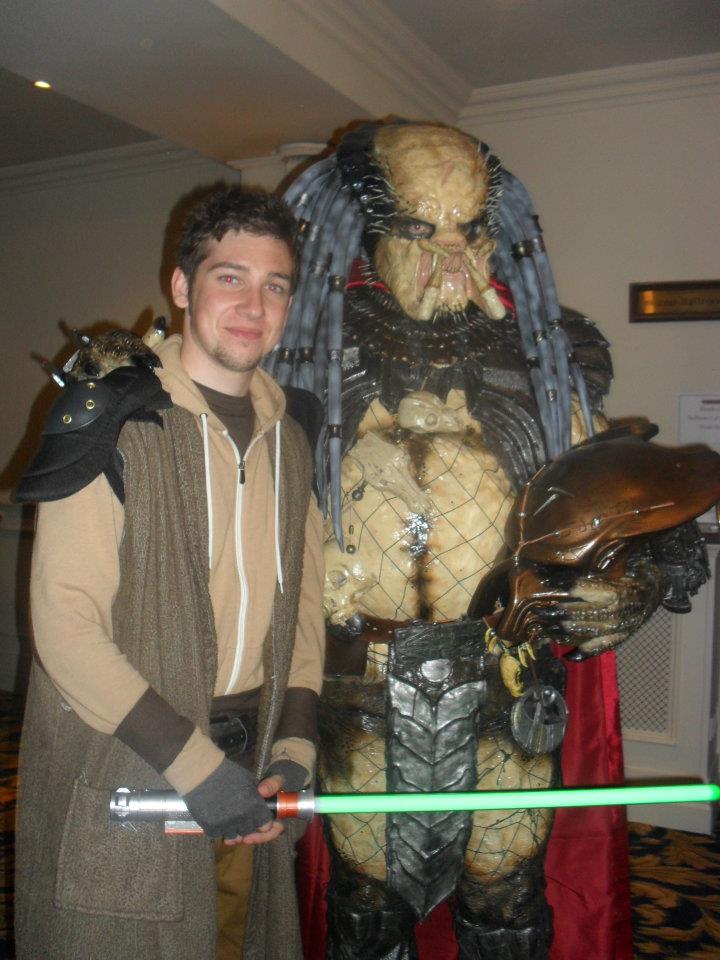 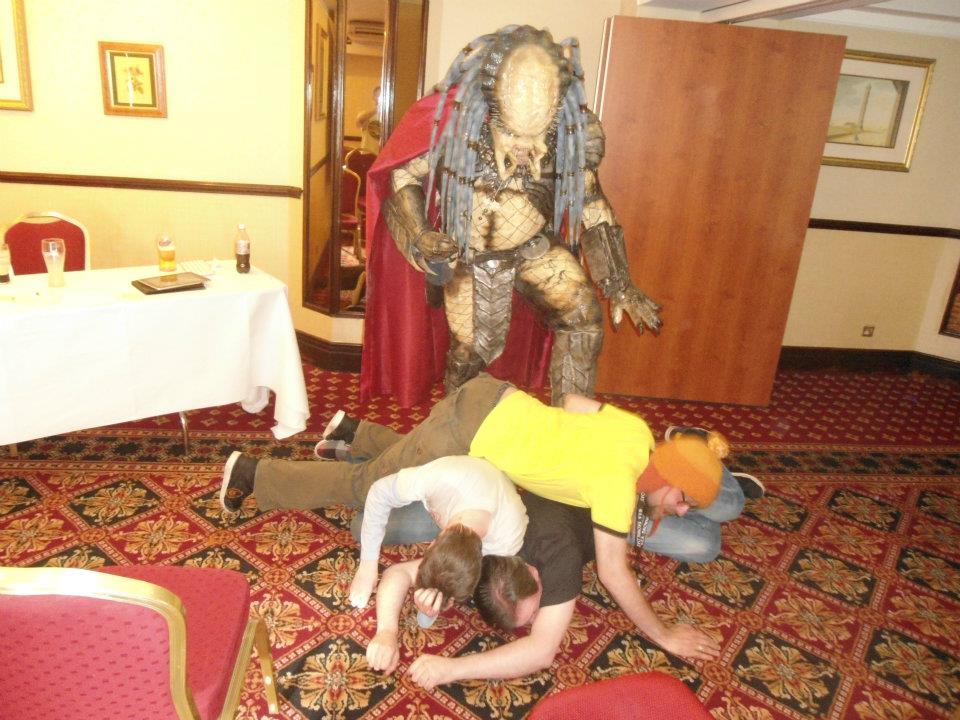 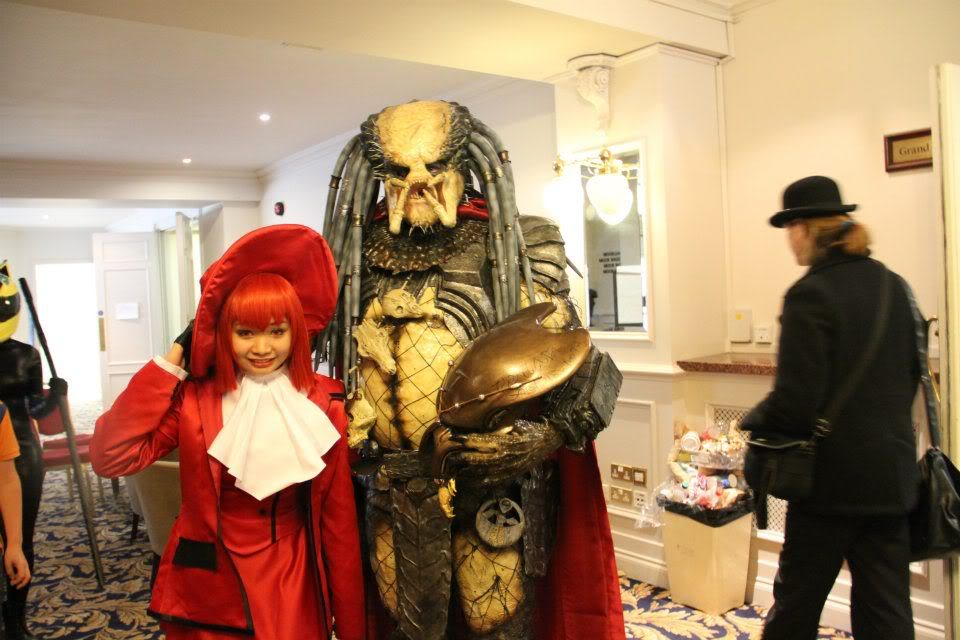 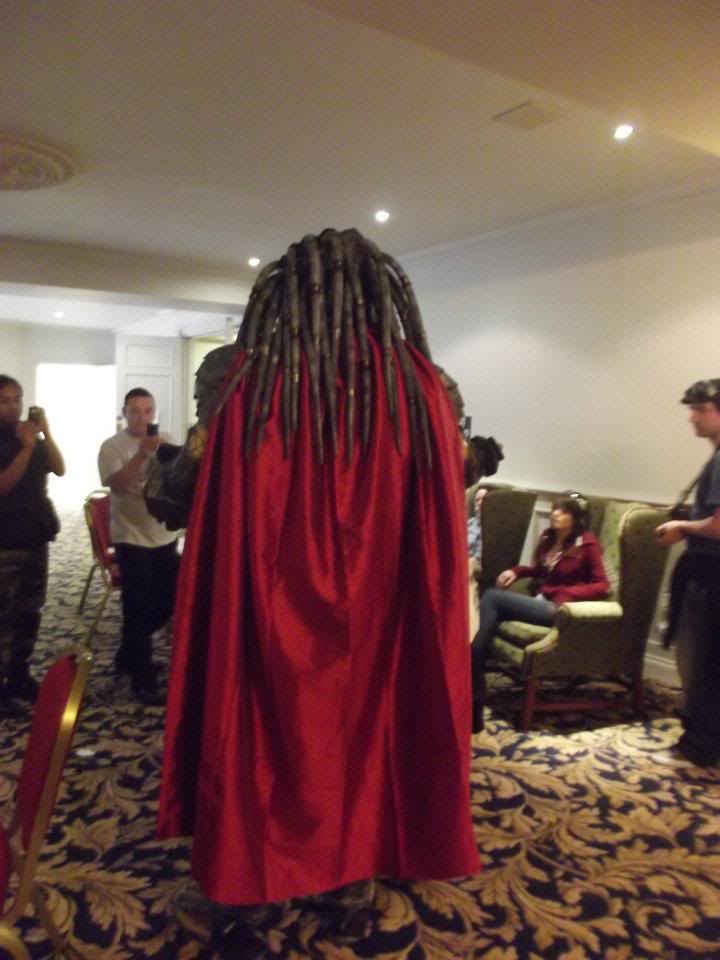 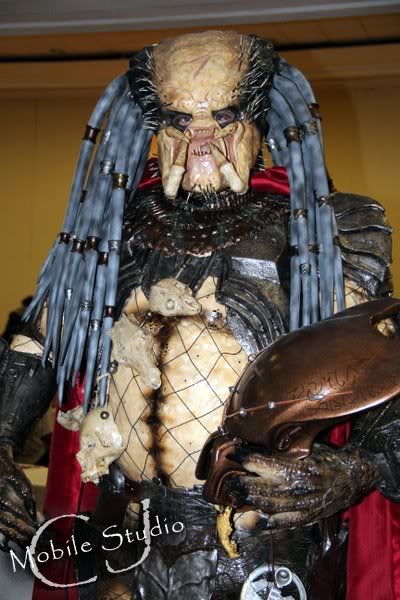 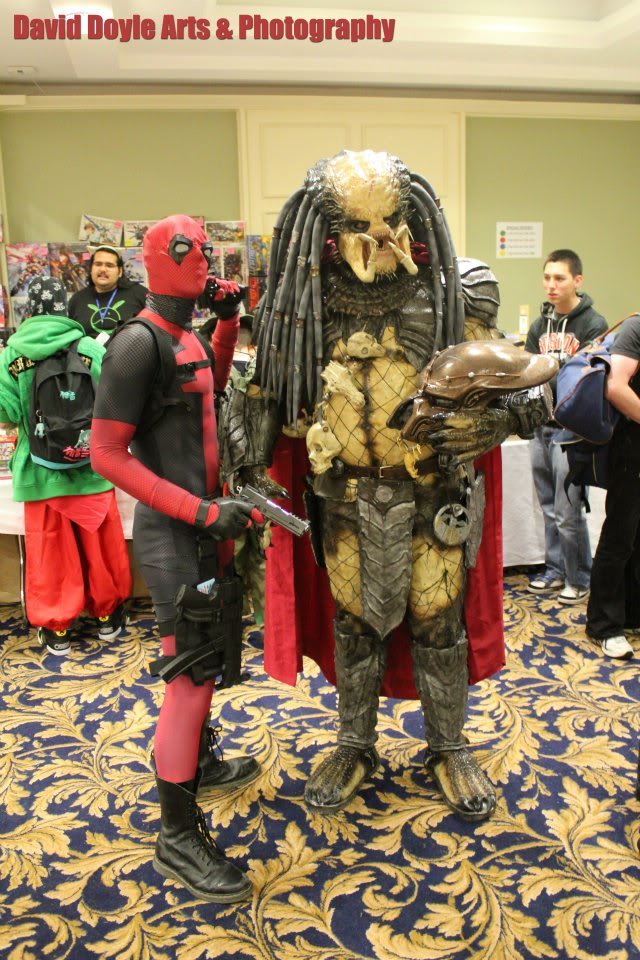 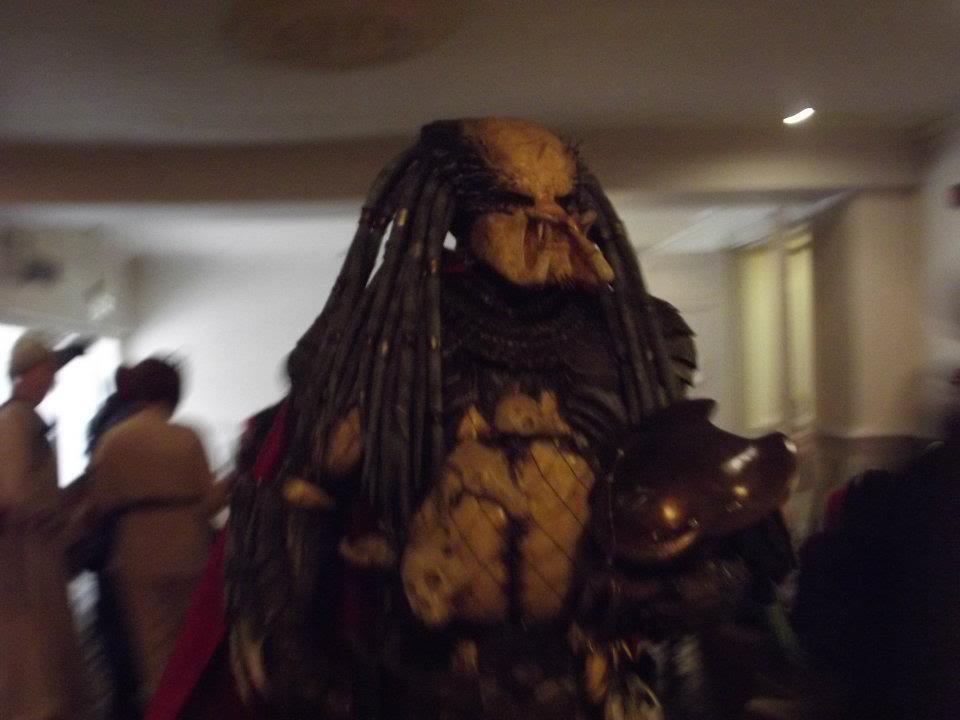 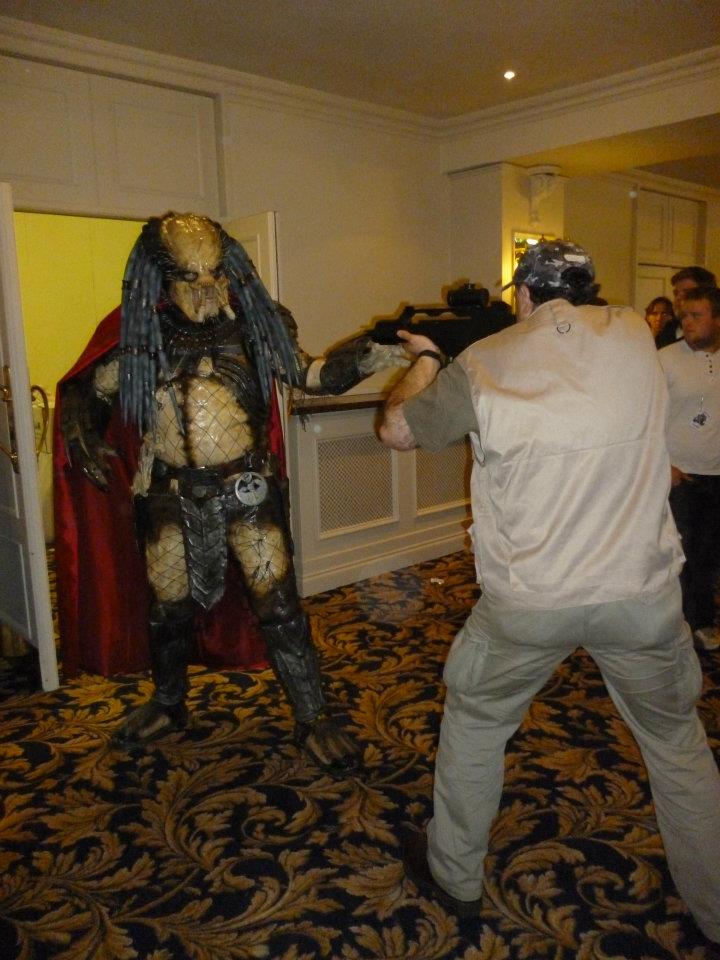 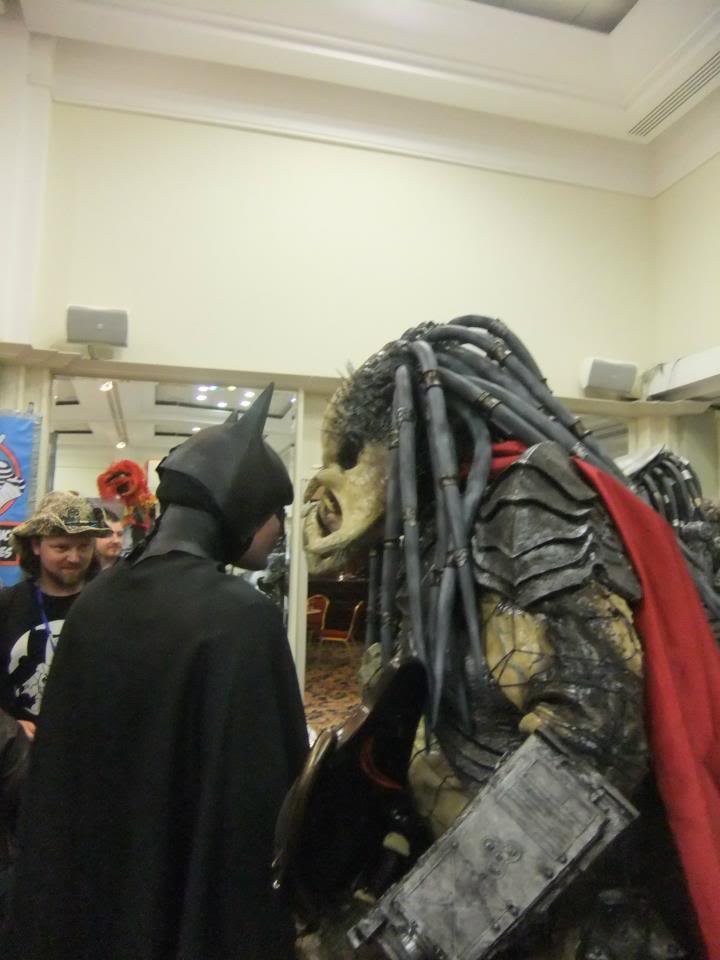 I donated a berserker bio and later on a full mask with dreads to the charity auction they had at the con, here's some quick pics of that. I like the 2nd pic 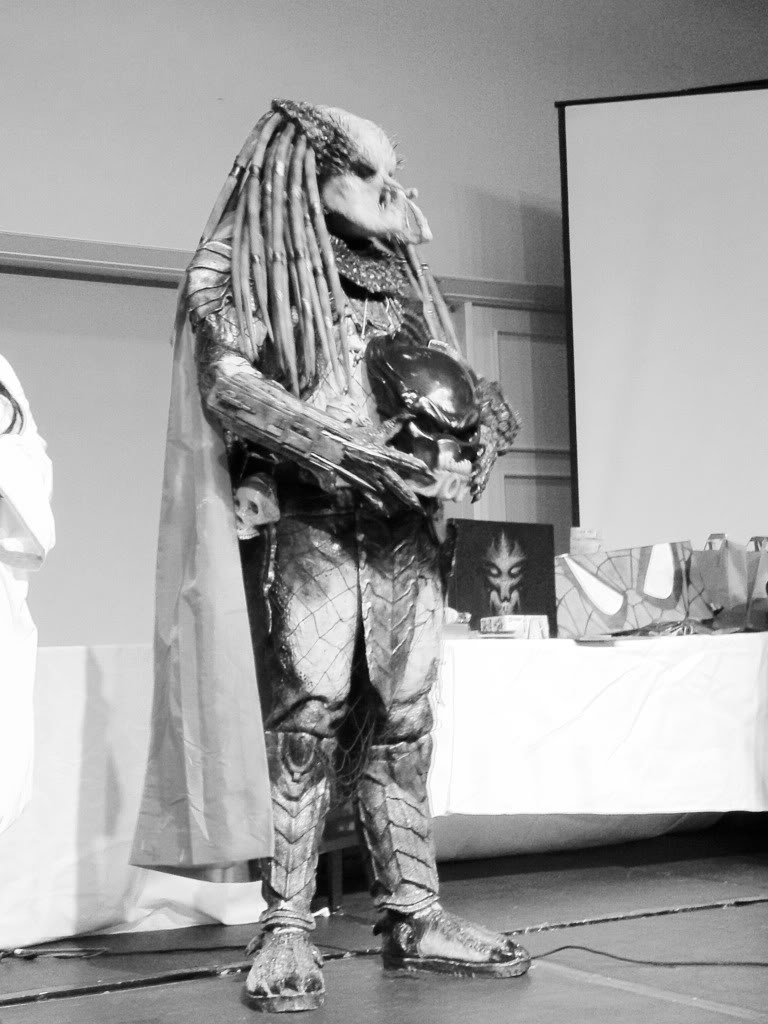 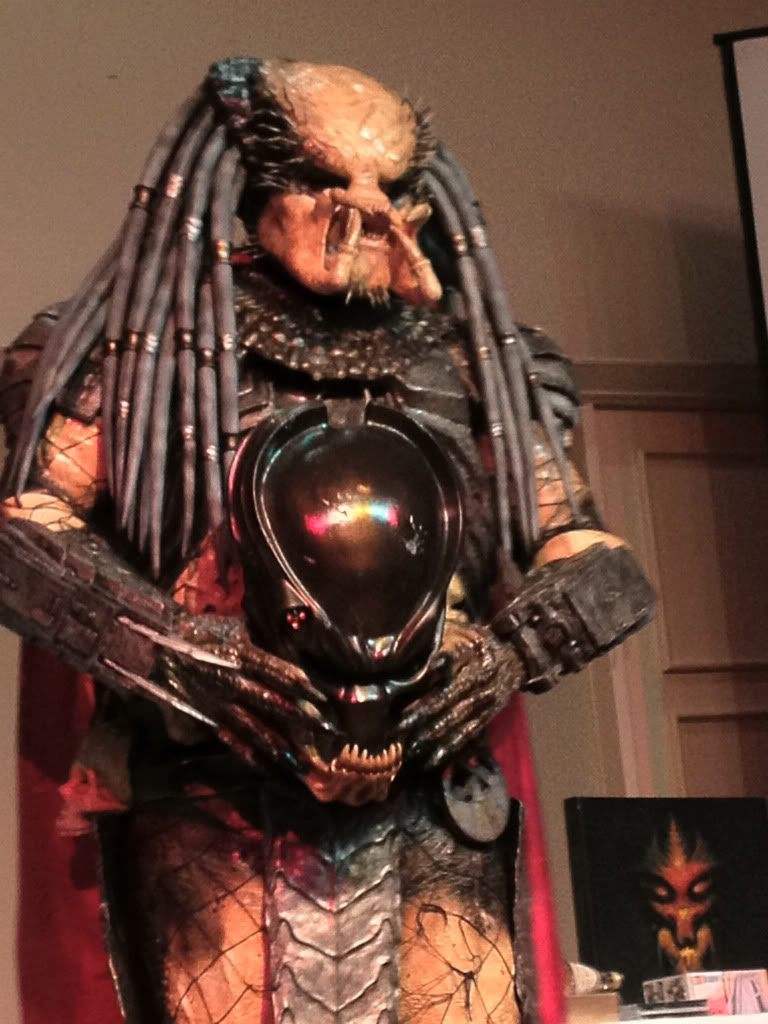 Finally some quick pics of the predators ireland crew. 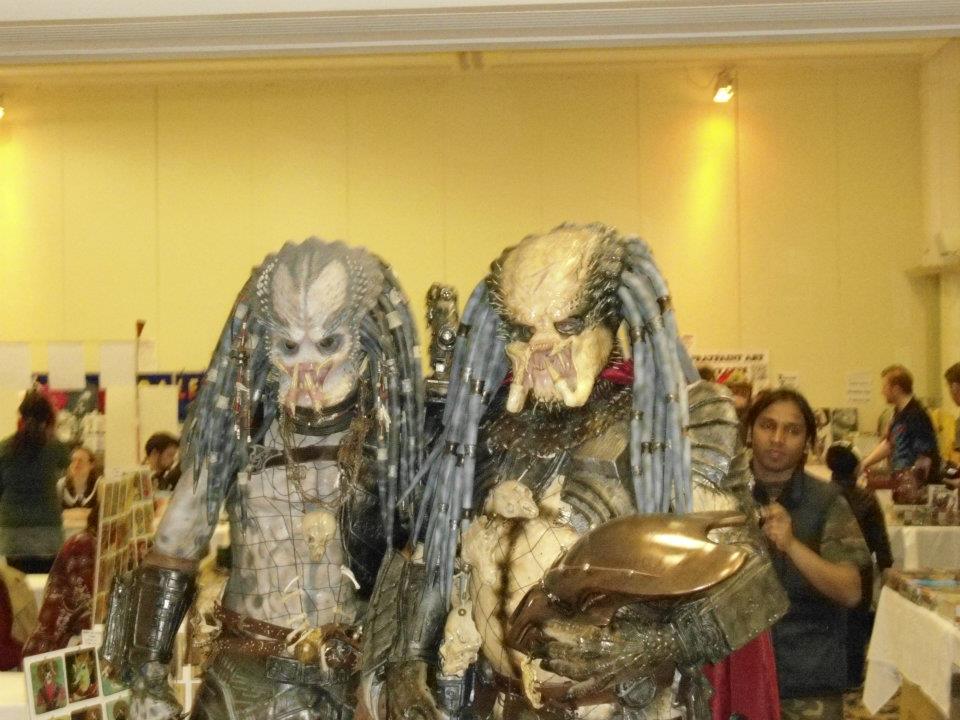 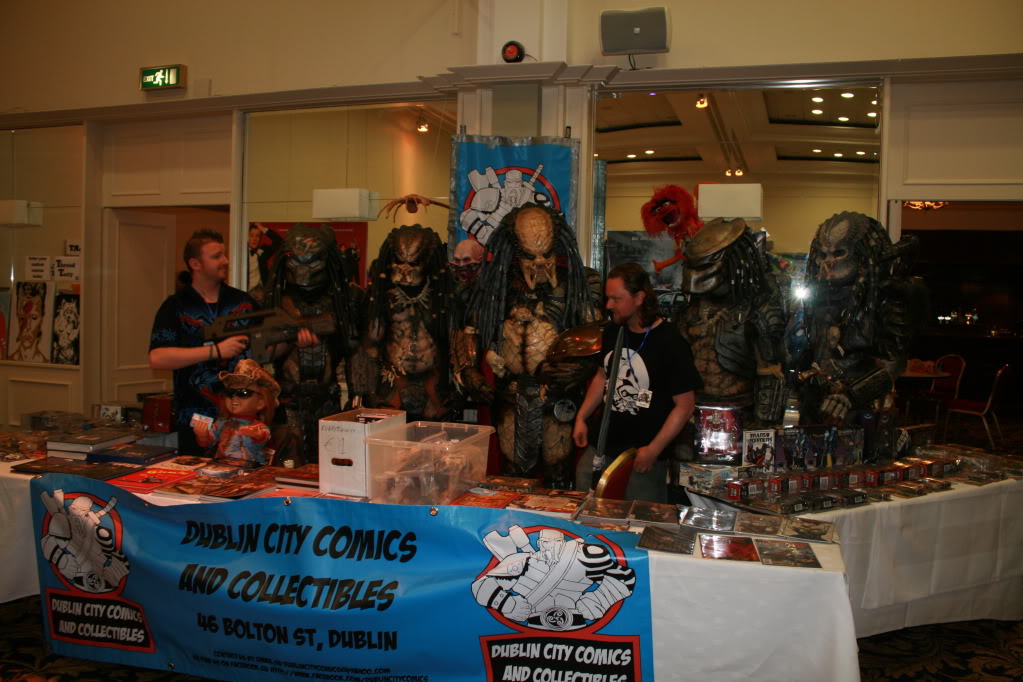 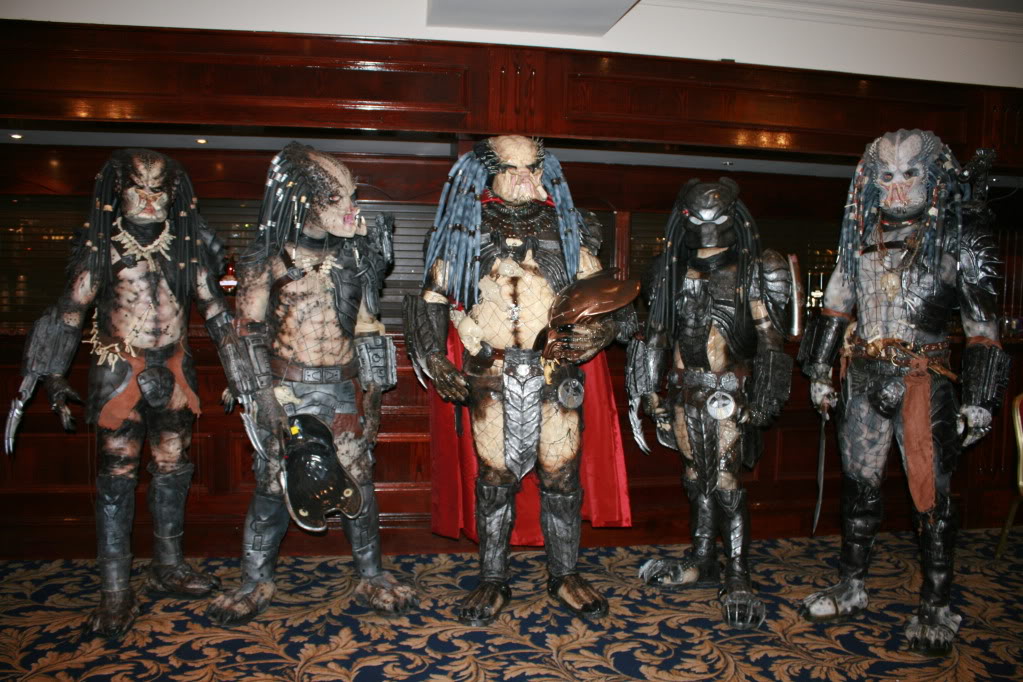 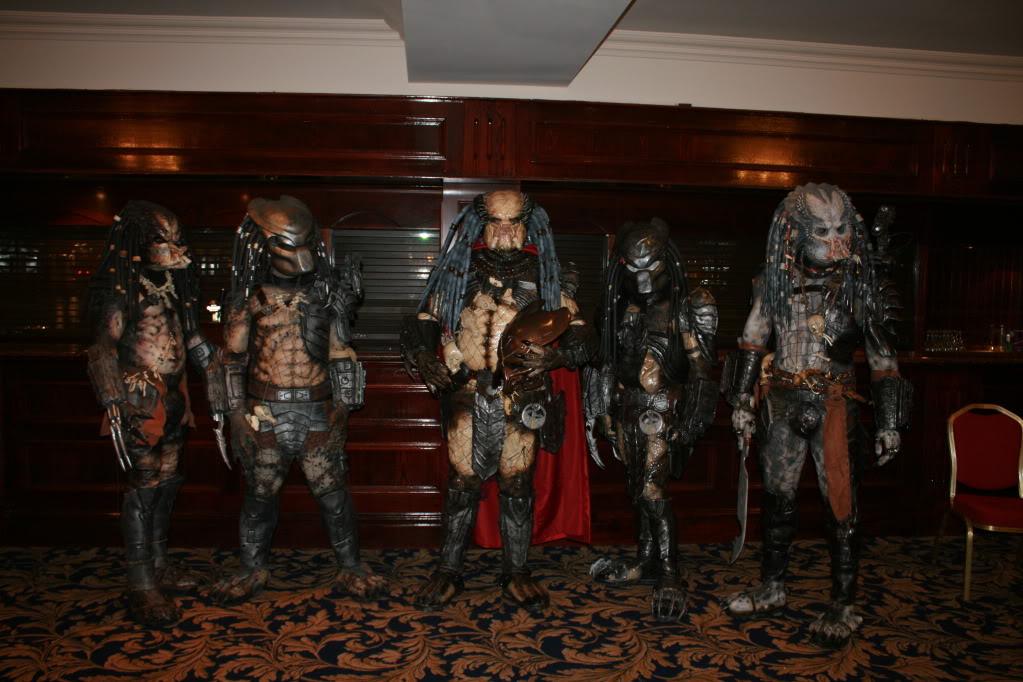 This looks really sweet. I never noticed until this build that the elder has his two front topjaw teeth larger than most other predators do. Awesome work.

Badass elder bro. Those are some insane looking hands too. It's incredible how you did all that in such little time.

Awesome build man, gotta love the detail you through in there is such small amount of time

awesome hand sculpt,and you all look great at the con.

What mask did you use?

Kudos on the suit bro!

Love the elder bio you are carrying and the dreads look awesome, really make you look older.

Fantastic as always brother! Looks great, and hope the back surgerys go well.

cool Bryan, hopefully youll be back on your feet sooner rather than later.

thanks guys, appreciate the kind words.
there;s a few things I gotta tweak and fix but sure that;s another days work

Savage looking Bryan got to see it, looked incredible. Was a great day also.
You won't be suiting up for a few months :,(
N'awh that's well ...... GAY