catboat said:
Do you have a template of where you drilled holes for the the additional landing lights? I noticed in the mandibles there is place to run the wires to the front, but you still need to drill the front piece.
Click to expand...

I didn’t add any additional landing lights nor did I add lights to the mandibles.

zjunlimited said:
I didn’t add any additional landing lights nor did I add lights to the mandibles.
Click to expand...

oh ok. thanks. so you just added more lights to the standard and rewired?
Last edited: Dec 9, 2020

Apologies as I fell behind with some updates but better later than never....

As I wrapped up all of my interior modifications, the next step was to marry the top and bottom sections. Not knowing what I was in store for and worried that if something wasn't aligned properly, it would be a minimum a pain in the ass to reverse course and separate, if not impossible....sooooo I needed to get it right. Honestly, there wasn't much reference material I could find on how to do this so I did my best and documented the entire process.

Below you will find some final prep items I went through before attaching the top and bottom sections together.

Annnnnd while we are on the subject of updates.....after the Falcon was assembled with the primer and base coat applied, I then decide I wanted to replicate the perimeter damage. Of course, it could be done after painting but in hind sight, if you are considering this, please do it before prime and paint. And when it comes to the underside of the cockpit, do it before you assemble the cockpit...more later.

Honestly, I contemplated this earlier but had decided then that I didn't want to tackle this. Well, as things go, I changed my mind....you can see how I did it here on Part 10 of my build series.

In short, after researching this a bit more (sorry I forgot who came up with this idea first) I decided to use the soldering iron method. What this entails is bringing a hot iron close (but no touching) to the panel while using non-serrated pliers to slowly bend and manipulate the panel as desired. I'd be lying if I told you this didn't cause some anxiety but at the end, it was pretty straightforward...... be patient, do not rush, and stay focused on where the hot iron is at all times. Note, I used this process for everything except the underside of the cockpit. More on that later. 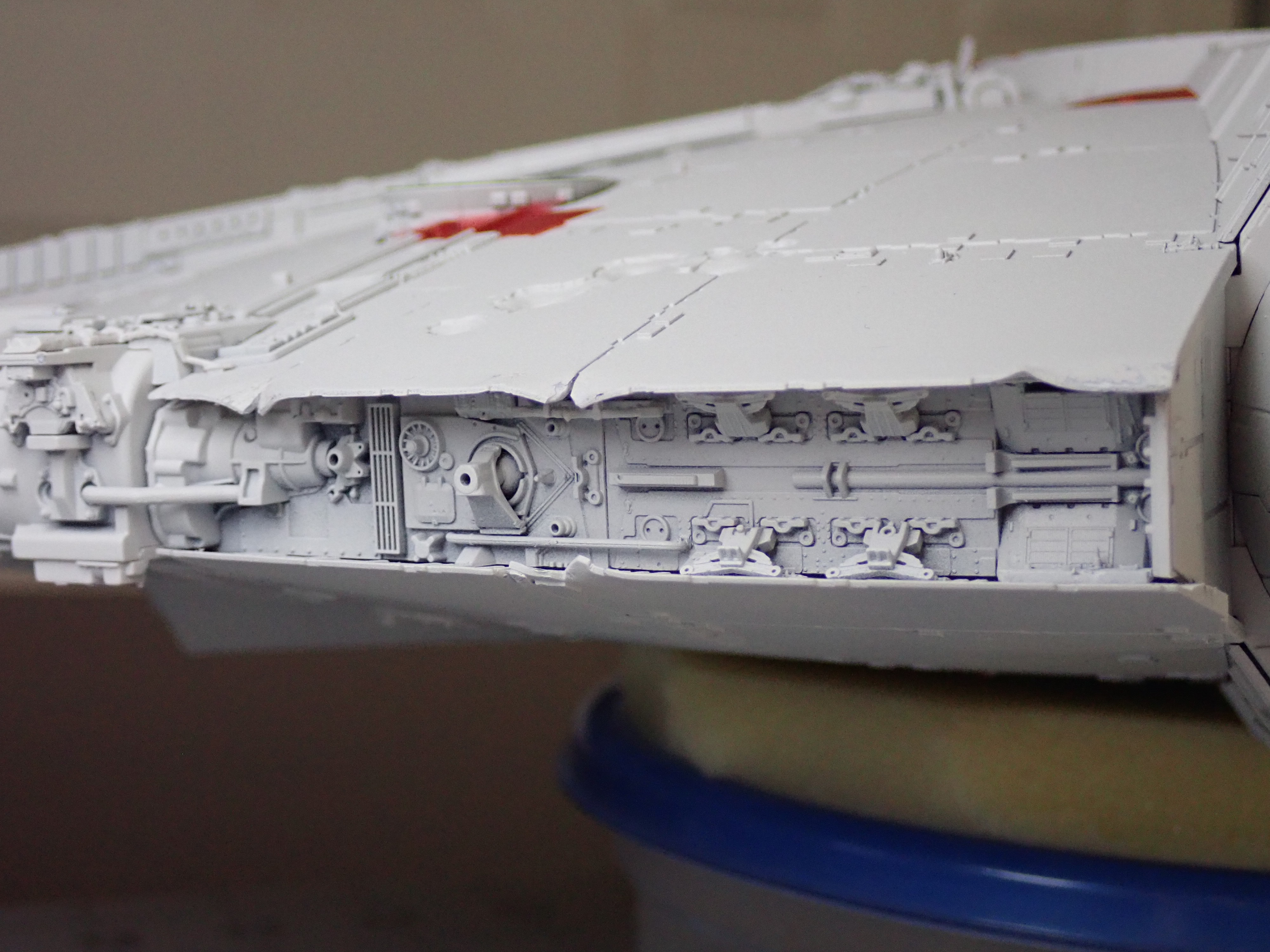 Port side, aft of docking ring 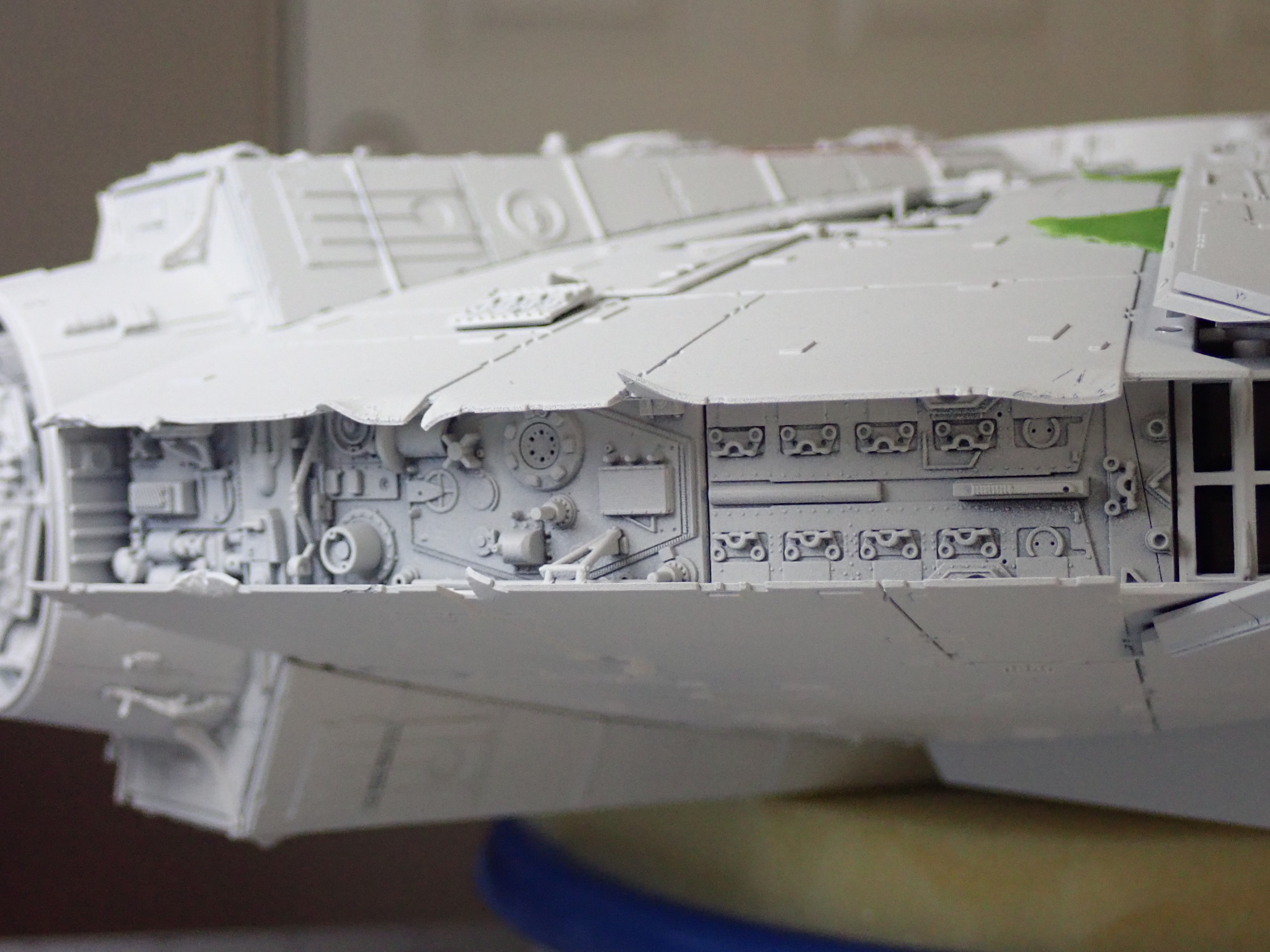 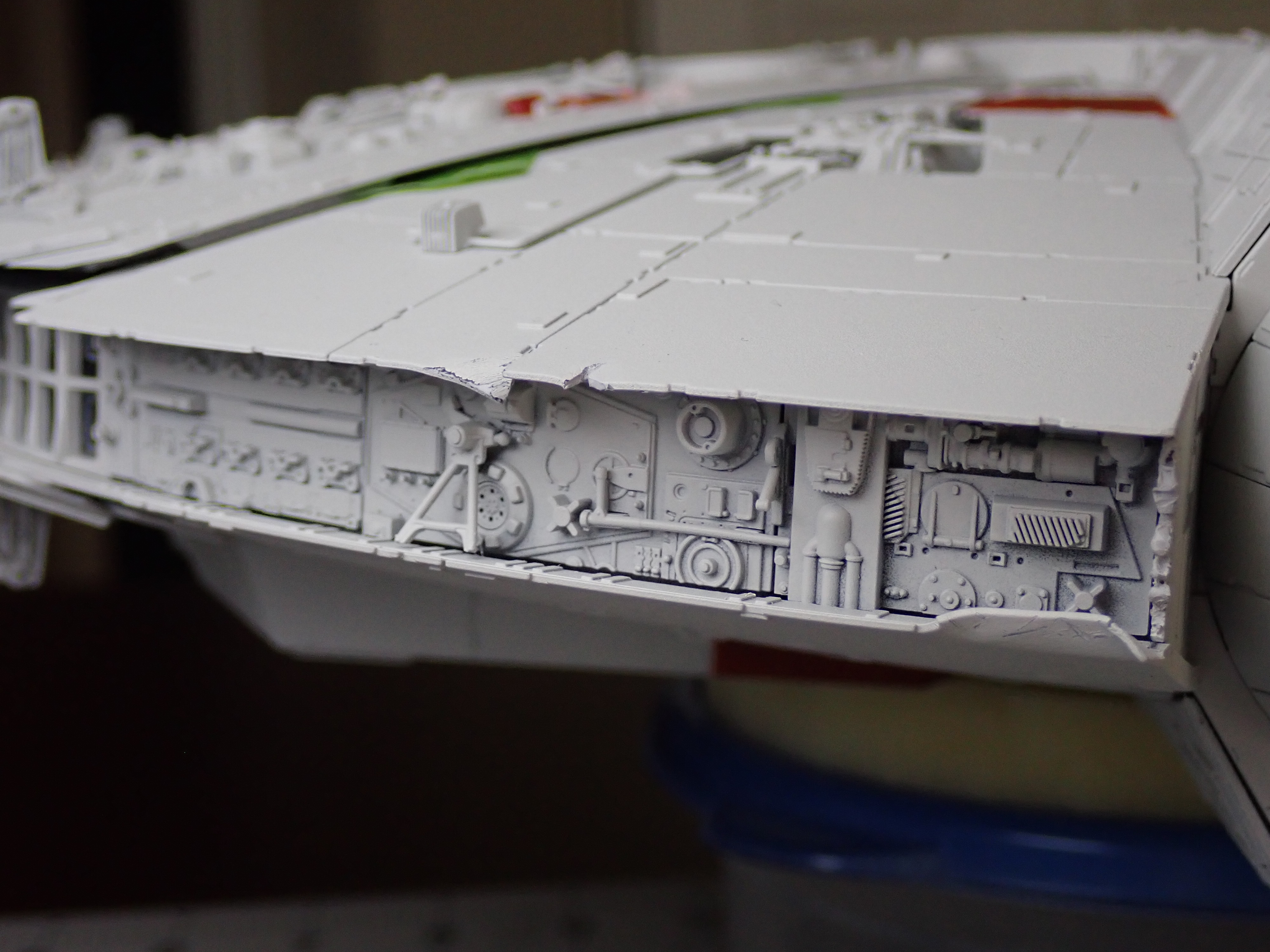 In the next couple of photos, the panel sections to the left and right of the docking ring received some addition attention. After trimming off some substantial plastic, I briefly touched these sections with the soldering iron to create softer edges to take away the artificial looking cuts after trimming. I brought the soldering iron temp down to 400°C for this activity. 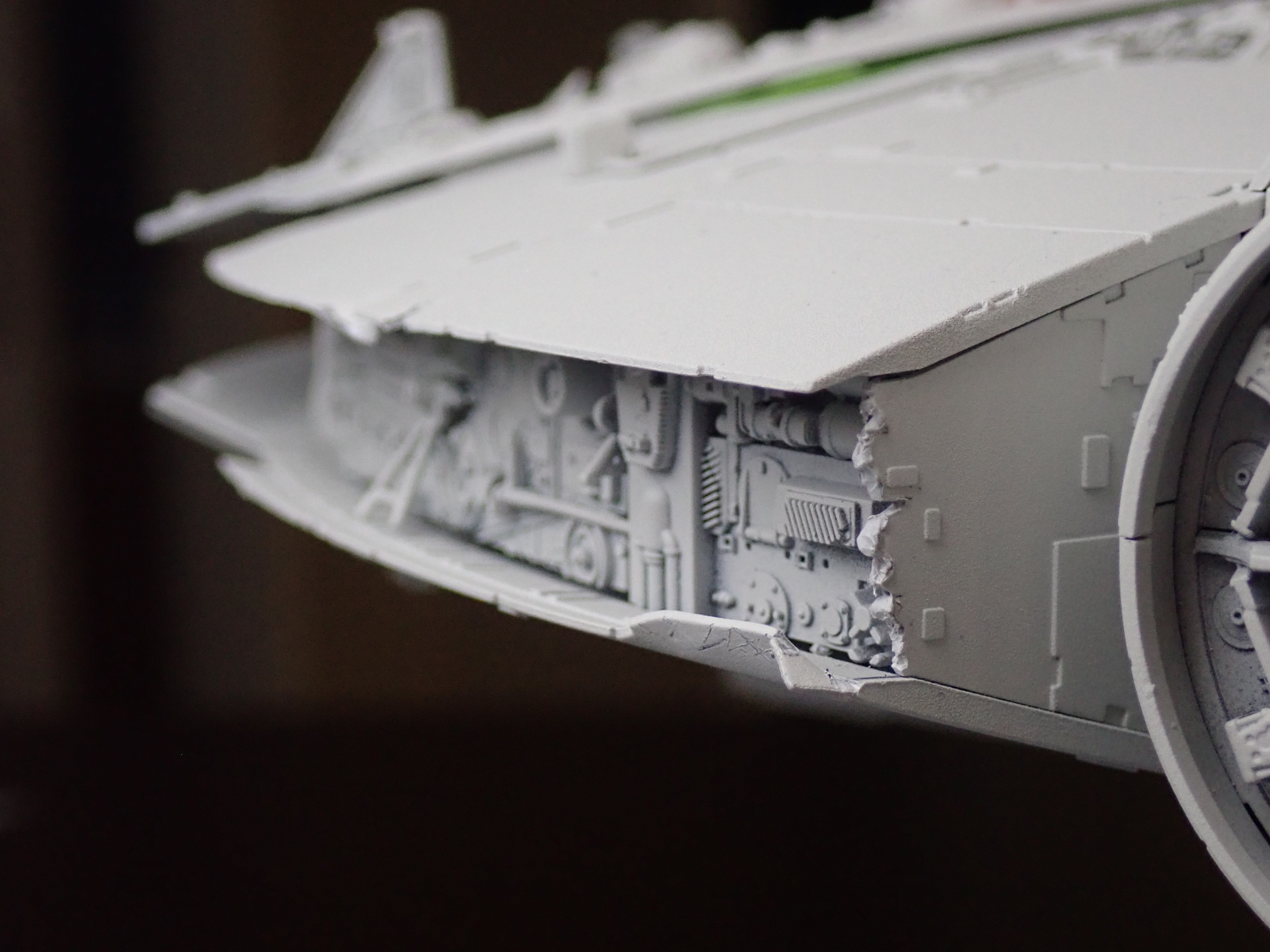 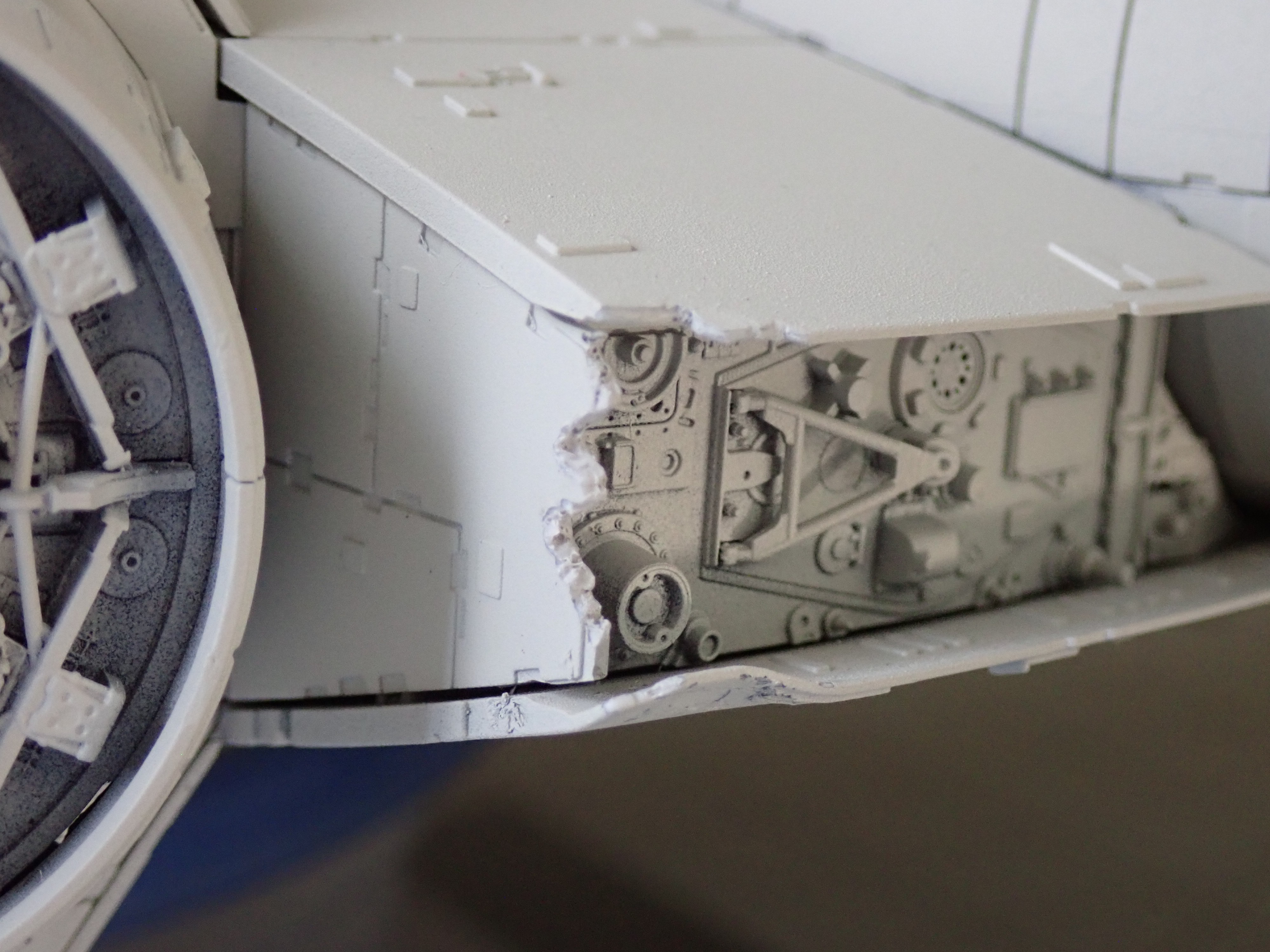 The underside of the cockpit was a PITA. There is a support structure right where the seam is that should be removed from the inside before the cockpit assembly is complete. Had I planned ahead, this would have been 100x easier. Thanks to RossW on FB, he was able to send me a photo since I forgot to take one. The highlighted supports / wall sections in red is what I should have removed. 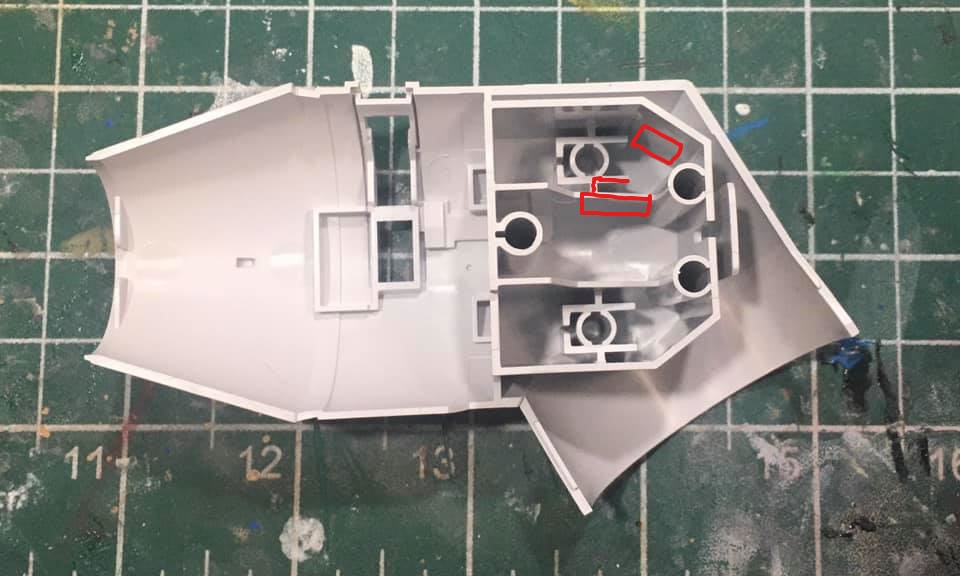 So what I did was I ran my xacto knife along this seam over, and over, and over again until I was able to penetrate into the interior and carved out some plastic. I brought the soldering iron close to the bottom and heated it until I can start to create dents in the bottom with the end of a medium paint brush. I then touched the edges with the soldering iron to soften the look. Overall it could have been much better but I'm just ok with it and I'm not sweating over it anymore......now (lol). Unfortunately, I did not capture this on video so we'll make do with a photo. 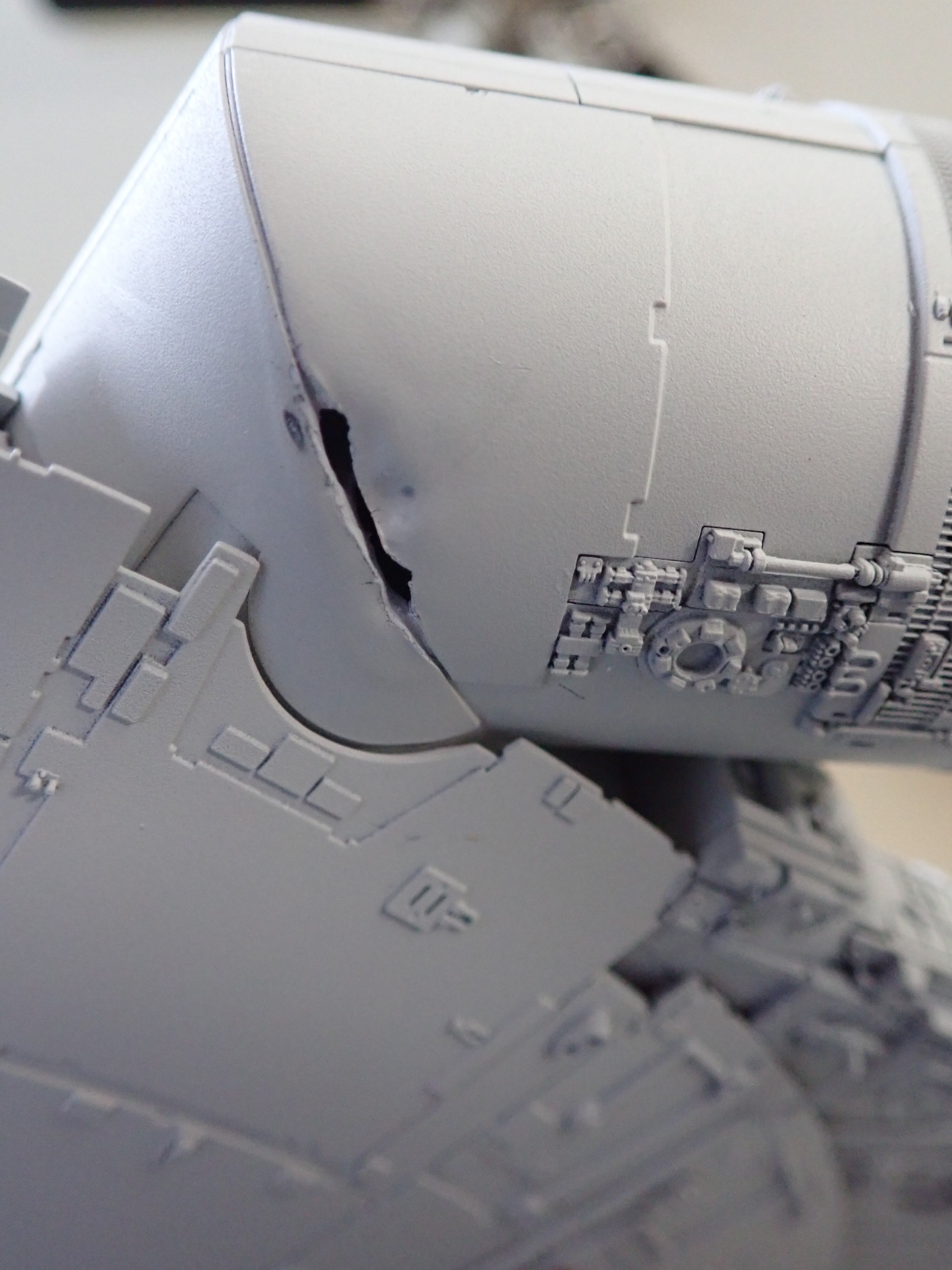 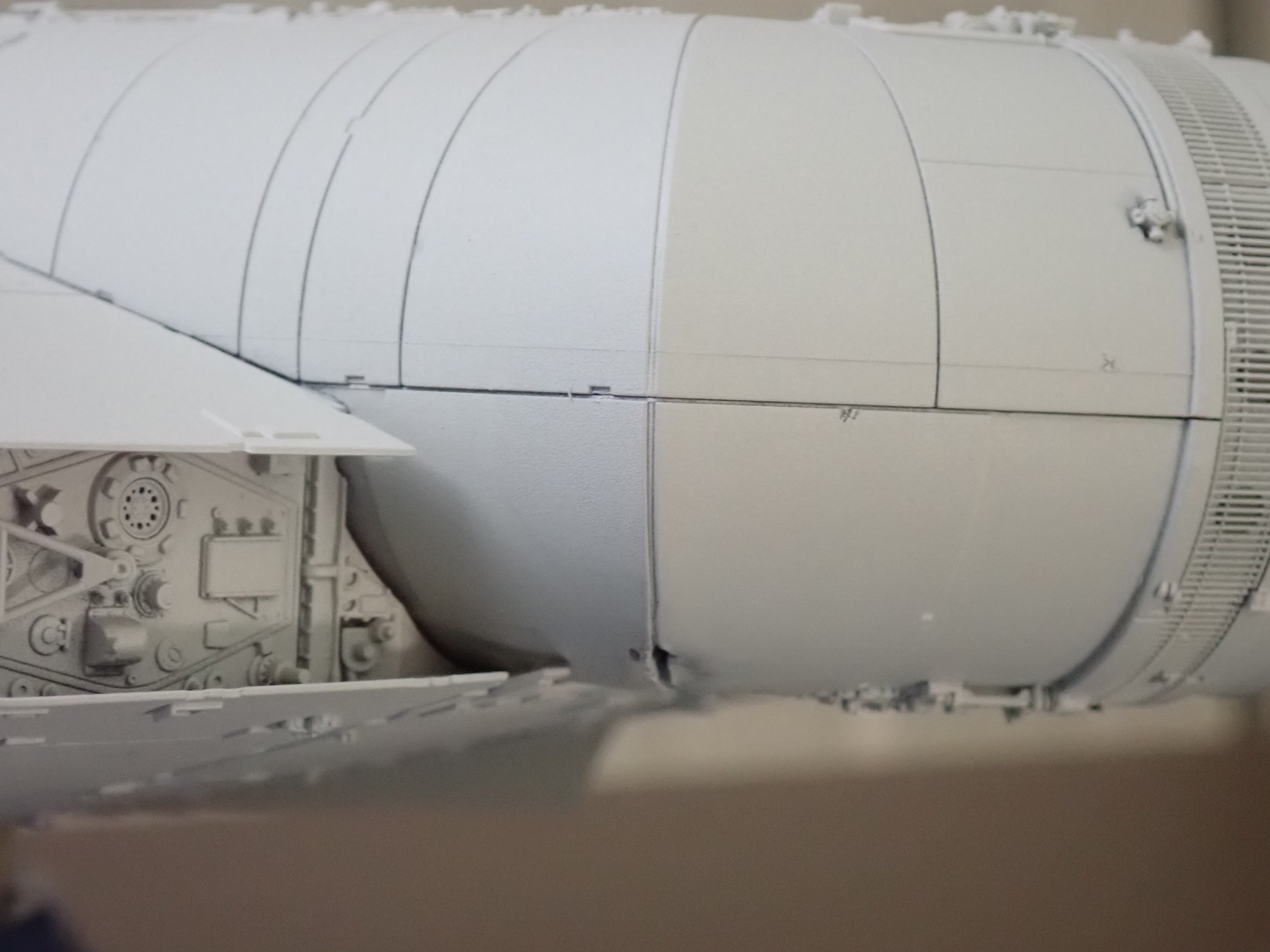 catboat said:
oh ok. thanks. so you just added more lights to the standard and rewired?
Click to expand...

The only "new" lights I added were the engine led strips. Since I didn't use the stock leds for the engine, I repurposed those for the gun bays. Everything else were stock led bulbs but since I ditched the stock Bandai battery box, everything was re-wired to suit my new battery box.