Ōban Star-Racers is a cool cartoon with an interesting plot and characters. Probably my favorite character is Spirit, Ambassador of the Phils.

Back in college I had a roommate who introduced me to a lot of crafting and making stuff, and one of the things was foam crafting. So I decided to try and make a Spirit headpiece. That was, uh, five years ago. Here's the very first picture I have of the project, on my head, the day I started cutting out the pieces: 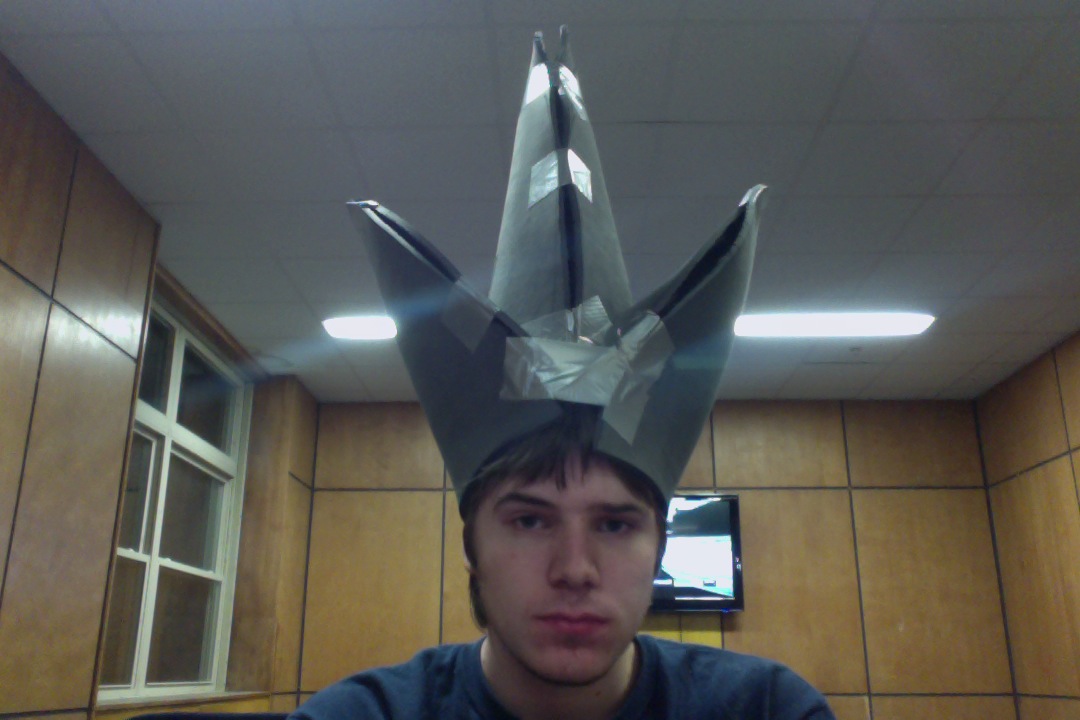 As you may be able to see, not a particularly solid resemblance.

Here it is now: 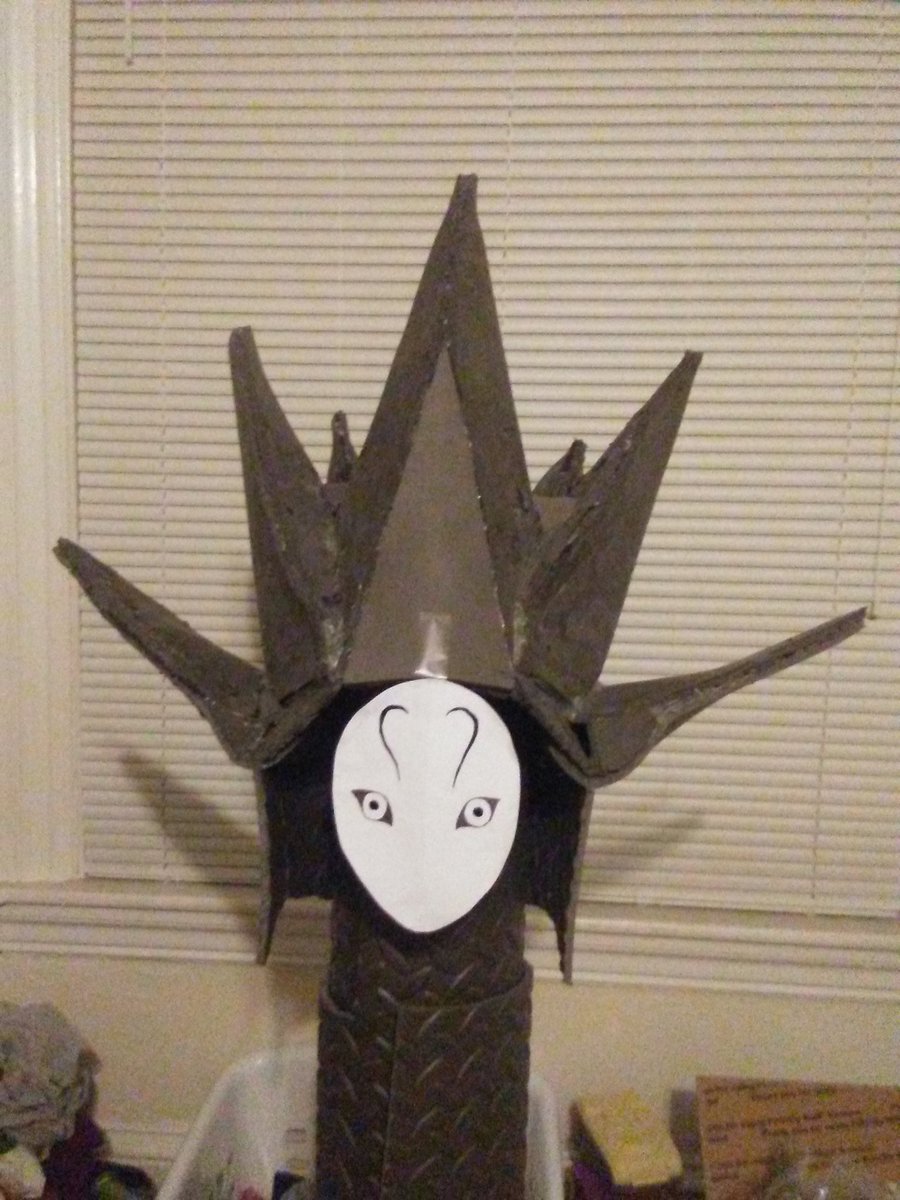 Here are some intermediary steps: 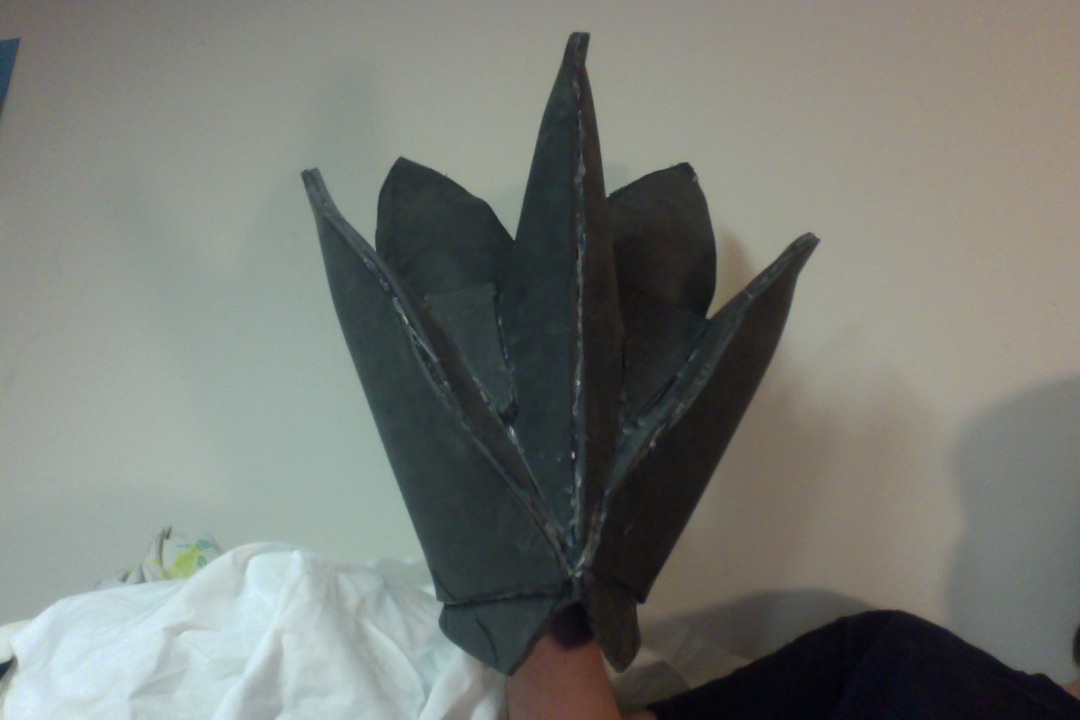 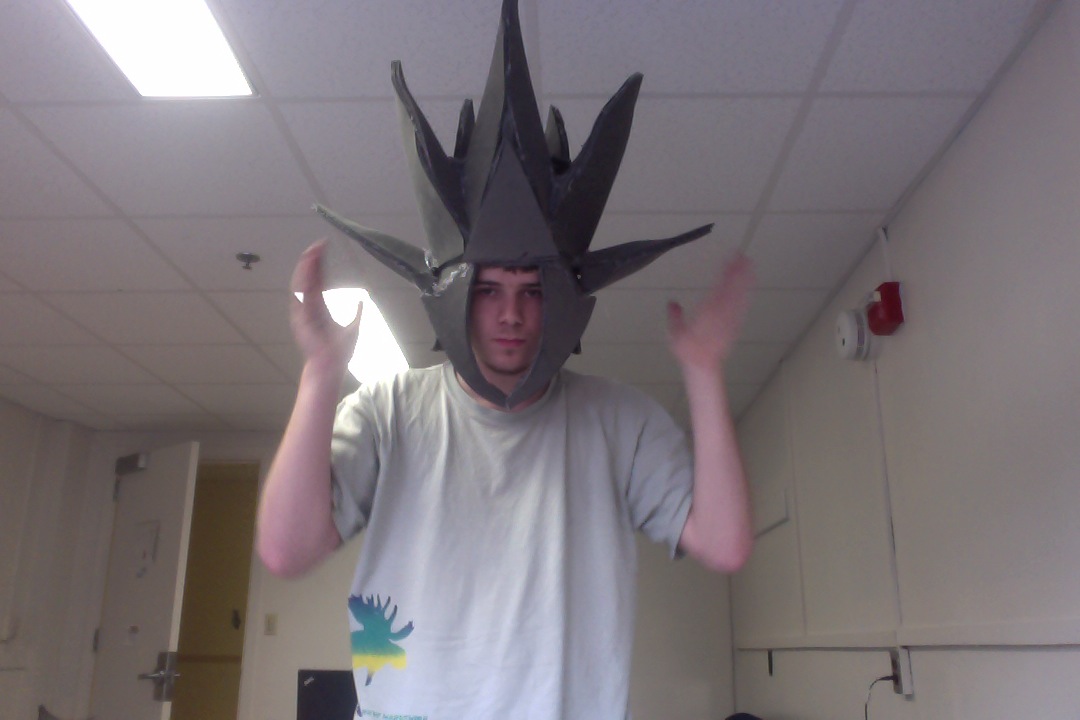 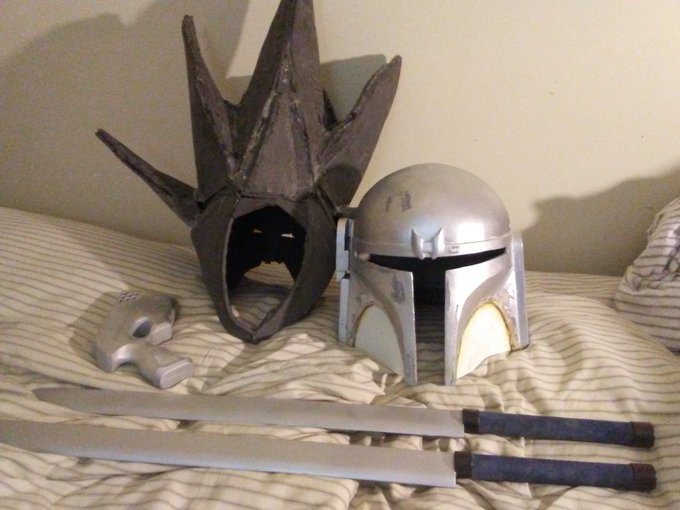 There's been a lot of evolution and revision in the design throughout the years. It looks a bit messed up in its current incarnation because at one point I thought I'd try to smooth out the shape by hot gluing thin sheets of EVA foam onto the surface, but then changed my mind and ripped them off.

The main structure, in my opinion, is basically done, minus the bottom section which I'm still finishing up. Specifically, the material I used is anti-fatigue floor mat. Cheap, cuttable, and comes in handy rolls. It's hot glued together, with the scraps stuffed into the pockets in the "fins" to keep their shape.

The rest of it is where I've had to do a bit of thinking after picking the project back up. I've drawn a lot of inspiration from Adam Savage's Totoro costume build, so the vague plan is to pad the entire thing with felt and sew up a "glove" to go over it. I'll start figuring that out once I get the bottom finished.

The face is a different issue, and I had some extremely vague ideas on how to do it back when I started, but again taking a page from Adam's Totoro book I decided I'd try the vacuum forming "slumping" method. 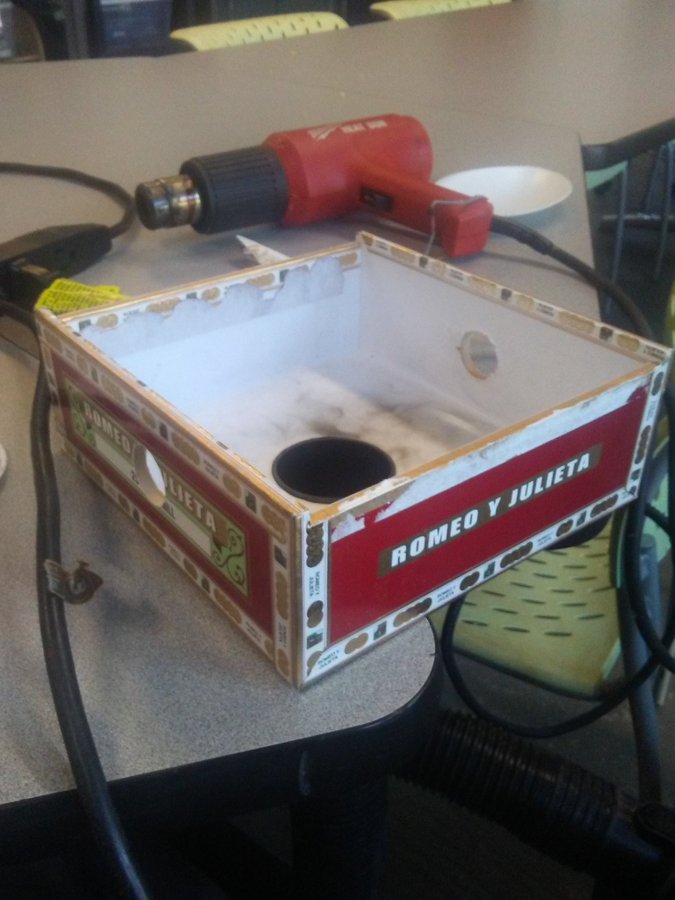 I made a makeshift vacuum forming box from a cigar box, mainly as a test, to form the face shape. I volunteer at a makerspace so I used the laser cutter there to cut out the hole in the box lid, used their heat gun to heat up the styrene, and their shop vac for the vacuum. 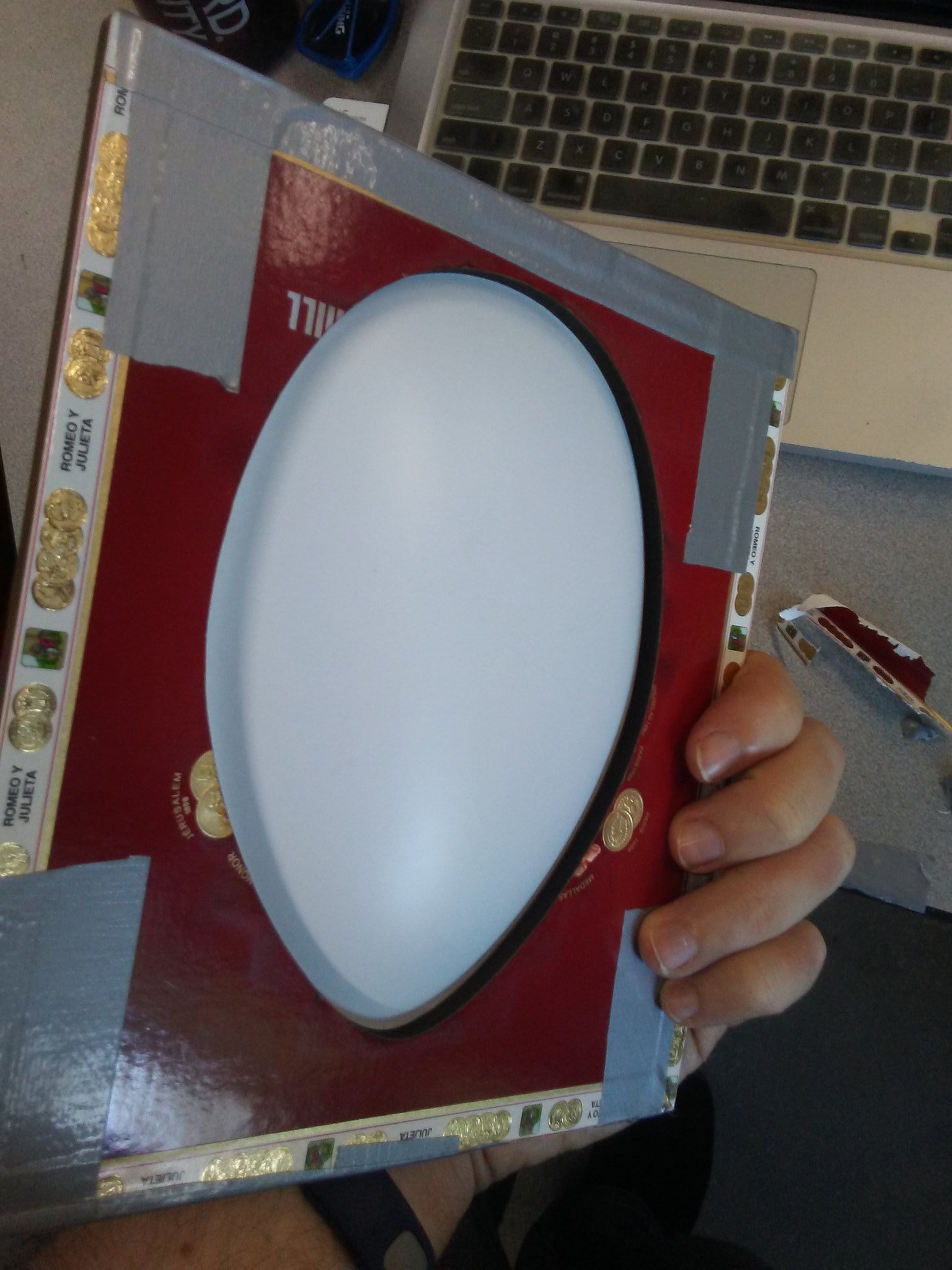 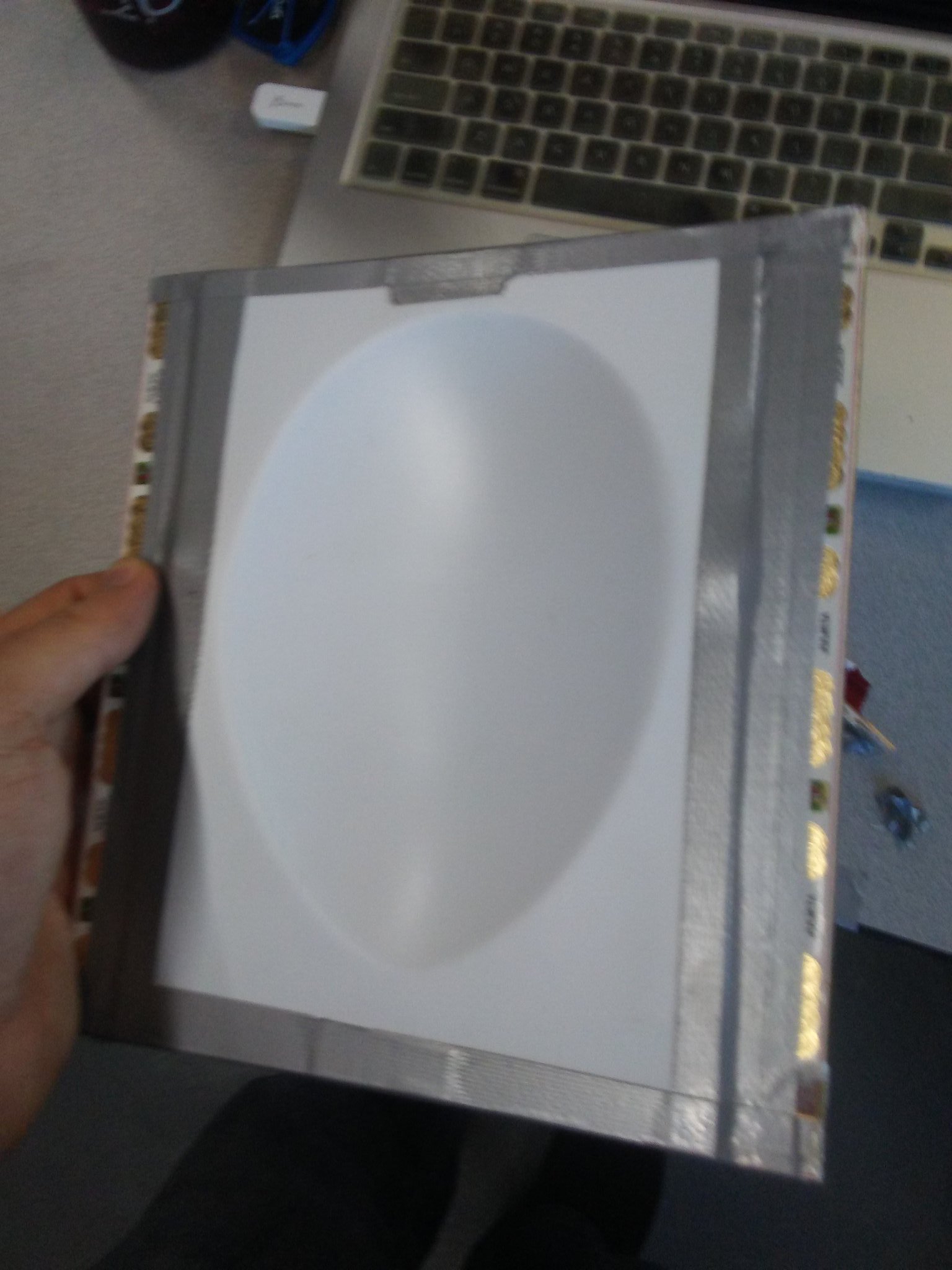 I was so jazzed when this worked out. My first foray into vacuum forming. The extremely basic version of it, but still. But that was out of a .03" thick sheet, which seemed too thin, so I made another from the .06" sheet that I also bought. 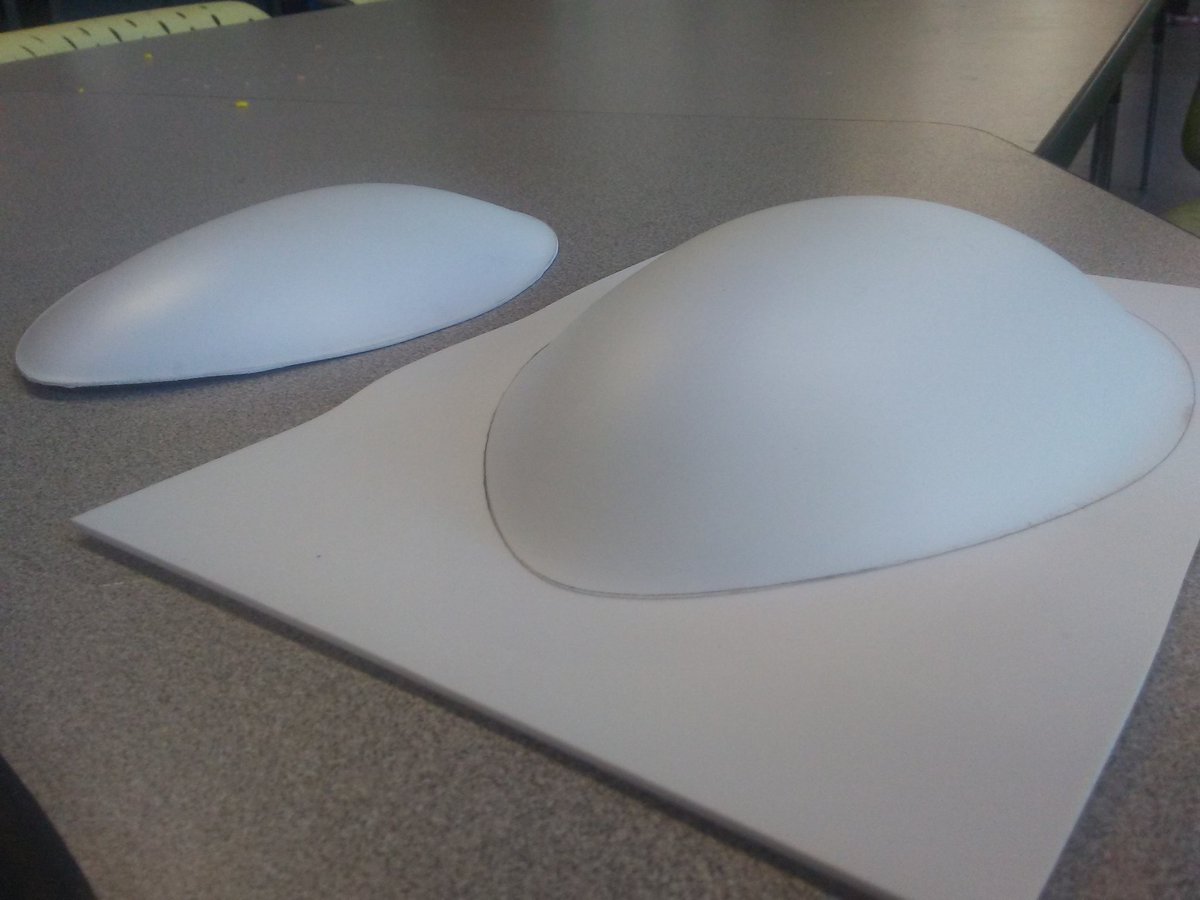 This one pulled a bit deeper too, which I like.

So I trimmed it down and cut out some eye holes, and did a quick vacuum pull for some eyeballs. The gaps and drilled-out pupils give me a relatively reasonable view through. Some vinyl stickers on the forehead to make the swooshes as well. Still all preliminary and needing some cleaning up, but kinda wild that my second ever vacuum form could become the main feature of the costume! 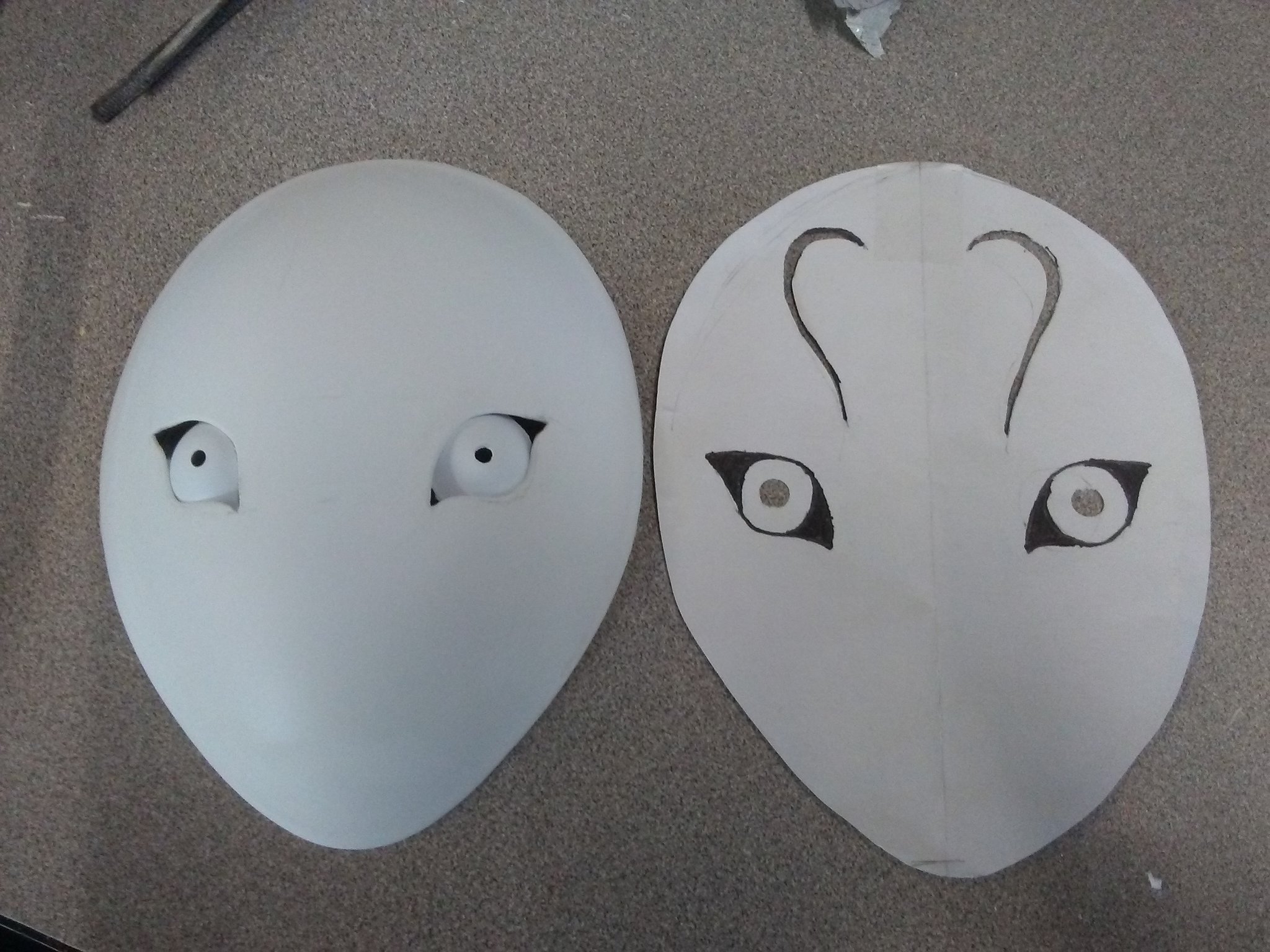 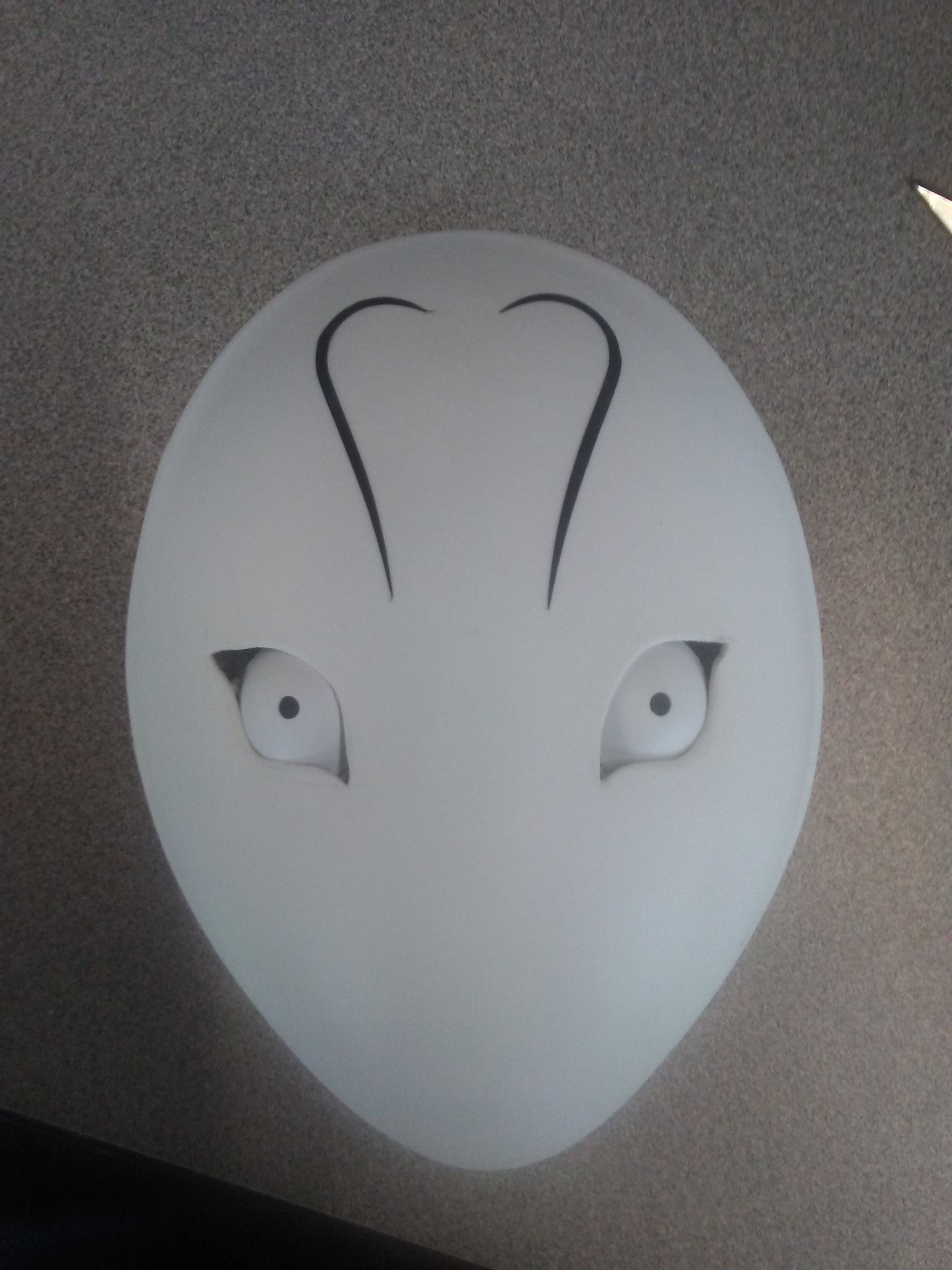 Of course, the head is only part of the costume. I also plan on making the coat at some point in the future. I bought a morph suit for the "skin" parts.

Regardless of how this pans out (it's been five years already and I'm still working on it) I've learned a lot from the process and had a lot of fun doing so. Hoping to use some of in in my other costuming pursuits (got some Mandalorian armor and I'm also hoping to do Reaper from Overwatch) in the future.

Star Trek TOS boots for under $100