The Next Doctor's Custom Sonic Screwdriver by SimplyProps

A little history on the idea behind this Sonic. After finding the 2005 series of Doctor Who, I started to watch the old episodes, and like others here, I found myself drawn to the classic design of the Sonic Screwdriver. I have a version of all the Doctor's Screwdriver, but wanted something custom for myself.

About this time, both Straker and GreatWazoo had Sonics made Simplyprops. With my ideas in my head, I contacted Straker and GreatWazoo and spoke with both of them, as there are some similarities in their designs and mine. (Getting on my soapbox here for a second, if you are thinking about making something that has "similar properties" to another member item, here or elsewhere, ask them about it first. A little respect goes along way. Stepping off the soapbox now.) Both of them gave consent and Simplyprops and I started the design. I think for a while Simplyprops pulled his hair out making the design work, but the end result was exactly what I wanted.

Here is the end result: 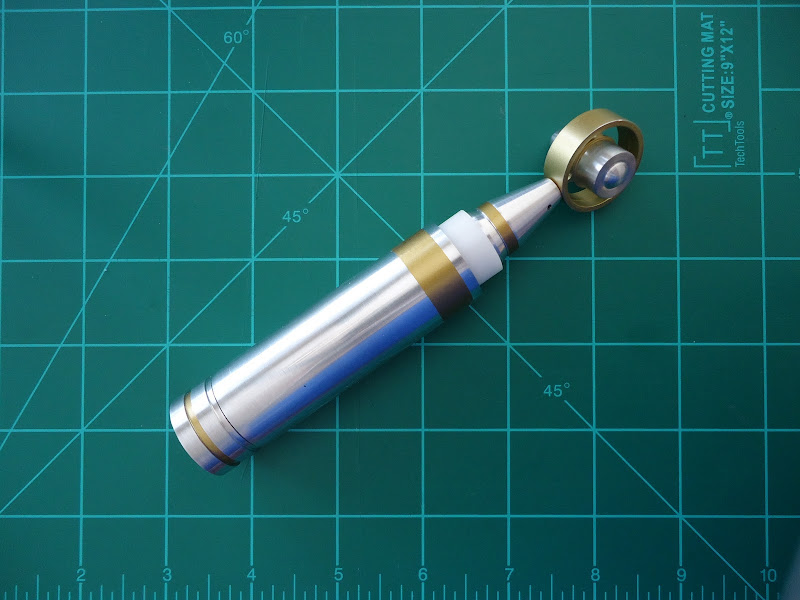 Impressive, isn't it.....you see I have always thought the Doctor might like to go out without a coat or a jacket every once in a while. The Classic Sonic is not pocketable, but this one is. Oh wait, there's more.... 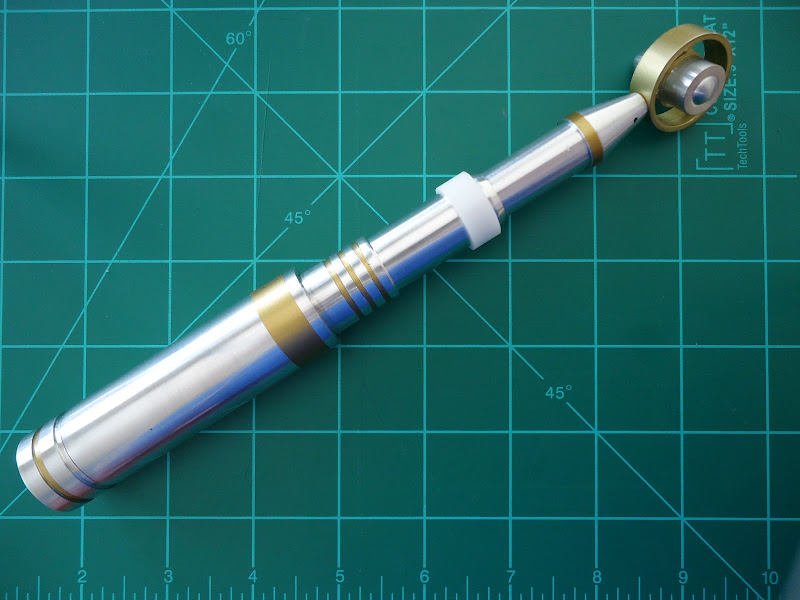 With a little twist on the base end the Sonic will extend to full size, as it is spring loaded. Think of how a Neuralyzer springs up, but not as much force. The multiple springs inside it allows the Sonic to completely collapse, as opposed to the 8th Doctor's Sonic with could collapse only on one level.

I am still deciding if I like the gold detailing, or if I should change the color.

Now if I can just break myself from carrying it everywhere I go.

I will post more detailed pics, (and if I can figure out how) a video later.

This is a video that SimplyProps did for me, before he shipped it.

The Next Doctor said:
Now if I can just break myself from carrying it everywhere I go.
Click to expand...

Don't bother. It is worth carrying and you and Simply did a great job on this. You should have this in a pocket with you for a long time, no matter where you go...unless it involved metal detectors. That always takes some explaining.

Very impressive piece of work there.

SimplyProps unfortunately had to be banned for being a sockpuppet account of banned member 5postboychen who was banned for sales related issues.

It would be awesome to have a light in the top as well. Great job.

I had thought about that, but there is no way to run a wires to the bullet as there is no space in the tines. I will post pics of the halo later and you will see what I mean.