I've wanted to do this costume since I first saw it in The Clone Wars, and have been working on it for quite a while now, but lately activity has picked up on it as I make the push to finish for Celebration Anaheim.

A bit over a year ago I started working on the helmet. I don't have much in the way of Blender skills, but I tried to put a pep file together as the base, and while it has been adequate for a base, there was a LOT of work that needed to be done. 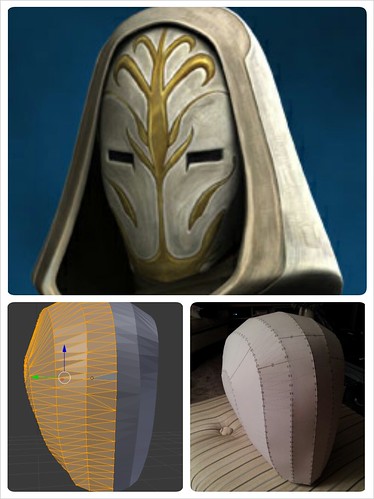 I coated the whole helmet in spray foam and started sculpting. 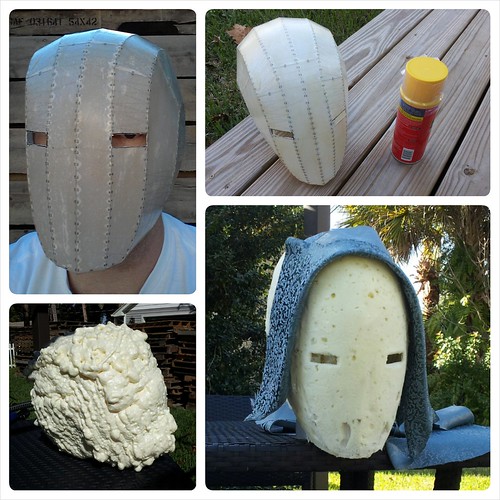 Next came primer and Bondo. 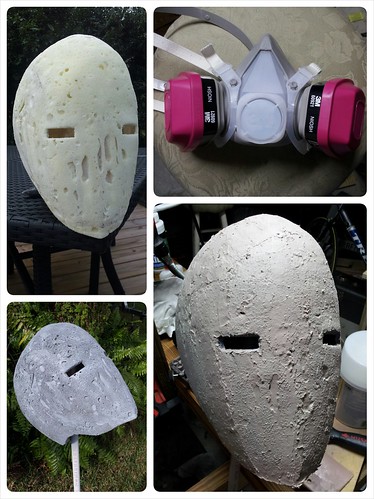 The cycle of Bondo and sanding repeated quite a few times. 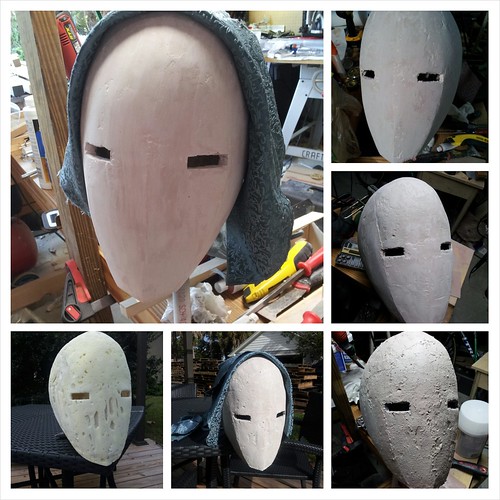 Finally, I felt like I was getting something reasonably close. 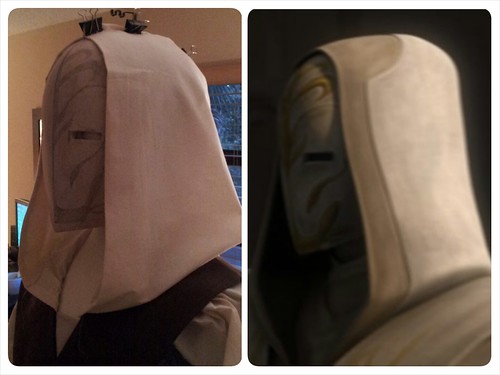 Then I decided that the helmet looked too much like an oblong alien head and needed to be cut down. 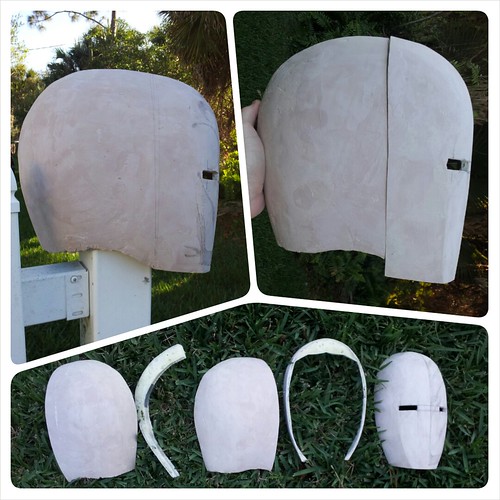 This lead to even more sanding and Bondo. 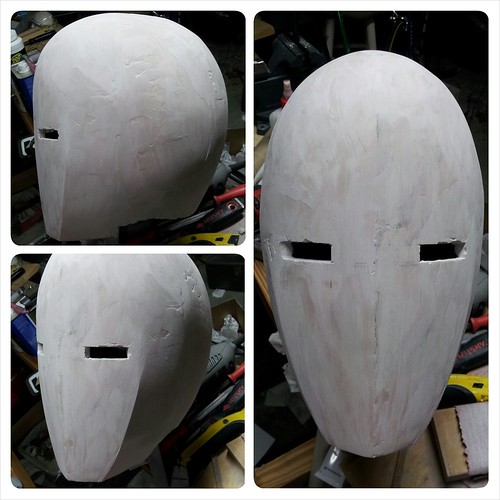 In the mean time, I did a quick mockup of the upper body fabric pieces. They're close, but still have a lot of adjustments that will be needed. 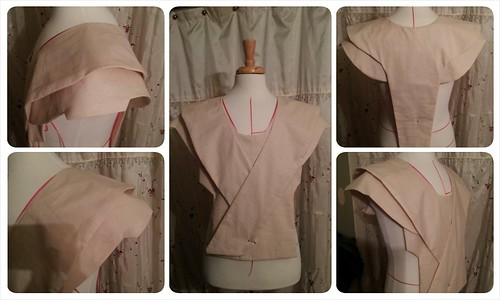 So about this time there were several events/cons/costumes that took priority and I took a roughly 8 month break before I came back to... more sanding and Bondo. 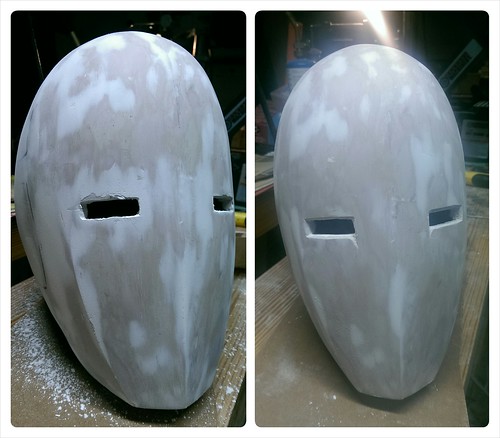 Finally I could move on to prepping the helmet for casting. 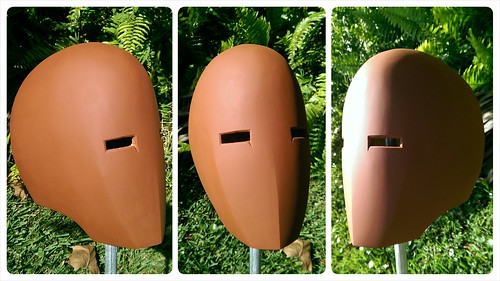 I had considered microsuedes to approximate the look of The Clone Wars, but ultimately decided on linens and leather. (the belt keeper was just in the pic for size reference) 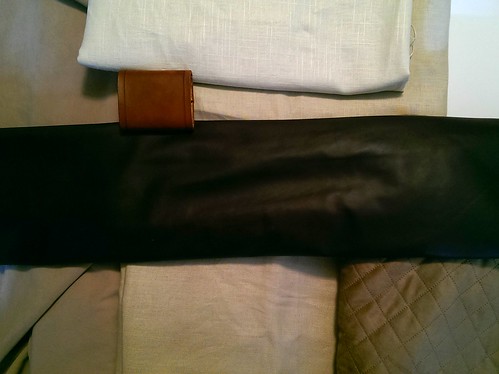 Made the keys which I just need to prep for casting. 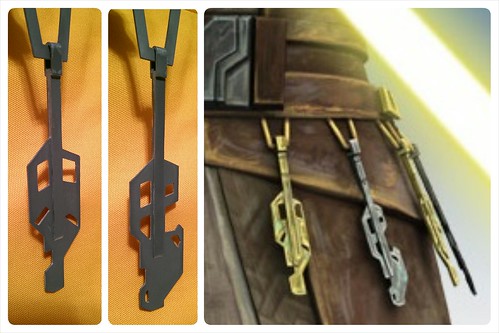 At long last, the helmet was ready to be cast. At one point I'd planned on sculpting the detail on the face, but after careful inspection I realized that the surface is smooth in the actual model, so for accuracy I will paint this detail. 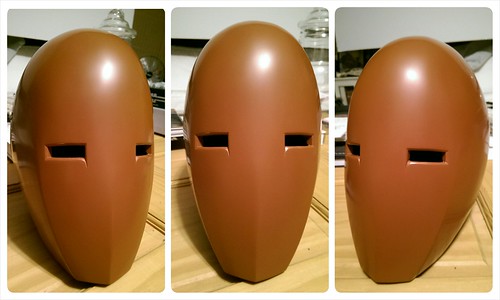 One last bit of prep on the helmet and the start of work on the saber with the covertech-ish clip. 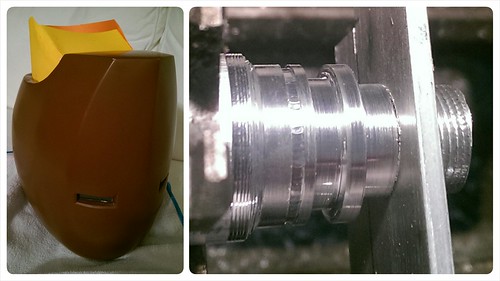 The clip still has some finishing work to do, but it's nearly done. I'm hiding the recharge port here where it's generally out of sight. 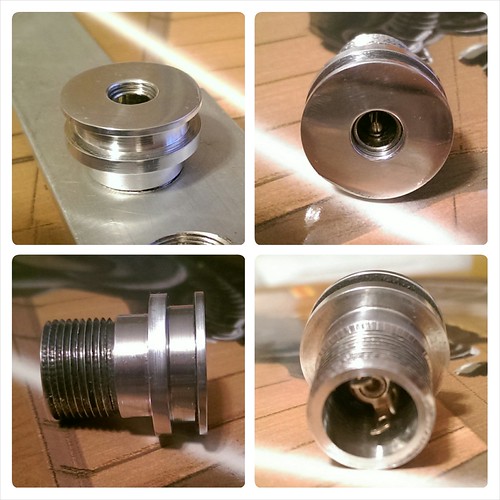 The first pull from the mold came out reasonably well, and my wife sketched on the artwork. The right side is mirrored in Photoshop and revealed a few tweaks that were needed. 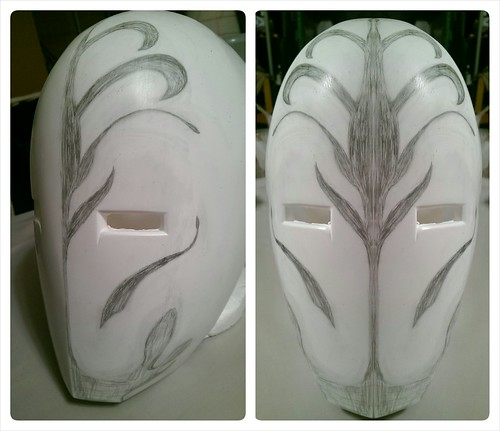 Last night I was back at work patterning out the hood. 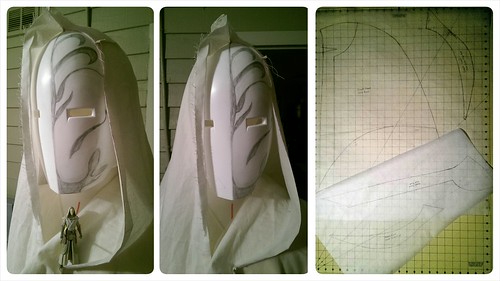 And, that's my progress so far. Lots still to do, and less than a month to finish, but I'm still very optimistic. Oh, and did I mention I'm doing one for my wife as well?

RPF PREMIUM MEMBER
That is really, really cool. Keep up the great work!

And he's giving me advice on mine! Hopefully at least 3 of us will strut around CVII together

This is great, I am going to have to find you at C7. I was just thinking how cool of a costume this would be last night.
X

What a beautiful mask. Its coming along great!

I've made some more progress. I got the hood patterned out a bit better and sewed the mockup. 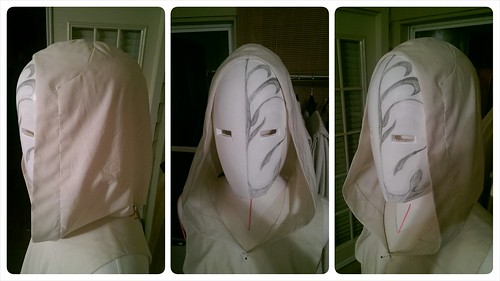 Last night I made all the adjustments to my upper body pieces, prepped the keys for molding, cast a second helmet, and started some paint testing. 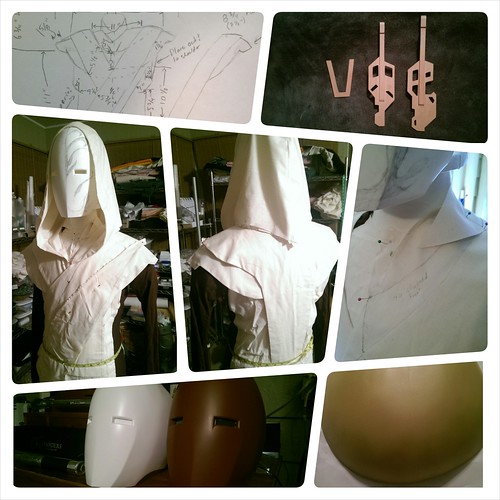 I was thinking what a great build you have there, then I clicked on your link! :facepalm What can I say works of art every one of them I'm so impressed with the scroll work. 100% awsome.

Looking good :thumbsup, any updates on this?
T

This is awesome! I've been looking for this costume ever since Clone Wars, can't wait to see how it turn out. I hope to make one myself soon but I'm not sure mine will be as good as yours

Hmm... I guess I forgot to update this thread. I got most of the costume complete for Celebration, though it still needs some work, most notably I need to finish the saber.

In progress shots of various components: 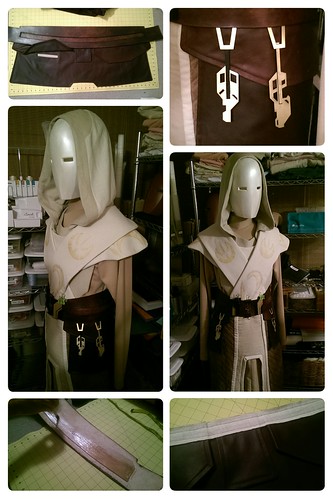 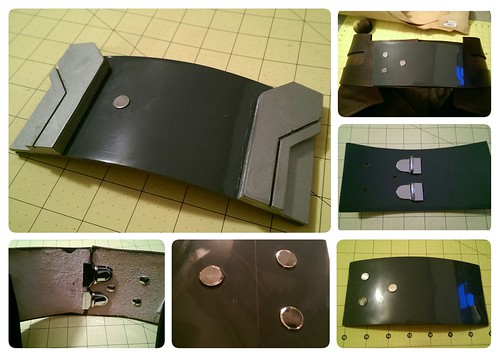 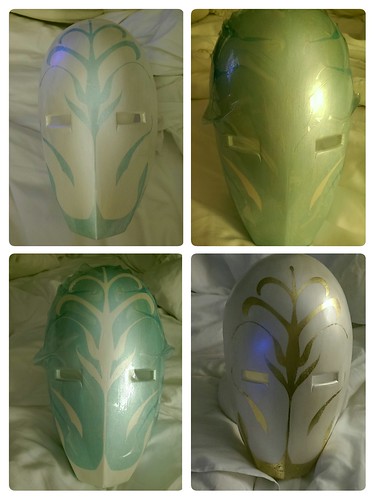 A couple of shots people sent me from CA: 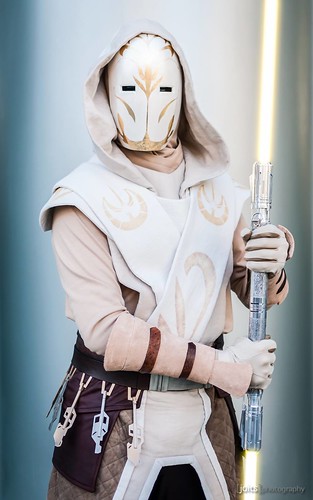 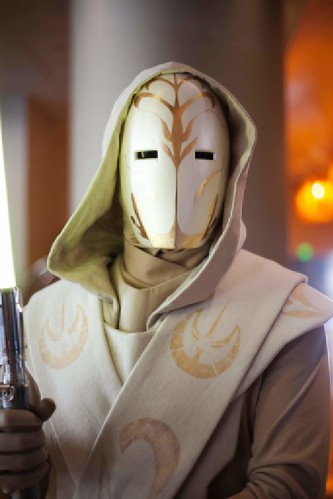 I still have some bits to finish up and need to get good pictures...

That is awesome. Nice job!

I'm sorry I know this thread is older but I was wondering if you'd be interested in making somwthing similar to this for me! I can pay you and I'm just looking for more of the cloak part, I already have the tunic
I could email an exact picture if you email me at dustonkyleftr11@gmail.com Thank you and hope to hear from you soon.
BTW your guard looks freaking awesome
P

I wondering if I could in get something like this made for me or the pattern? my email is ptpage@yahoo.com