Story:
This Predator wears very little armor due to its level of stealth. It hunts at night and masters anything bladed. Unlike most hunters, it does not take skull trophies but rather horns, tusks, or other appendages. The origins of this custom are unknown. It hunts not for trophies or for food but rather for the sake of causing pain. Its aliases are The Tusk Taker, The Dark Pain, and The Devil of Horns. 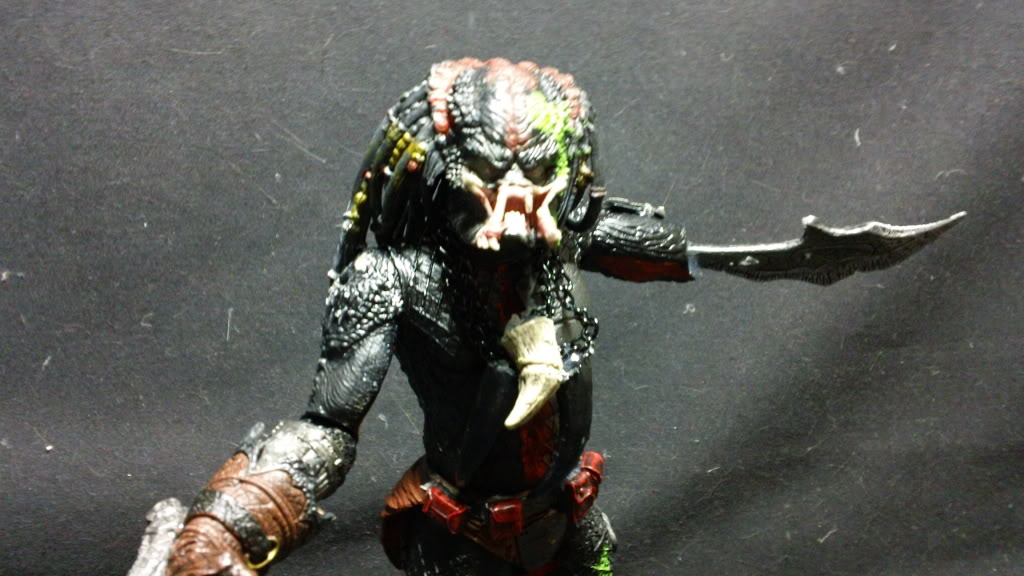 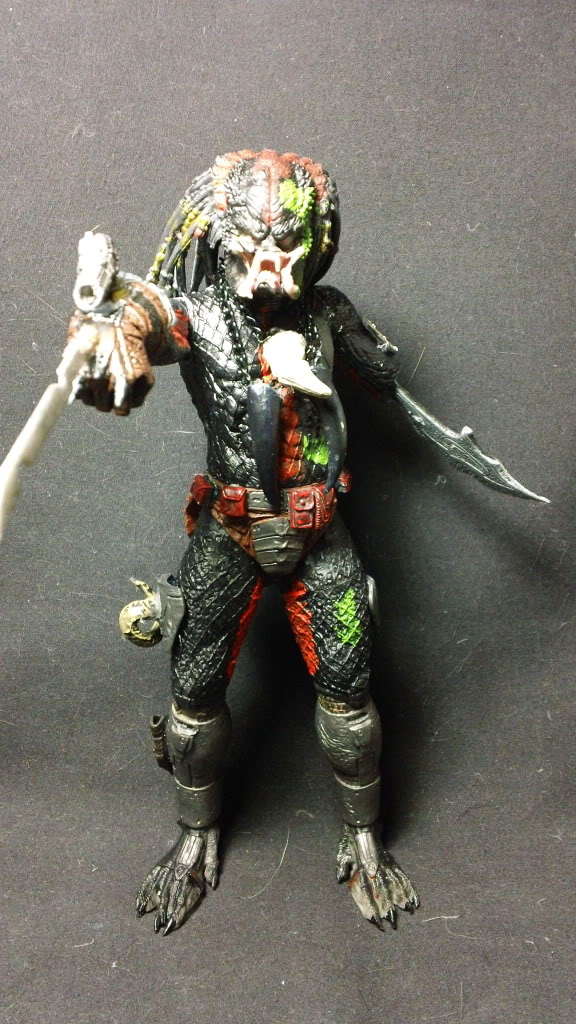 I kinda went berserk (get it) with the paint 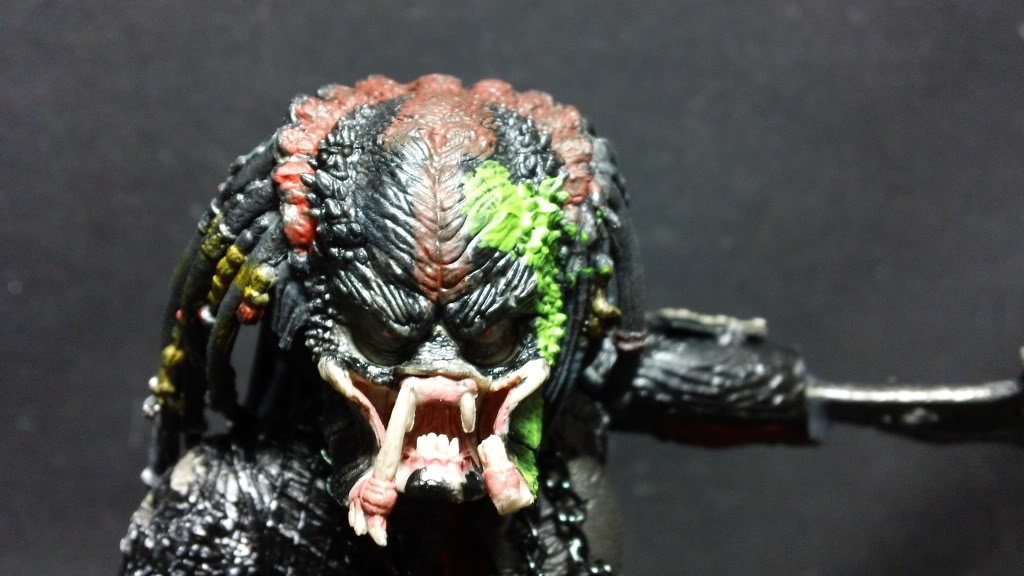 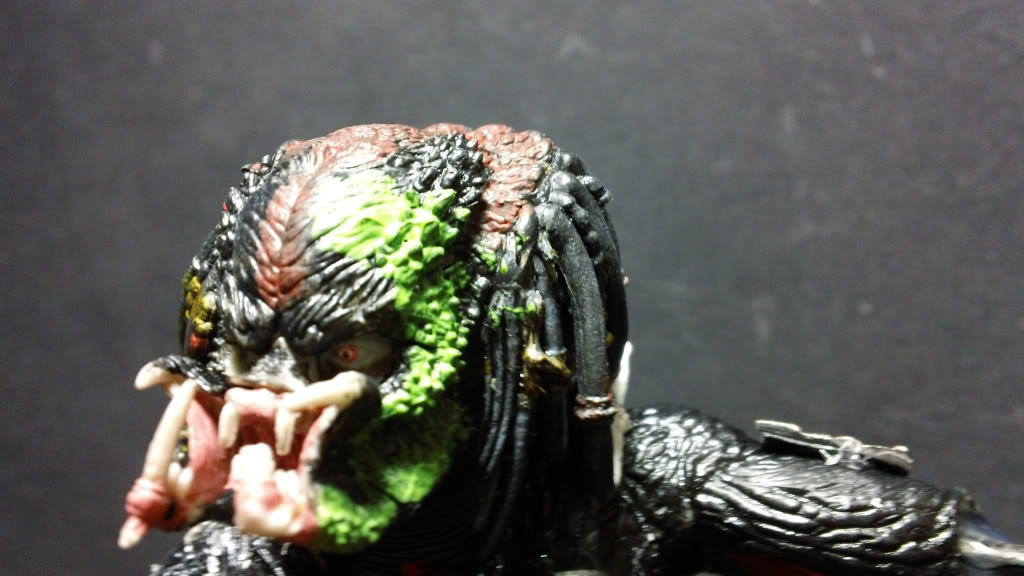 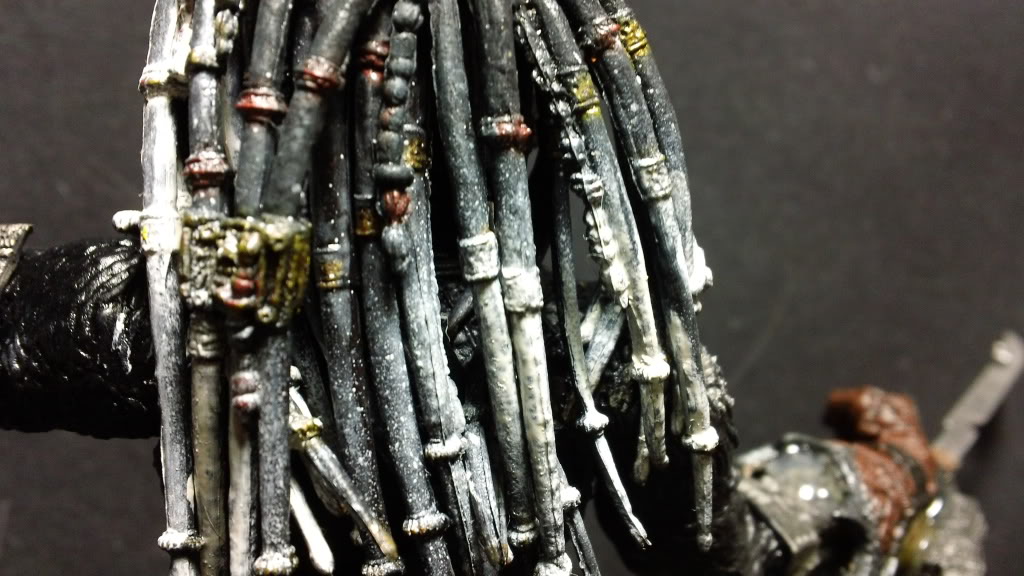 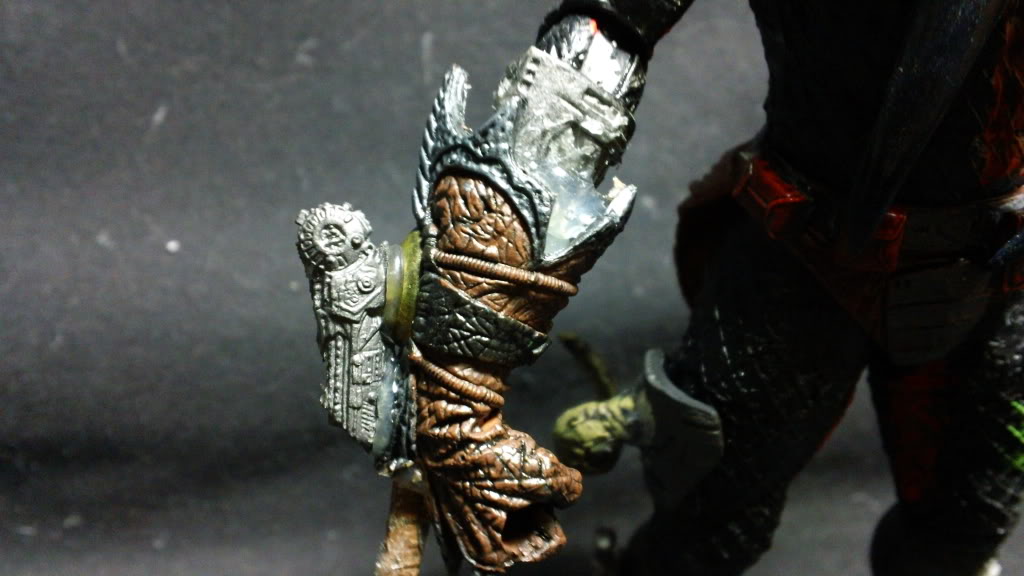 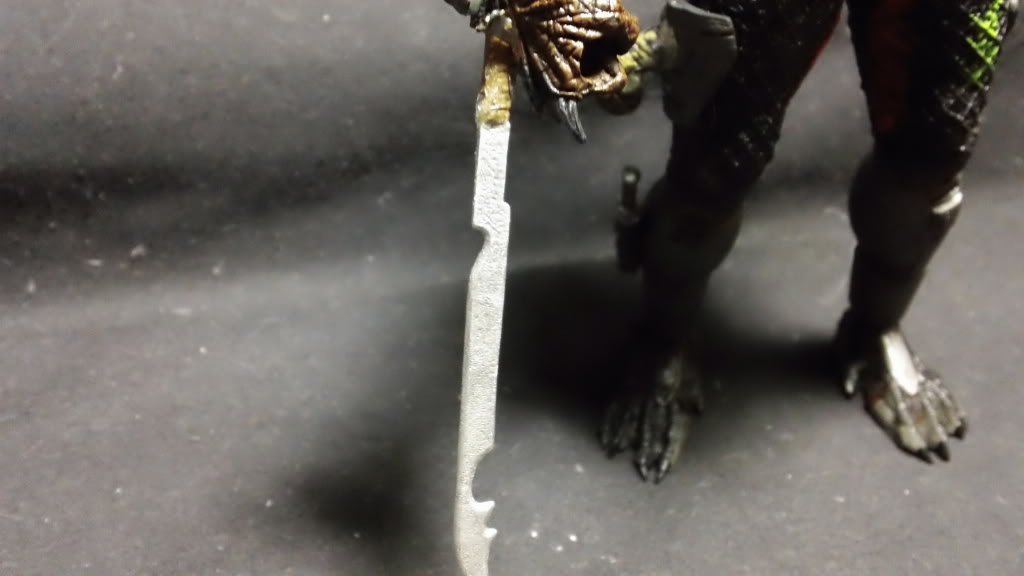 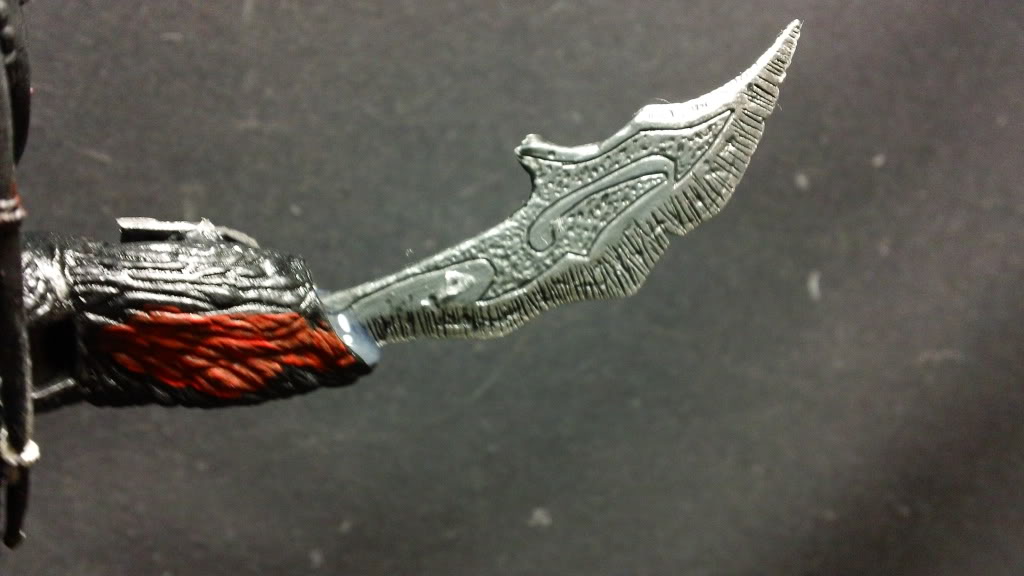 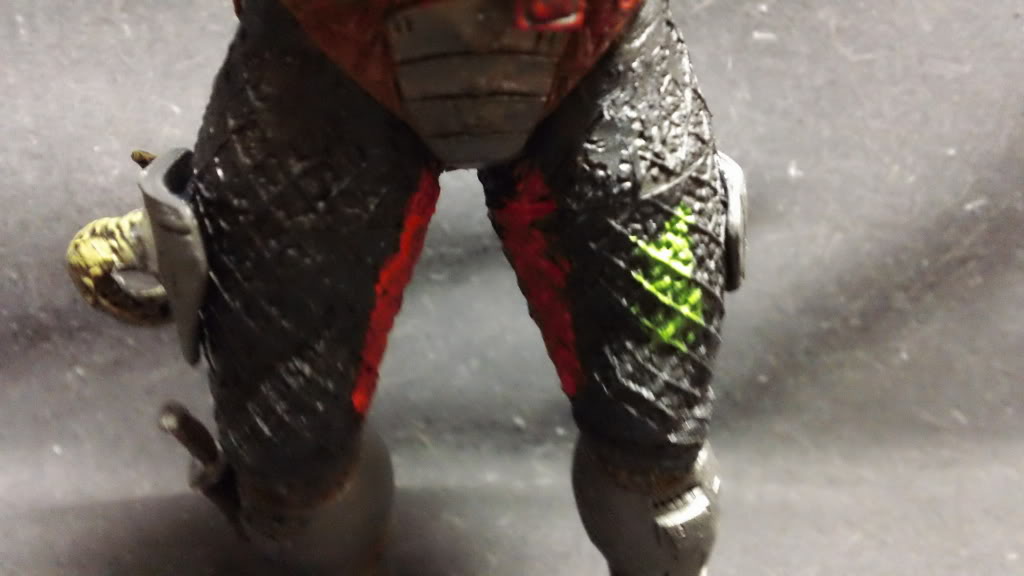 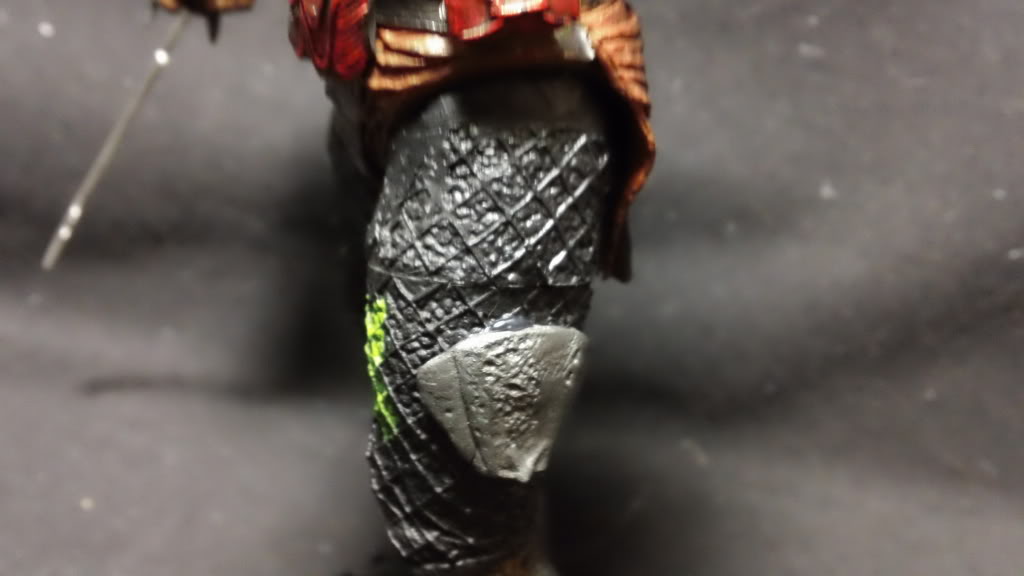 Opposite leg has a horned clip for hanging accessories 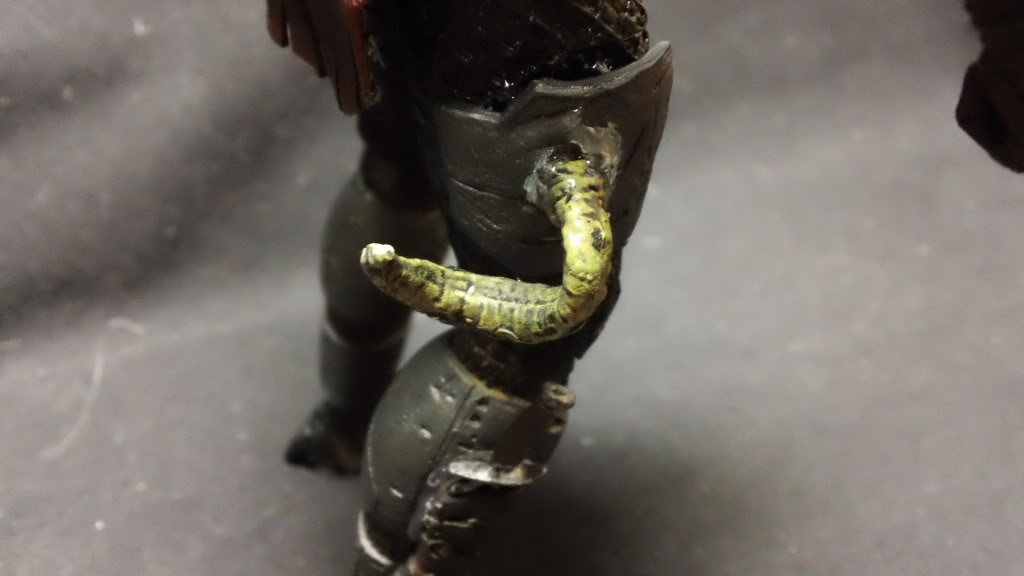 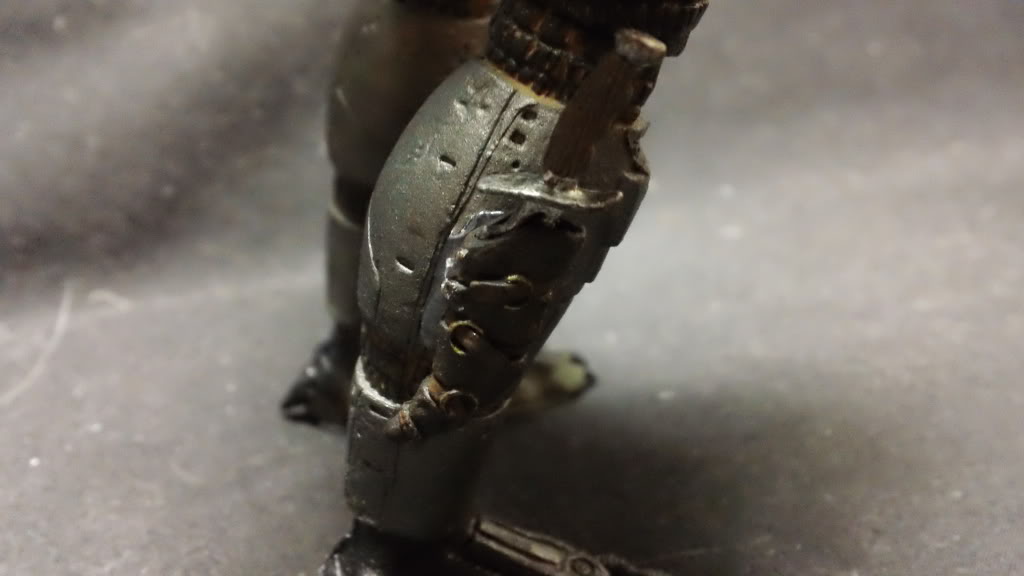 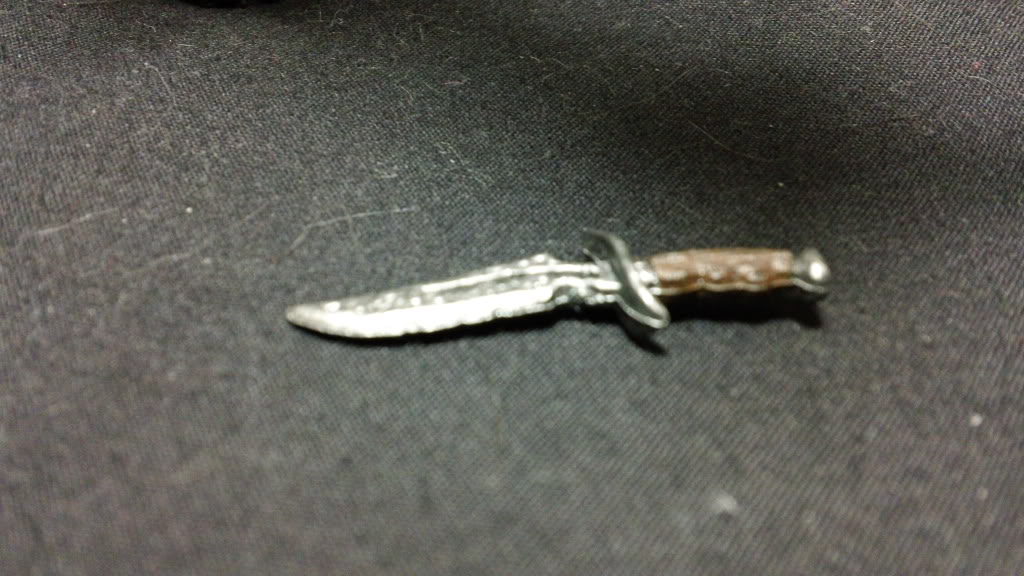 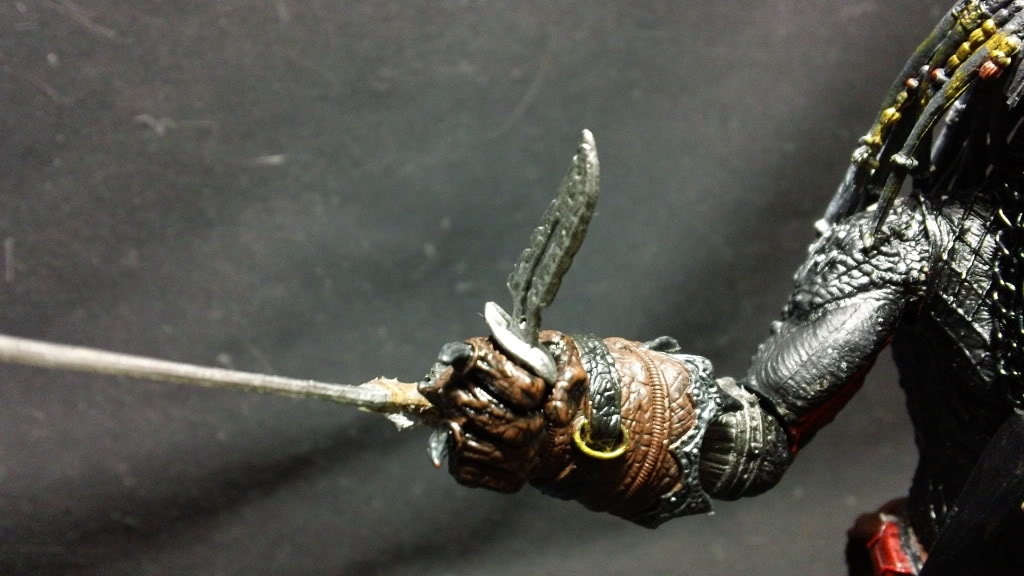 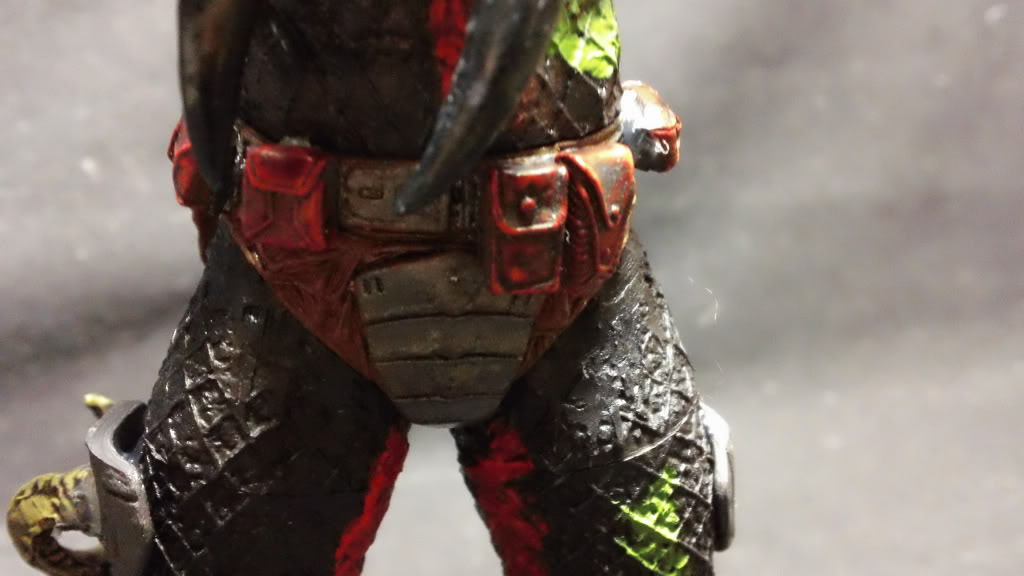 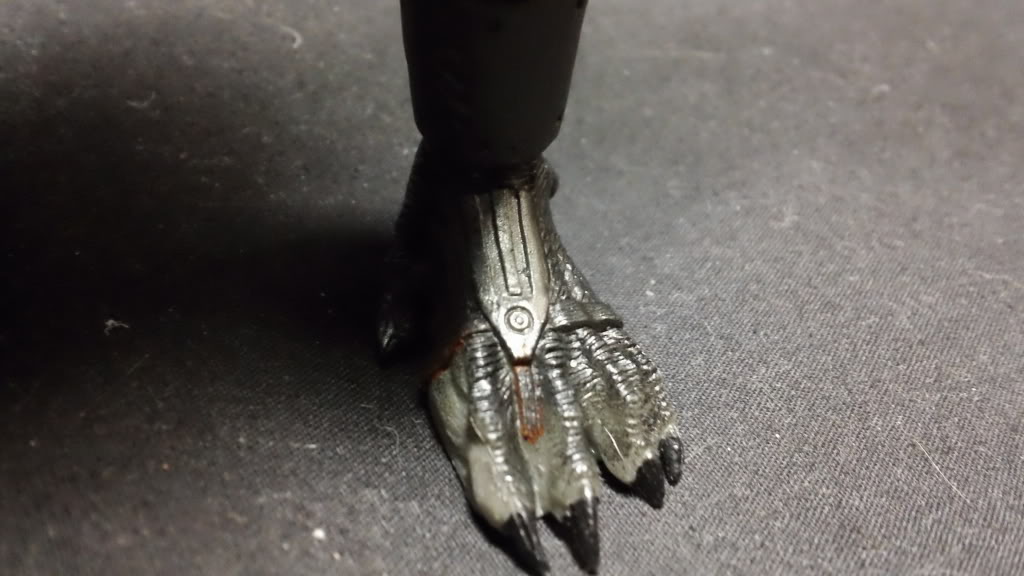 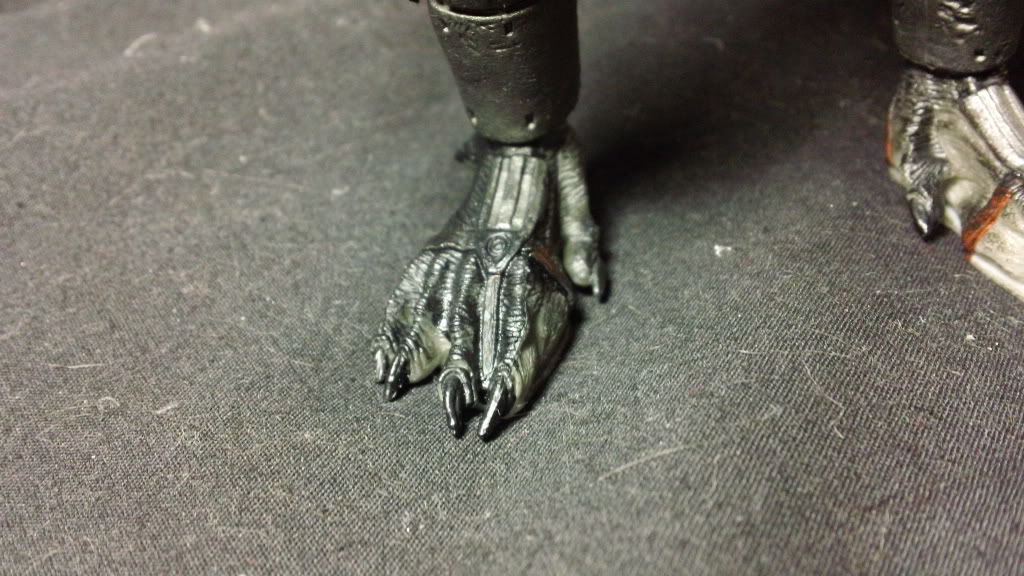 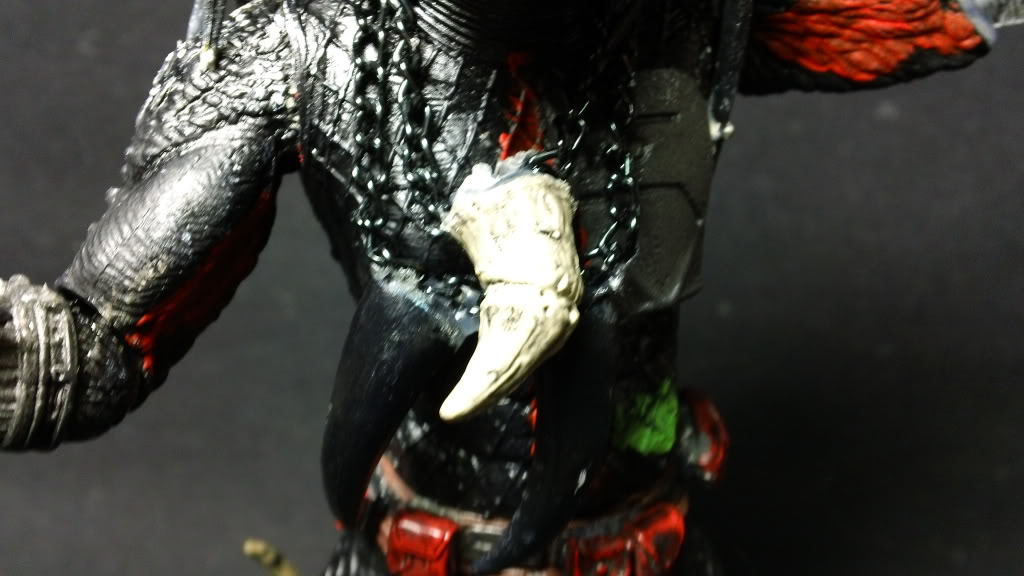 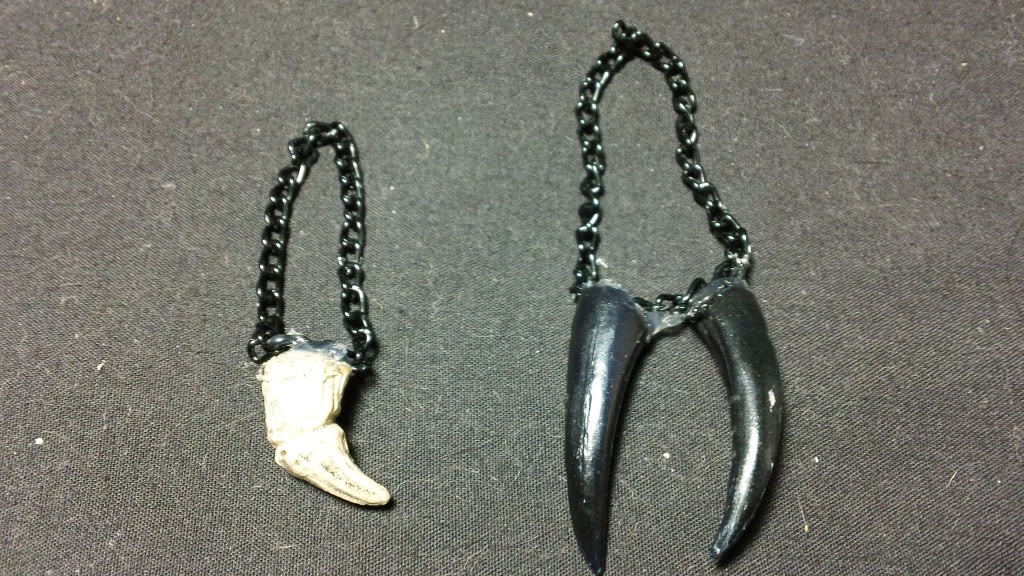 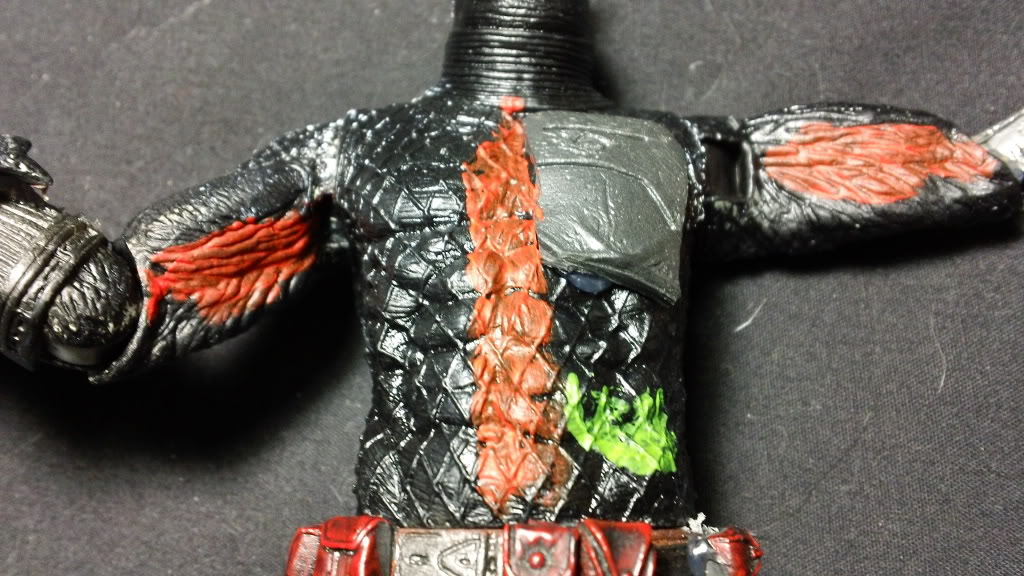