Anyone familiar with this die cast model from Japan?

Im considering biting the bullet and purchasing one off eBay but I am confused on what I am seeing for sale. There is talk of a "first edition" that includes some extra figures and a NASA van but my main point of confusion is the color of the external fuel tank?

The more expensive offering seem to have the correct orange color tank but I am seeing a more reasonably priced version (if you can call triple the original price reasonable!) that seems to have a yellow tank?

I cant find any info online that talk about different editions or why there was a color change? The yellow tank version just looks odd.

Thanks if anyone could shed some light on what's available.

First off, be careful of scams. Last year I thought I was getting a good deal on a Die-Cast space shuttle, (there was pictures and video of it. Well, when it finally came, like 2 months or more later, it was a paper model.

As for colors. Originally NASA painted the tank white, but after a few launches, they stopped an kept the orange/redish color.
Check out Google for more info on that.
But mainly, just watch those scammers.
P

I have both the Space Shuttle and the Apollo 11 Saturn V. There was only one edition of the Endeavour model ever released and it included the minifigures and the NASA van. I would ask the seller to send you better pictures if it's looking yellowish in the pictures, as there was definitely no other edition released with a different color tank.

Bandai did release three editions of the Saturn V though. Two were Apollo 11, and one for Apollo 13.

If you want to send me a picture, I can take a look. It's one of my favorite models I own and I highly recommend it, though prices are crazy now.

As an aside; in real life the white external tank was only ever flown on Columbia, and only on the first two flights ever. The orange color is the natural color of the unpainted tank.

Here is an example photo off of a current Ebay auction. the color is so far off from the expected orange that I cant imagine its just a photography issue? Strangely, most of the auctions that have the odd yellow looking external tanks seem to all be in the same price range and the photos are suspiciously similar but from different sellers. I did as much research as I could and can't find any talk of a gray market/recast for this item. Ebay sellers do seem to indicate a "first edition" that includes the transfer van and tiny figures. Ive read that it was released again later without these items but again, I can find zero discussion on a color change?

Your correct that the price for these are outrageous. Would love to have it and the Apollo 11 in my collection though!

Thanks for any info! 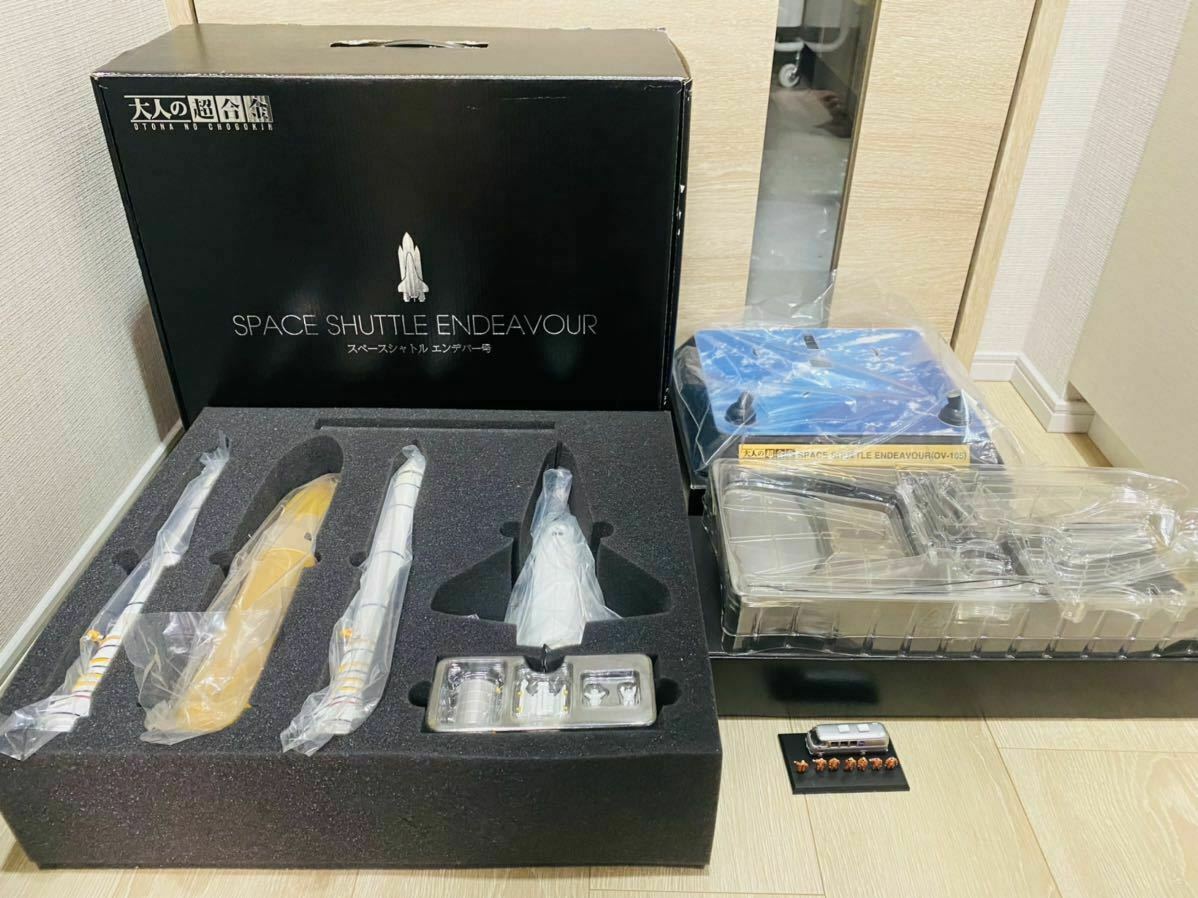 That looks legitimate to me, though the one in the picture is clearly used. The plaque wouldn't already mounted on the display stand if it were new. Also, the van and astronauts should have their own little packets. Also the box is scuffed up.

The weird color of the tank looks to be because the photo is a little blown out as the orange rings around the SRBs are also a little too bright in the picture.

I don't really remember if it was released without the van and figures later, but if it was, they definitely didn't change anything else.
P

Space Above and beyond (TV show)

L
Go Hero figures from 2001 Space Odyssey - anyone else order one?