RPF PREMIUM MEMBER
A lot of interesting research went into this ring's recreation and I wanted to put it in a more cohesive format and permanent place than sprinkled through the interest thread. 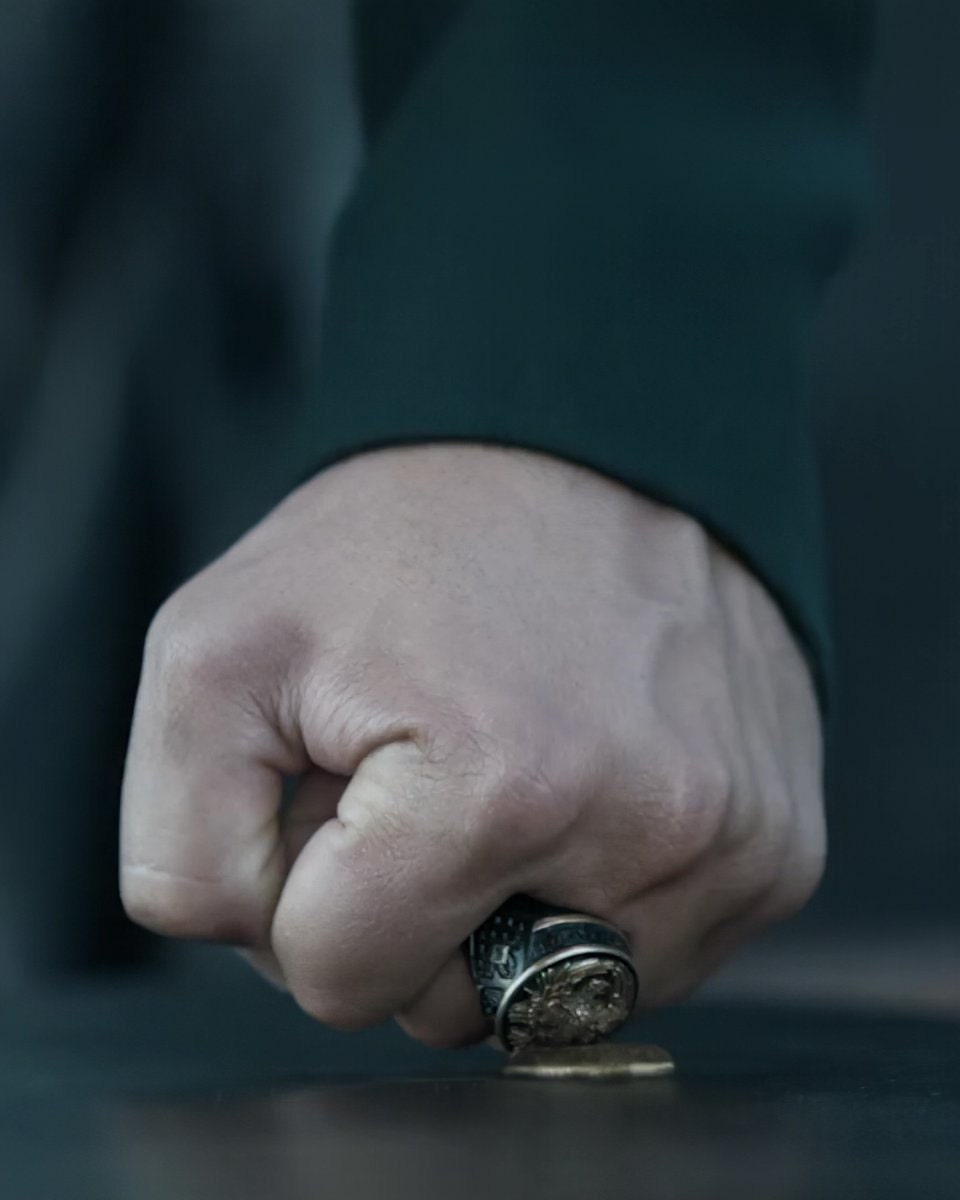 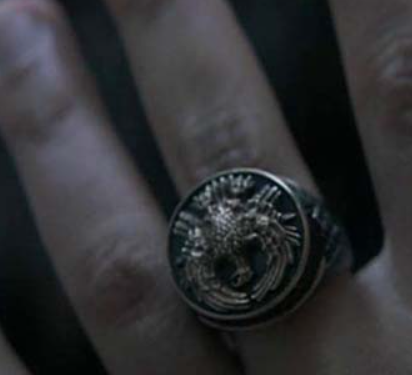 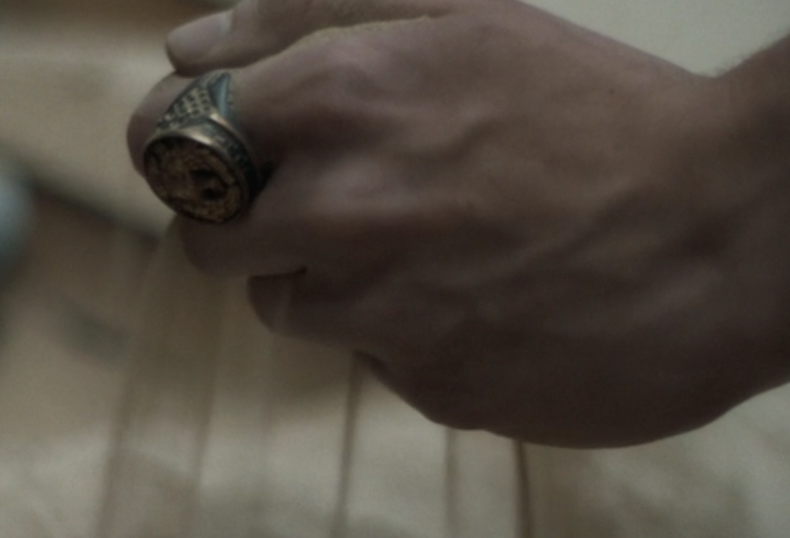 These four images are the best reference we have. Two are from the film, one is the art and soul of dune art book, and the last is from the legendary crowdfunding campaign.

The key details are the diamond pattern on the sides, the text around the recessed area, and of course the bird on top.

Here are some of the sketches I made working on the side details.

From this article on an interview with the original prop's creator, we learned about the emeralds on the sides.

"The ring features the Atreides coat of arms with a falcon on the top. Engraved on the sides are several details including the phrase “Here I am, here I remain” in the language of Atreides people, which looks similar to the lyrical style of Arabic."
Click to expand...

"Here I am, here I remain" so in actual arabic that's

but as it turns out that's not actually what appears on the prop.

in the art book we see some of the letters wrapped around the ring. Juding by the spacing, 8 letters fit around each half, and we found this stone that has the same first two and last two letters of an 8-letter word. That word translates to a phonetic spelling of Atreides, so that was a pretty good giveaway that that's what it said.

This "rosetta stone" image let us translate the text found on screen which helped confirm our findings.

The bird was sculpted in a separate mesh-based CAD program and I joined them with my autocad model.

We were able to confirm the emeralds in this picture.

The legendary picture showed us what we had assumed about the symbols but couldn't confirm up until this point. It did however show some slight differences on one of the sides, which we anticipated. Some of the letters were swapped and flipped, and we're assuming that was the original prop maker making a change so as to match the instructions she was given, to make it say "here I am" on one side, and "here I remain," on the other, where most of the letters are the same but some are different.

I went with the symbols that spell out Atreides phonetically on one side, and then matched what we see in the legendary image on the other side. 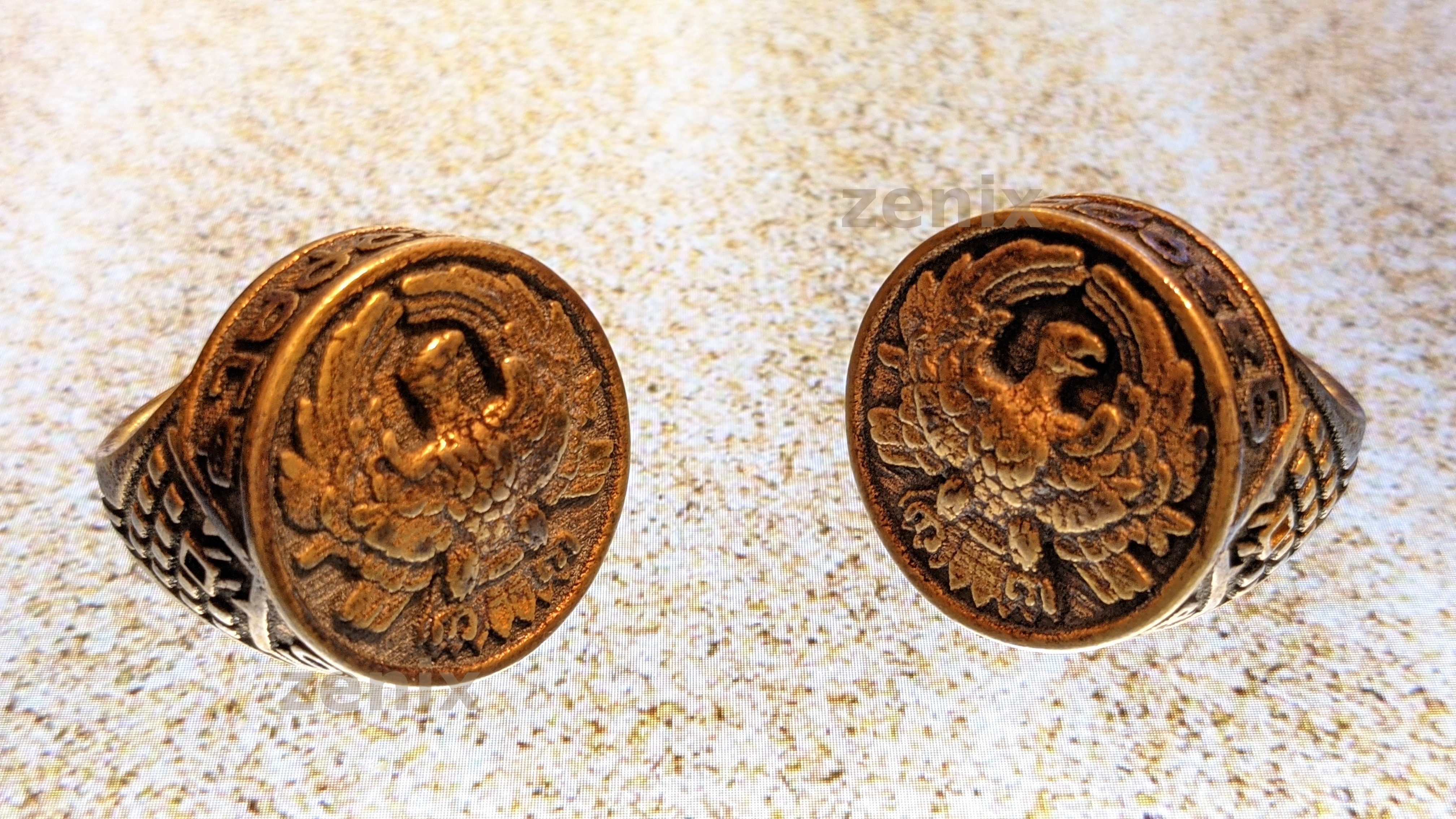 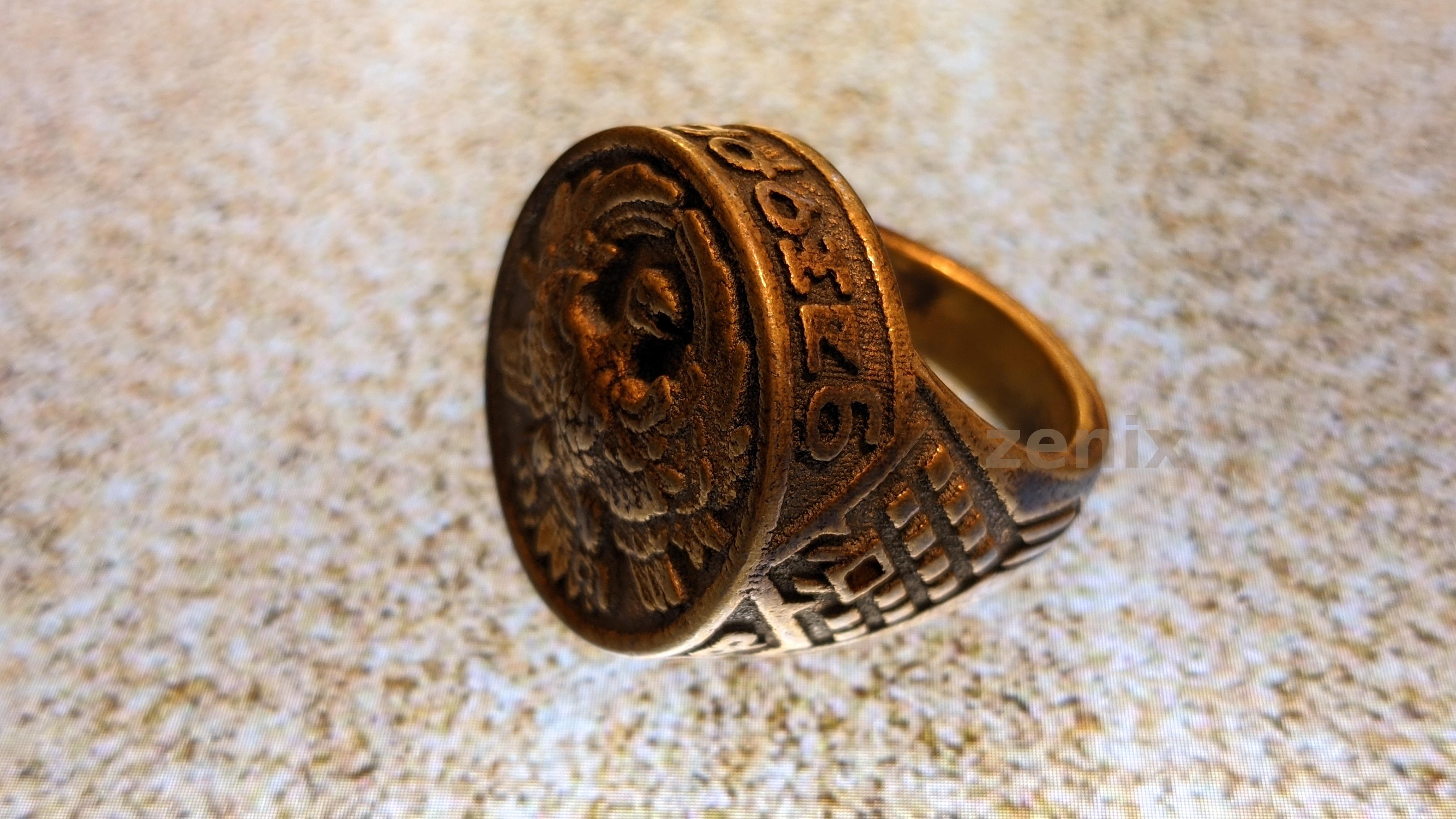 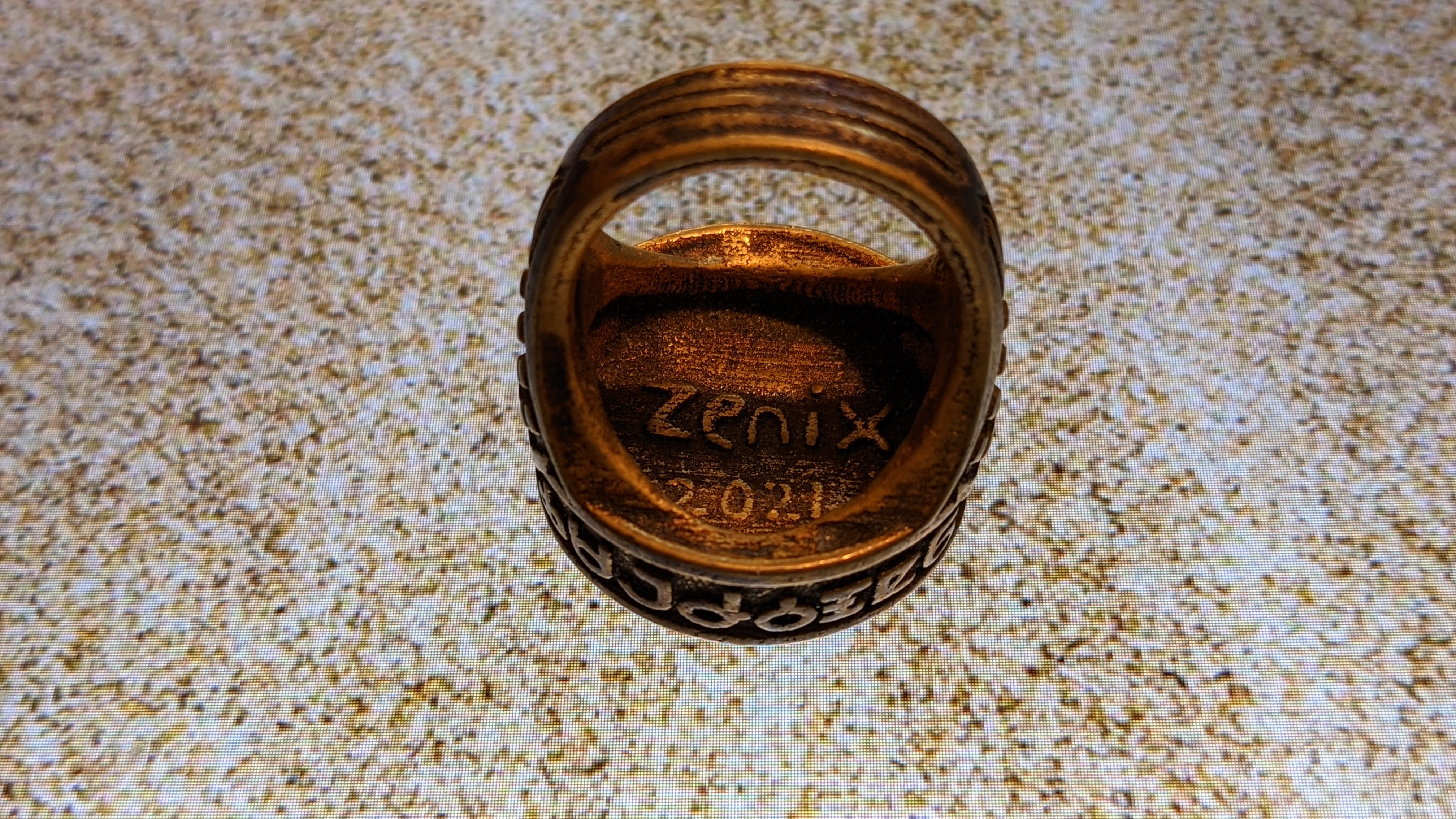 RPF PREMIUM MEMBER
Excellent work!! The production design is so good in that movie!

Thanks for your help! 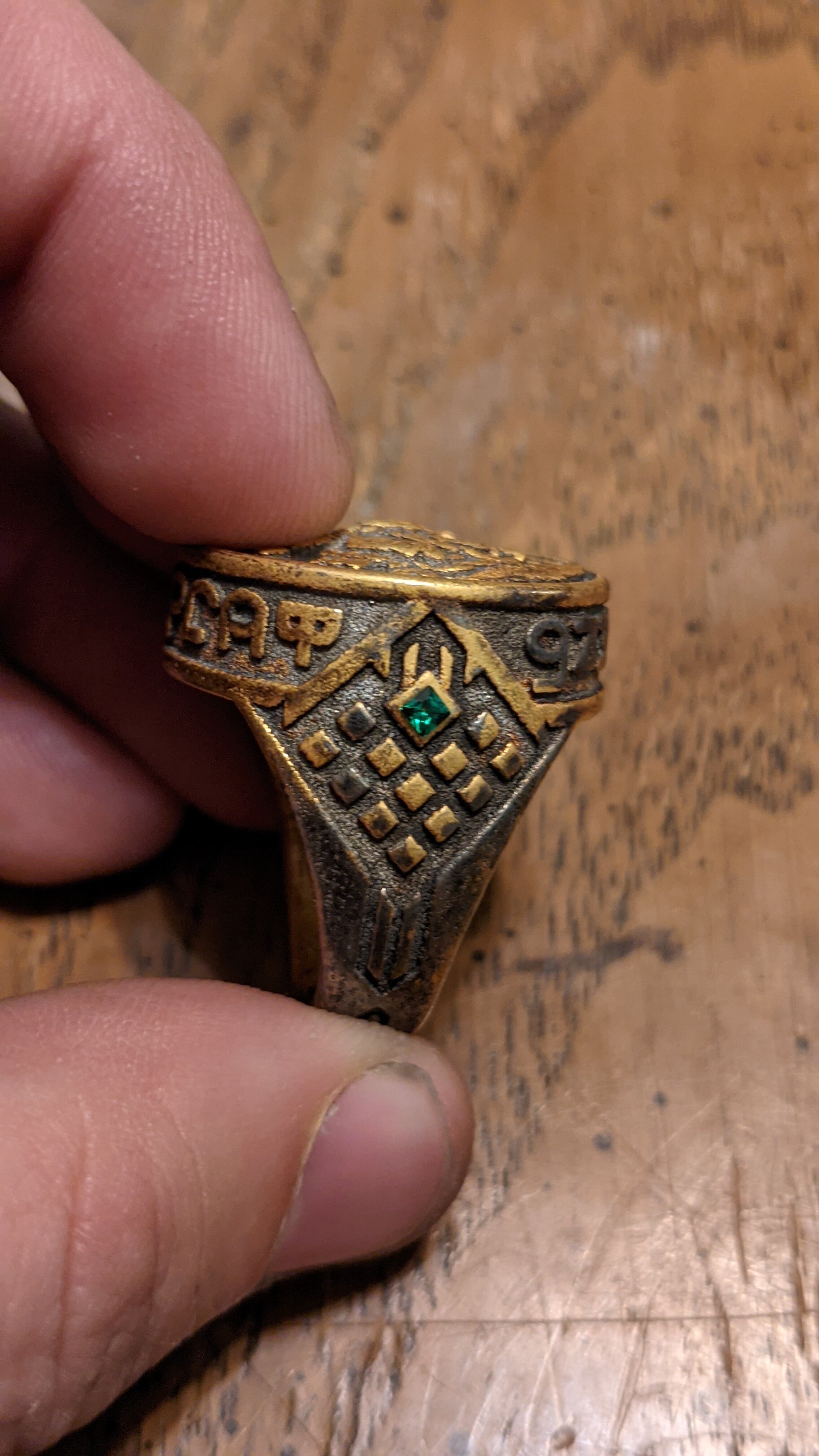 above, prototype with green CZ balanced in place. I'll need to try to manually widen the hole for the prototype to get the gem to sit properly. I corrected the cad model before the prototype arrived, so this is fixed for the production model already, but not the prototype.

Looks great.Do you wanna make a run of these Rings?

Kroenen77 said:
Looks great.Do you wanna make a run of these Rings?
Click to expand...