I wore my predator outfit during the freakers ball last night. It was a lot of fun and a good experience for me. I had my suit on for about 5 hours. Overall not bad. the worst thing about wearing the suit was I couldnt sit since tables were reserved. I signed up for the costume contest really early (8PM, the doors opened at 7:30PM). I later found out that they wouldnt let me compete come midnight. I was really disappointed. They didn't give me an explanation, they just wouldnt let me go up on stage.

The good news is, I did recruit some folks from the party to the website. Keep an eye open for new people from omaha, NE or the Iowa area that may create handles in the next couple of days.


I will post pictures of the other costumes that i saw and me. Pacman and Ms Pacman were huge, it was funny to see them try to dance when they were just kinda bobbing up and down on the dance floor. Harley from Batman won sexiest costume. I also saw God of War, Master Chief from Halo, Captain Spaulding from House of a 1000 couples, Beetlejuice, teenwolf, Jackass old couple, and a few others. The pics will be very heavy. I will edit their size to keep the load time down.

WTF, you too? Geeze I hope we don't have to start and "Anti-Predator Defamation League" to deal with the ongoing slight towards visible Predator costume maker minorities, LOL!

such a strange thing to happen man. Sorry to hear about it.

here are some of the others costumes at the event.

mr and ms pacman on the dance floor

The grinch that stole xmas 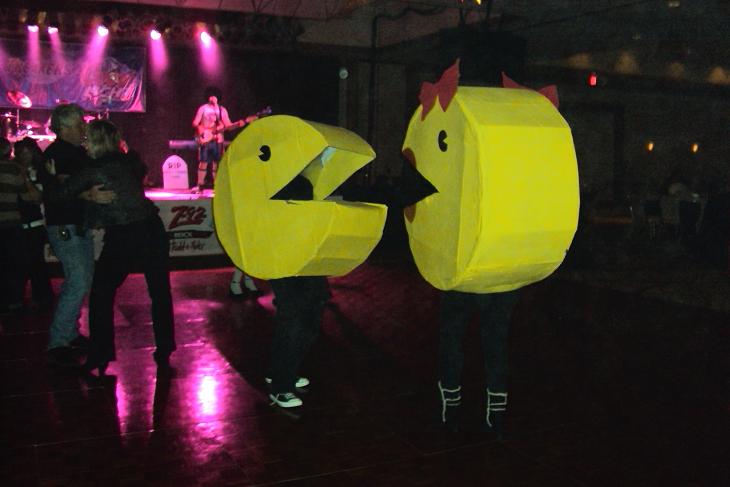 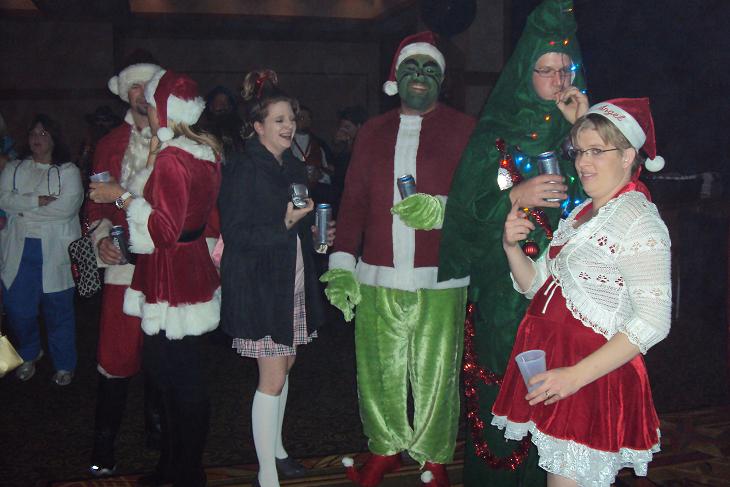 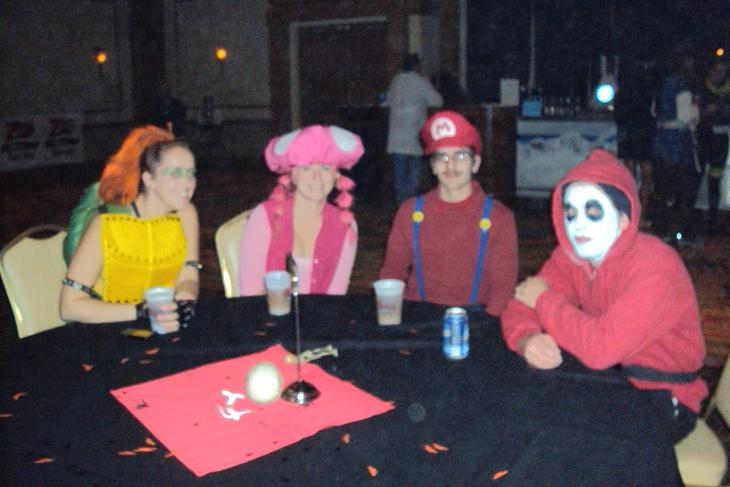 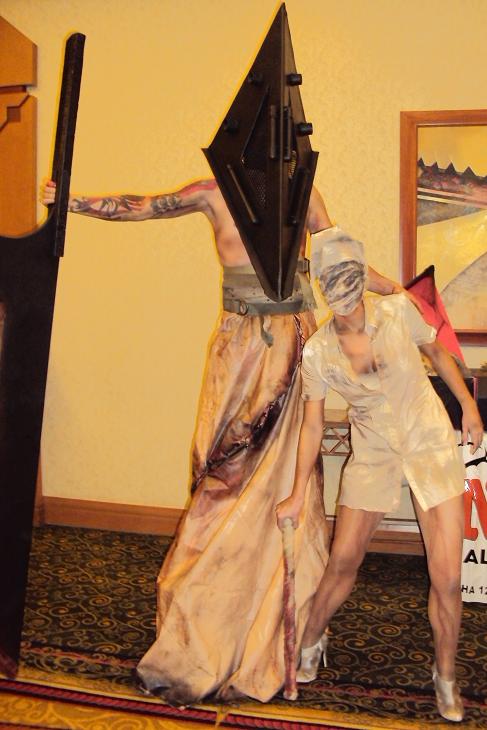 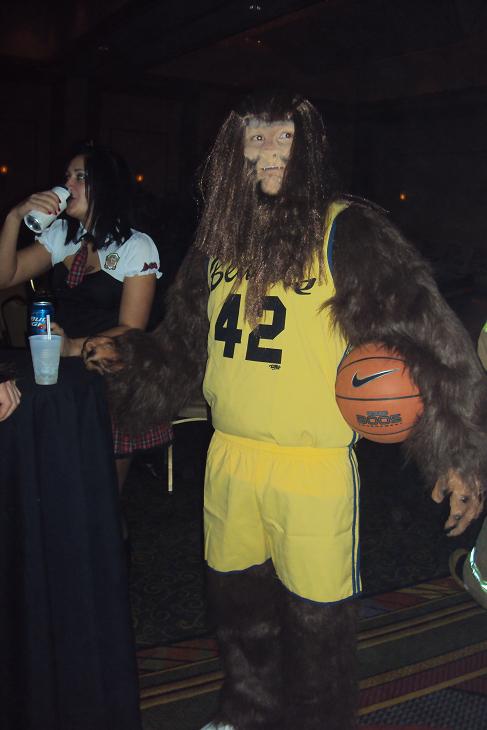 beetlejuice almost getting into a fight with some guy almost twice his size. Which is why you should remember not to touch people you dont know.

Where's Waldo on the jon. 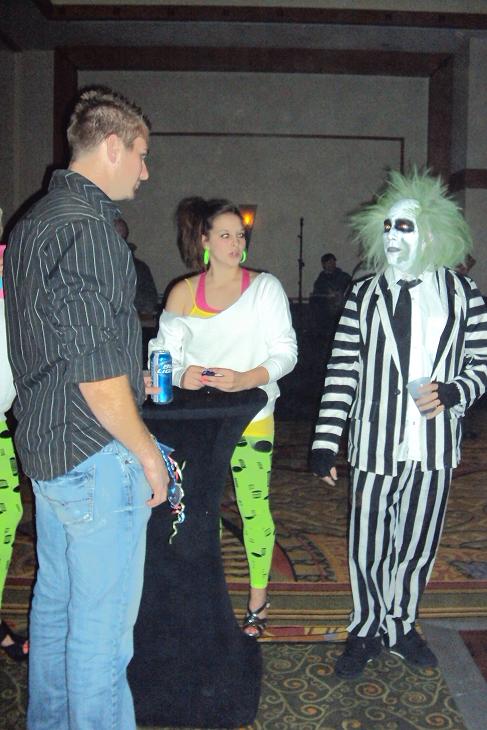 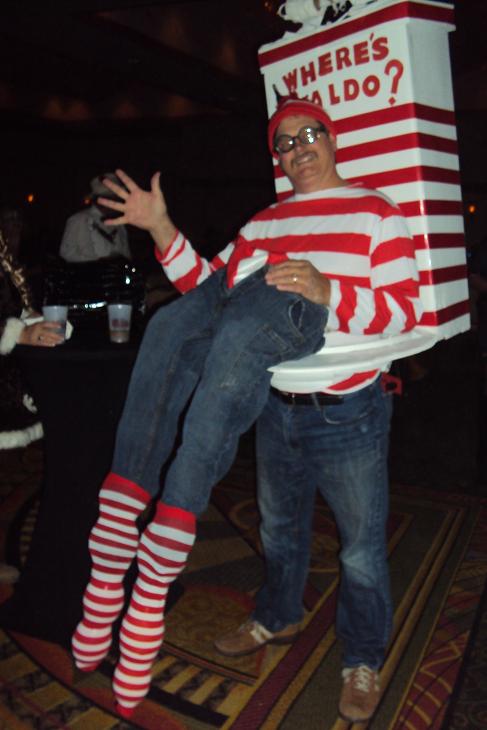 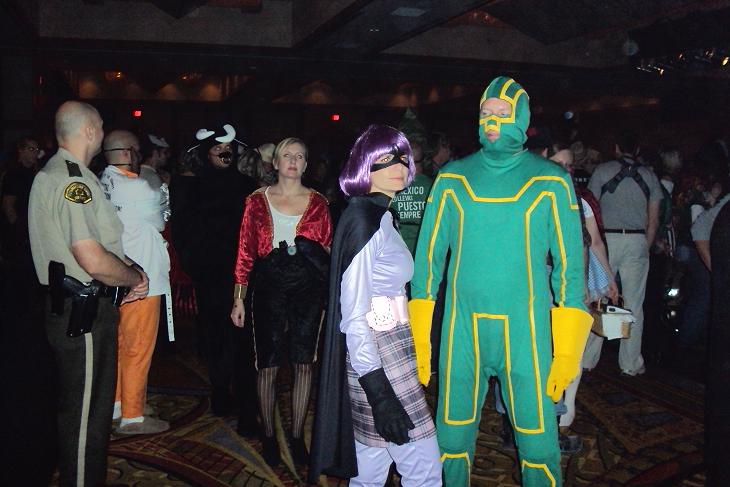 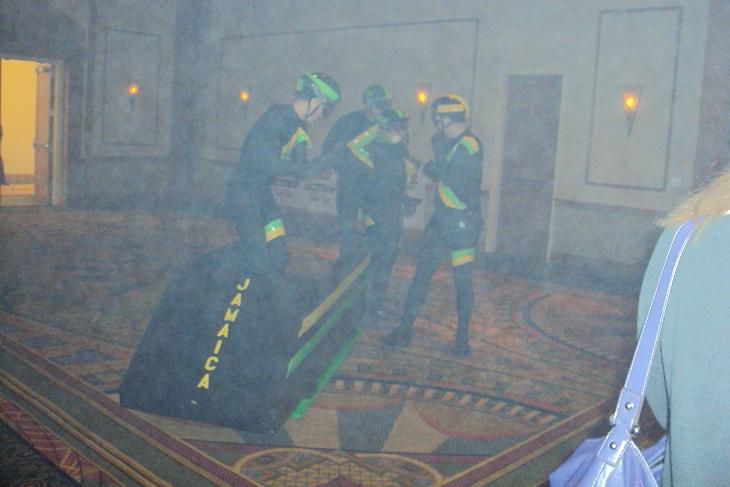 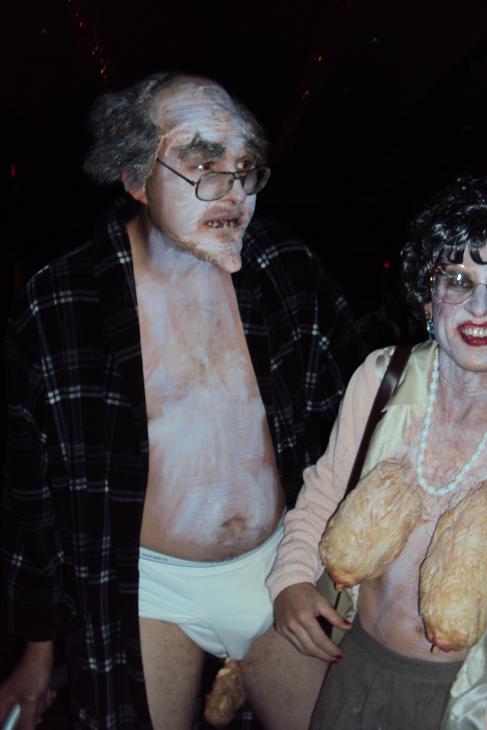 these are pictures of characters I took with.

beetlejuice after he got away from the big guy. 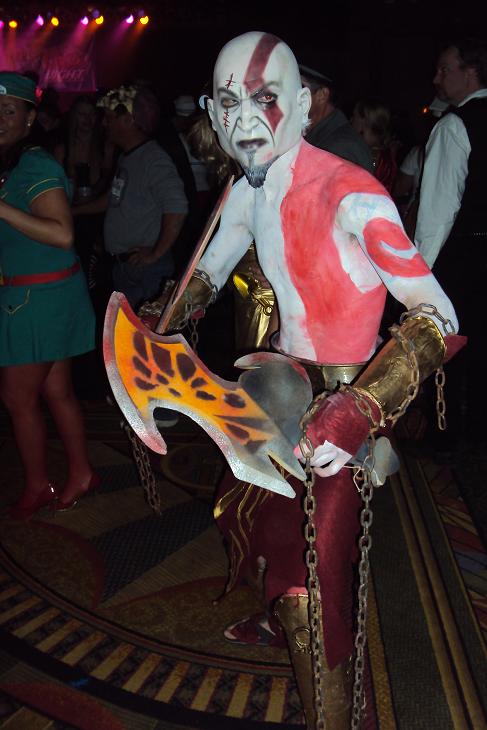 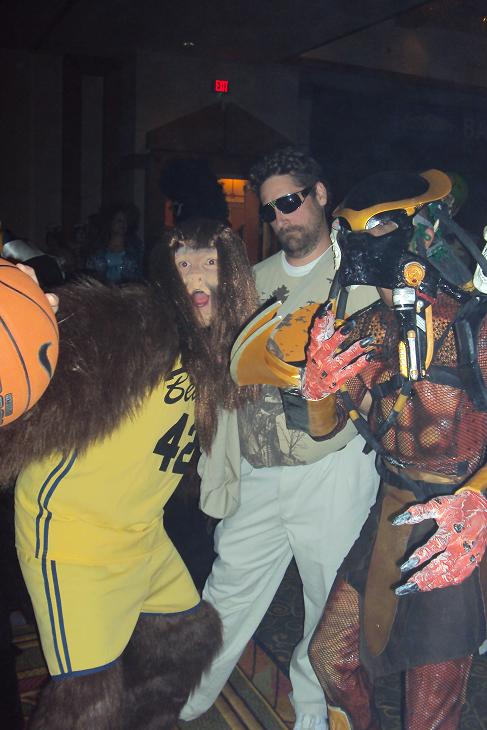 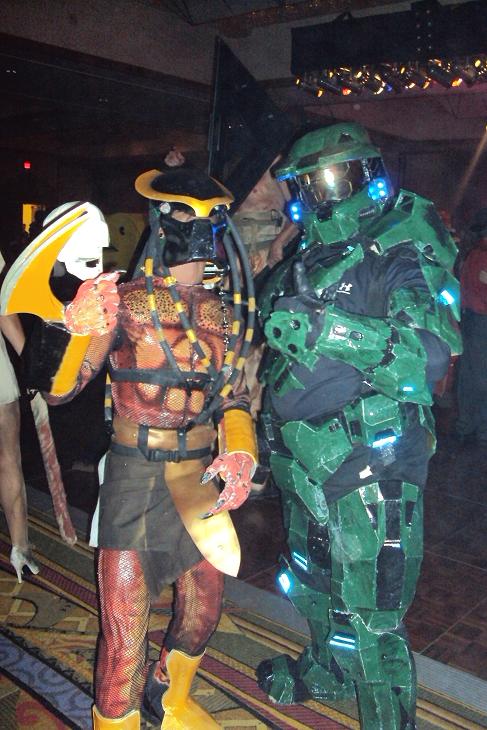 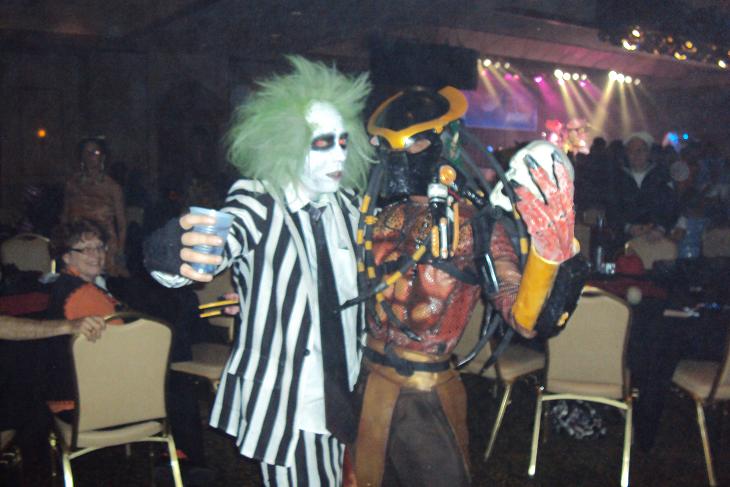 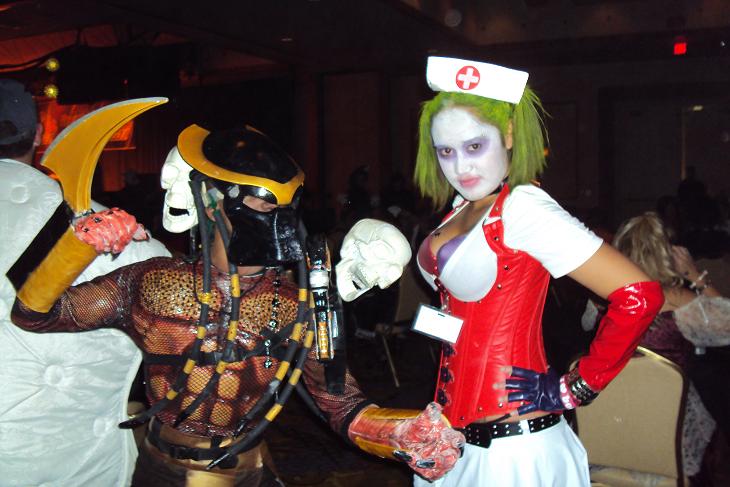 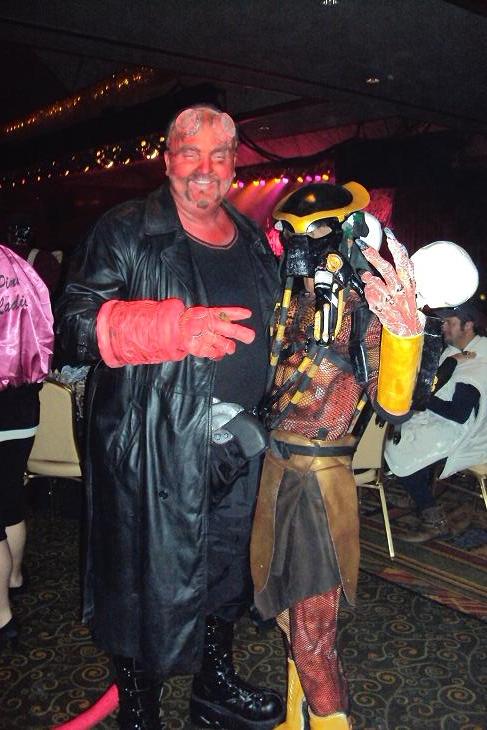 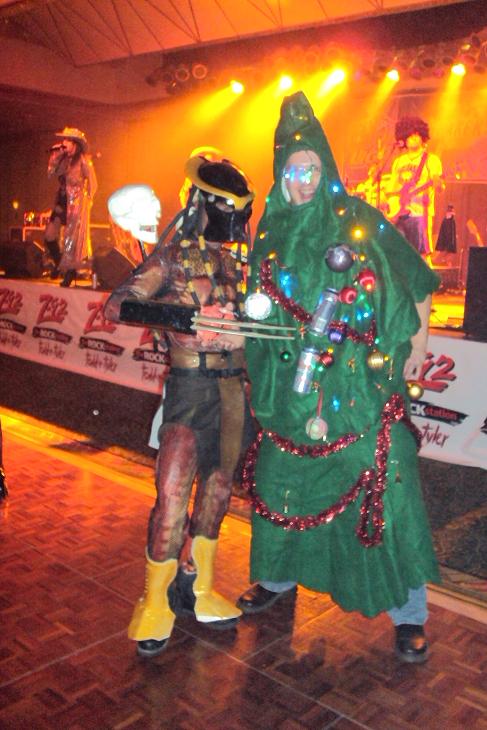 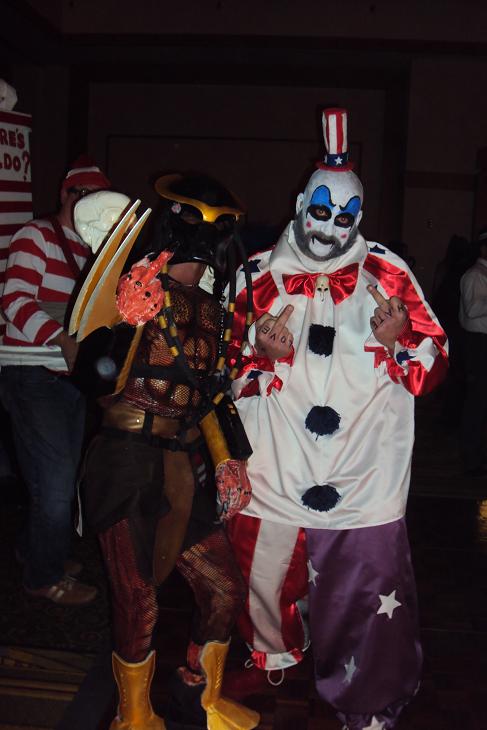 and finally this is me on the dance floor, activating my gauntlet bomb and destroying the party after they told me I couldnt compete in the contest....

i had a lot of issues with my caster mount. I used a brace over my shoulder but it wasn't very secure to the straps. It would fall over when someone would bump into me or if I made sudden movements. :S 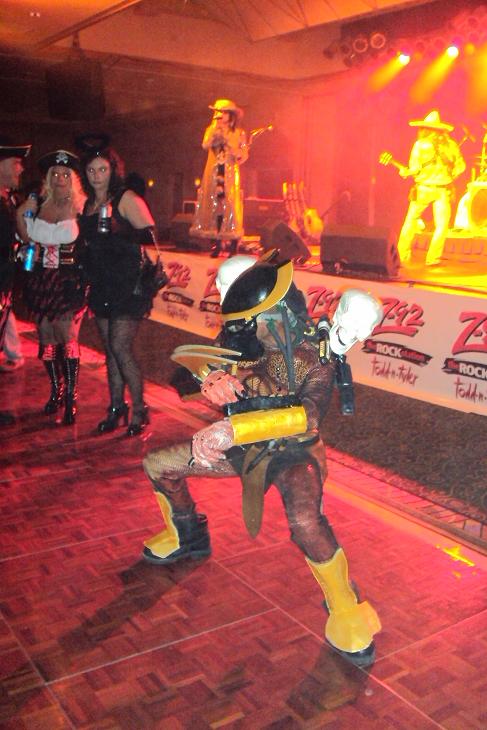 Looks like you had a great time...but that god of war really needs to hit he gym

Cool pics. The Silent Hill couple look like the same couple that I've seen at the Toronto Fan Expo

I love how the "Jamaican" Bob Sled team is all white!! hahaha