Soon I'll be posting some photos and results of my contests from last weekend in Vegas.

At 4am on Thursday, 10/30, we drove nine hours to Las Vegas where we stayed at Monte Carlo. That night, I won the $5,000 top prize at Tryst nightclub at Wynn, and 3rd place at Moon nightclub at The Palms the following night. The first night, I won and the Hulk got 3rd (the Tin Man got 2nd). The second night, we both happened to show up at the same club and our places switched – he got 1st, some dorky robot guy on a Segway got 2nd (WTF?!), and I got 3rd. 4th and 5th were two Preds, male and female. I don't know who they were, but they looked great! The Hulk costume was really good and really massive, so I didn’t mind losing to him. But I have no idea where the dorky robot came from, which is probably the same way the Hulk felt about losing to me and the Tin Man the night before. I think I would've done better if it hadn't been so packed and I actually had some room to hit a few poses, extend my spear, or use my wrist blades without fear of poking someone's eyes out. My 3rd place victory on Friday night at Moon got me $500 cash, plus a VIP table and bottle service for ten people at Moon (supposedly worth somewhere between $1,000-2,000, depending on the date you use it). It was a great weekend. Here are some of the photos: 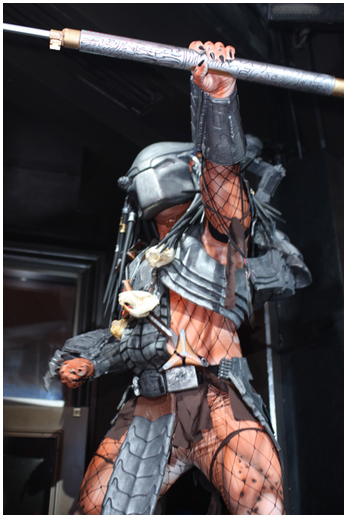 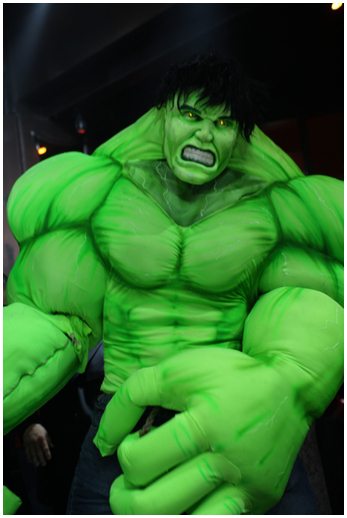 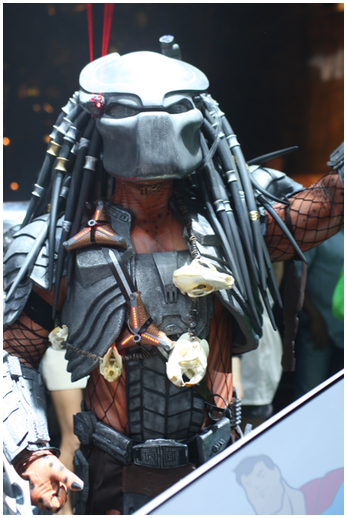 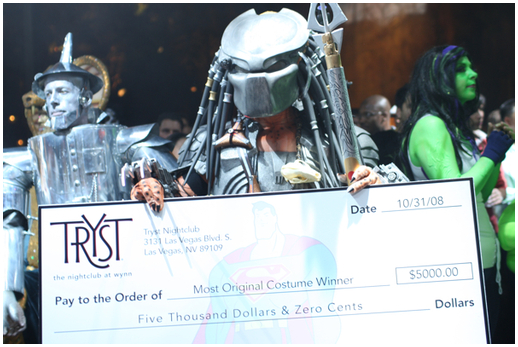 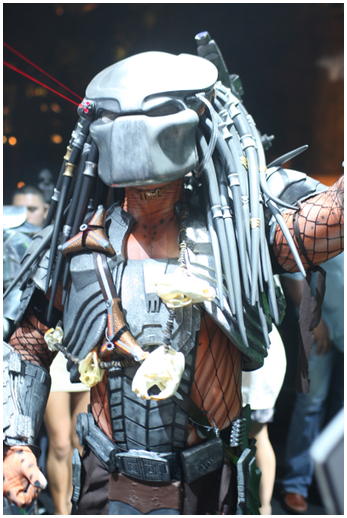 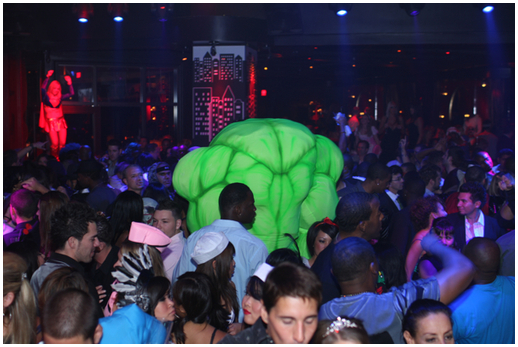 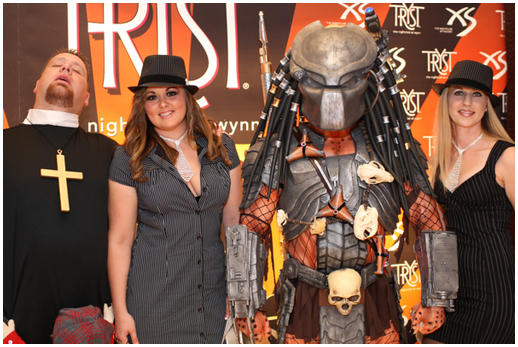 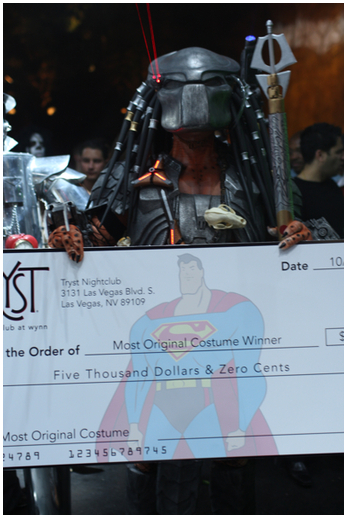 No, my friend... Predator rocks! People love it, and that's why I did well.

Mega kudos to you, Preds RULE from North to South, East to West!!!!

I love the video, Predator RULES!

that spear is awesome, is there a topic in the Arsenal section?

Same goes for those wristblades

UNREAL ...that is awesome ..good for you bro.


...funny a predator costumer asking this one but, how did the Hulk see out of his suit?

that hulk is massive, gratz on your prizes but omfg that is one mighty suit

Nice bro,we took second place at Monster bash (no prize) to some guy dressed in the neon green BORAT thong,so stupid. But that what ya get when you mix alcohol and college chicks hahahahaha

Great work, I'm very impressed by your blade and spear system. I'll have to look into getting something like that for my gaunts at least!

Truly amazing dude - what are you gonna do with the money?

Blade Carbonics said:
Truly amazing dude - what are you gonna do with the money?
Click to expand...

I'm not sure man. I'll probably use some of it as a gift for my wife for putting up with the mess in the garage and living room for so many months. The rest... I'll probably just put it in the bank or maybe pay down some of my student loans or something responsible like that.

ptgreek said:
UNREAL ...that is awesome ..good for you bro.


...funny a predator costumer asking this one but, how did the Hulk see out of his suit?
Click to expand...

thanks! he saw out through the throat area under the chin

Very well done sir, I just wish there were some competitions in the UK i could enter but there never seem to be any bud. Much quodos to you tho.

The Battlecruiser - Starcraft 2 (build from scratch)