Long time no new thread... I've been busy with various projects but this one came together suddenly and I thought I'd share it.

When I was a little kid, new to Star Wars, there was nothing cooler to me that Yoda's house. I remember when my little brother and I were about seven or eight, he happened to see Empire before me, and I was furious. I sat him down, notepad in hand, and demanded he describe Yoda's house in detail. I guess I was aware of the characters before I'd seen the movies somehow, and I needed to know what the old Jedi's digs were like. My brother tried his best, but couldn't make the imagery clear enough for me.


Years later, even after watching the scenes over and over, I still had a very murky picture until I came into possession of a copy of Rinzler's blueprints book. I finally got my clearest look via the drawings of Yoda's house. 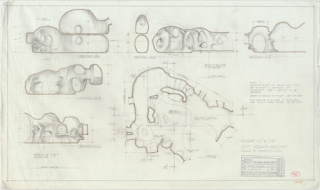 With some newfound skills at organic CG modeling, I got to work. The build was fun, it's such a crazy design, like a heart or an organ that folds back on itself. Unfortunately it turned out the actual set had diverged from the plans quite a bit, which is fairly common, and the finished product only roughly matched what was on screen. All kinds of windows were added or moved, shapes of doors and passages were completely changed. Ordinarily I would have tried to use my photomatching skills in sketchup to nail down the differences, but organic shapes are all but impossible to use to find the perspective line edges needed for that work. So I shelved it and went back to working on nice boxy objects like the ESB X-wing


Flash forward a few months and I found some production photos of Yoda's house with the sharp edge of a floor visible. Just out of curiosity I started playing around, building all new geometry and matching it with other photos. Suddenly the shapes starting to come into focus, similar to the blueprints, but now much more accurate. 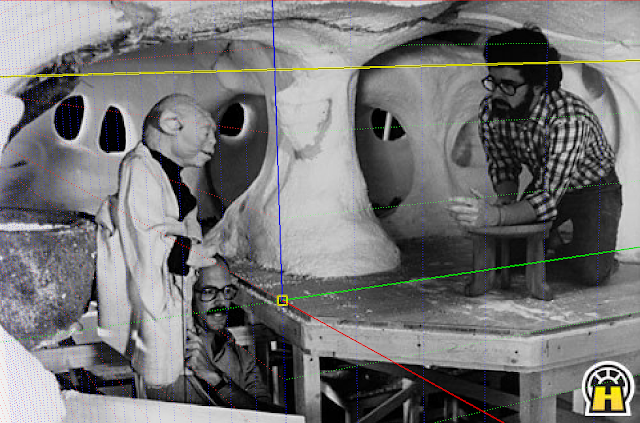 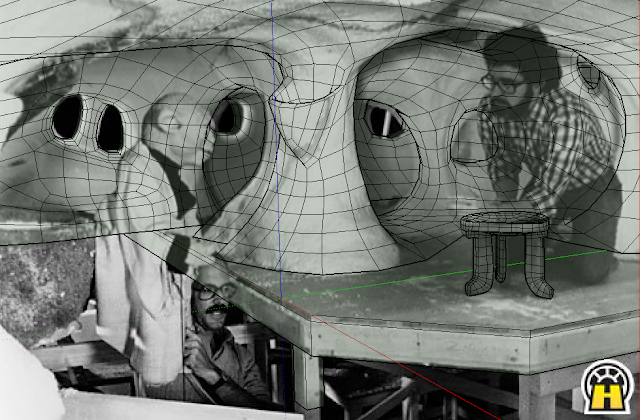 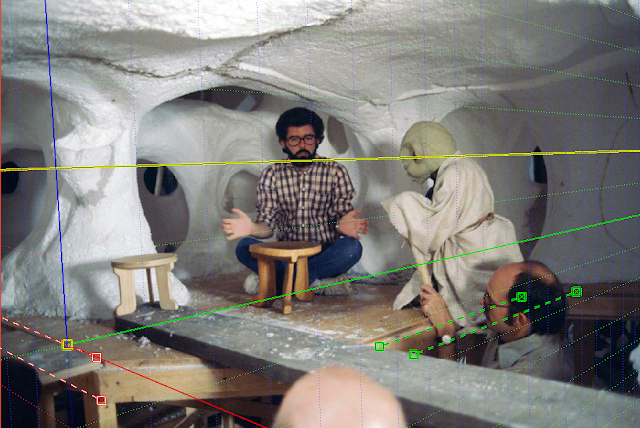 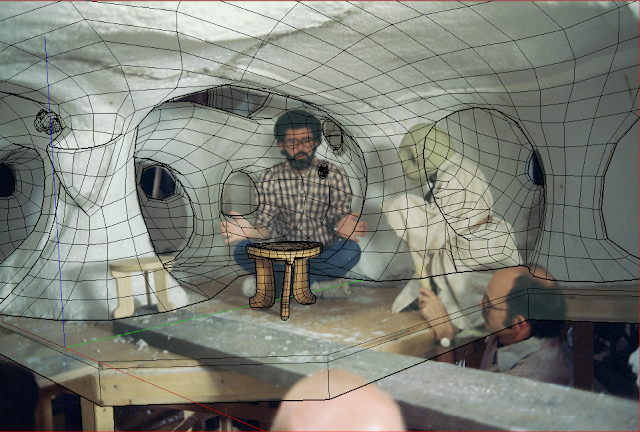 The model even matches up to the final dressed set in ESB.

more updates soon(ish) as I start to build out the little odds and ends that furnish the house.

Looks great! Keep in mind that the floor edges in the photos are for Frank Oz & co. so they can move Yoda around on set. But otherwise, terrific work. You’re gonna have to model the glorious bald head of Irvin Kershner too![emoji3]

Well, who's to say I'm not planning to build a scale replica of the movie set, complete with a definitive Yoda which of course features a scale Frank Oz coming out the bottom? hehe. Really though I just kept that edge there to be able to check scale and proportion between different photos of the same set.

Great project and nobody did it yet...eager to see your next update!!

RPF PREMIUM MEMBER
Fantastic! Oh in what wondrous times we do live...

Did you use CAD to model this?

here's a quick cutaway. Forgive the random yoda, I'm not sure if it's a very accurate version but he's just in there for scale at the moment.

everything modeled in Sketchup so far with some plugins.

Ok thanks Are you going to sell it? The plan/model? I have Sketchup as well.

Don’t know yet! Once I get the I interior shape solved I’m going to attempt to build the exterior and see if they can fit at all. Looks a bit iffy to me... but if I can get it working as a complete object I have to say I am tempted to try a print at some scale. Doubtful that I’d sell it though, the last time I did that Sofaking spent ten years building a millennium falcon cockpit in his garage.

In a DIFFERENT Galaxy Far, Far, Away... x-wings

Wednesday at 6:39 AM
Too Much Garlic