RPF PREMIUM MEMBER
There's a great screen grab I kept of a black Graflite flash on the "dash board" of the X Wing cockpit. I've always thought this would be a cool prop to display with an X Wing Pilot helmet. I've been watching these for years on eBay and finally found a few for a reasonable deal. With the help and blessing of Kurtyboy, I had the decals made up based on his scaling & measurements and grabbed a can of satin black paint! Here's how mine came out! Thanks Marcus! 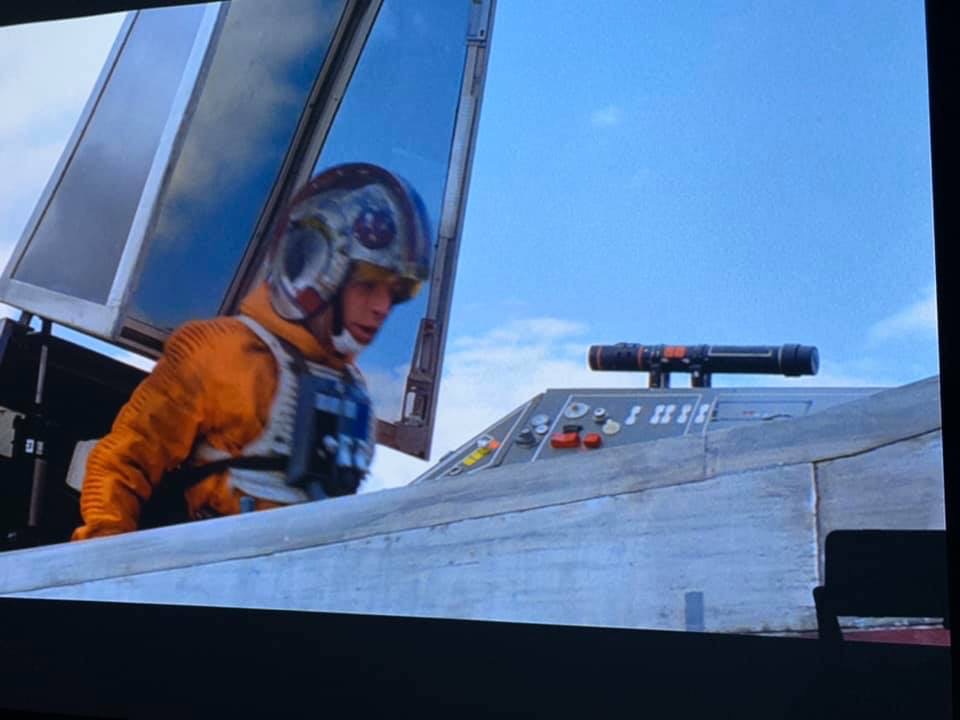 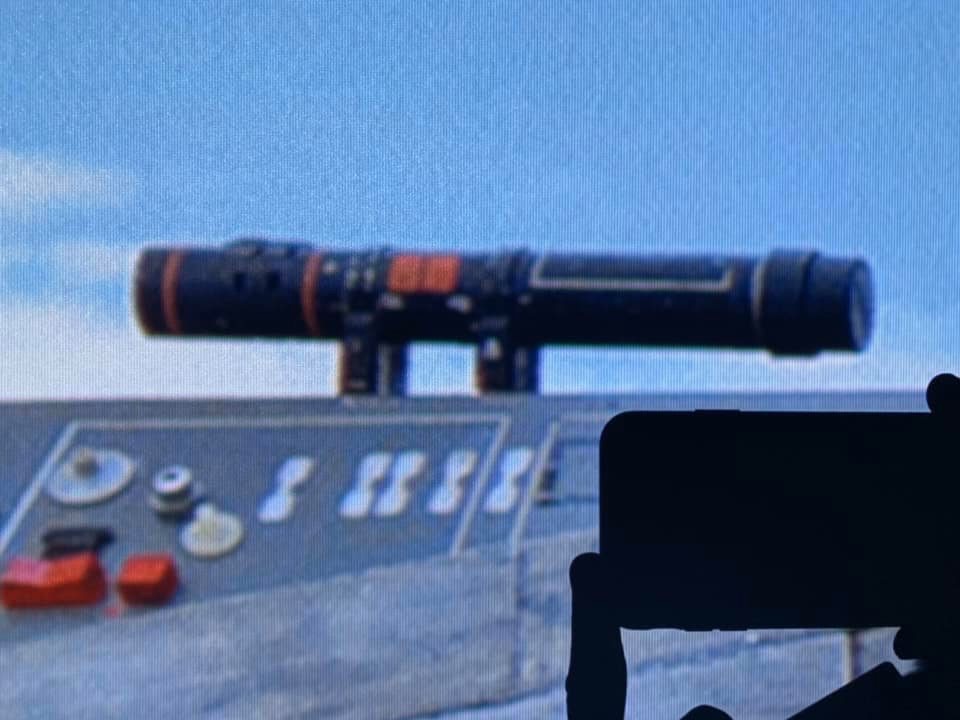 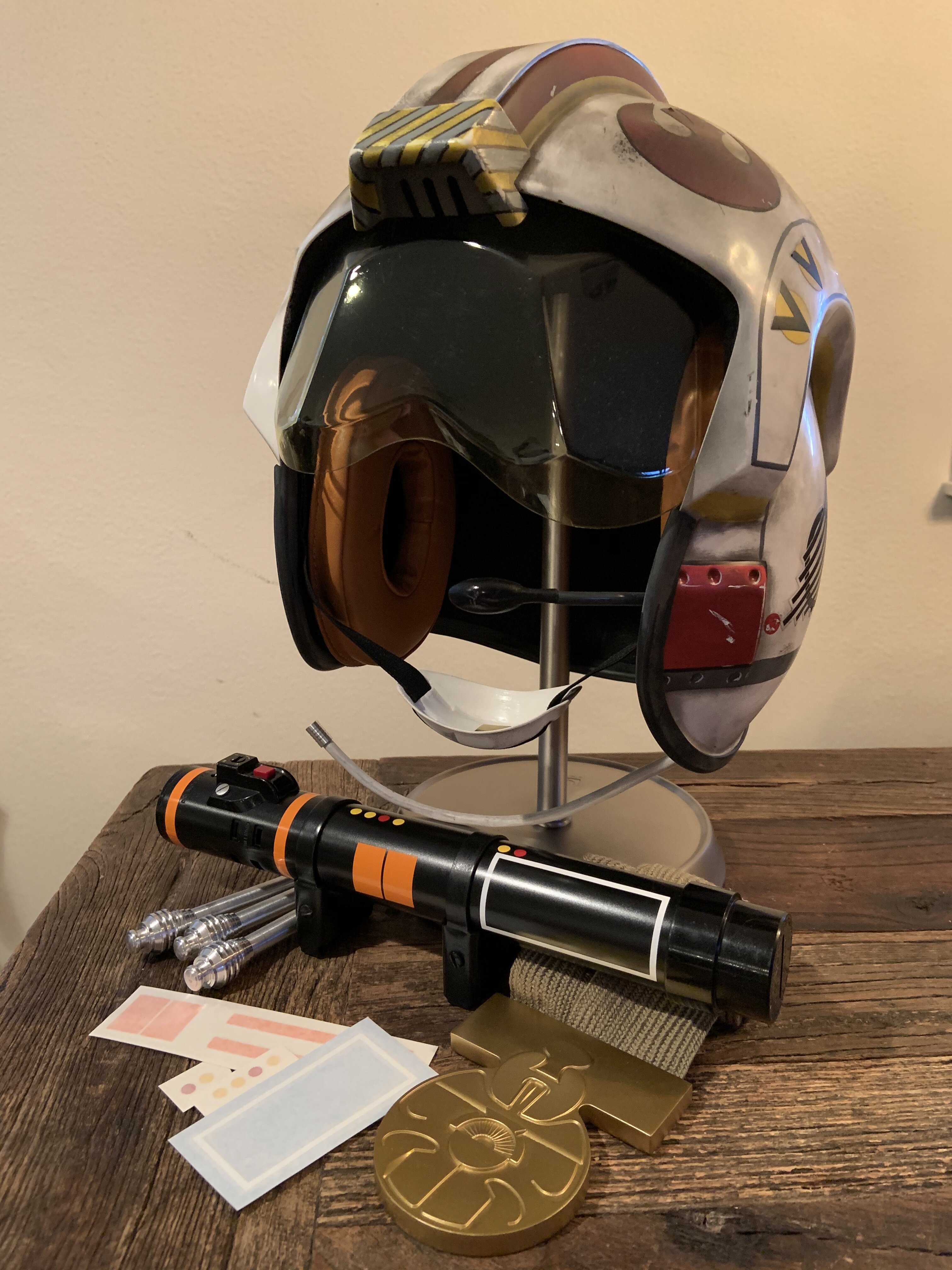 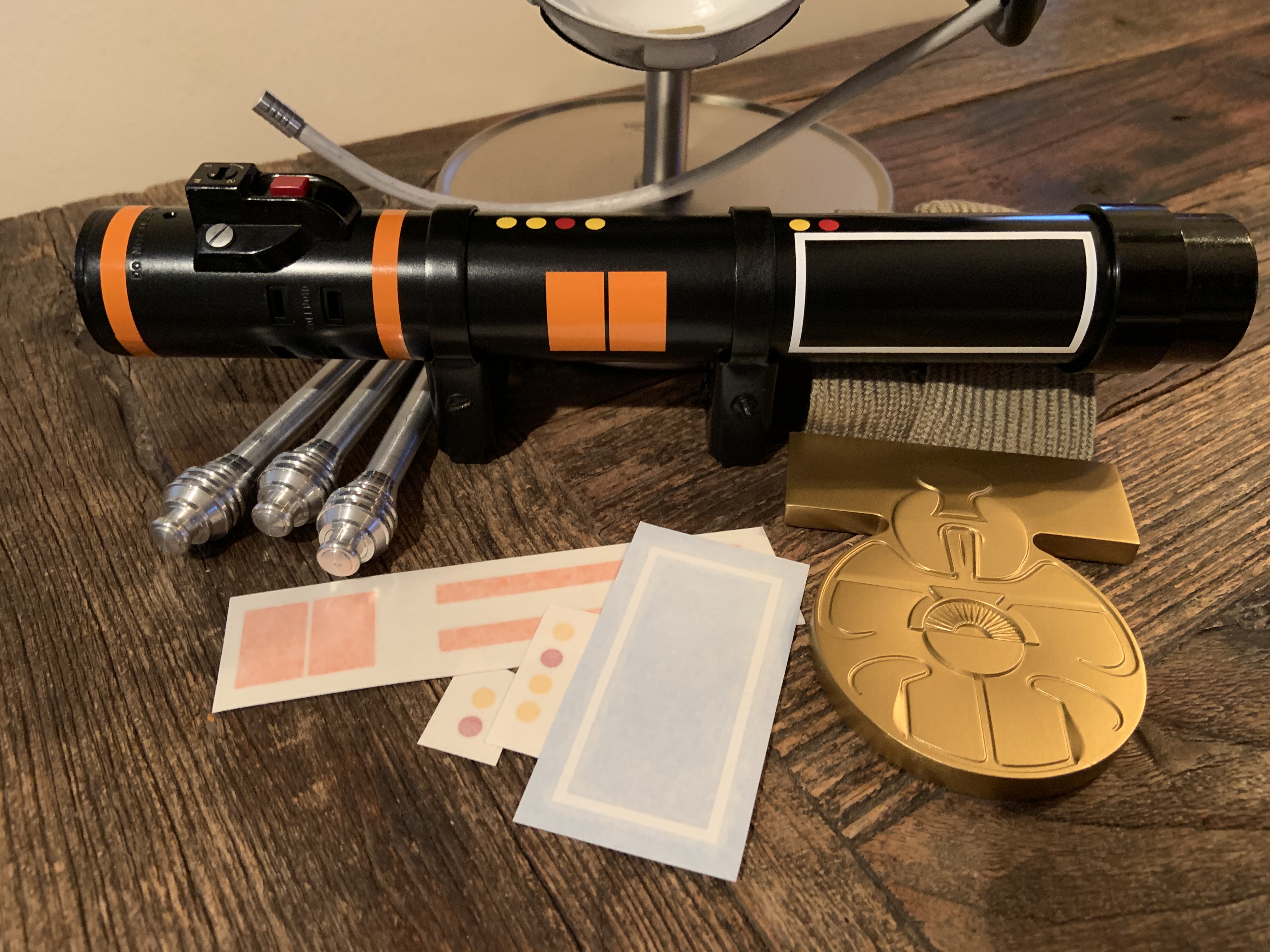 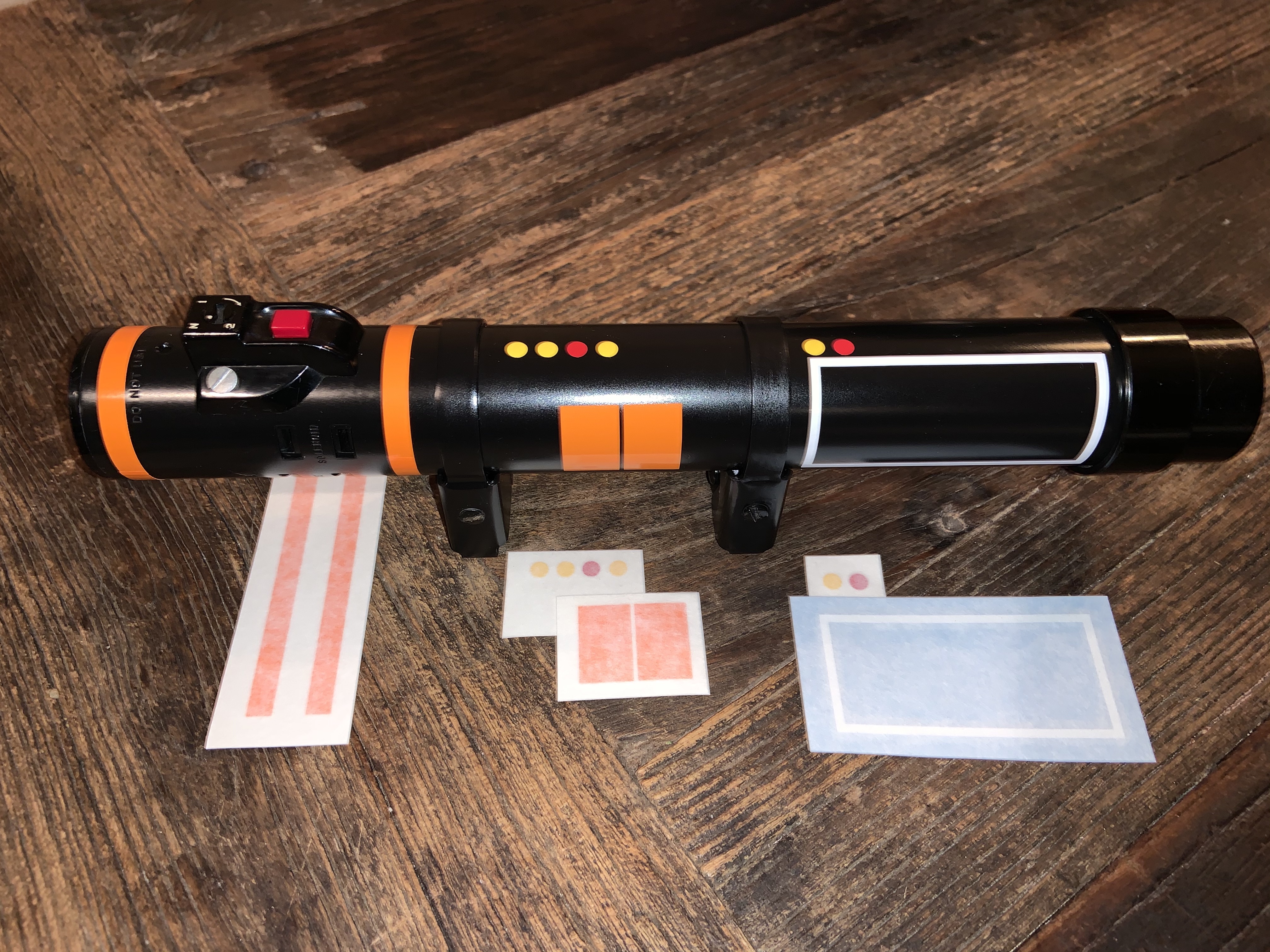 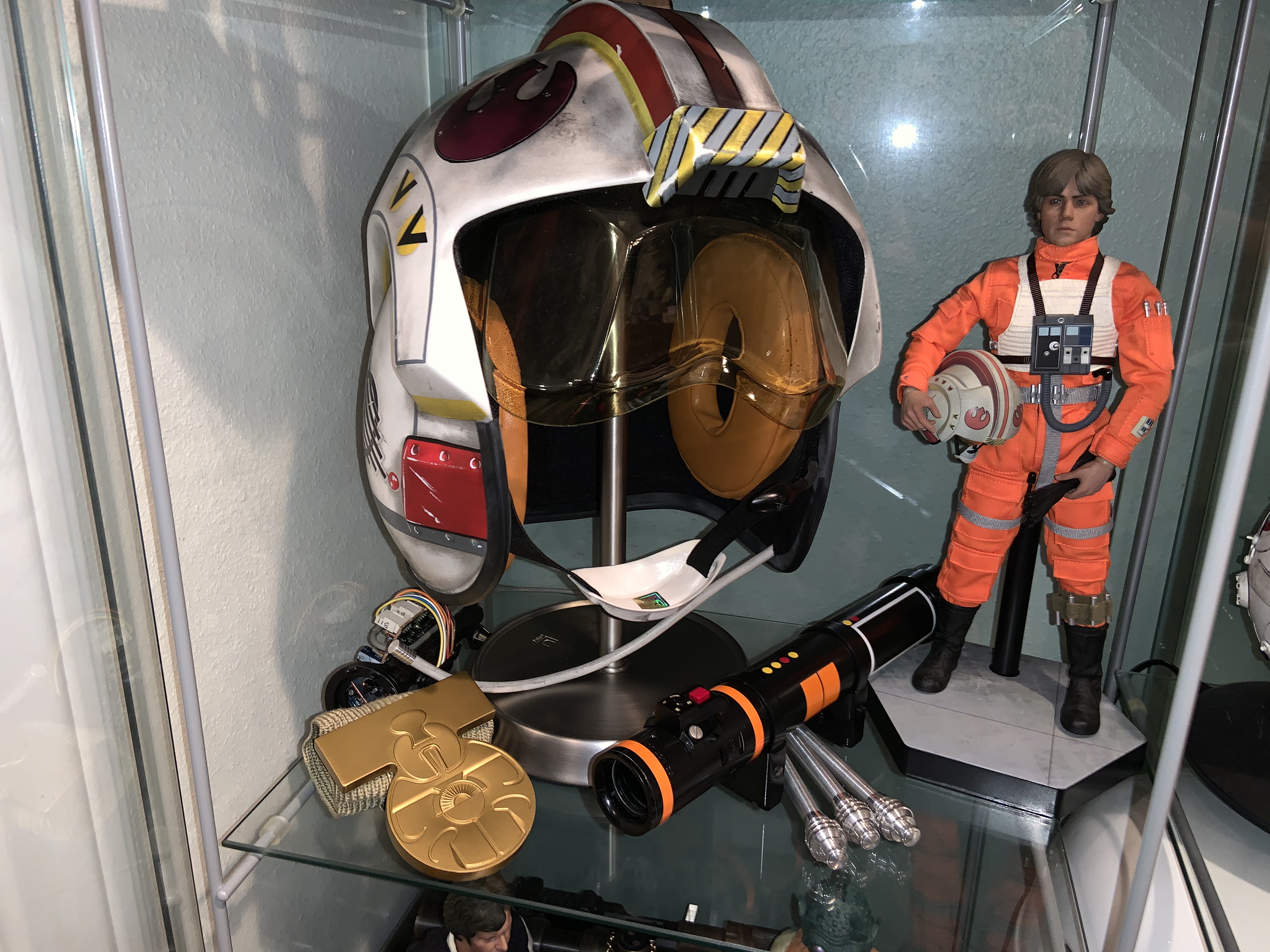 RPF PREMIUM MEMBER
It’s supposed to be a lightsaber? I always thought it was a targeting thing or something?

That makes a killer display

RPF PREMIUM MEMBER
Love that.
I love your displays in general.
I contacted Paul B who made me a scope pouch after looking at your Luke Farm Boy display.
Keep them coming !

RPF PREMIUM MEMBER
This is wicked

There appears to be 2 configurations of the X-Wing Graflite seen on screen...

Version 1: In all scenes in ANH, and all scenes in ESB except for one. Graflite is black with black clamps. Clamp closest to the end cap is positioned over the “Graflex” stamp covering it up. End cap is the version with the slit (vs. a hole in the center).

Version 2: Only in the scene when Luke arrives at Dagobah (and the production photo of this scene). Graflite is black with unpainted silver clamps. Clamp closest to the end cap is positioned further back so that it’s seated within the frame of the white rectangle. There’s a piece of silver Mylar tape covering the “Graflex” stamp similar to the “Graflex” stamp on Luke’s lightsaber clamp. There appears to be a shadow of a slit in the end cap but it’s hard to tell. 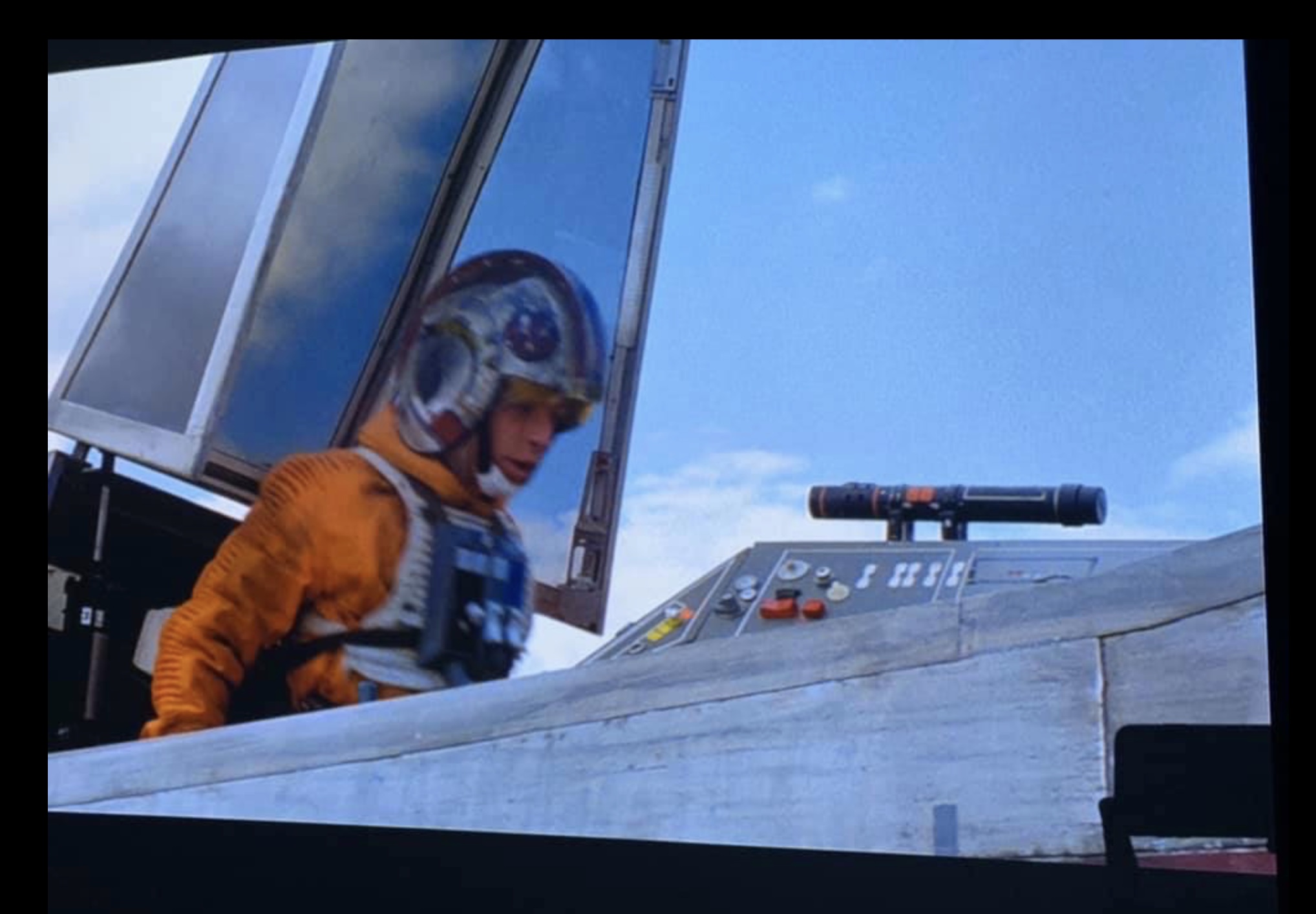 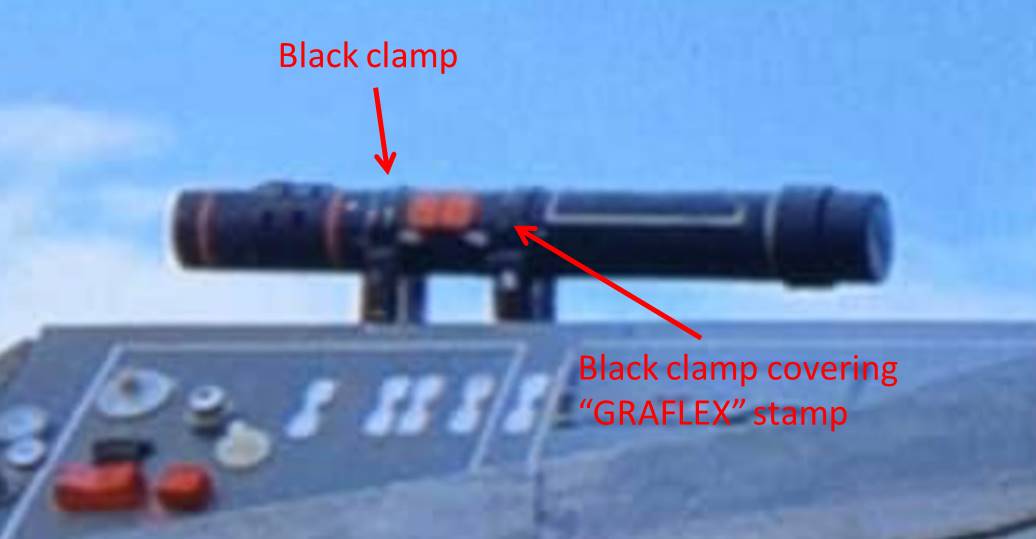 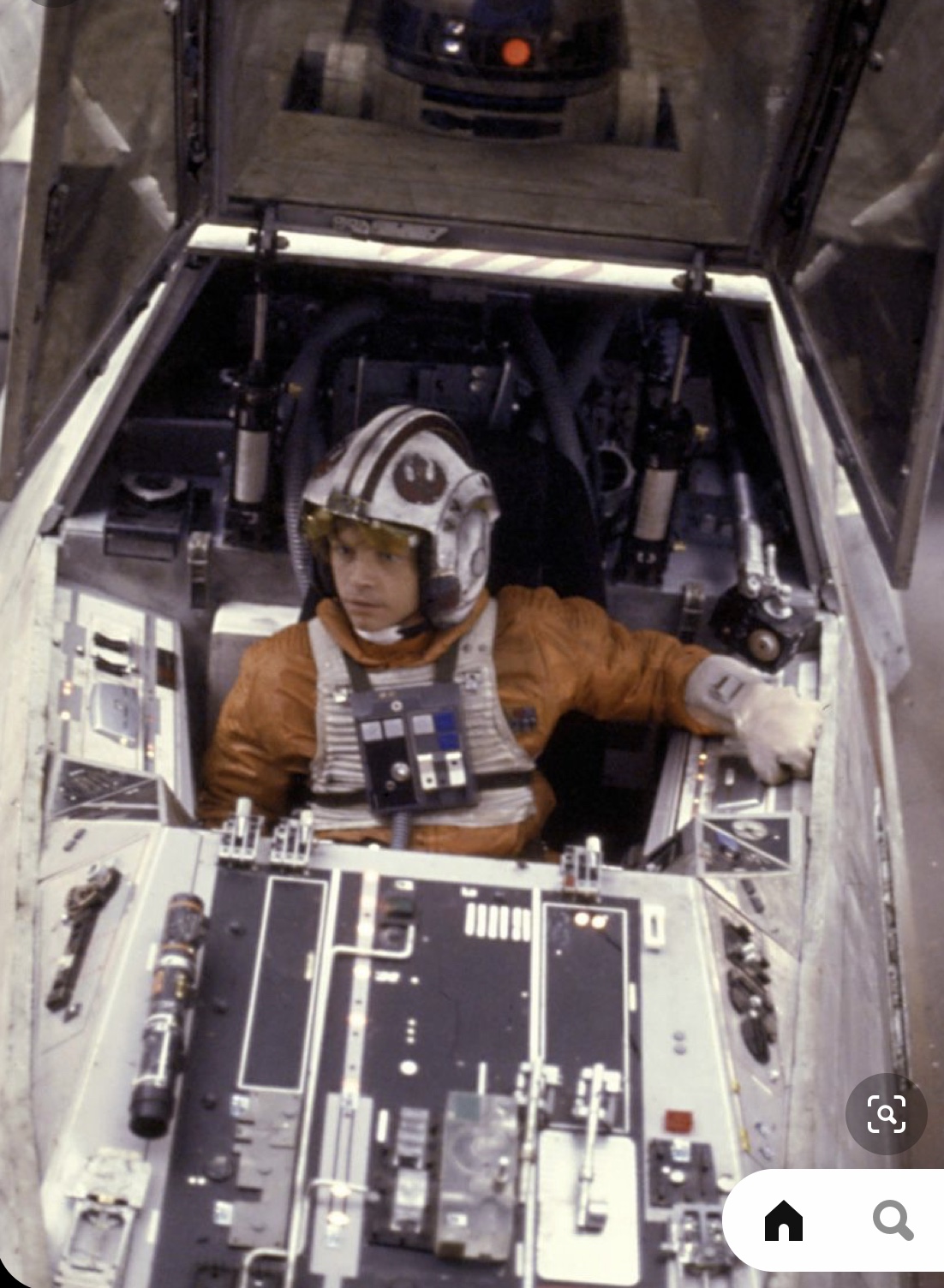 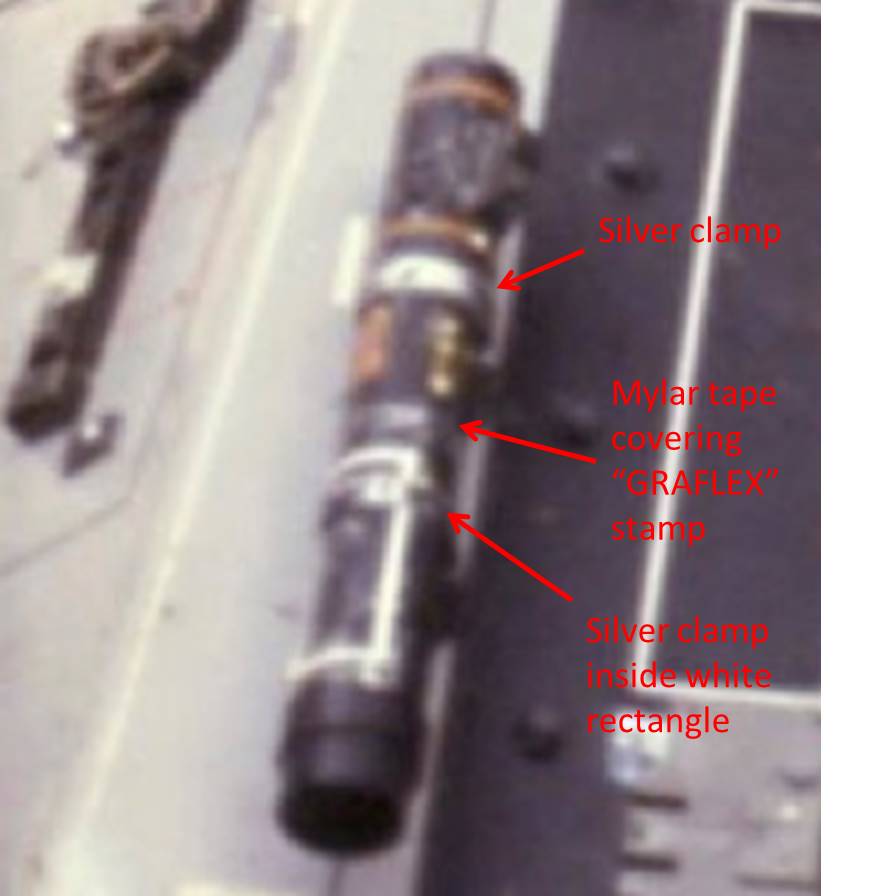 I finally got off my butt & built & finished this on my weekend.

It was a fun, quick, little build. I had a few GRAFLEX Graflites laying around, which was nice because I was able to take bits of all of them & make one good one. Then it was just some rattle can black, & TatooineMachine s great stencils... & there we are.
Love it!
Last edited: Aug 18, 2020

That's awesome. I literally just noticed that was a Graflite while watching ANH 3 days ago. Damn things are all over the SW Universe...

RPF PREMIUM MEMBER
There are a bunch of different ones, just look at the right side dash and they are all a bit different. The dash pics i have posted in my build thread are different from whats been posted here

Ya, I don't know what to call it but for some reason always wanted to build it. Found on the dash of Xwings. Thought it would be a cool quick project. Unfortunatly it took 4 times to paint it due to paint incompatibilities. Odd how you buy 1 companies paints and they are incompatible with each...

This is AMAZING. You opened up my
Eyeballs! I am new to all of this. What is an average cost for a Graflite?

cheady20 said:
What is an average cost for a Graflite?
Click to expand...