Community Staff
Managed to pick up another cool piece; a hero shotgun from Aliens vs Predator: Requiem. This piece was used near the end of the film where the Wolf rips his cannon of it's shoulder mount and attaches a pistol grip to it, then makes a ratcheting motion to lock the grip in place. Most of the shotguns were solid rubber, but this one is fiberglass and resin and comes apart for that scene as well as has a ratcheting mechanism in the grip which allows the Predator to simulated locking the grip in place.

A long time RPF member built these props for the film at ADI back in the day and was able to tell me just a bit more about it. He stated "there was one lightweight hero gun - w/ electronics and a cocking slide. There was another that the grip plugged into - I think that one might have had the pivoting grip." He went on to share "Can't remember who suggested it, but they wanted me to make the connector look sort of like a key. I *do* remember asst. shop supervisor Garth Winkless playing around with it and putting it in upside down - got it jammed up real good. That was a stressful 15 minutes or so, trying to pull it back out." He finished with "the plan was to show [Ian Whyte] pull one of the cannons off the shoulder mount and plug the battery/grip into it."

While you never see the Wolf actually plug the two pieces together, you do see him ratchet the handle after assembly:


Here are pics (including the RPF member) creating the shotguns at ADI. 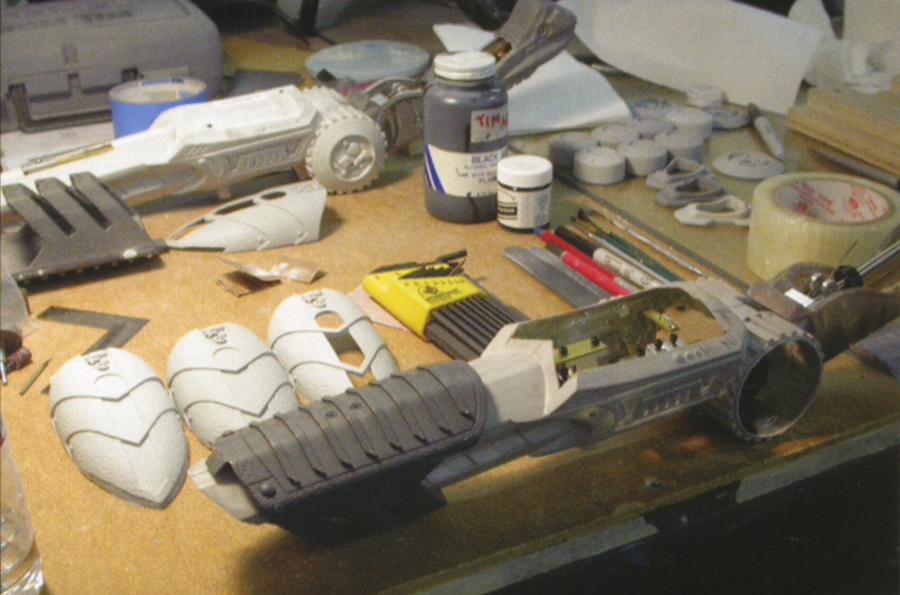 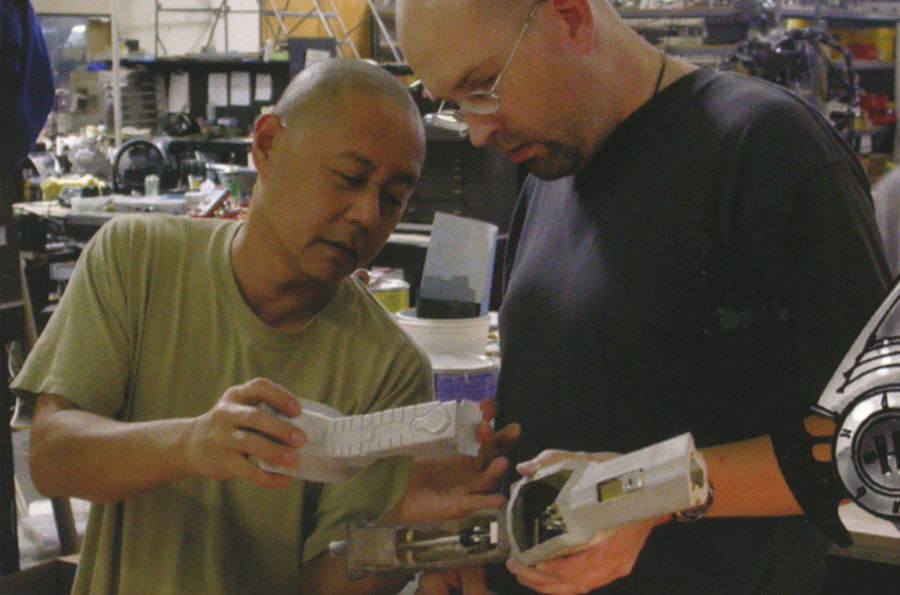 And here is the piece that is now in my collection: 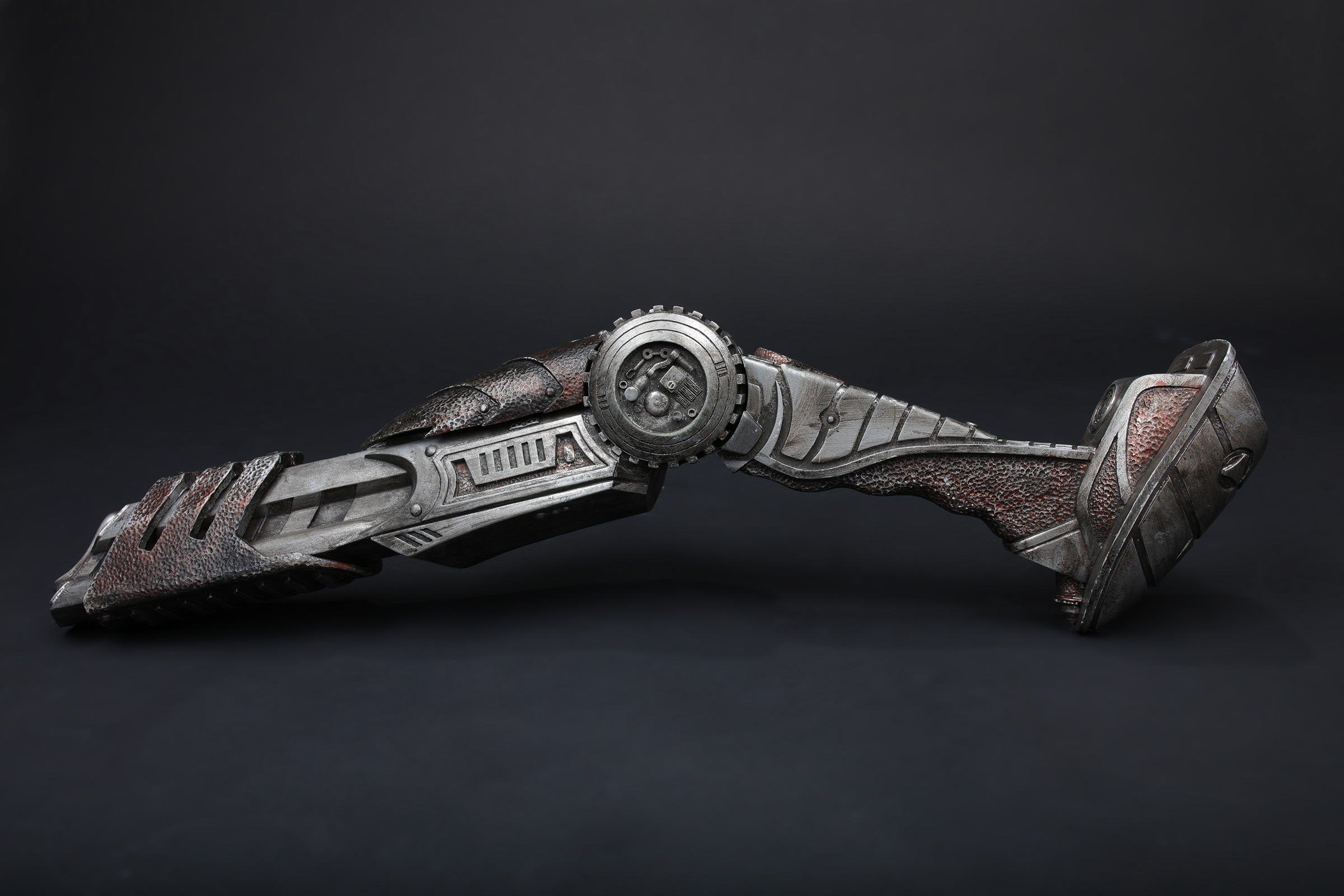 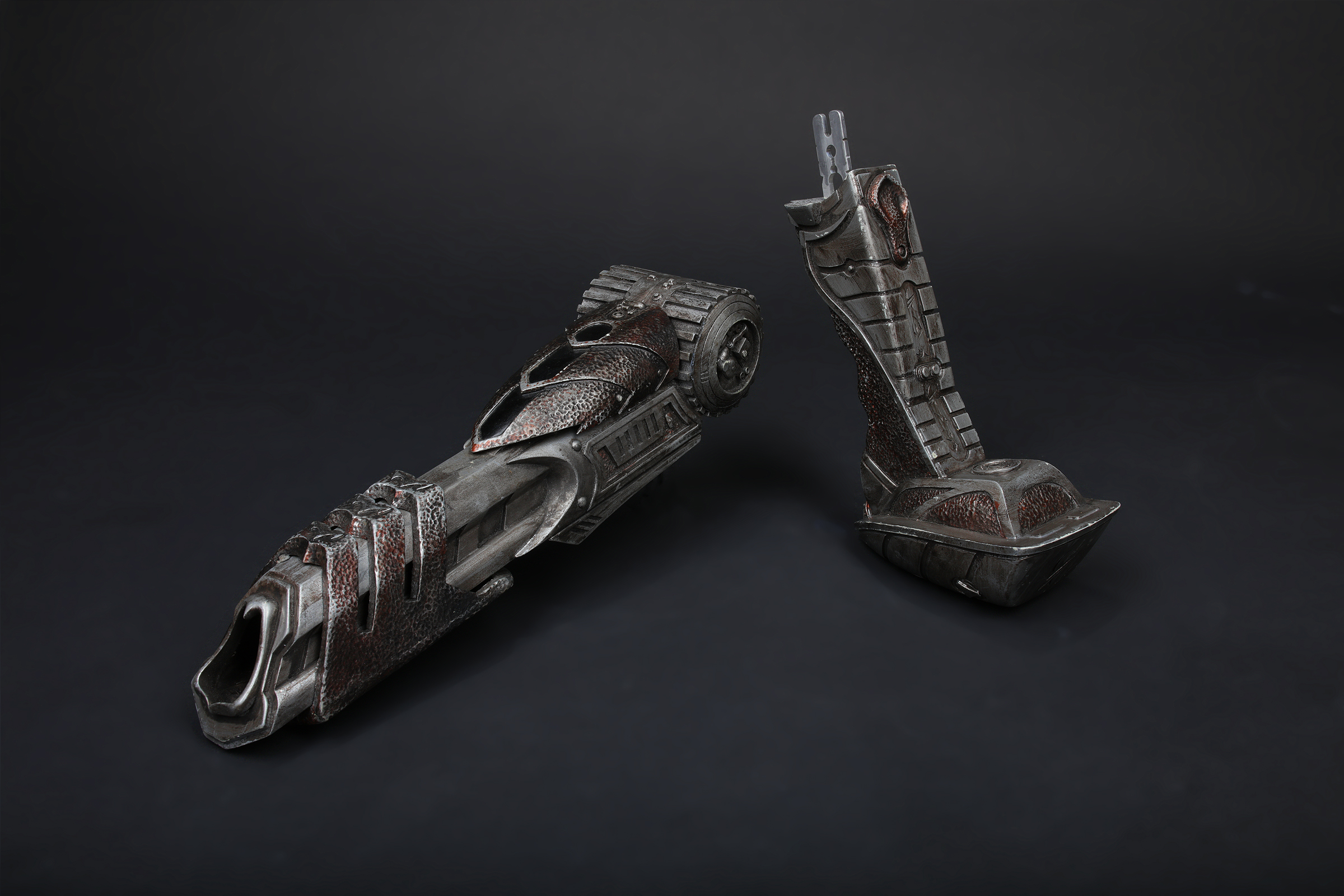 Along with a shot of it in-hand for scale: 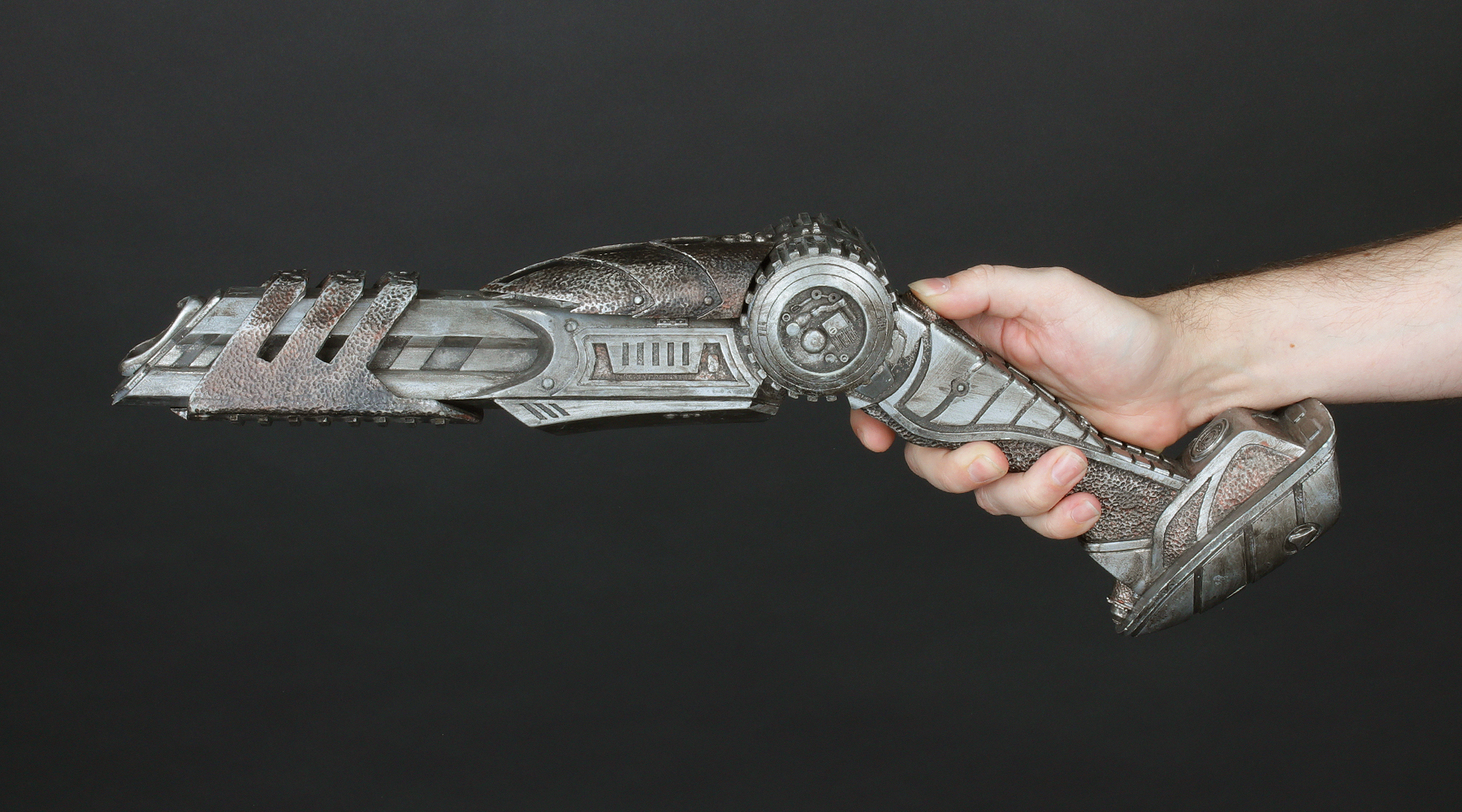 Just watched requiem again the other night, Love this!!!

Community Staff
If you make a list of specific measurements, I'll be happy to provide them to you.

Community Staff
Give me a couple of days and I should be able to get those for you.

Art Andrews adding any new pieces to your Predator collection?

Community Staff
Nothing lately... I am pretty tapped.

Art any luck on the measurements

Community Staff
Sorry, bud. I haven't had a chance... and I am leaving town for a week, so not likely to get it done before I leave. Please be patient with me.

Ok no problem have safe trip

Hey Art whenever you're free would love some more photos of this. I'm getting a replica of this painted up by a good friend of mine would love to get it as accurate as possible.
Thanks in advance and patiently waiting.

Community Staff
Sigh... I am REALLY sorry. I know I sound like a broken record, but I am out of town again until the 29th, but I'll try to get some shots once I am back.

Take your time. I know you have a VERY busy schedule. At least when there are more pictures available I can have mine accurately painted up