We're finally almost settled into our new house and my modeling urges are starting to get out of control. I just ordered a new tooling 1/72 Academy F-14A along with some aftermarket bits to spruce it up into the first of four birds for a diorama of the F-14/A6M Zero dogfight scene from the final countdown. Aftermarket decals are a new set by Wolfpack Design and they're stunning. I also got a 3D cockpit decal set from Quinta Studios, this is my first real world aircraft model in at least 20 years and technology has really moved up since then. I also ordered a 3D printed pilot and RIO from Reedoak in France, I've heard the sculpts and print quality are simply stunning. I can't wait to get my hands on them. Last up will probably be a set of aftermarket exhausts from Aires and resin ordinance from Reskit and Eduard (AIM-9D, AIM-9L, & AIM7 from Reskit and AIM-54 from Eduard). I haven't done any modeling since the early part of the year since we were preparing to move, then moving, and then getting the new house set up and I'm super excited to get back to it.

The subject(s): I'll be doing 202 first and then 203 at some point later. The "Zeroes" will come after that. They used converted T6 Texans for the film (that were originally made for Tora! Tora! Tora!) and I plan on doing the same. The Zero conversions should be a fun project.

Gorgeous box art. The kit comes with markings for VF-143 "Pukin Dogs" so I bought a new set for VF-84 "Jolly Rogers" from Wolfpack Design. 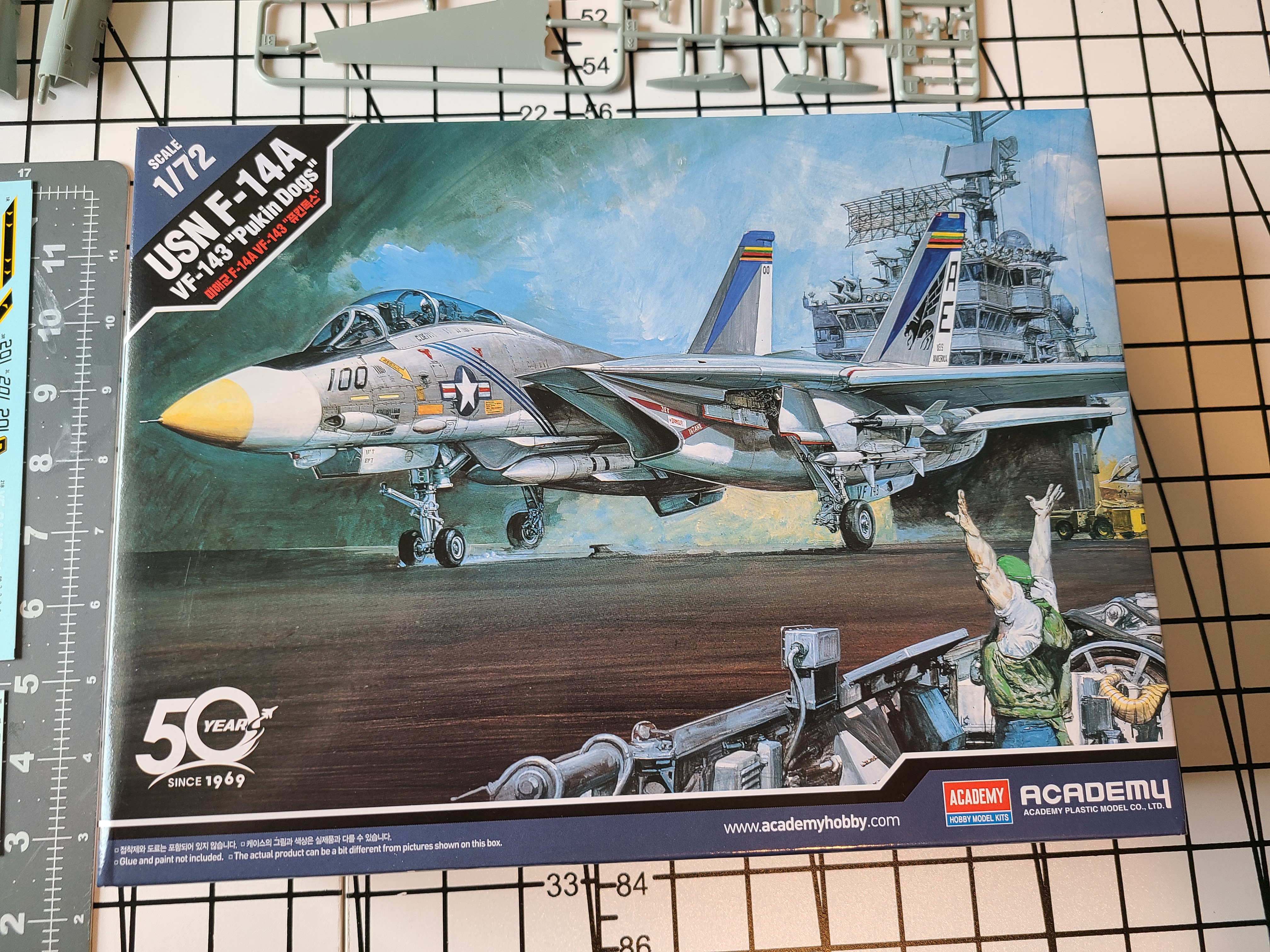 The detail on the kit is extremely fine and I've heard the fit is excellent. 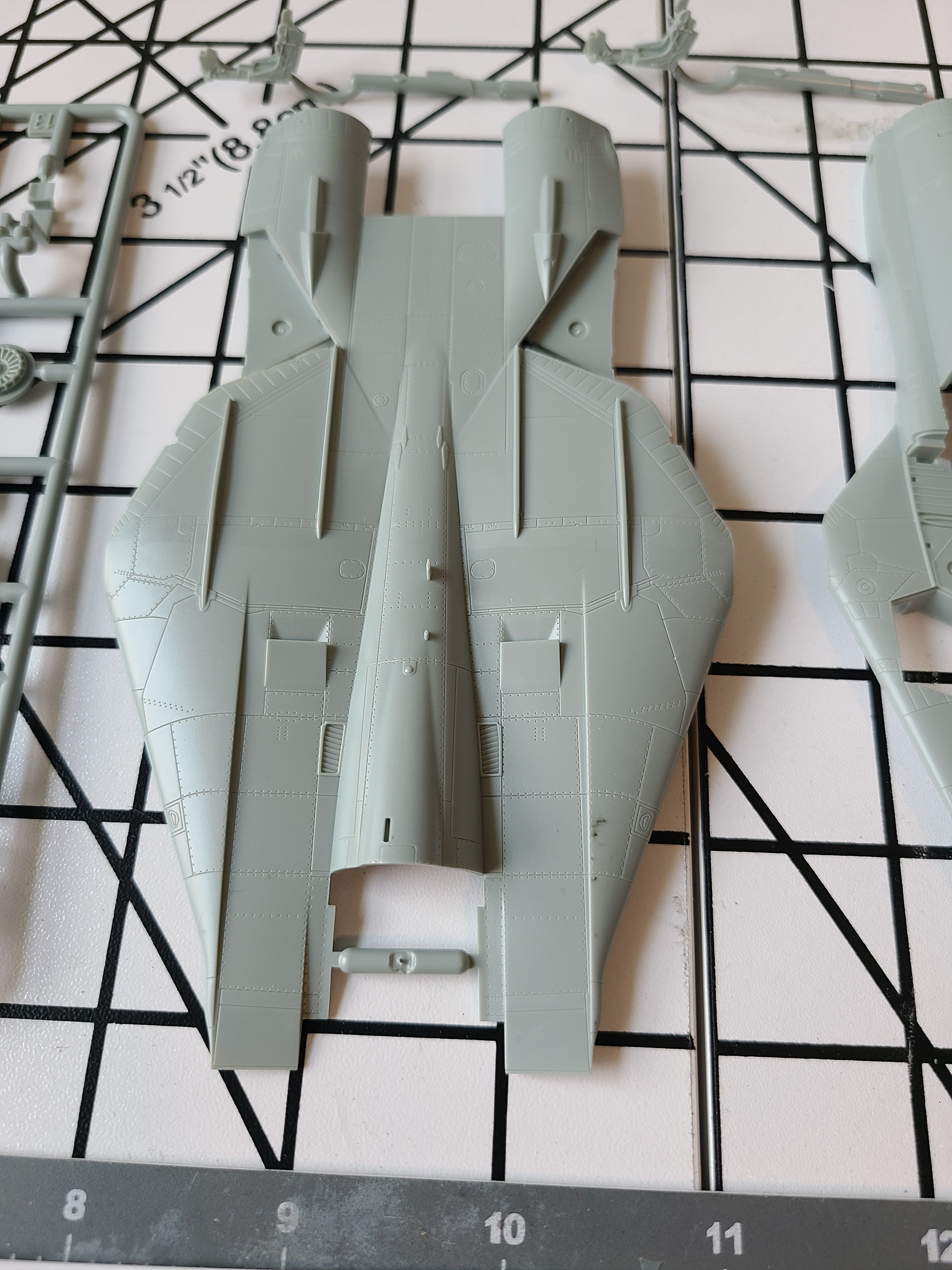 Everything is arrayed for battle! 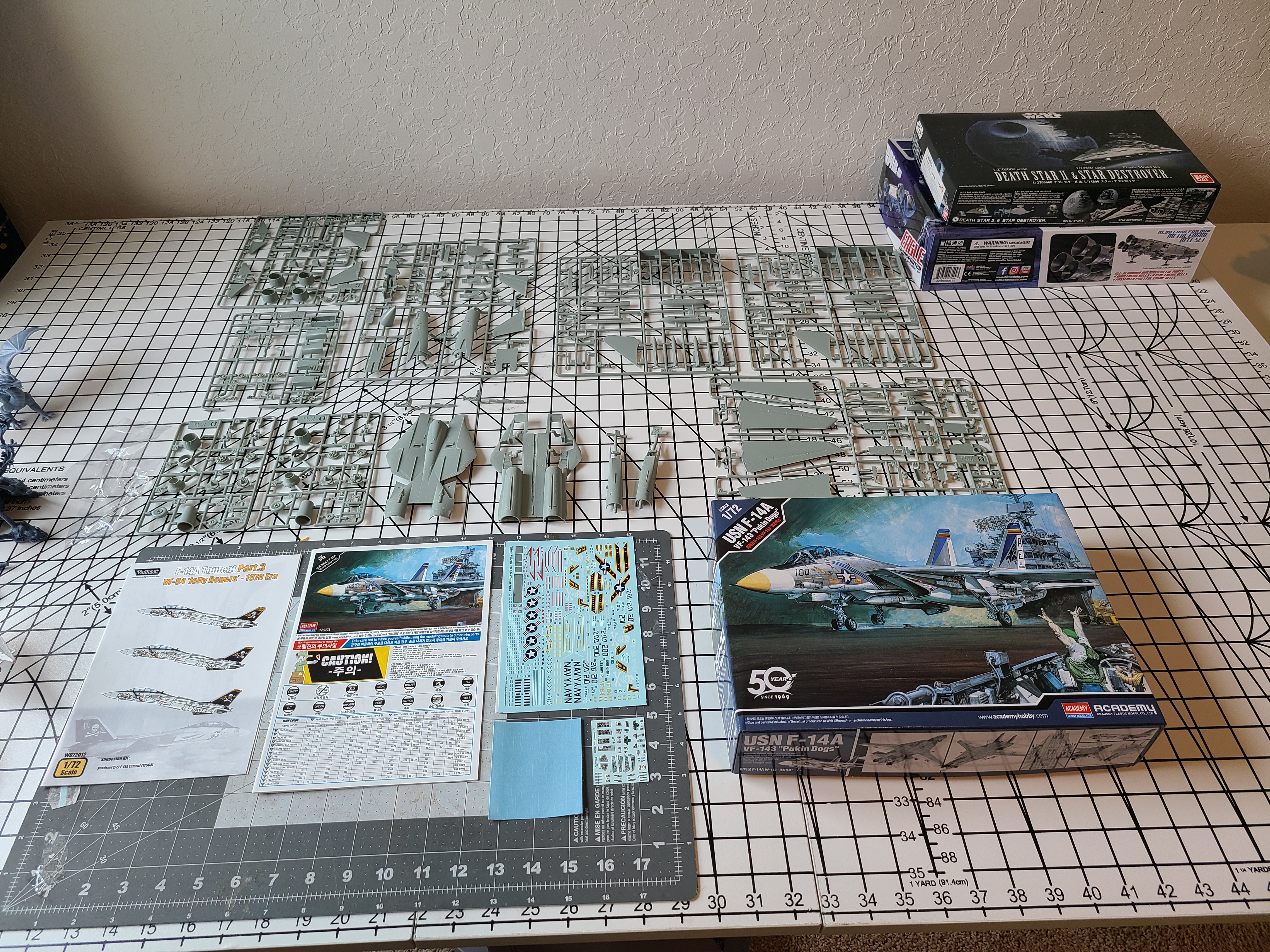 Wolfpack Design decals. The quality is amazing! And I still say the the Jolly Rogers have the best livery in all of military aviation. 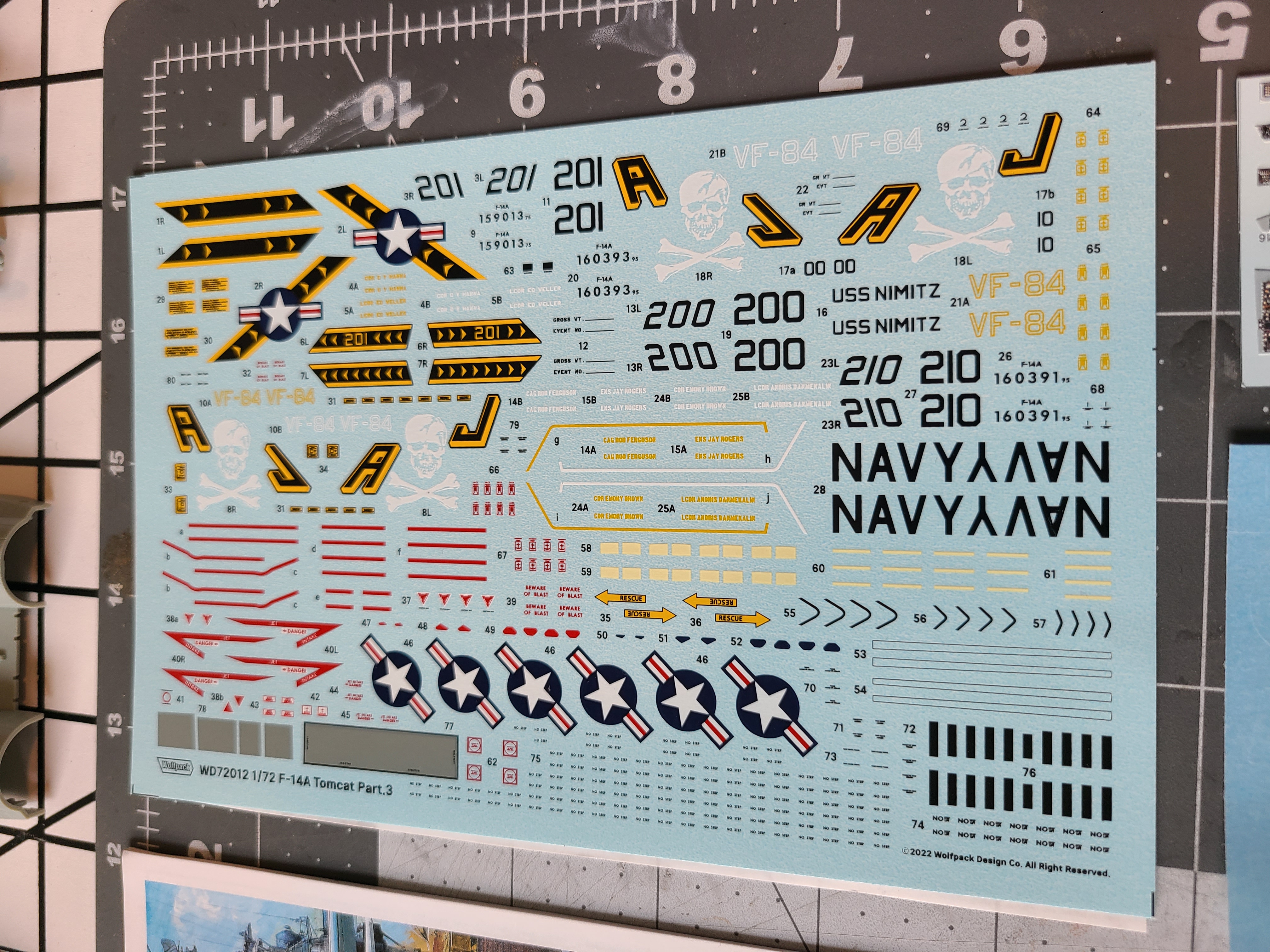 3D cockpit decals from Quinta Studio. These are just breathtaking. They'll probably be mostly impossible to see with the canopy closed and figures in, but I couldn't resist trying out the new technology. 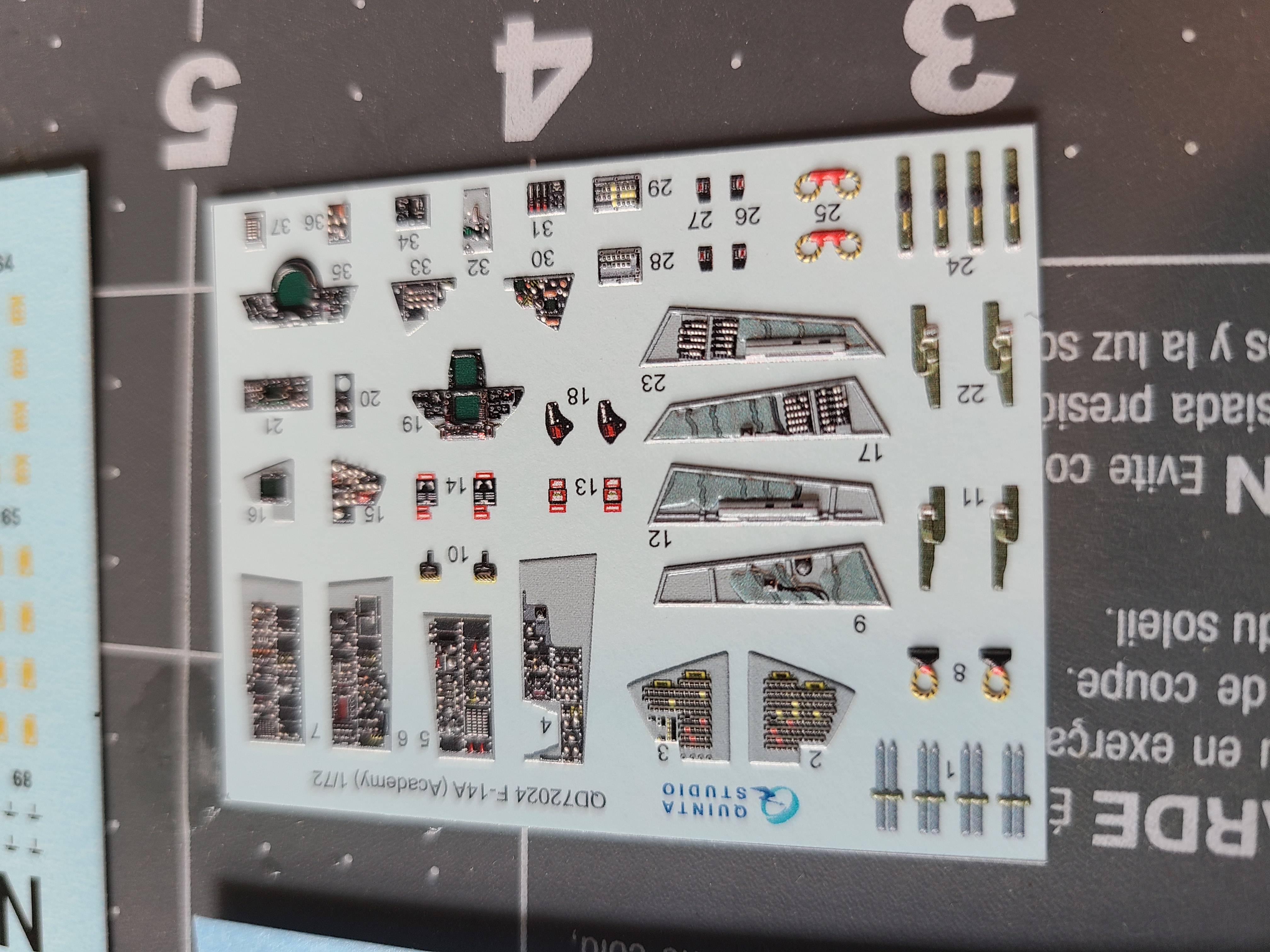 Why have I never heard of 3D decals before?? When did this start happening? Is anyone making them for sci-fi kits yet?

Very interesting. Those 3D decals are beyond cool.

Hunk a Junk said:
Why have I never heard of 3D decals before?? When did this start happening? Is anyone making them for sci-fi kits yet?
Click to expand...

I think it's a pretty new thing. I've only seen them for real world aircraft so far, but I'm sure it's only a matter of time before they start to become available for scifi subjects. I found them when I started researching products for this project after seeing crackerjazz's amazing Top Gun F-14's here. I was planning to use photoetch cockpit details but saw these and knew I had to try them. They're utterly amazing on the sheet and I need to dig into how the process works to see what is involved in making them.

Very interesting. Those 3D decals are beyond cool.
Click to expand...

This is gonna rock.
Looking forward to this.

What is your idea for the display?

scotthothpatrol said:
What is your idea for the display?
Click to expand...

I'll probably put them over a resin ocean base and use clear acrylic rods to hold each aircraft up. That part is still fuzzy, I've got a lot of work to do before that point.

I built that Academy kit earlier this year

It was a great kit and I love it, especially having poseable wings rather than being stuck with one position assuming you don't glue it and pick the piece on the top of the body that allows for the folded back wings. They give you an option for one of two pieces, one is closed and one is open. If using the closed one, you will not be able to sweep the wings back.

Also, make sure you pay attention to the spots you have to drill out before closing up the body shells, otherwise you will have no holes to attach some of the surface details like the missile rails etc...

Also, closing up the landing gear doors is quite involved as they engineered it to display landing gear down. I found adding little stryene strips as reinforcements in places help, but sometimes there are still gaps or overlaps

That seems to be the trend with aircraft models. They are all intended as gear down and rarely come with a pilot

It is a shame because with their "Showtime 100" F-4, they gave did a much better job at giving alternate parts for it closed up

And speaking of pilots, I wound up using PJ Productions 1/72 pilots and had a hard time fitting them, had to wind up cutting off feet and shaving down the backs of the legs/buttocks

I suspect the academy cockpit might be slightly undersized for 1/72, or possibly the seats are too high or oversized, or instrument panels oversized
Last edited: Jun 29, 2022

Love the project and the 3-D decals

RPF PREMIUM MEMBER
Love this idea. I started this kit a few years ago when it came out with the Top Gun Aggressor paint scheme. Very cool!

3D decals?? That is very interestin.

For anyone interested in the 3D decals, here's a pretty thorough review of them. Lots of great info and pictures.

Dry fit of the nose. The tolerances are amazing. Even with just tape every thing aligns perfectly and has virtually no gaps. Now to start scraping the raised details off the instrument panels to prep them for paint and the 3d decals. 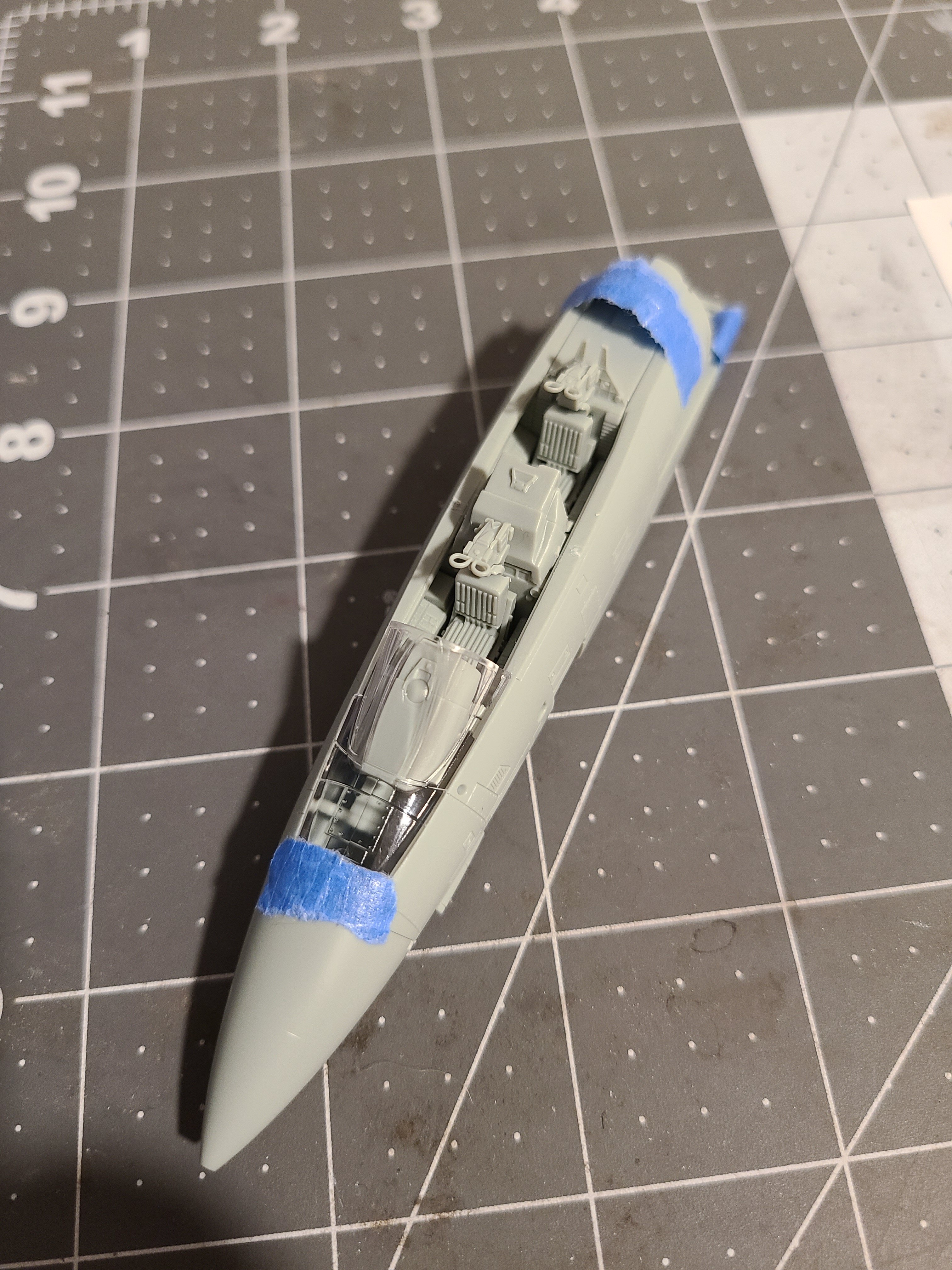 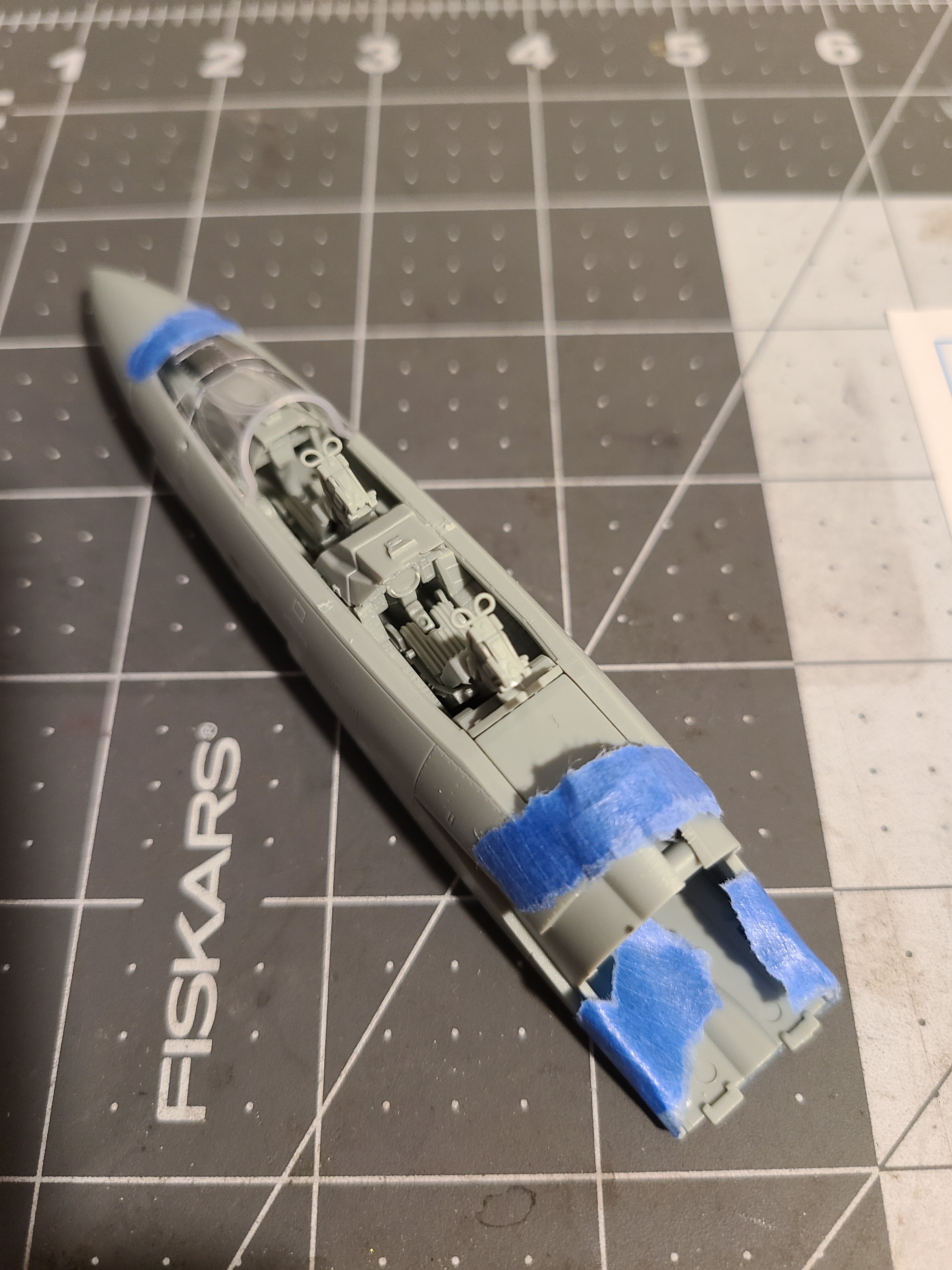 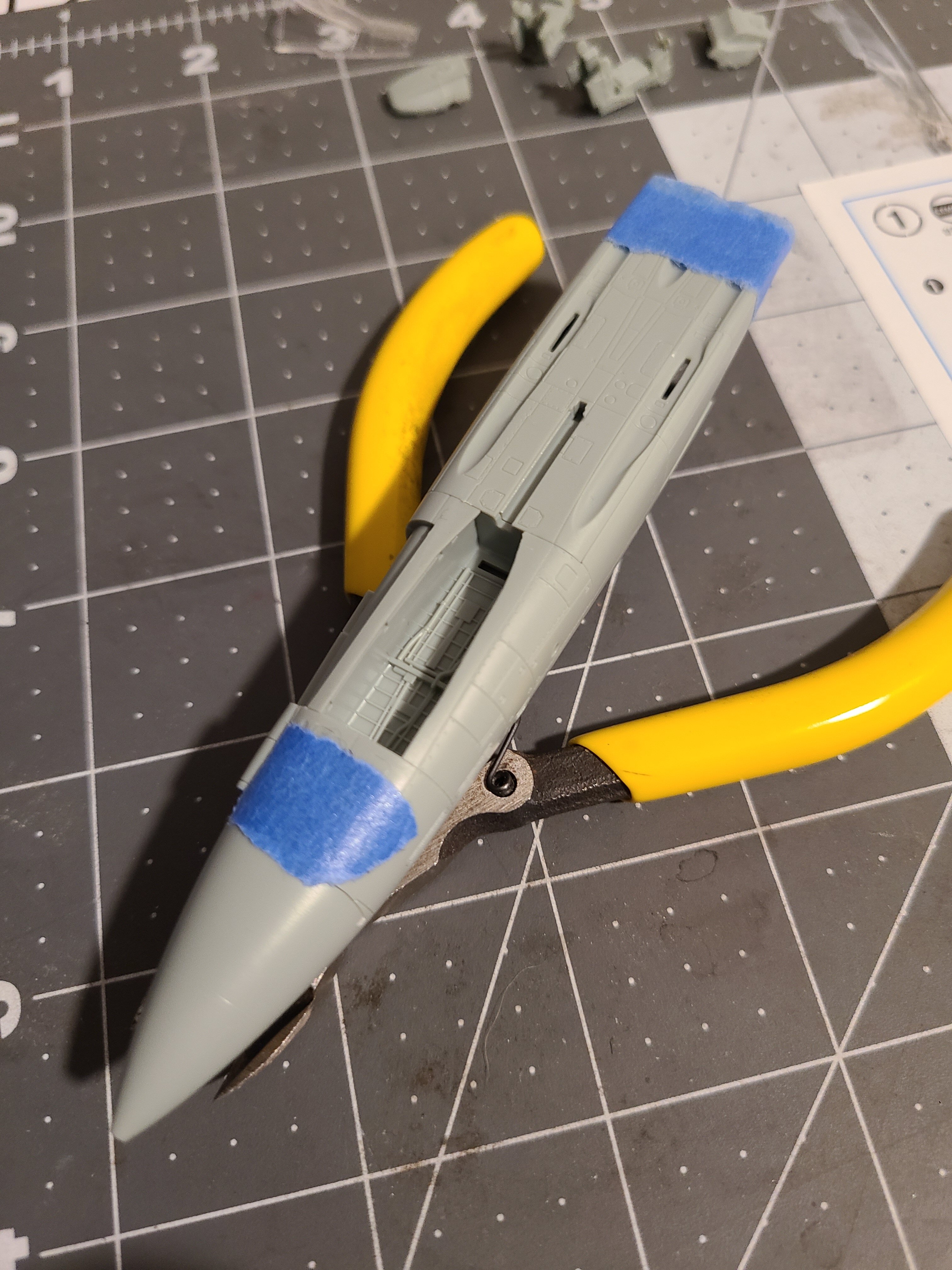 Your project gave me an idea for my 1:72 diecast collection

I'm thinking about getting the 1:48 models and to buiild cut awy models of the nose section to show off the Quinta Stdious 3-D printed Cockpits

JNordgren42 said:
Dry fit of the nose. The tolerances are amazing. Even with just tape every thing aligns perfectly and has virtually no gaps. Now to start scraping the raised details off the instrument panels to prep them for paint and the 3d decals.
Click to expand...

While this is a glue kit, they are actually moving in the Bandai direction of molded in color plastic, highly detailed, snap kits and including decals and stickers

Analyzer said:
Academy has really stepped up their game and these kits are a far cry from their older stuff

While this is a glue kit, they are actually moving in the Bandai direction of molded in color plastic, highly detailed, snap kits and including decals and stickers
Click to expand...

I'm very impressed so far. A few of the critical locator pins are what I would term semi-snap fit. The main pins for the fuselage halves are very beefy and a very snug fit for example (as I'm sure you know since you built one). And it's well engineered, not quite Bandai level, but I've noticed a lot of smart decisions that make things easier.