Why do so many replicas of ESB/TFA Graflex have the clamp card upside down?

From the lightsaber guide, I see that the thick side strips/metal (the goldish copper strips) are on the side of the clamp lever. But I see in multiple reproductions, like the Disney Parks Rey saber, the propshop saber ( Star Wars The Force Awakens Weapon Replicas by Propshop Rey and Luke Skywalkers Lightsaber Hilt Hi-Res 4 ), and the Launch Bay lightsaber ( Photos: Lightsabers & Weapons on Display at Star Wars Launch Bay ) have them on the opposite side. Any reason for this?

RPF PREMIUM MEMBER
When it comes to display problems-- they are often packed, shipped, unpacked, set up on display, taken down, repacked, etc. Clamp cards can come out pretty easily, so odds are if they slip out, the person putting it back in does NOT have my handy guide to reference.

As for replicas-- legally they have to change things up a little, or idealize details at the request of the studios for either copyright purposes, or simply to try and cut down on the counterfeit auction chances. Who knows-- we have a 1000 page thread dedicated to the Dl-44 that basically started because some of us thought Master Replicas didn't do a good enough job!

SethS said:
As for replicas-- legally they have to change things up a little, or idealize details...
Click to expand...

Officially licensed prop manufacturers are under no legal obligation to make a prop replica less accurate. All replicas are eventually produced exactly to the standard set by the licence holder as a result of a multitude of factors but law is not one of them.

If a licence holder and a prop replica manufacturer wanted to make a dead-accurate, 100% exactly copy of a prop there is not a law or legal reason they couldn't. Prop replicas are less accurate for other reasons (time, money, talent, manufacturing process, desired product, use, engineering limitations, etc...)

RPF PREMIUM MEMBER
That's what I always thought, but we've recently had a few people in the field pop up and say they couldn't do something exactly. (Of course, I can find said posts now that I need to back this up).

RPF PREMIUM MEMBER
yeah, i'm sure Dr No or something will come and say otherwise for the legal obligation, but meh... I don't really trust him...

Well, I heard from Justin Mabry that Trancas does not allow any color other then navy blue for H1 Myers coveralls. It may not be "law" but licensers can and have put limitations on licensees.

vader45 said:
Well, I heard from Justin Mabry that Trancas does not allow any color other then navy blue for H1 Myers coveralls. It may not be "law" but licensers can and have put limitations on licensees.
Click to expand...

I suspect in cases like these, somebody at Trancas has a screencap of the Shape pinned up to a wall, blue filters and all, turning the coloralls a "blue color." And nobody is at the office who worked on the movie, so nobody's around to say otherwise.

Same at Universal. Somebody with influence has this picture pinned up in their office, and people have to constantly remind 'em about filters and color correction. 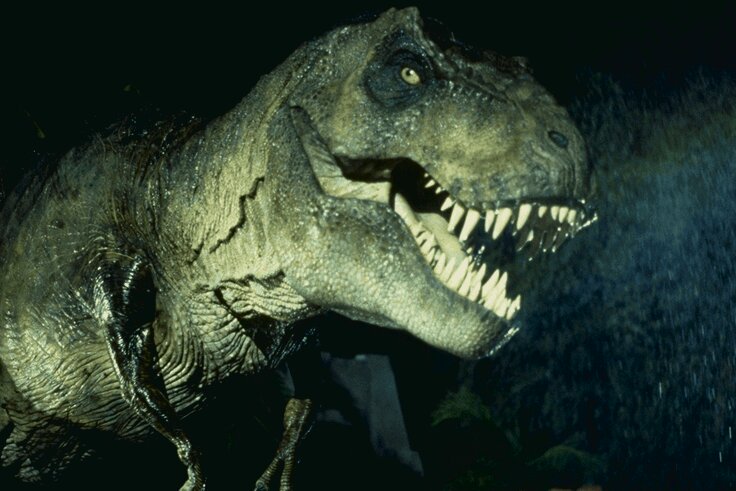 Bringing it back to lightsabers, this is in fact how we got the Skinnyflex in ROTS. The peeps at Skywalker Ranch pulled a lightsaber out of the archives labeled "Luke's,"studied it, and machined a shinier version. 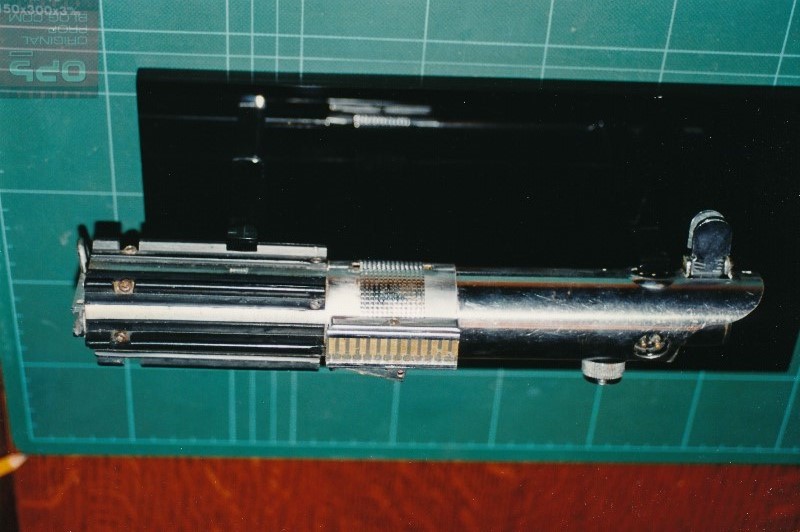 Tangentially related, but I recall an amusing story from the production of AotC when Lucas almost had the ceiling of the Lars homestead dining room entirely repainted because Lucas INSISTED that the pattern painted on the ceiling was not the original, despite nobody from LucasFilm having been to that location since 1977. Somebody had to actually make Lucas watch ANH and then show him production photos of the ceiling to convince him to leave the ceiling alone.
Last edited: Mar 6, 2020