Where to start with a quality superhero costume that is inexpensive?

Let me start by saying that this is for a children's place to have a day where they can meet a superhero and get a picture or autograph. So I need something that isn't cheap halloween quality, but more movie accurate and believable. Princess appearances for girls is easy, but a good superhero for the boys is hard.

With a budget around a couple hundred, where do you start? Batman, ironman, captain america... seem to be popular but maybe something easier like Spiderman would be more affordable to start. Would be able to pull off wearing an armored suit, but not athletic enough to pull off a spiderman or superman without a model/actor to play the role.

Making it would be cheaper obviously, but the time and skill for the quality we want is not something I can personally pull off right now. Is there any recommendations to buy from somewhere? Is this just too much to tackle with our budget range? Appreciate the thoughts and advice from the experienced community.

Actually Spiderman is more difficult as most don't have the body type requirements, most people have the misconception that's its the easier, most of the superheroes you can get away by hiding your body or add fake muscles, for spidey your body shape is what make or breaks the costume.

If you don't have a lot of money or time, you could look into buying one of the middle-range costumes and modify/add to it. Characters like Batman & Superman have a pretty wide price range in costumes - you can get ready-made ones for relatively cheap up to hundreds of dollars. If you do a quick Amazon search for Batman, for example, you'll find a number of different options.

Then you can pick a part that looks cheap and modify it. For example, with Batman, a lot of times they try to save money by giving you really cheap gloves, boot covers, and prop pieces like the utility belt. You could purchase the gloves and belt and maybe focus your time on making a utility belt (there's a lot of good tutorials out there). Also, usually the capes in those kits are really cheaply made, so supplementing it with a cape you've made or one that's a stand-alone purchase will help make the costume look more authentic too (and if it's Batman you can hide a lot of the costume with it too).

Another option is calling costume houses in your area and seeing what it would cost to rent a costume, and what they look like. Depending where you live you might be able to luck out.

I would avoid todays modern cinema incarnations and go with casual looking characters.

A great choice would be something casual like Guardians of the Galaxy's Star Lord. A current character, and easy to dress like.

You cant get this.

But if you can just match the colors you can get this.

Not movie accurate, just get a fair completion guy with a 5 o'clock shadow, light hair. Put him in a redish jacket, grey pants, boots, blue shirt, and headphones. Having a prop of the blaster, knapsack, a blue tooth ear piece instead of the mask, would also sell it.

If the actor can get into character good enough, they wont even notice the costume differences. They might mention that he doesn't look like Star Lord from the movie, but you could just say, "Oh that was an actor recreating my life story. Chris Pratt, rad guy." 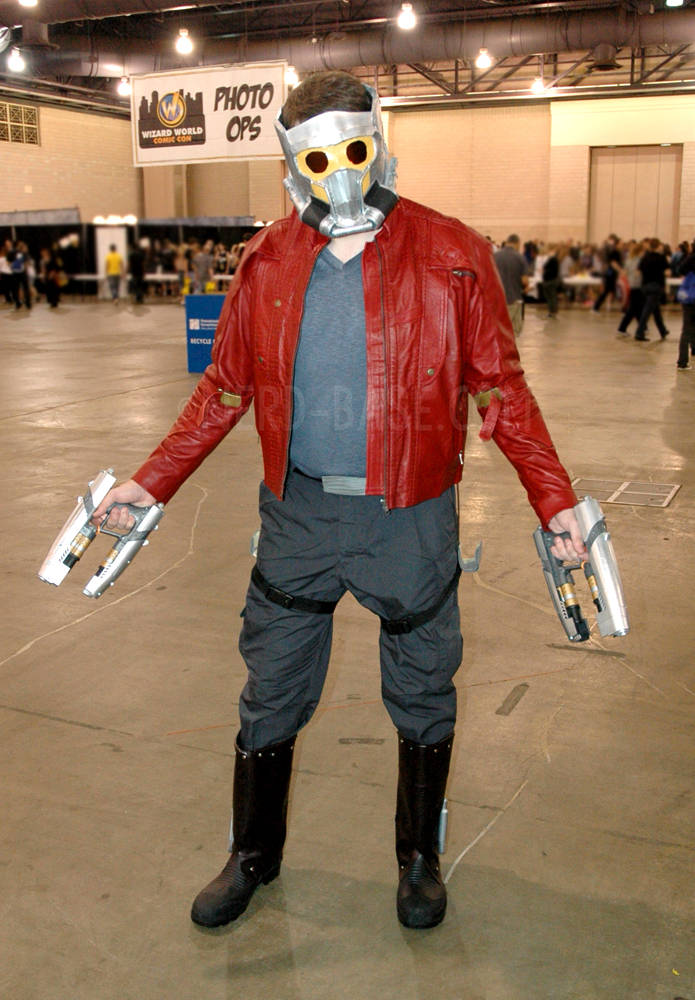 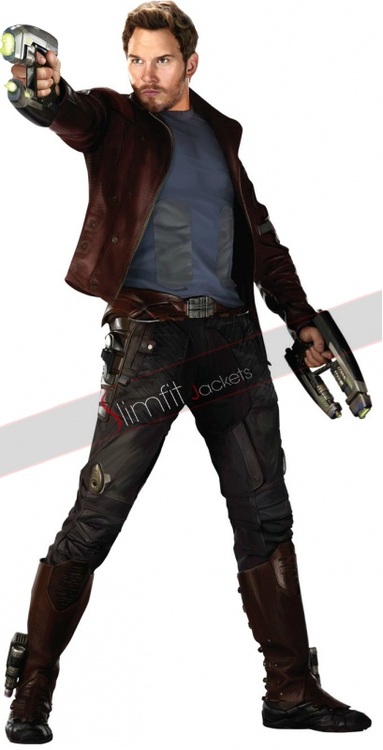 We have a comic con coming up next week so I am headed there to try and source some local talent. Also heard there is a decent costume shop there. Starlord might be a good choice. Thanks for the suggestions!

After our first costume princess dress purchase, we had to scrap it and build from scratch. So even the princesses aren't as easy as we thought, but hopefully the costume and actor are a success for this weekend's event. Our first character event!

Check out this thread, it's a relatively cheap batman build that still looks great

You can easily use the same concept to make a new 52 supes. Also with enough creativity you can make a spider-man costume for relatively cheap. Symbiote spidey is just making the symbol and the lenses (I made a pair out of sculpey and speaker mesh like spideysparrow http://www.therpf.com/showthread.php?t=157959 ) but you can also modify a decent zentai suit to look better. Maybe something like robin where you can make a muscle armor top, paint it and use black tactical pants and just make a mask out of foam. Foam will be your friend for these builds haha

Edit: check this thread out as well, it has an extremely useful foam technique
http://www.therpf.com/showthread.php?t=195556
Last edited: May 16, 2015