I picked up a (small) millennium falcon model on clearance somewhere; recently found it in my car and gave it to my (7 year old) Son to work on. He assembled it easily (I helped very little) and it's pre-painted, with lights and sound even! Pretty cool!

Does Walmart carry these models? I think even there, models were rare to find now-a-days.

RPF PREMIUM MEMBER
Revell had their build and play line, that you can look for. I know they had a Star Destroyer that is pretty nice.

Walmart occasionally has a free standing display with some Round 2 kits- a random selection but decent prices. These seem to appear in random stores and are located near the toys or electronics most of the time but I have found one near cosmetics.
Best of all snap kits are the Bandai ones- very accurate and well thought out- most even have colored pieces instead of needing paint. Hobby Lobby carries them but the selection is not great. Round 2 has line of snap kits as well, simpler in detail and easier to assemble.
Best bet would be to call around to local hobby stores and ask what they carry, you can find them on Amazon as well.

Thanks- I guess I'll have a look around online.

There's a Hobby Lobby near my house but nothing near where I work- that's when I have time to get out to a store...

You can usually find them cheap on line while they are still in production, but once the Revell kits are out of production, or the big stores stock dries up they seem to be treated like they are made out of precious metals and people start asking ridiculous prices on line for them

I am not sure if this is because people assume anything "collectible" from Star Wars carries big prices, or if this is just a model kit thing in general, or a bit of both

Although they are nice kits for kids, or people that like to do a quick build, but not paint etc... But those people are not paying collectors prices for them either

Barne's and Noble usually has any number of the Bardai Star Wars kits at their stores, but availability differs from store to store. You can also try Target for the Bandai stuff because they recently worked out a deal where Target will now be carrying Bandai products.

Well, for my son, having something he can assemble quickly and play with is big.

I want him to do more with following the printed directions and fine motor for the assembly. Later he can do more advanced kits, if interested, but for him he wants “the toy” so the motivation is built in.

He does pretty well with Lego as well but if it’s rebuilding an old kit, gets frustrated (as do I) trying to find the right piece in the massive box of lose pieces…

Thanks again for the replies!

ID10T said:
Well, for my son, having something he can assemble quickly and play with is big.

I want him to do more with following the printed directions and fine motor for the assembly. Later he can do more advanced kits, if interested, but for him he wants “the toy” so the motivation is built in.

He does pretty well with Lego as well but if it’s rebuilding an old kit, gets frustrated (as do I) trying to find the right piece in the massive box of lose pieces…

If the Revell kits are too scarce now, he could try some of the small Bandai vehicle collection kits like the 1/144 X-Wing, the small Razor Crest etc...

They are a lot less complicated than some of the larger Bandai kits typically having fewer parts with simpler construction.

For example, the X-Wing is just two fuselage halves instead of dozens or more like the larger 1/72 kit

A lot more like the larger Revell kits in terms of parts and assembly, just a bit smaller

Plus, they have stickers vs decals which are a lot easier to slap on.

You can usually find them for under $15 to $20 (or less if discounted) at Hobby Lobby, Target, and Barnes and Noble

Michael's used to carry them as well.
The Target I work at only carries Gundam.

I’ve got to get to hobby lobby some how. I have zero time for anything I want to do these days.

Today for example, besides mowing, cleaning fixing, inflating and finally filling the pool, I had to make a gramophone with my son. Which is great. He made one himself that works, but he wasn’t happy with it.

Had to step it up: 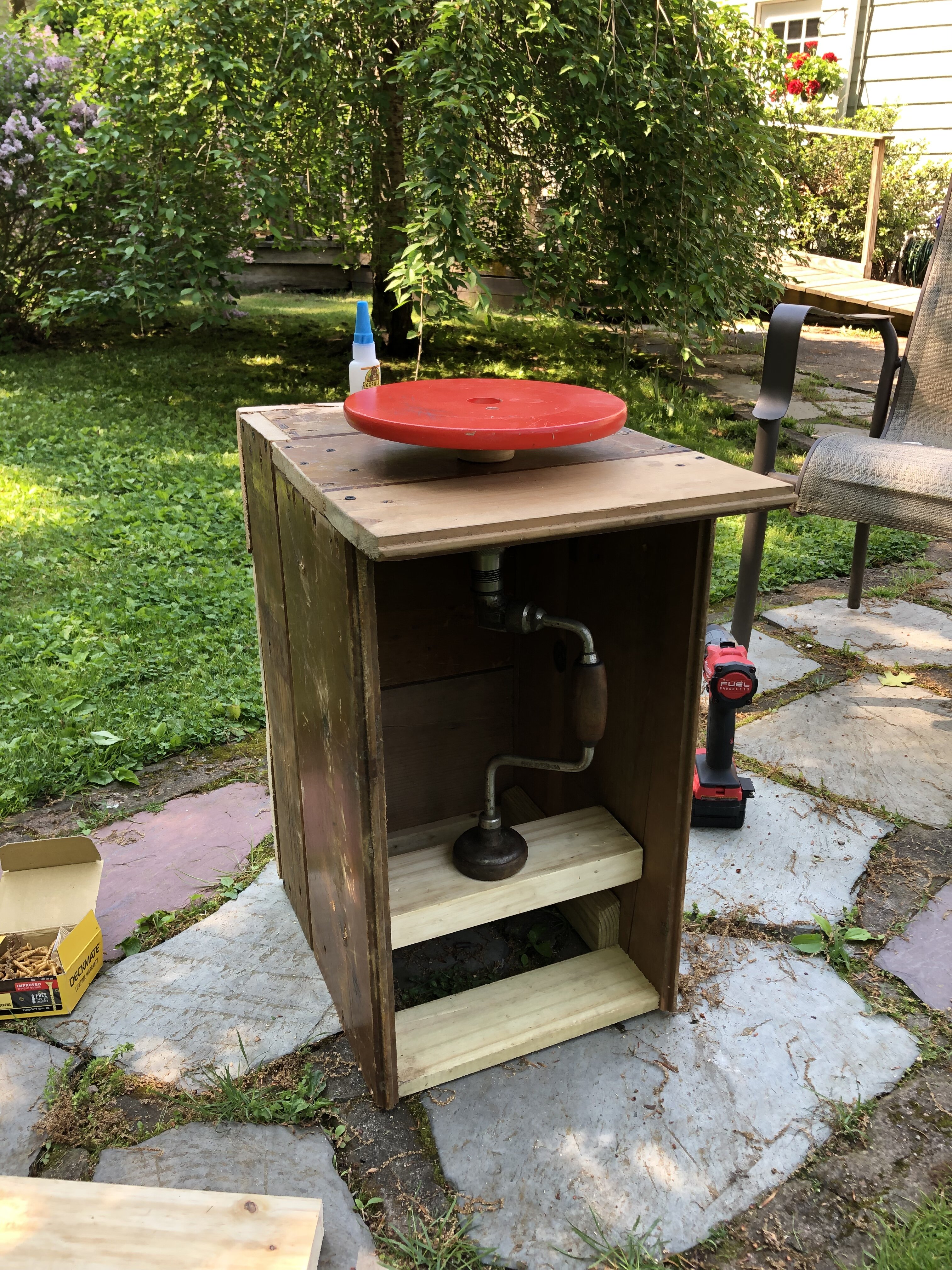 And the grass is nicely trimmed for the photo.

I started my son off with snap kits but by the third he wanted to try a glue kit. For his first one I chose the MPC Snowspeeder kit. It is large, simple to build and looks good with a light weathering.

My “tackle box” is in work with some model glue, amongst the other stuff for modeling and building in general… my son keeps asking me to bring it home because he’s seen my hoard of unassembled models.

Rick and Morty Ship, for funko 5in figure release