What is your "Scariest Movie Moment" ever?!

I was talking with the wife and this turned out to be a really fun question to ask some of our friends:

What's the SCARIEST moment in a movie or tv show that you've ever seen? What made it sooooooooooooo frightening for you? 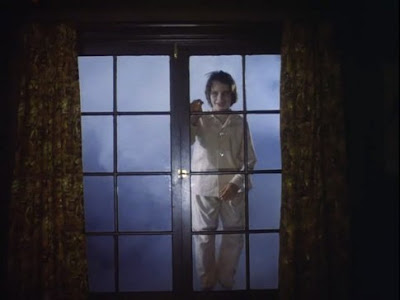 The one part in Exorcist III but watch the whole movie and don't watch spoilers to see just the scary part.

Guaranteed pee will come out.

The first is when he gets up to go pee in the middle of the night and sees that crazy woman in the kitchen.

The second is when he's walking toward his room only to see someone walk in ahead of him. I think it was a dead kid with an arrow in the head?

The third is when he's in the tent and the little girl appears in there.

Most people say it isn't scary but that movie still freaks me out, if someone turns it on I just leave the room. Probably creeps me out just because I can actually visualize that happening in my apartment in the middle of the night.

Yes, here's a good idea, take your little kid, who lives in Alaska, to see an movie about a 18 foot tall Grizzly that dismembers people and eats them! Body parts flying everywhere! Had nightmares for a couple weeks! My bedroom was on the second story, but a bear that stands 18 feet tall doesn't need stairs!
Man, that movie is lame!


As far as adulthood, I can anticipate most stuff that might startle me, so it is blunted. There are a lot that creep me out though. So no real "scariest moment" to share.

The hokey old head in the boat moment in Jaws still gets me more than thirty years later.

The scene on the moors from An American Werewolf in London.
M

I couldn't look at the Wicked Witch of the West for the longest time.

The scene where she's on top of the house and throws the fireball at the Scarecrow, scared me to death when I was little.

....and the Death coach from Darby O'Gill and the Little People was frightening too.

micdavis said:
....and the Death coach from Darby O'Gill and the Little People was frightening too.
Click to expand...

Oooo good one, and don't forget the Banshee! 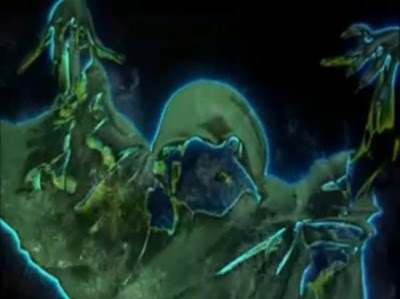 RPF PREMIUM MEMBER
Jumpy spiders in "Arachnophobia". But only because the buddy to my right was eating gummi bears and when he jumped they were flying all around and imagine being hit by something tiny, unidentifiable in a dark theatre in a scary moment...

Then there was the library ghost in GB, of course, the beautiful ghost in Indy... ah, the childhood classics...
J

As a little kid, I would rush out of the room whenever the klaxon would start and not come back in until all the noise was gone. I think it wasn't until I was 8 or 9 before I finally mustered up the courage to watch the scene entirely.

"Have you checked the children?"

Great suspense and freak out reveal that, "We've traced the calls, they're coming from inside the house!"

Mullholand Dr., the homeless guy behind the diner scene. I had a heart attack like that dude almost!

wannab said:
Oooo good one, and don't forget the Banshee!

OMG! YEAH! I still to this day get freaked out when I see her!

There was another moment. The House on Haunted Hill remake. When that chick with the camera goes to the basement alone, and there's some figure standing there, and it just zooms up to her. I still have trouble watching that part.

Jannix Quinn said:
The one part in Exorcist III but watch the whole movie and don't watch spoilers to see just the scary part.

I agree 100%!! I was going to post the exact same thing. That scene caught me completely off guard.
I don't want to reveal it either. If you haven't seem it, check the film out.
Mike

Funny you mention TMP Jeyl- when I was watching it in the theater in '79 (at nine years of age)
and "Ilia-droid" smashed through the steel door, it scared the crap out of me! I jammed my hands
over my eyes! :lol

Other things that made me "jump"-

-When the facehugger in the stasis tube lurches at Burke in Aliens.

-The music cue scare in The Thing '82 (after which Fuchs says "Who's there?")

But the one film that truly scared me as a kid was "The Legend of Boggy Creek". This essentially was a quasi-documentary about Bigfoot. This movie haunted me for years as I believed (despite living in the city) that one day Bigfoot would get me! :lol


(*Guilty of not picking "one" scary moment )

The semi-transformed guy's scream in 82's The Thing! GAH!

The Grudge is one of the dumbest movies...but the ghost creeped me out for a long time -_-.

A few scenes from Event Horizon...the church scene from 28 Days Later...The Sentinel...and the ghost hiding behind the door who just walks out in front of the girl O_O.

In the first five minutes of "Phantom Menace" when Nute Gunray's assistant said, "Are you brain dead?" At that point I was genuinely scared sh*tless.

Yesterday at 11:19 AM
Egon Spengler

What is this 80s scifi movie?