What is Your favorite Vader Costume and Why?

Just thought it would be fun to discuss and hear everyones thoughts on the various Vader Costumes.

My Favorite Is ANH Vader. His suit to me looks rugged and the expression on the face of his helmet looks menacing with the widows peak dome and lower set dome position, giving him a scowl. To me the paint chips etc make the suit look battle worn and "real," Like if someone actually had an armor suit that's probably what it would look like. A little rough around the edges because life and the war has been rough.

ESB. Whenever I think of Vader, even before knowing what the difference between the movie suits were, it has always been the ESB version that I imagine. If were talking details, I prefer it over ROTJ just for the extra greebles on the chestbox and the dome shape on the tip of the mohawk.

RPF PREMIUM MEMBER
I'm not an expert on the complete costume, but the opening scene in ANH had the biggest impression on me as a kid watching the movie in the theater. All of Darthguitarists comments above resonate with me about the helmet. Rough paint, widow's peak dome... I appreciate the showroom-clean ESB and ROTJ look (probably makes sense that he would normally look like that when not in active battle), but still gravitate toward the first appearance.

RPF PREMIUM MEMBER
I'm a fan of the glossy helmet from RoTJ.

Here is a good image I found. I wish I knew who to credit for this, if it's one of yours say so.

ESB, the shoulder armor uncovered and the changes to the helmet make him look more menacing than ANH (except the loss of the red eyes). Not a huge fan of the smaller dome in ROTJ.

Seeing the internals of the helmet in ROTS as first built was really cool as well.

RPF PREMIUM MEMBER
Vader looked very intimidating and scary, as long as David Prowse was in the costume.

Anyone else who tries to put on that helmet ends up looking like this guy (an “accurate to screen-used helmet” appears to be HUGE in size): 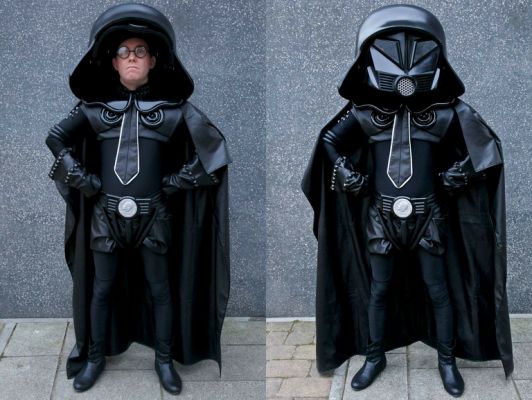 ScourgiousJinx said:
ESB, the shoulder armor uncovered and the changes to the helmet make him look more menacing than ANH (except the loss of the red eyes). Not a huge fan of the smaller dome in ROTJ.

Seeing the internals of the helmet in ROTS as first built was really cool as well.
Click to expand...

To me the vader helmet in Esb and rotj the face has an almost "shocked" expression. Deer in headlights. He looks much more serious/focused/ in his ANH helmet. But I agree, with more exposure of the chest armor it creates the illusion he is wider. With the under robes over the chest plate he looks narrower cause it blends with the fabric from the cape, making his shoulders and chest seem less upright and narrower.

Although it's hard to appreciate without acknowledging the costumes that came before it, the ROTS costume is probably my favorite based on a couple of things:

1) It was able to recreate cinema's most iconic villain in modern times without trying to completely replicate the original look.

2) It was tailored more to the wearer than something like R1 which looked like the actors were swimming in the suit, even though there is an almost 7 inch difference between Hayden Christensen and the two gentlemen who played Vader in that film.

3) It is, in my opinion, the best looking Vader in person. While the imperfections of Vader's costume in the OT and R1 gives them a lot of character on-screen compared to ROTS, in person, a high quality ROTS suit is a sight to behold. Even the lightsaber, which no longer looks like a found parts saber, but made to look sleek and fresh like the PT sabers.

RPF PREMIUM MEMBER
My favorite is Joe Johnston's homemade McQuarrie-style Halloween costume from 1976. It's just so weird and cool. 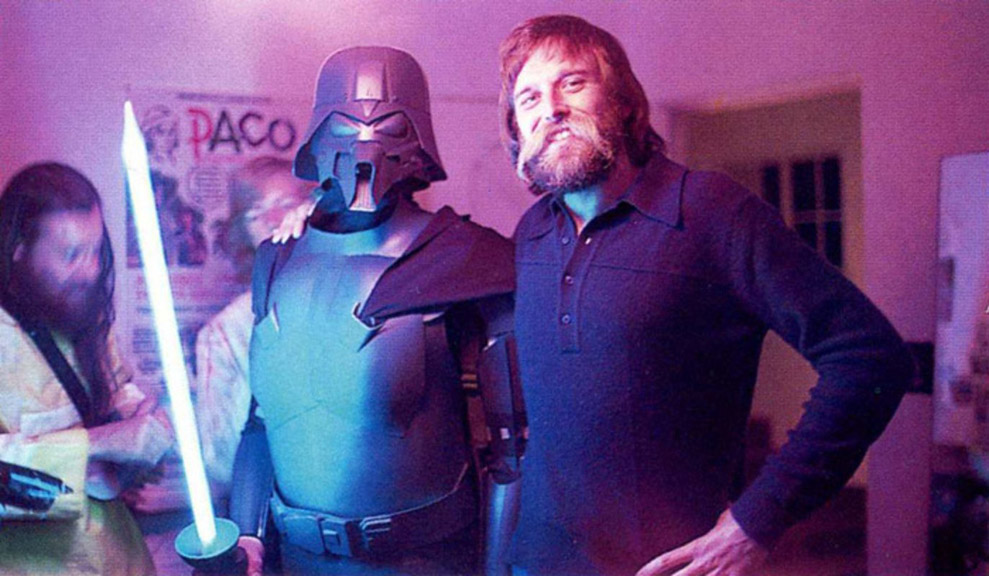 I'm not really sure which I would pick, probably ESB if I'm honest, but man does he look like a dork in R1.
D

ESB- when I was a kid I always got lost in and still do in the nostalgia of cloud city bespin. The array of colors...and then the menacing gloss black seemingly untouchable dark lord of the sith... Darth Vader. ESB Vader still calls me to my childhood whenever I watch the trilogy. If I had a second it would be RO 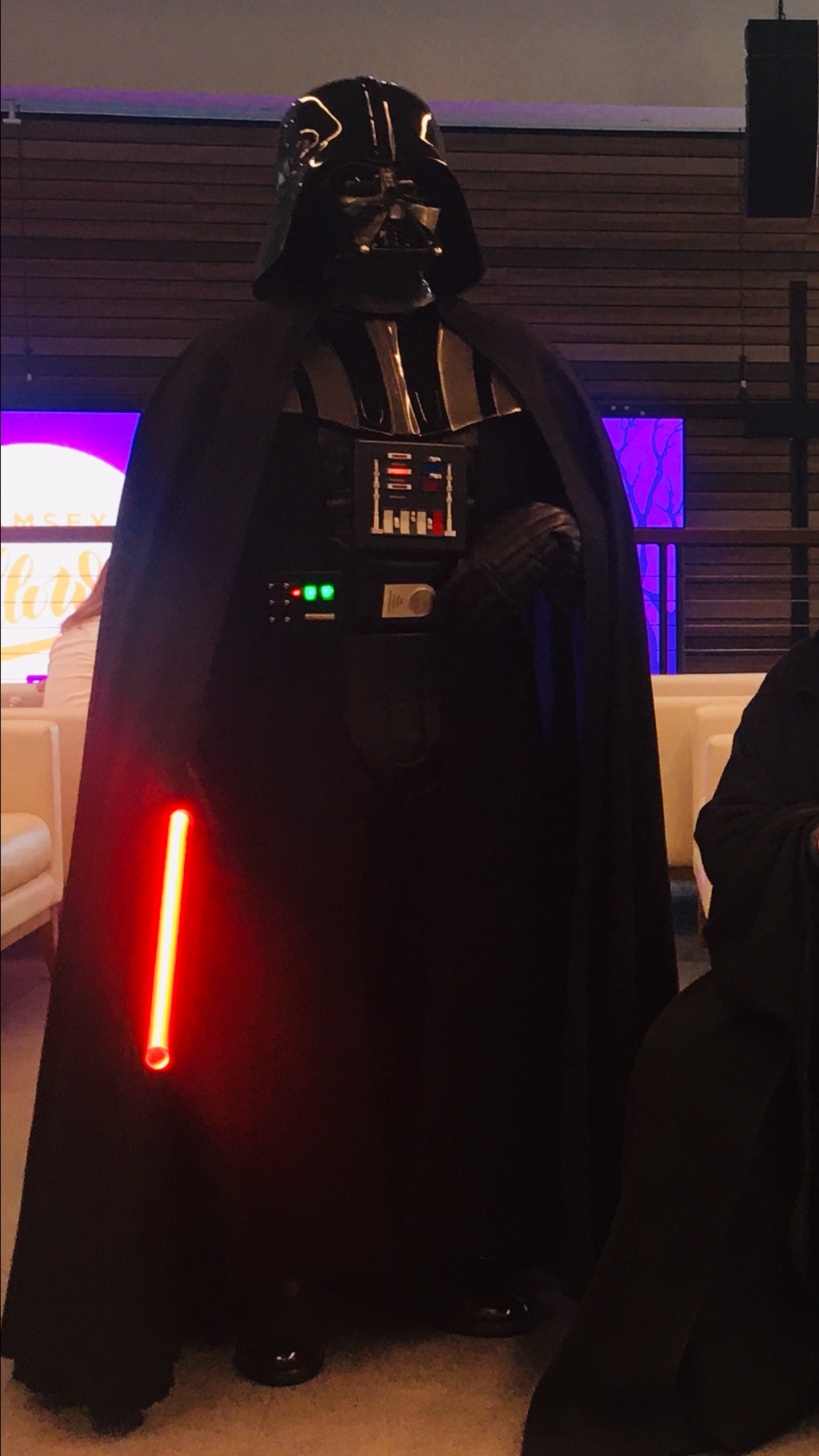 ANH all the way. The weathering on the helmet makes it look more metallic than the next two versions, and ROTJ looks way too much like plastic. I also prefer the cloak over the armor. To me, the other way looks like he's wear football pads over his jersey.

That said, if I had to pick one image of Vader it'd be him reaching out to Luke in ESB. That's just sums up the character for me.
D

Synz314 said:
ESB. Whenever I think of Vader, even before knowing what the difference between the movie suits were, it has always been the ESB version that I imagine. If were talking details, I prefer it over ROTJ just for the extra greebles on the chestbox and the dome shape on the tip of the mohawk.
Click to expand...

I think that is the case for most people. The version of Vader most replicated in popular media etc is the shiny more refined esb/rotj look. Casual fans wouldn't be a able to notice a difference between those two, where as ANH looks distinctly different to the casual observer. I think most casuals would be more awe struck by nice ESB/ROTJ costumes because that is their pre conceived expectation being met. 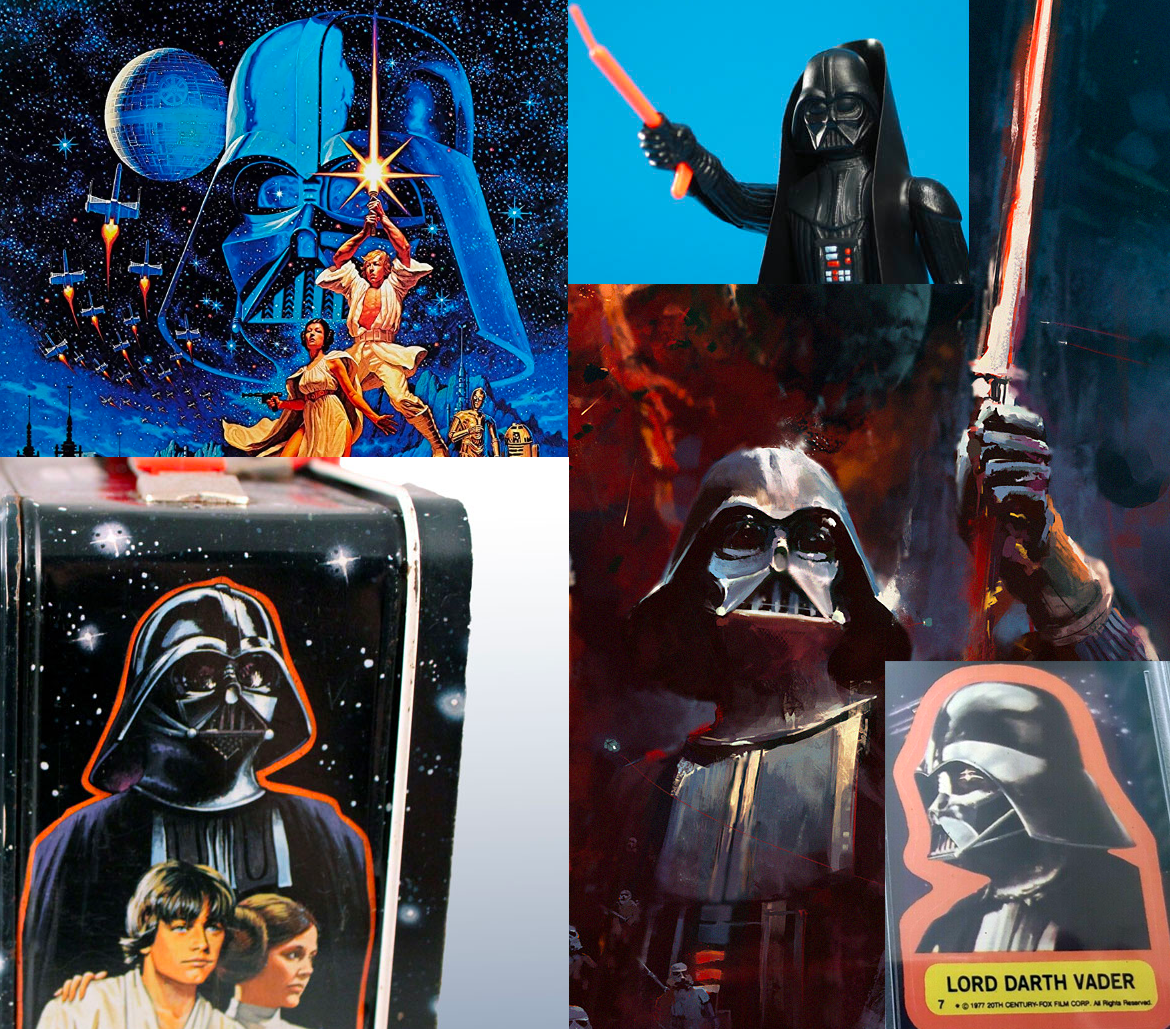 Yes! I'm old enough to have seen Star Wars in the theater (before it was even called "A New Hope").

ANH all the way. The asymmetrical face is more menacing.

He did look great in Empire too.