What are folks using to paint their MK IX Tricorders these days?

RPF PREMIUM MEMBER
I am back at it. Building my 4th Mark IX Tricorder. I am just about finished with the putty/sand/repeat stage and headed into priming.

Since finish painting is not far behind that, I have started casting around for my favorite paints. After 3173 disappeared I used to be partial to the GSGM347 but it appears to be gone. It may have been too dark anyhow.

Since Plastikote keeps changing their colors, I was wondering what folks are using for GM color code 15 from 1983 on these tricorders these days?

RPF PREMIUM MEMBER
Thanks for the tip.

I use Vauxhall Smoke Gray base coat, with a dusting of Audi Dakota Gray - a kind member here sent me a sample of GM7173 and this pretty well matches it.

Would this work for a MK VII or would that be inappropriate?

Anakin Starkiller said:
Would this work for a MK VII or would that be inappropriate?
Click to expand...

Also asking a for a friend....being me.

Anakin Starkiller said:
Would this work for a MK VII or would that be inappropriate?
Click to expand...

The MKVII was Krylon Dove Grey with a misting of dull aluminum. Krylon stone grey is another option

Tripper said:
The MKVII was Krylon Dove Grey with a misting of dull aluminum. Krylon stone grey is another option
Click to expand...

IIRC, the closest match is currently Krylon Castle Rock. It's a bang-on match for an old, old, old can of Dove Grey I have. They changed the Dove Grey formulation years ago and it no longer looks the same.
E

RPF PREMIUM MEMBER
Krylon Castle Rock is very close to a later dove gray that was used to paint early Voyager PADDs. It’s a bit too brown for the VII tricorders (I learned this too late as I used it on one of mine, though it doesn’t look too off once the silver mist is in place). After Castle Rock was first identified (thanks to AnubisGuard I believe!) it was my go-to, but further information has led me to believe Classic Gray is a superior match overall (read on).

Here is a production made and partially finished Voyager PADD in a later “dove gray” (painted at time of production). The styrene square is painted in Castle Rock, as is the tricorder (2014ish). 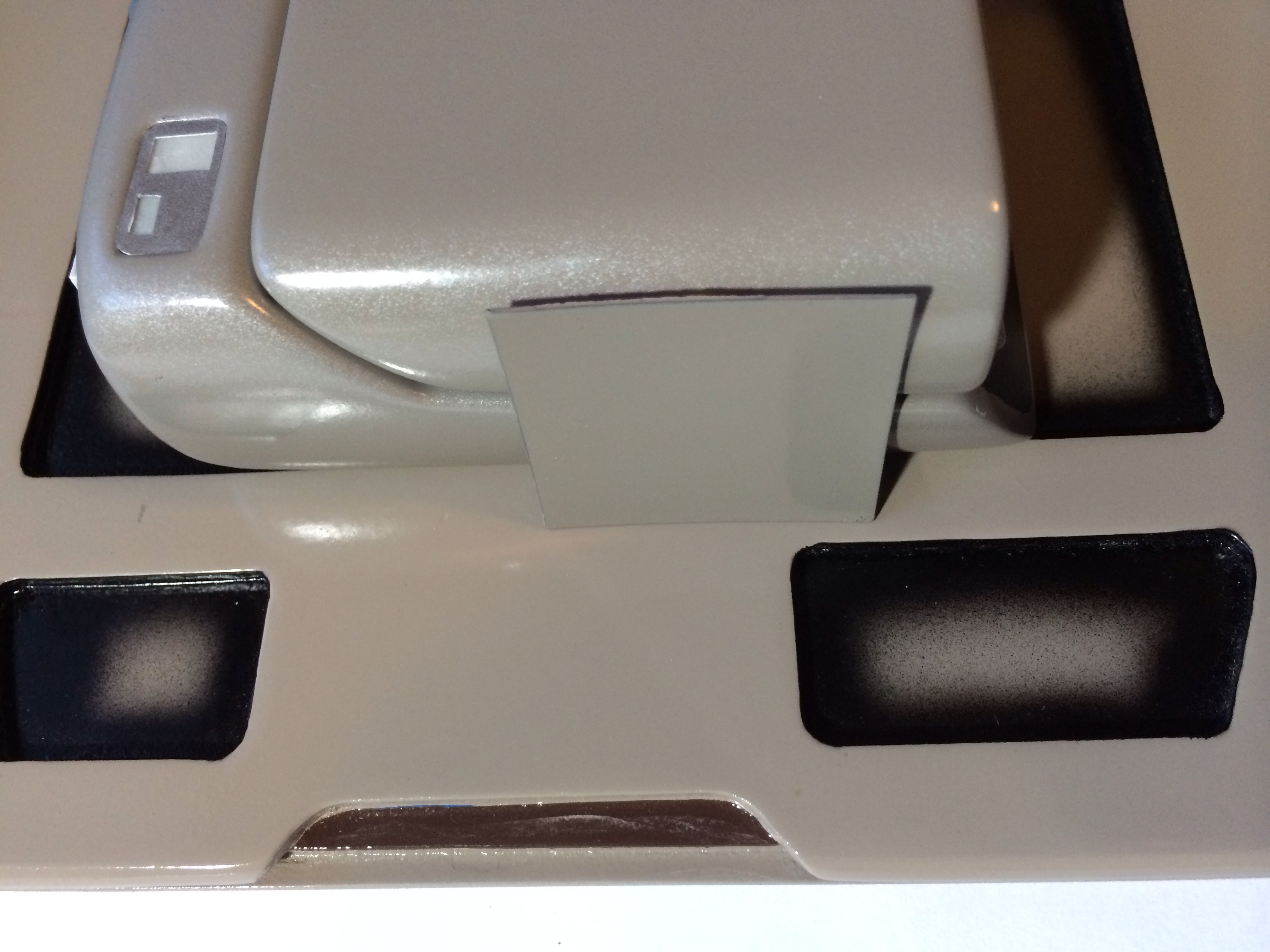 Krylon Classic Gray is near dead on for Krylon Dove Gray from the time of early TNG. The photo below shows a marker tool painted a few years ago in Classic Gray compared to the screen used early TNG medkit and it’s very close. The medkit itself is shown matched to a sample of vintage Krylon Dove Gray, upper right. The Voyager PADD is the same as shown above. 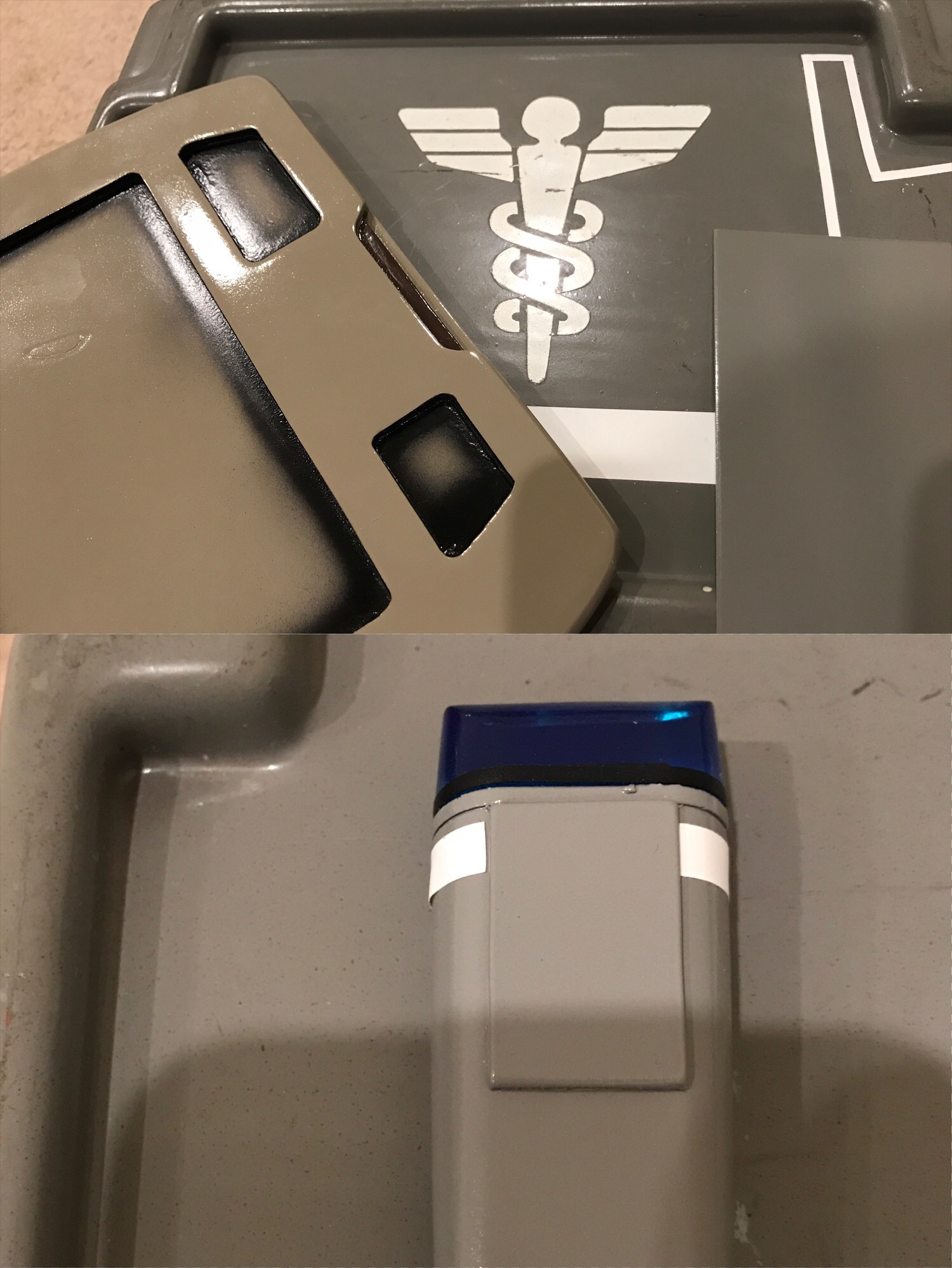 Krylon Stone Gray works too but is a few shades darker.

A quick disclaimer that there were many different shades of dove grey used over the course of the production of the three TNG era shows; as the props were built, paint colors varied depending on what brands and colors were available in local stores, which prop companies built the props, and as paint formulations changed over the years... the Voyager color above is an example.
Last edited: Apr 10, 2020

RPF PREMIUM MEMBER
Has anyone put together list of specific paint colours for all the TNG phasers + tricorders? I know some of the colour names have changed over the years.

RPF PREMIUM MEMBER
Any duplicolor paints that are a good match for a Mk VII?

I got sick of the lack of good equivalents and set about using currently available Duplicolor paints to mix a custom substitute. I think I got pretty close: 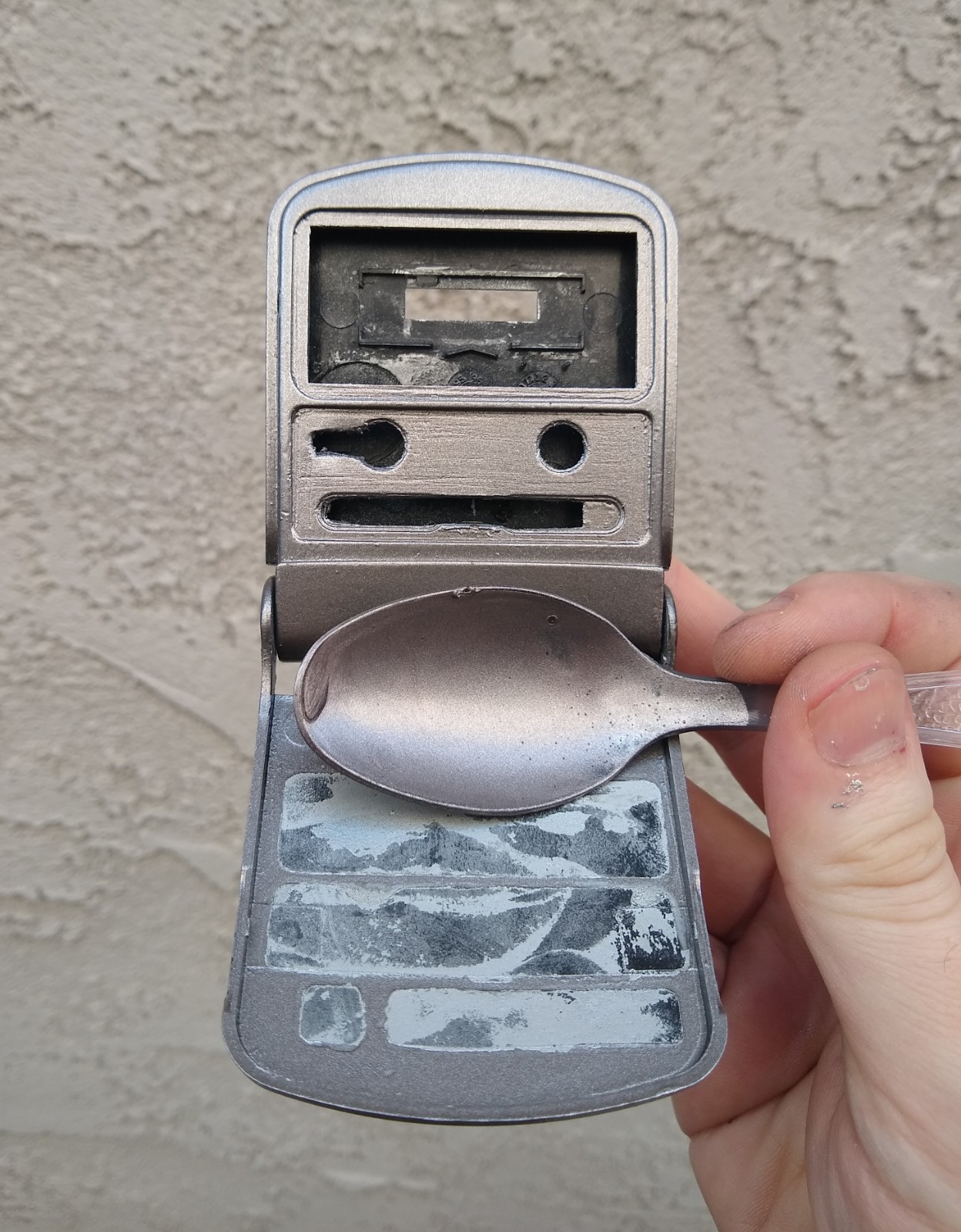