I have always liked Greatwazoo's pocketwatch with the Seal of Rassilon on it. Well, thanks to another member who helped me out with the 3D file (he will remain nameless unless he wants to reveal his identity), the Magic of Shapeways, and permission from the Legendary GreatWazoo himself, I now have created The Next Doctor's Pocketwatch.

I chose a non-spring loaded lid, just to have a bit of difference between his and mine.

The Seal is Shiny Gold Material that Shapeways uses.

Here are the Pictures: 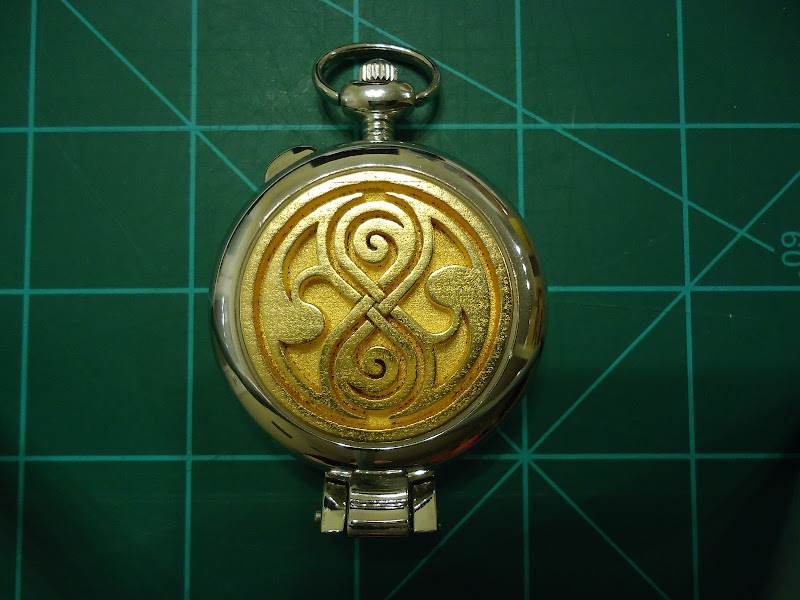 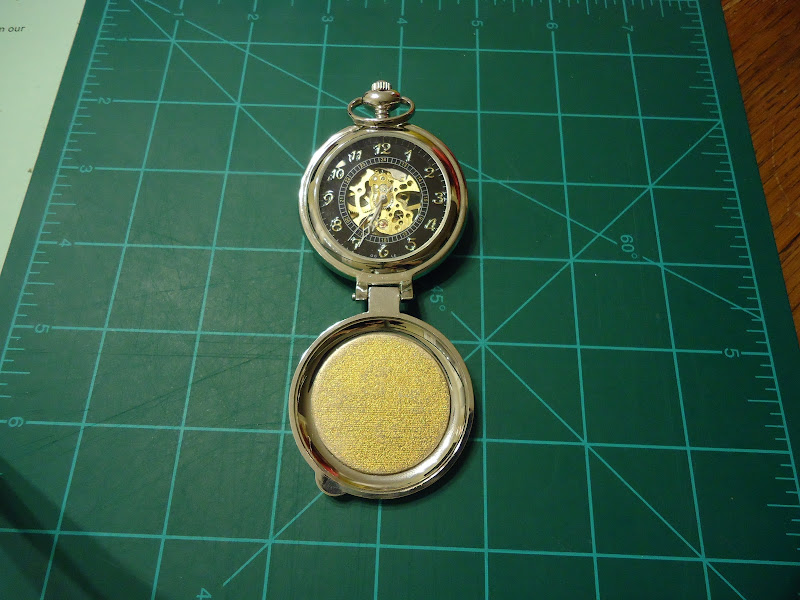 That is less a prop then a VERY cool piece of artwork.

You keep this flattery stuff up and I might just let you make a replica of me eventually.

You did a fantastic job of that watch. Very, impressive.

You keep this flattery stuff up and I might just let you make a replica of me eventually.

You did a fantastic job of that watch. Very, impressive.
Click to expand...


You would have to use a lot of mashed potatoes to make the replica! :lol

Yeah but at least then it would mean something.

You keep this flattery stuff up and I might just let you make a replica of me eventually. .
Click to expand...

They sell mold-at-home kits for that, actually. :lol

Ah the Watch of Rassilon... Awesome!

This "watch" is made from a Scrapbooking Watch I found at Hobby Lobby and I had a larger Seal printed at Shapeways in Alumide(?) I made it more silver using Rub-n-Buff and "weathered" the recessed areas.

This one is going to be a Christmas Ornament, IF I can get it away from my son. He his running around with it and his Sonic Screwdriver saying he is the 12th Doctor 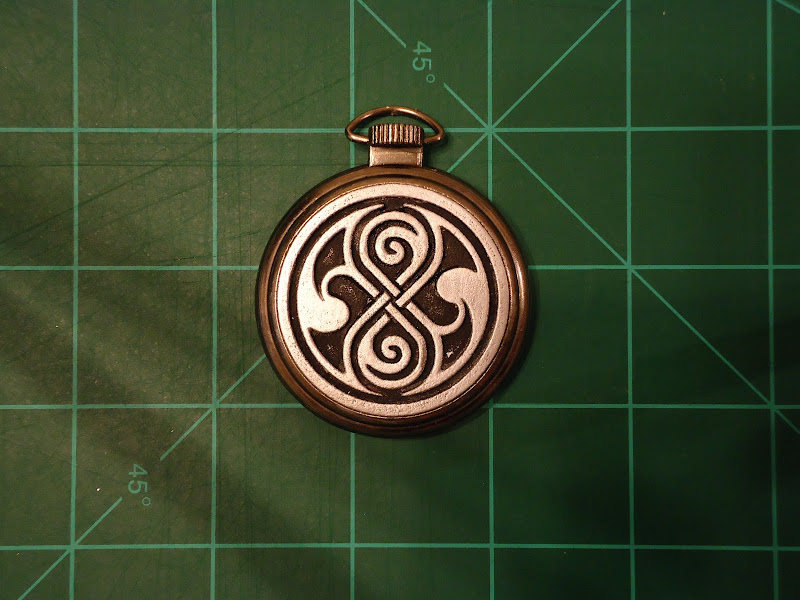