I'm not sure if this is the correct section to post this, but I saw some older threads in this section calling out Alfred Norris for his business practices. So I decided to post this here as well. I feel that I must put this out to warn others, who might read this and save themselves a similar situation. Although I probably should have done this 6 months ago, but better late then never.

Its been over a year since I ordered a spidey suit and face shell from Alfred Norris, and never received anything. I've limited where I discuss this to give him every chance to make it right, avoid drama, and for concern that he might sabotage the suit out of spite. But now people have to know, so that others might avoid getting ripped off by him.

Based on his timeframe (2-3 months), I believed I would have the suit in September 2014. Allowing me to use it for the last 6 cons I've been to since then and other local events. Thereby justifying the cost before I start full time at the University of Washington this fall, when I obviously won't be going to as many events. So even if I got it now, it would be tough attending enough events to justify the cost. Especially with other costumes I'd like to try.

He's said he just needing to finish up the boots back in September, again in November, and then just needed to finish up a zipper earlier this year. Can't prove he was lying there, but it seems likely. However, I can prove he's lied about saying that he would be "shipping it out next week" at least 6 times. Each time, only after I pressed him for an update. Which leads to the lack of updates in general and only one suspicious photo. Which had a superman costume in it, the spidey suit was folded up, and all I could tell is that it didn't have the raised spider I paid extra for.
I've seen similar stories about him, his old bay reviews, and run into others at cons who've been ripped off by him. In fact, yesterday I was contacted by someone in the same situation with him, after on the RPF board. The stories all sound the same... that he doesn't communicate, doesn't give updates; and he's either extreme late, doesn't deliver as promised, or doesn't deliver at all. I'm out over $900 and a over a year of time, that I could have used to get a suit from someone else. I can't get my money back or re-attend all those events I didn't have the costume for. But I can warn others... maybe someone else will hear about my experience and save themselves from a similar situation.

Update... Since I originally posted this on several Facebook costume groups, I've been contacted by many others who've been ripped off by him. Some who received items late and different than promised, others like me who never got anything. One person who ordered a Superman suit, posted the exact same and only "update photo" that I was ever sent by Alfred. A photo that showed superman and spiderman costumes folded up next to each other... suspiciously looking more like a stock photo, than an update on the progress of a specific costume. Here are the two photos... The first was sent to me, the second to the other person. Also keep in mind that my costume was supposed to be done months before the other person even ordered his. 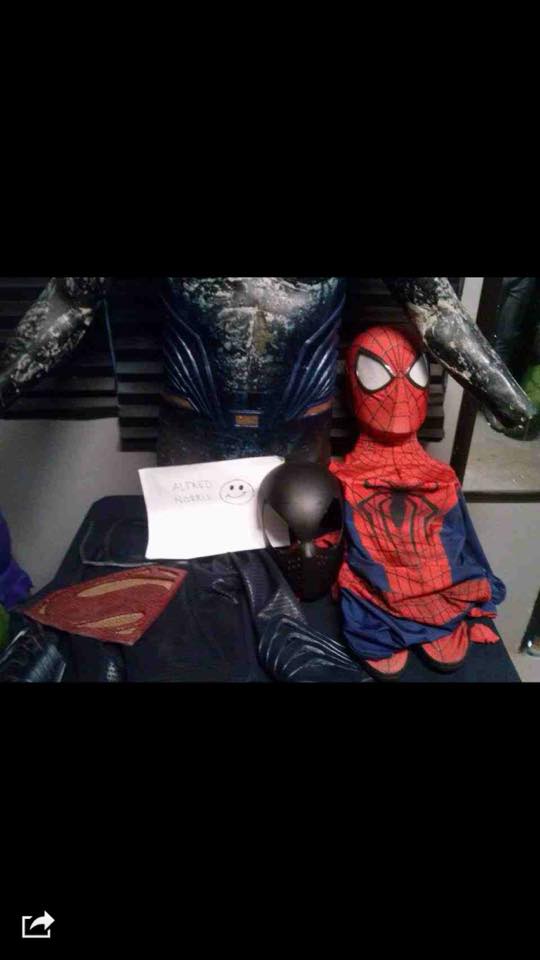 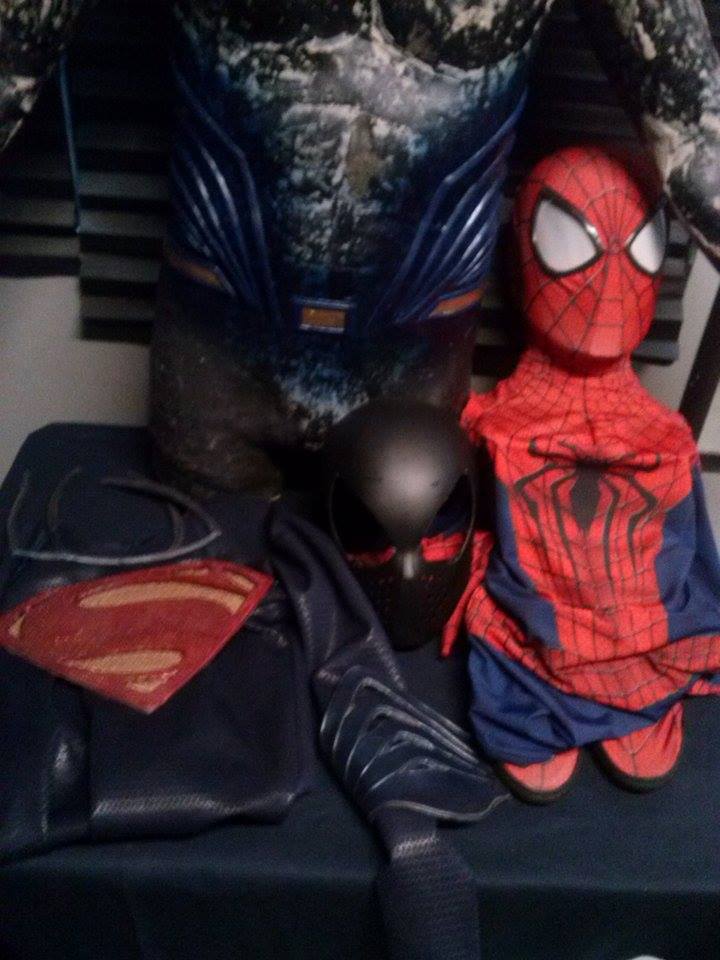