hello I am trying to find reference photos for the blanket shawl Elizabeth Olsen wears in the scenes in Sokovia and Korea. I'm attaching the concept art and every screen capture that I have made showing the texture and the weave. I'm not looking to buy a replica. I'm actually trying to find photos of the original, so that I can figure out what the pattern actually is that's woven into the fabric and possibly find out what kind of fabric it is whether it is raw silk, silk cashmere, sheep's wool, yak wool, etc. 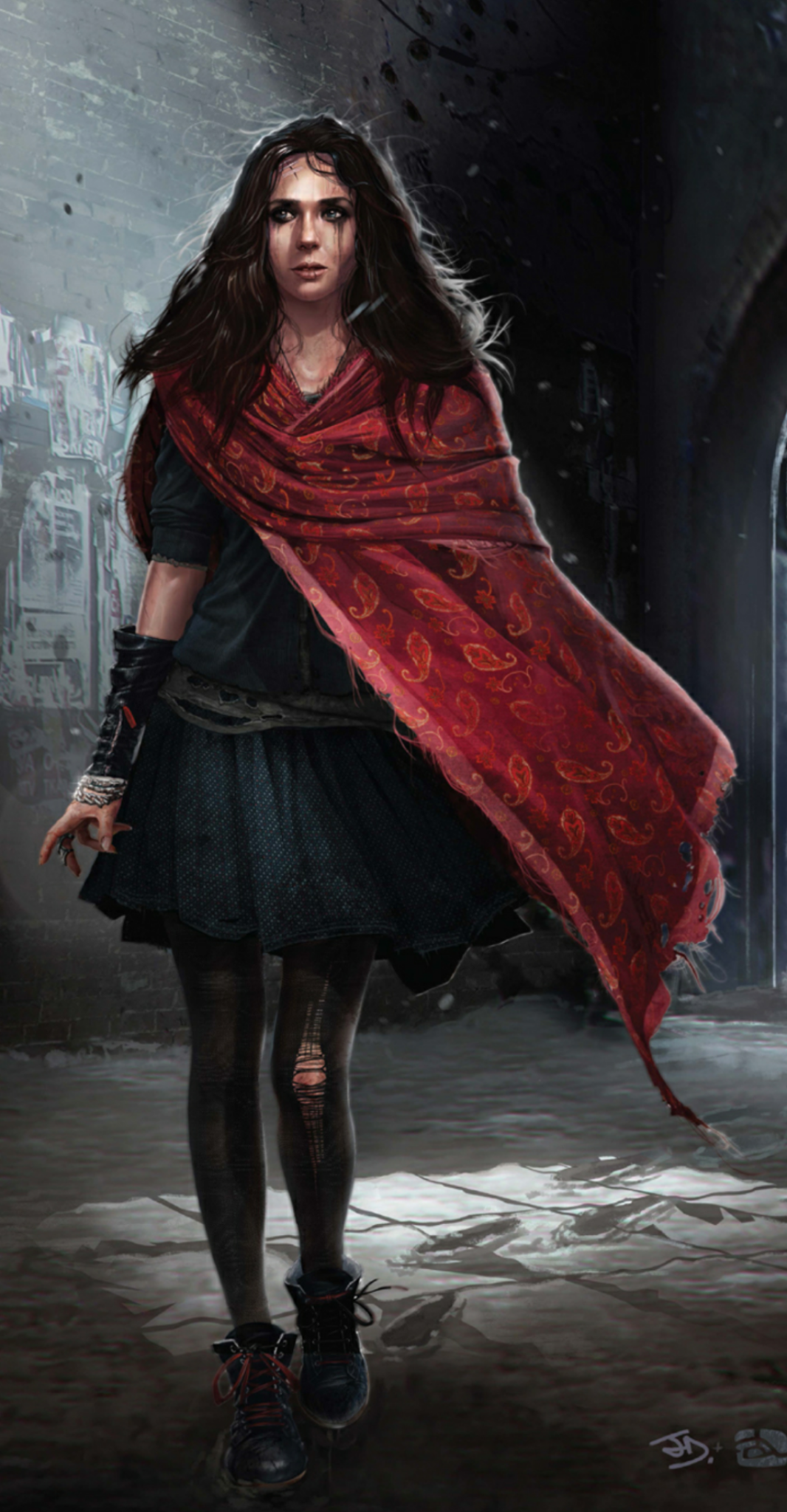 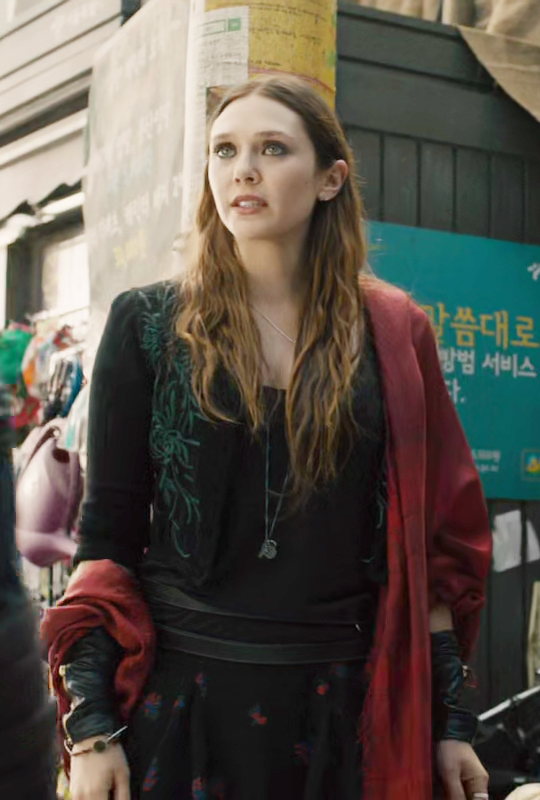 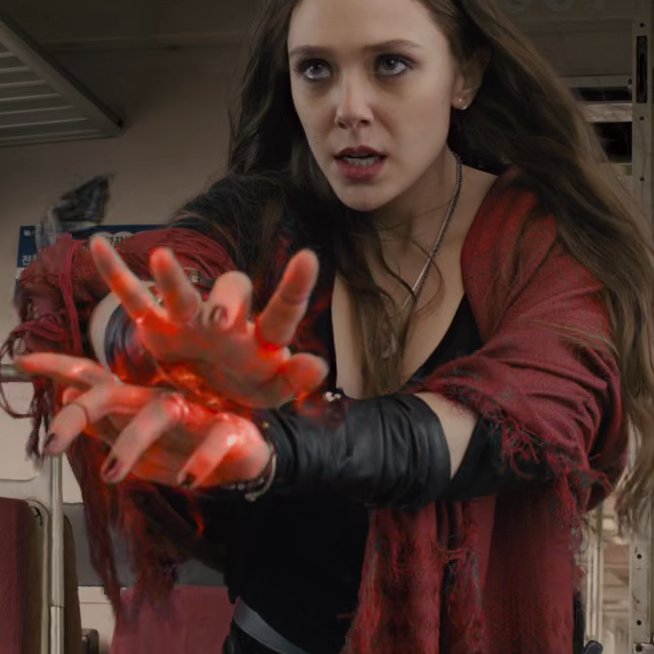 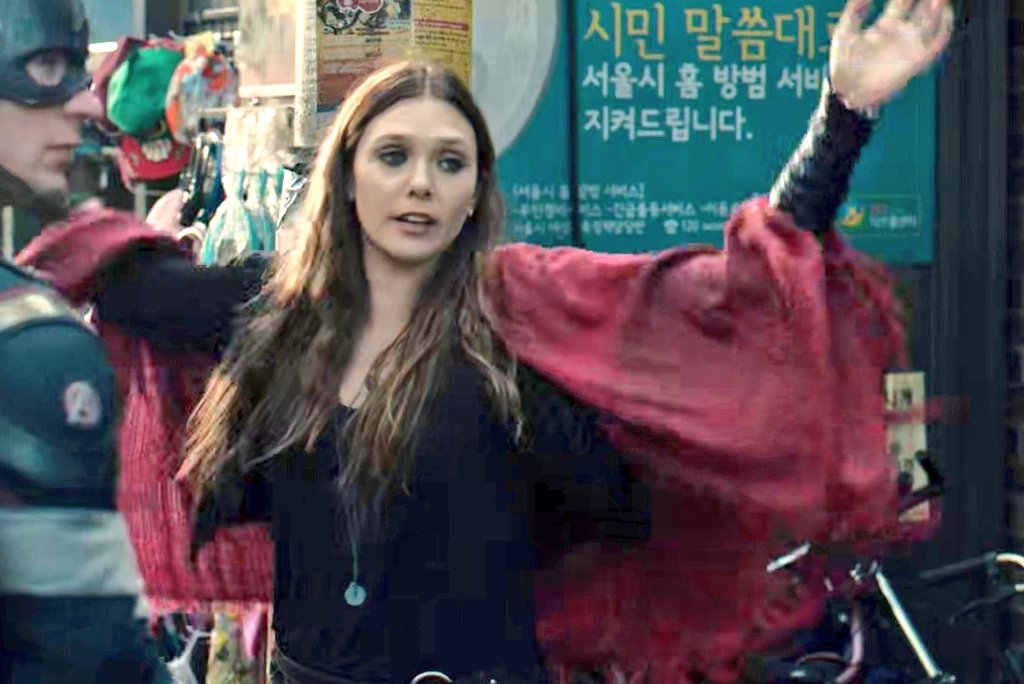 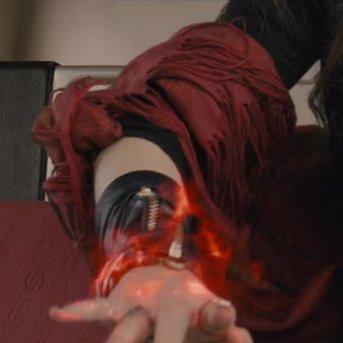 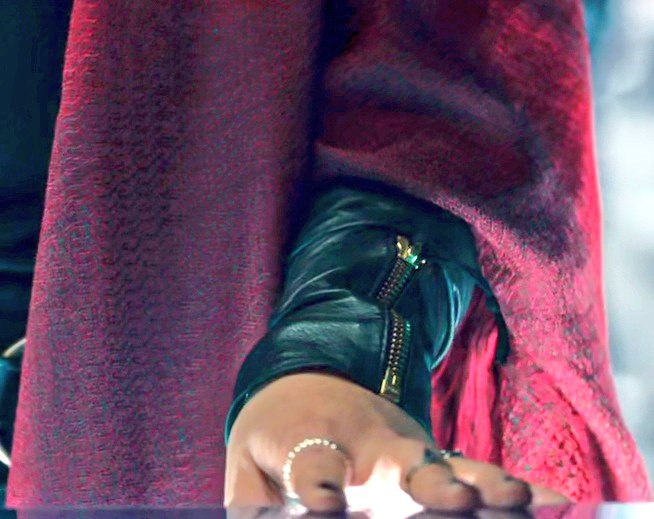 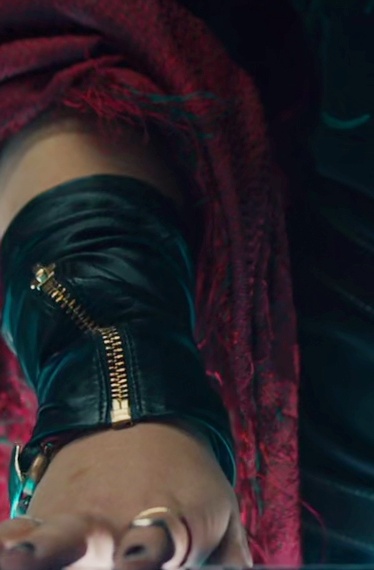 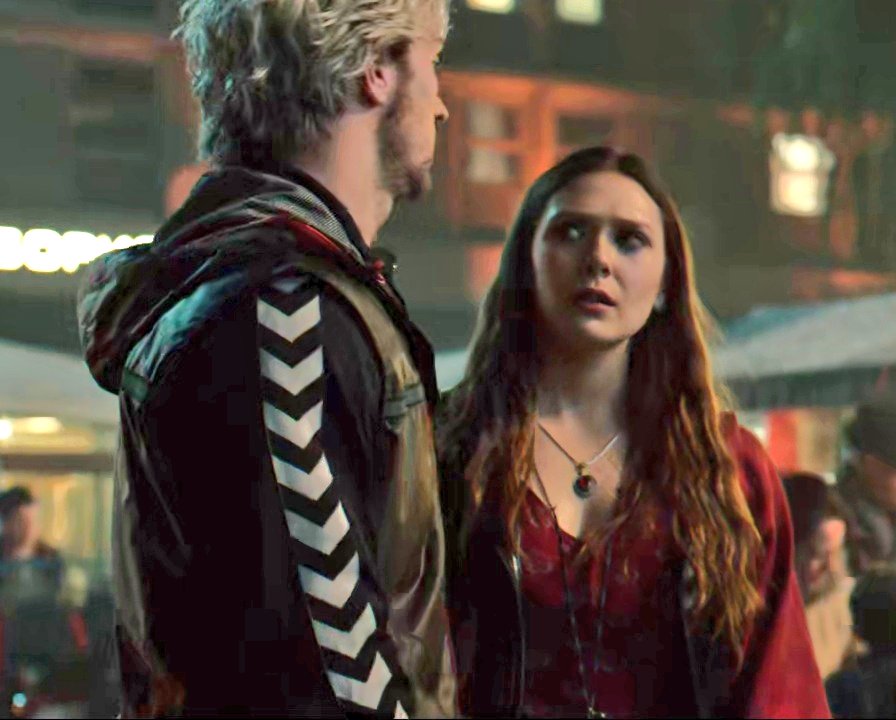 Looks like an upholstery fabric to me, where you can see the texture in it...

What have you taken off your list of possibilities so far?

I haven't actually ruled anything out yet because I'm still trying to locate better resource photos and any interviews with Alexandera Byrne or Elizabeth Olsen to try to suss out if they ever talk about this particular show since she wears it in a large chunk of the movie although some of the scenes ended up on the editing room floor.

based on my limited experience for the upholstery fabric which mostly involved making bodices for a job working at a Renaissance fair set in 1574, I think the material used onscreen is much too lightweight and supple especially when you look at how it's wrapped around her right arm. the looseness of the weave may also be from weathering, but the woven pattern and the faint details of the flowral design that you can only see in that one shot make me think that it must have been designed as apparel and Scottish Paisley shawls are mass produced but the subtleness of the design and the left and weave being a different colors is very a typical. The Paisley shawls I've looked at specially the historical ones are very brightly coloured, high contrast patterns.

Anyway it's possible that it was made in house and I'll never know. or that it was a bolt of fabric that was purchased several different shows made since it was used during a stunt sequence on the train.

but since it's the only wardrobe item that she actually wears with more than one outfit, I imagined it had some backstory to it or some emotional significance so I was really hoping to find more information online but almost all of the press and costume exhibitions focus solely on her superhero uniforms and not the street wear.

I believe I might have found something very similar to it on this website Sakkas. It’s the