My converted Walmart Ghost Trap. Tried to make it faithful to both GB1 and Afterlife, so there's a fair amount of weathering. This had been sitting in storage for ages, and I became inspired to finally mod it after seeing the new film. Some of the electronic elements needed repair, and I figured I'd replace the activation switch with a more accurate flat SPST toggle switch, and extended the foot pedal by about 5 feet. Added some socket cap screws, a bit of grip tape on the handle, a new panel and knob, and some yellow tape for the doors. I'll probably upgrade the pedal eventually, but I'm hoping Hasbro continues their line of 1:1 replicas, especially considering the success of their Proton Pack. 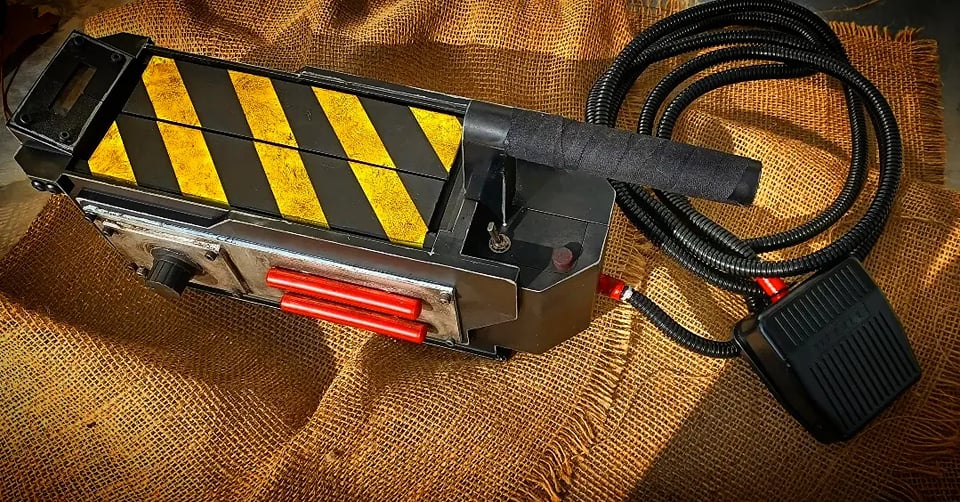 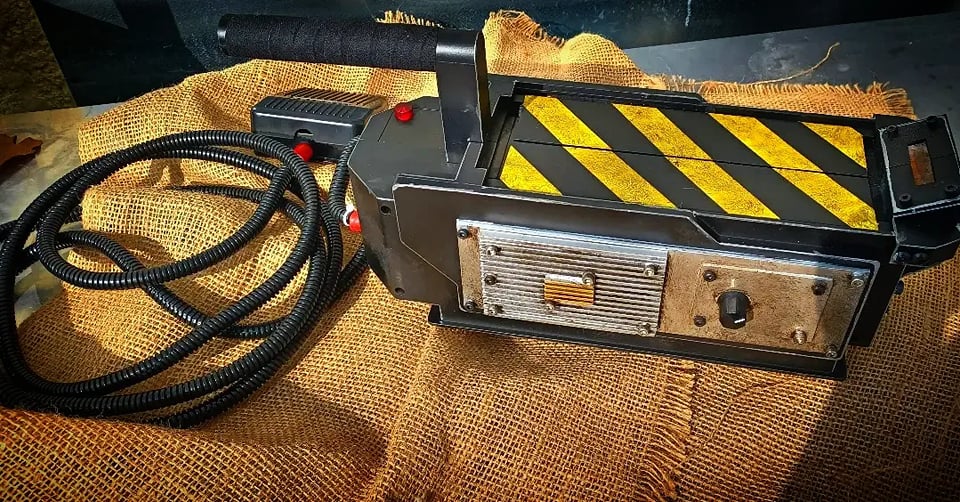 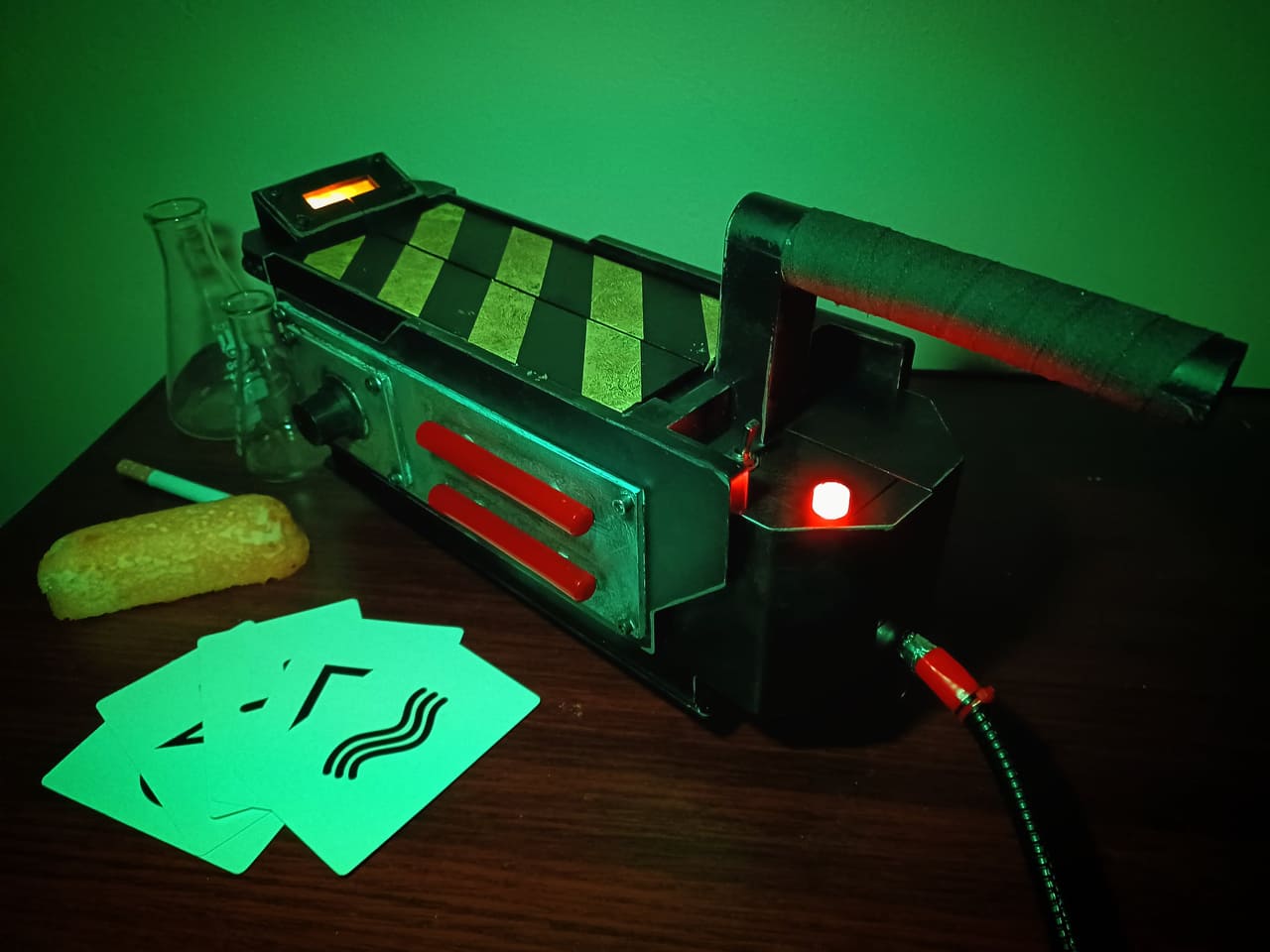 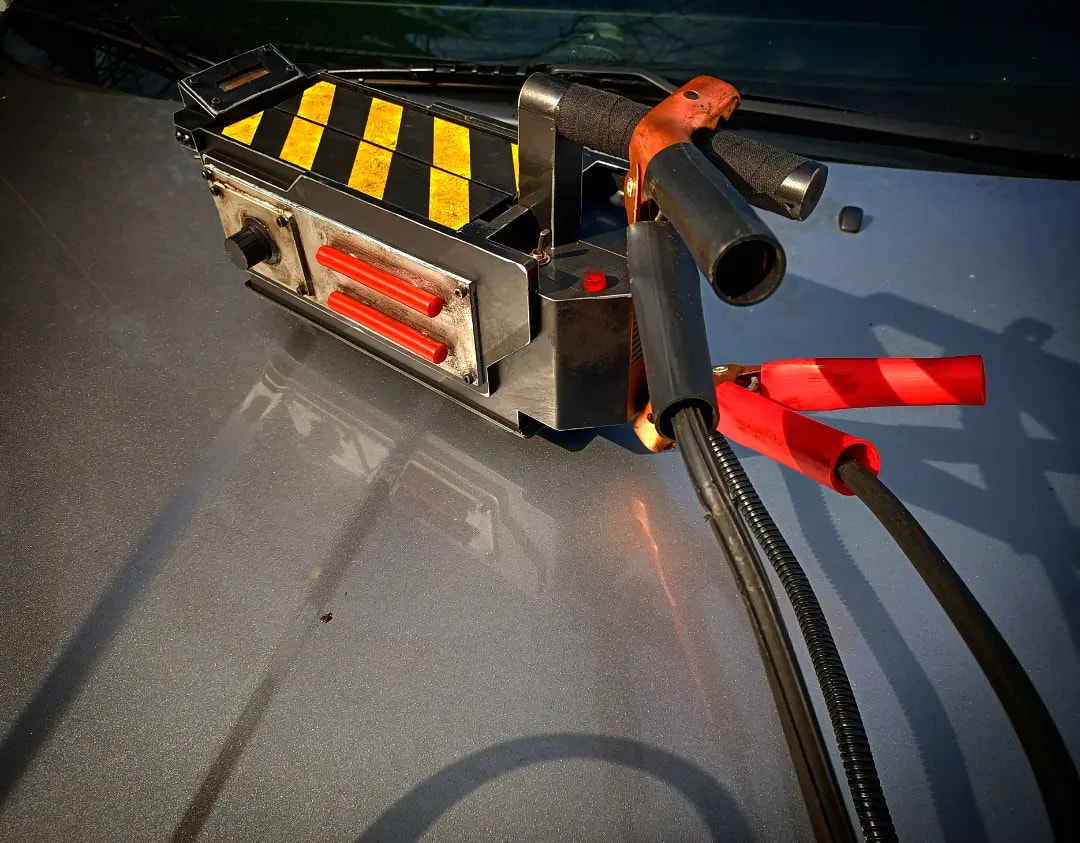