This has been an idea of mine for a while..what if the Venom Symbiote attached itself to a hunter while on an alien planet!!!

this will take a while to get done as well....any ideas welcome! 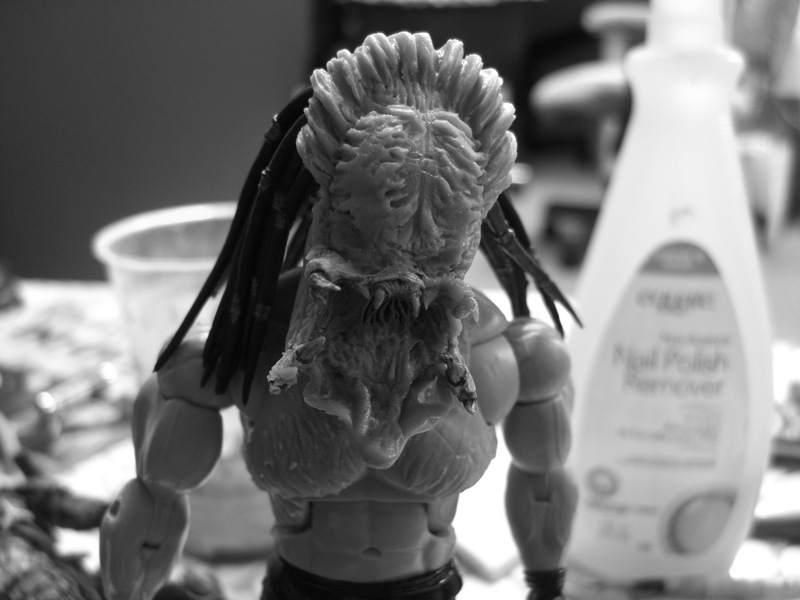 It will be awesome and this would truly make the hunter into a Black Super Predator !

I had been thinking of how the Venom symbiote would look like if it were to attach itself to a PRED for a loooong time now, and always wanted to try and draw it but it's hard to sit down and draw now with 2 lil' ones clasping at the leg every 5 minutes .

Cool idea though. I'm thinking with the bottom "fangs", they should be almost super elongated to make them resemble some Venom pic's. Maybe have some of the symbiote coming off of the PRED as weapons.