EDIT:
This thread will now be a merge of all three versions of Vash's revolver. I don't see any reason to make three different threads.

Took nearly a year off of 3D modeling props and I'm just getting back into it. Starting with Vash's revolver from the Badland's Rumble movie. Similar to the manga version, but different. Modeling in Rhino.

Now that I have a 3d printer, I can actually model this with functioning mechanics that can be printed and tested/redesigned on the fly. I plan on making it eject shell casings, have a working double action trigger and hammer, with spinning cylinder.

Damn nice start! How do you like rhino? I'm just getting started in fusion 360.

Noeland said:
Damn nice start! How do you like rhino? I'm just getting started in fusion 360.
Click to expand...

Thanks. I like Rhino. My only other experience of 3d modeling was Sketchup lol.

Tonight I worked on the lower receiver and ejection mechanism.

I've been working on the trigger and hammer mechanics. I really want to start using Fusion 360 to model things like this because you can animate the parts workings together and see what needs to be changed. My only option with Rhino is to just 3d print the pieces and edit from that.

I'm doing my best haha. The great thing about figuring out the lower receiver and parts will be that I can then model the other two versions and use the same design for the moving parts.

Mostly done with the internal mechanisms. Next will be to hollow out the lower receiver. 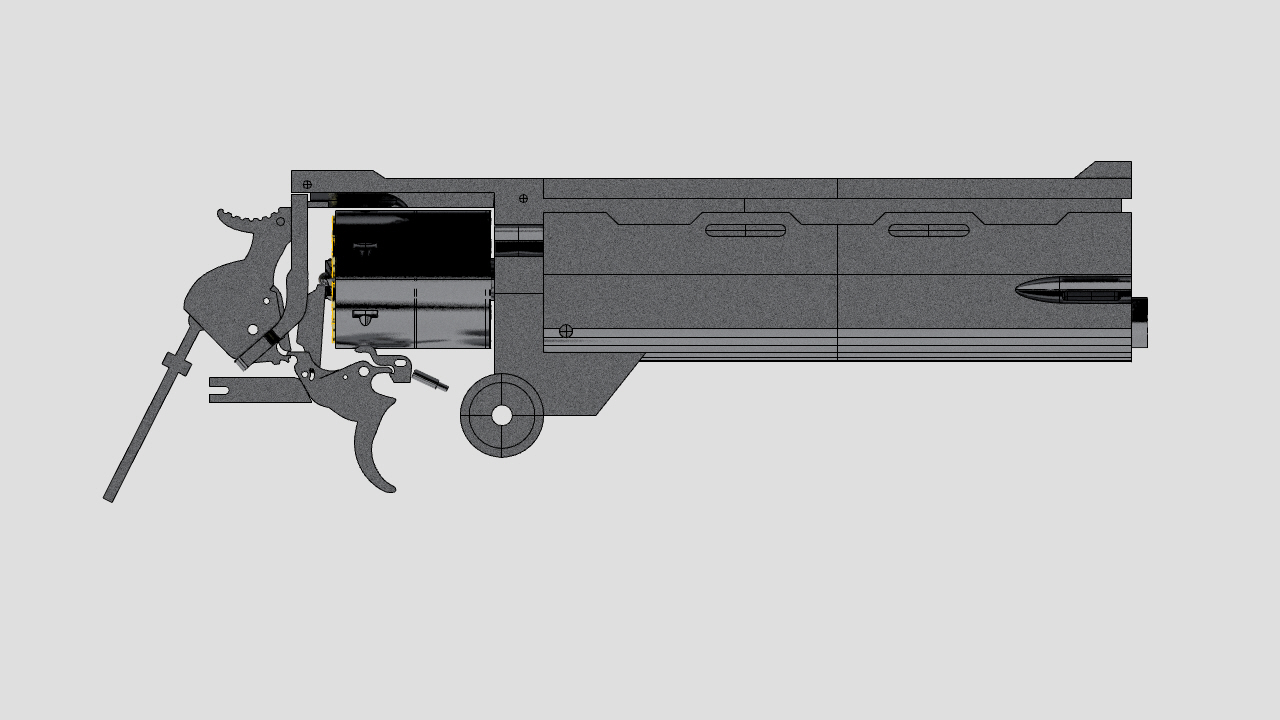 Printed and tested the internal parts. Right off the bat I realized that the channels I made for springs are too small, so I'll need to widen those out.

Mechanically, everything seems to work. I need to start sourcing these tiny springs.

If I ever cast these and sell them, it will probably be one at a time. There's just too many small parts for this to work right. 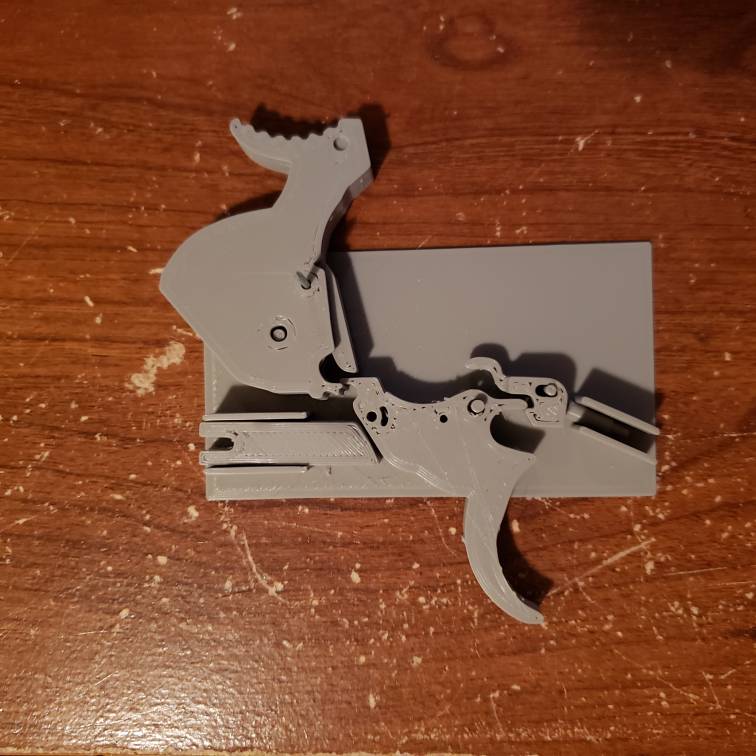 The grips are proving to be.. difficult..

Took a break for the internal mechanics and started working on the TV show version. I WILL be modeling the Angel Arm section of the front receiver, when I get to that point.

Also, I'm looking into getting an SLA printer for the internals and lettering portions (for this and other projects). My FDM printer is good, but not THAT good lol.

Beauty!! Keep up the great work

Finished the majority of the front receiver, minus the engravings. There are so many changes they made for the TV version. Different hammer, front and rear sights, breech and breech latch.. the list goes on!

Got a pretty good start on the Angel Arm internal section. Thanks to MrGreene for sharing his build (before his thread went dead ). I used his concept with various screenshots from the show. They draw it 3 or 4 different ways throughout the series, so I've tried to blend the designs together. 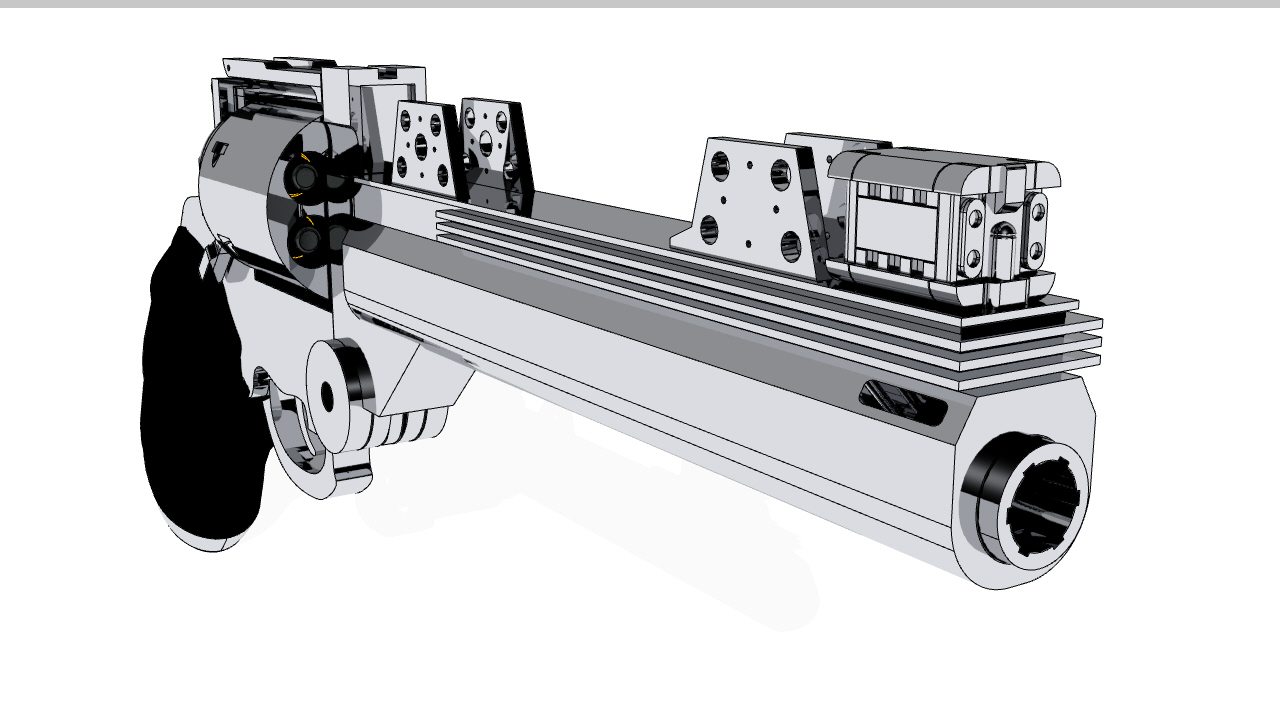 Is this revolver just a variant of the Chiappa revolver? Chiappa Firearms // Rhino Revolver 60DS Nebula (Multi Color PVD) 357MAG/6"BBL
If so, could you use the design for there mechanism?

Redid some of my previous work on the Angel Arm section. Finally got it to a point that I am happy with to print. Lots of blending of elements from the different screencaps and such. As far as printing goes, I will be SLA printing these parts for the detail, but will model in areas where they can lock into the FDM portions i.e. no guesswork for positioning. Still need to go back and remodel the lower receiver a bit. 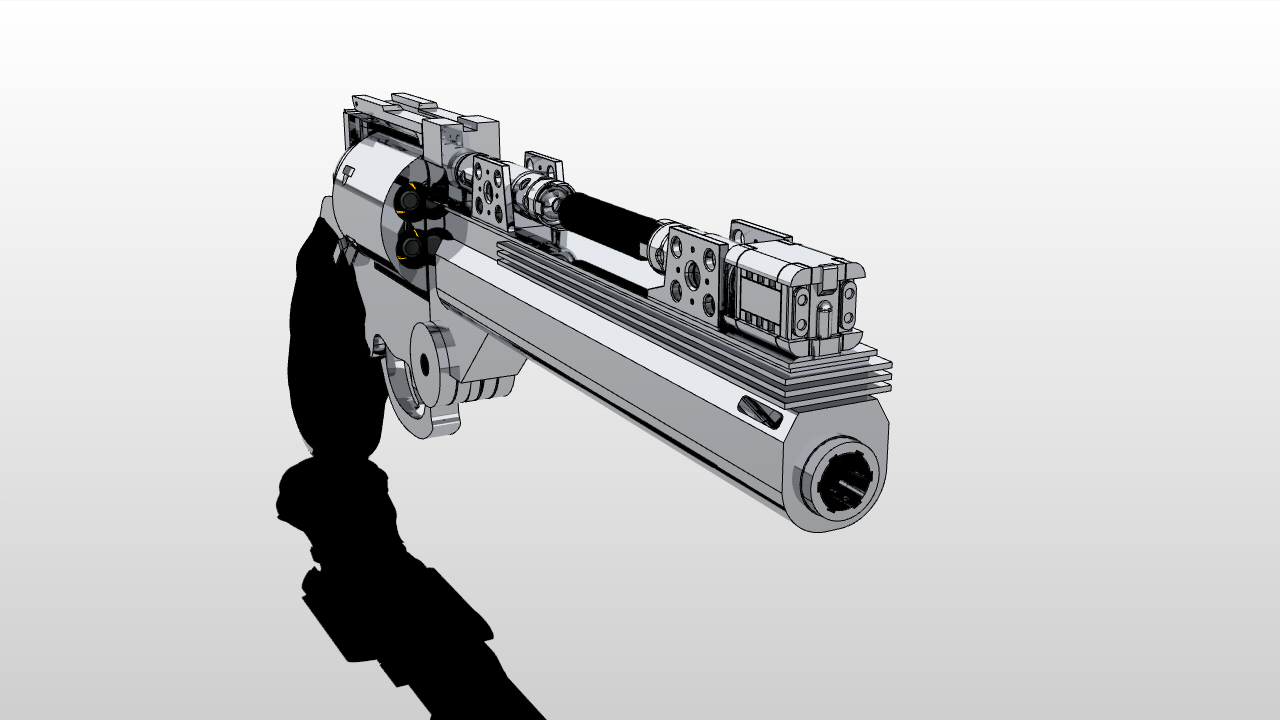 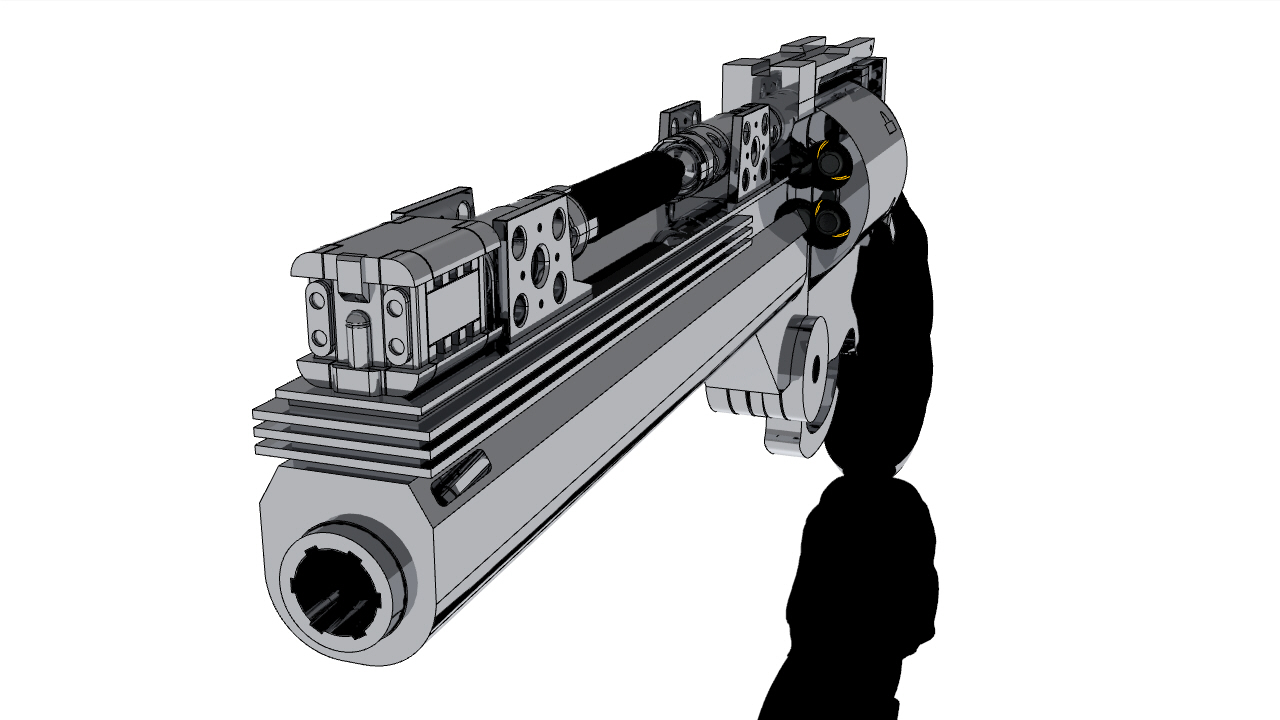 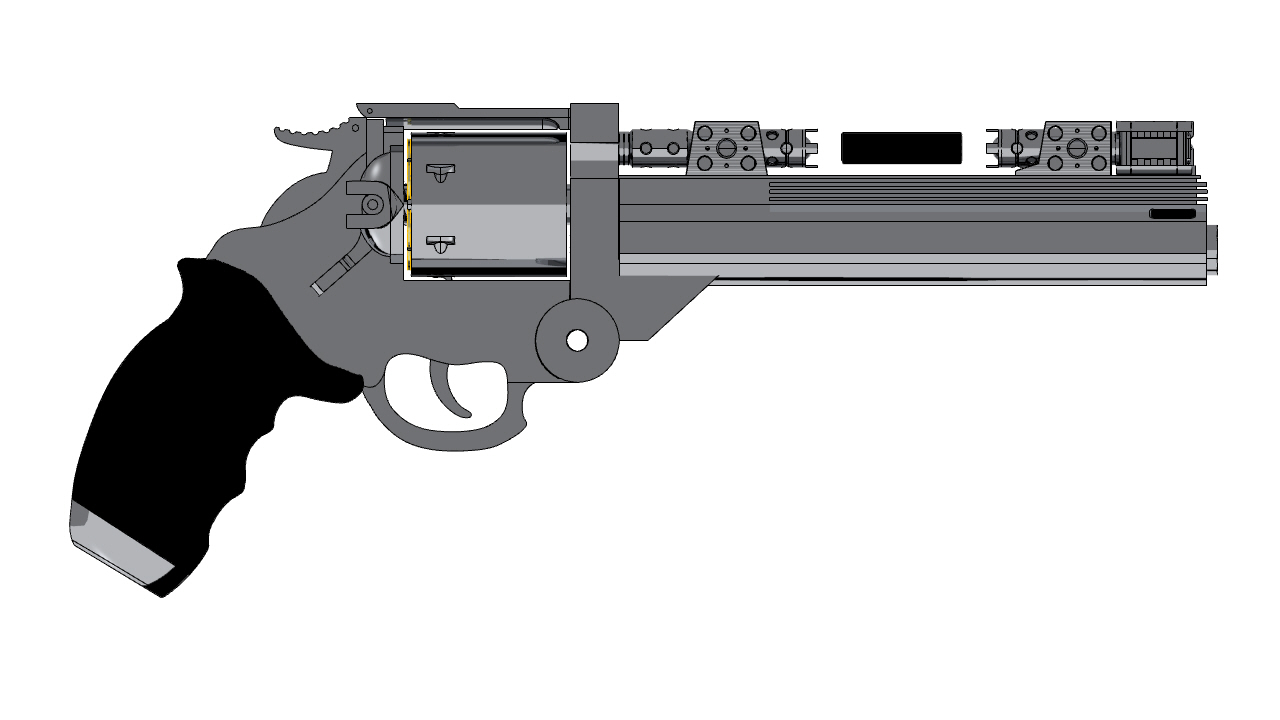 gadgetman7 said:
Is this revolver just a variant of the Chiappa revolver? Chiappa Firearms // Rhino Revolver 60DS Nebula (Multi Color PVD) 357MAG/6"BBL
If so, could you use the design for there mechanism?
Click to expand...

I believe the design was based off of a Mateba, which is very similar to what you linked to. The basic function being that by firing from the bottom barrel, it lowers the center of rotation, allowing for less kick and more accuracy.

RPF PREMIUM MEMBER
Beautiful! I've said so before, but I'm still seriously impressed with your work on this.

Another good one! Excellent work so far

Worked some more on the exterior of the TV version. Finished the breech lock and modeled up Knives' cylinder variant. I'm running out of exterior areas to finish, which means I will soon have to return to the interior mechanics, which is fine besides having to hollow out the lower receiver. 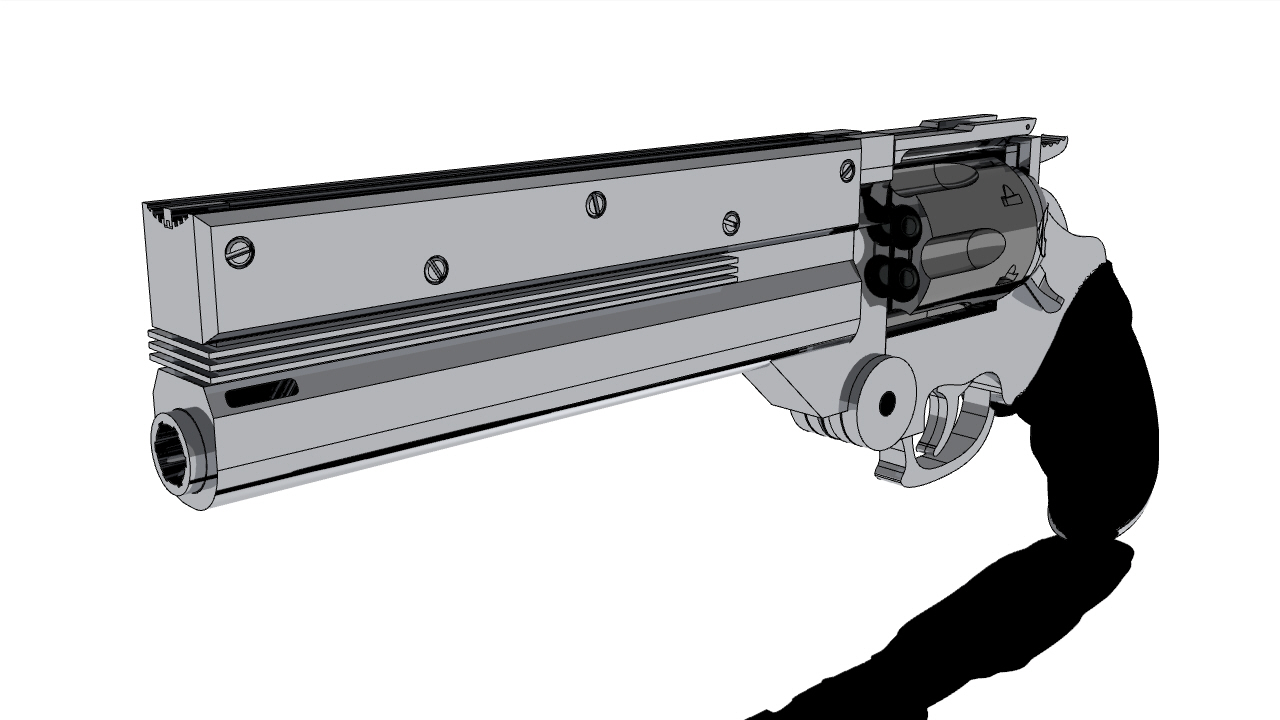 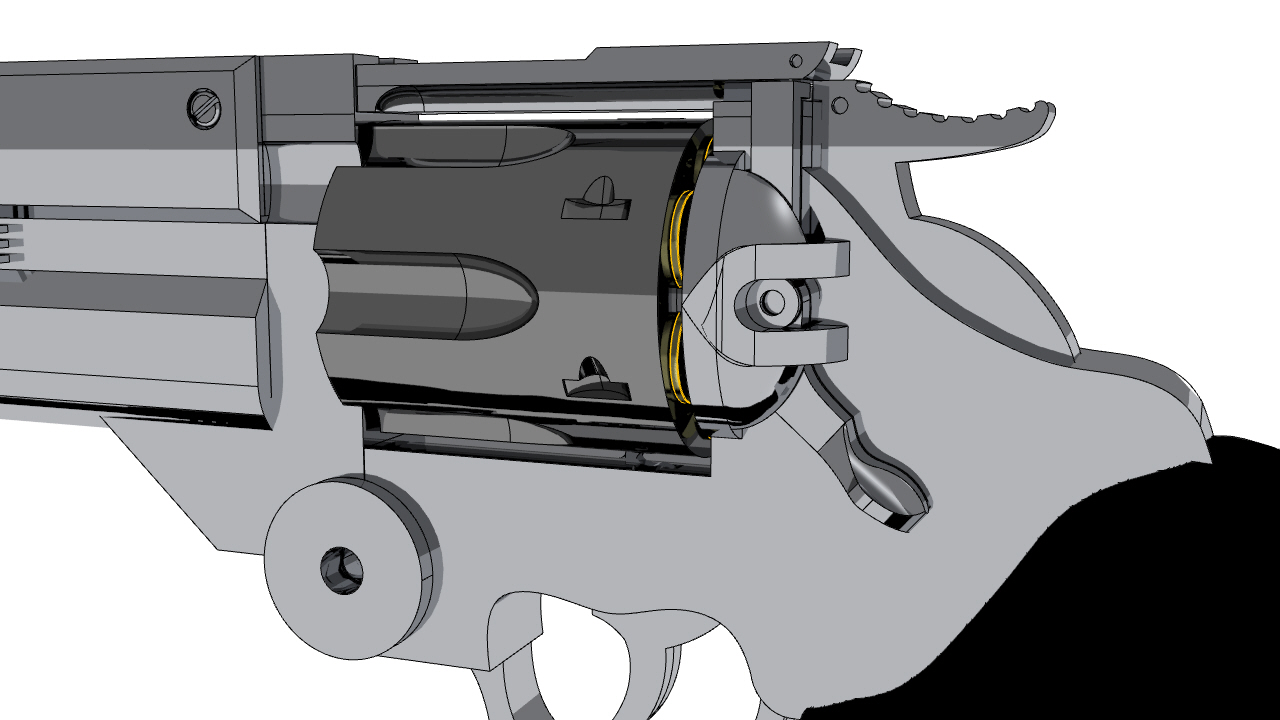 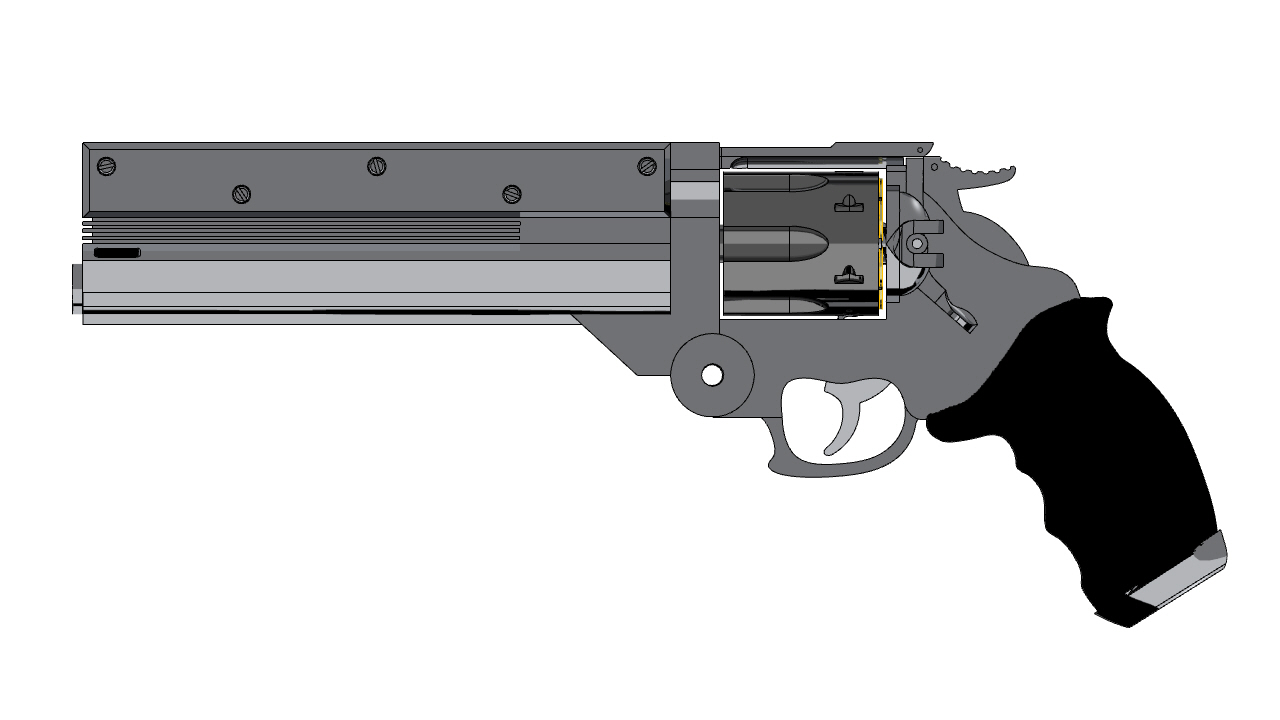