So I drive a Yellow VW Beetle. When I first heard about the Bumblebee movie, I won’t lie to you, I was pretty wary. I am not a fan of Michael Bay’s transformers and I was worried about how this movie would end up. I watched the trailer and it was good. The movie was pretty good too, nothing world changing but it was a solid film. When I was watching this movie I saw opportunity. Bumblebee would be a pretty cool Halloween costume for my car, something fun for the neighborhood kids. So I came up with a plan. I would make a replica head and then put it in the front trunk of the car. If I wanted to get really fancy I could automate a lift to open and close the hood so it would look like bumblebee was transforming.

My first step was to find a bunch of reference photos and make a sketch of the head. I wasn’t really sure of the size because no one is really making replicas of this and there is little reference besides screen caps and a couple of toys. I used a picture where Charlie (the main character) puts her hand on Bumblebee’s head and used my hand to base the size of the head off of. Not even close to the most accurate scale but I wasn’t concerned about getting a perfect replica as I was with getting the story across. 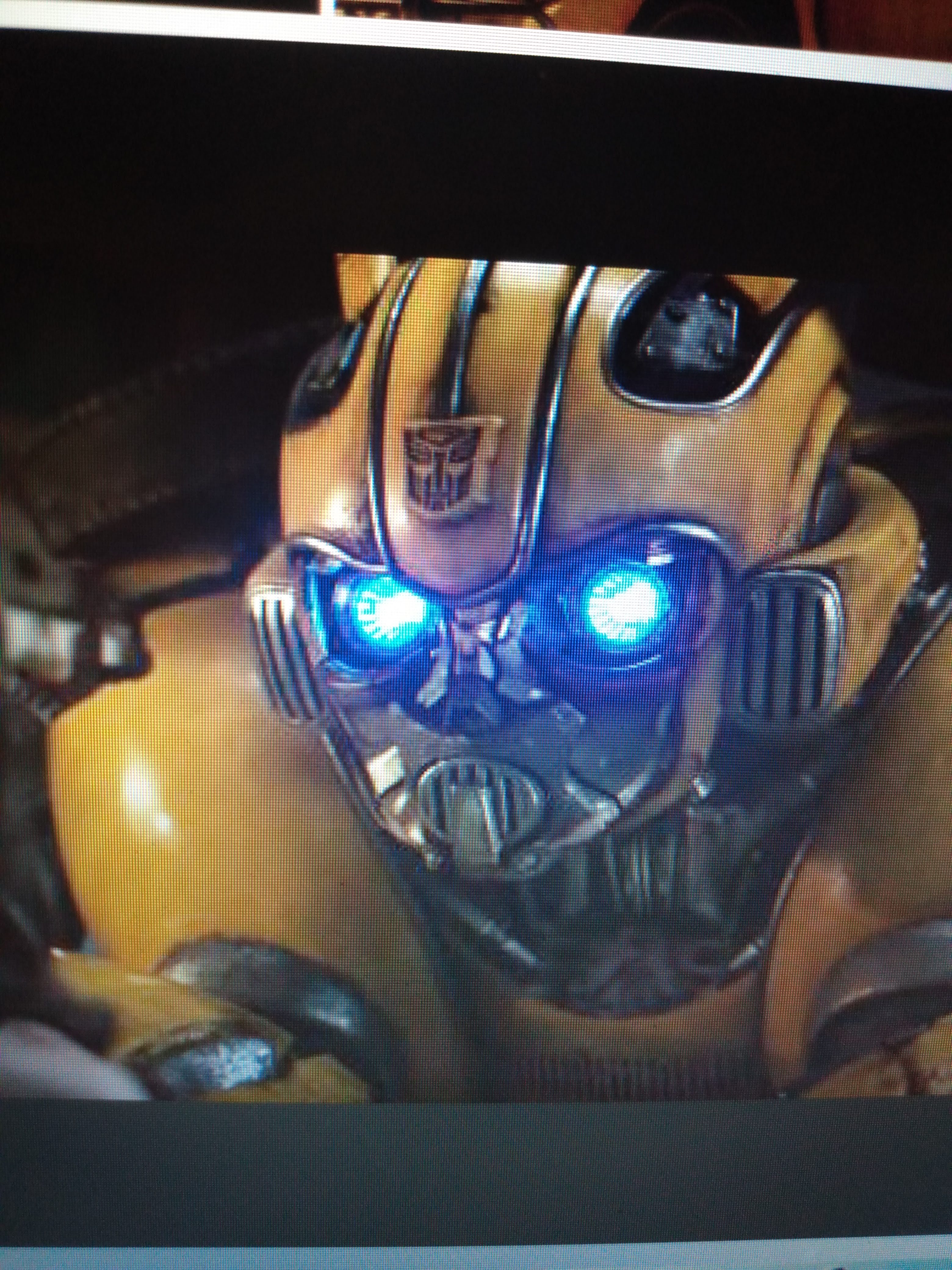 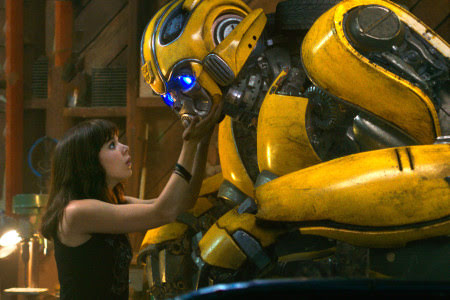 I made the head itself out of normal styrofoam. Probably not the best material in the world but it’s what I ended up using. It is super messy though. I was able to cut out a basic shape of the head and then I added some of the details in the face plate using craft foam. I first coated the head in some styrofoam sealant stuff I got from the craft store but I ended up using yellow paint to seal it completely. The shape isn't that accurate to the film and it should have been a lot rounder in the front but I'm happy with it. I'm not going for perfect. 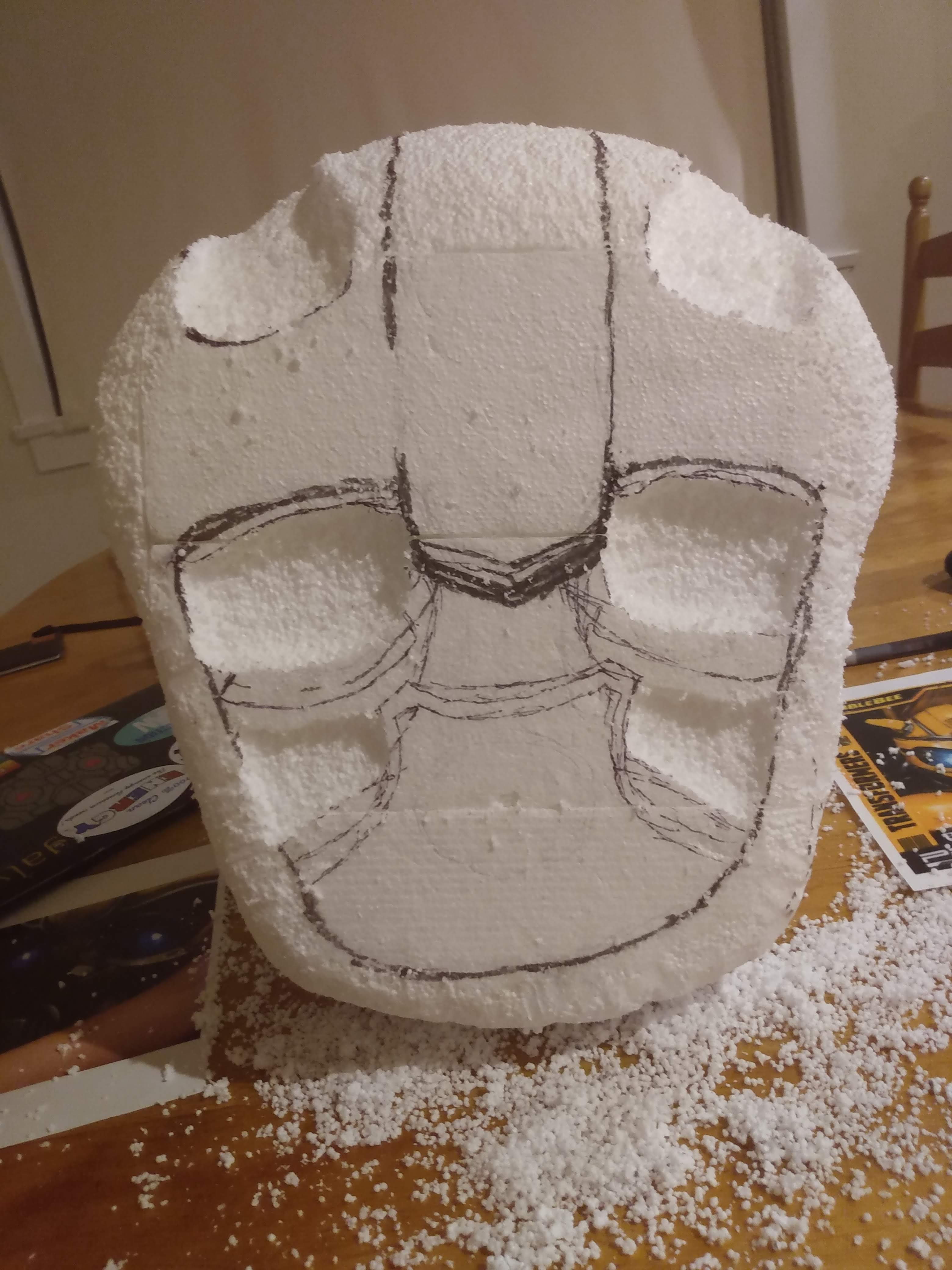 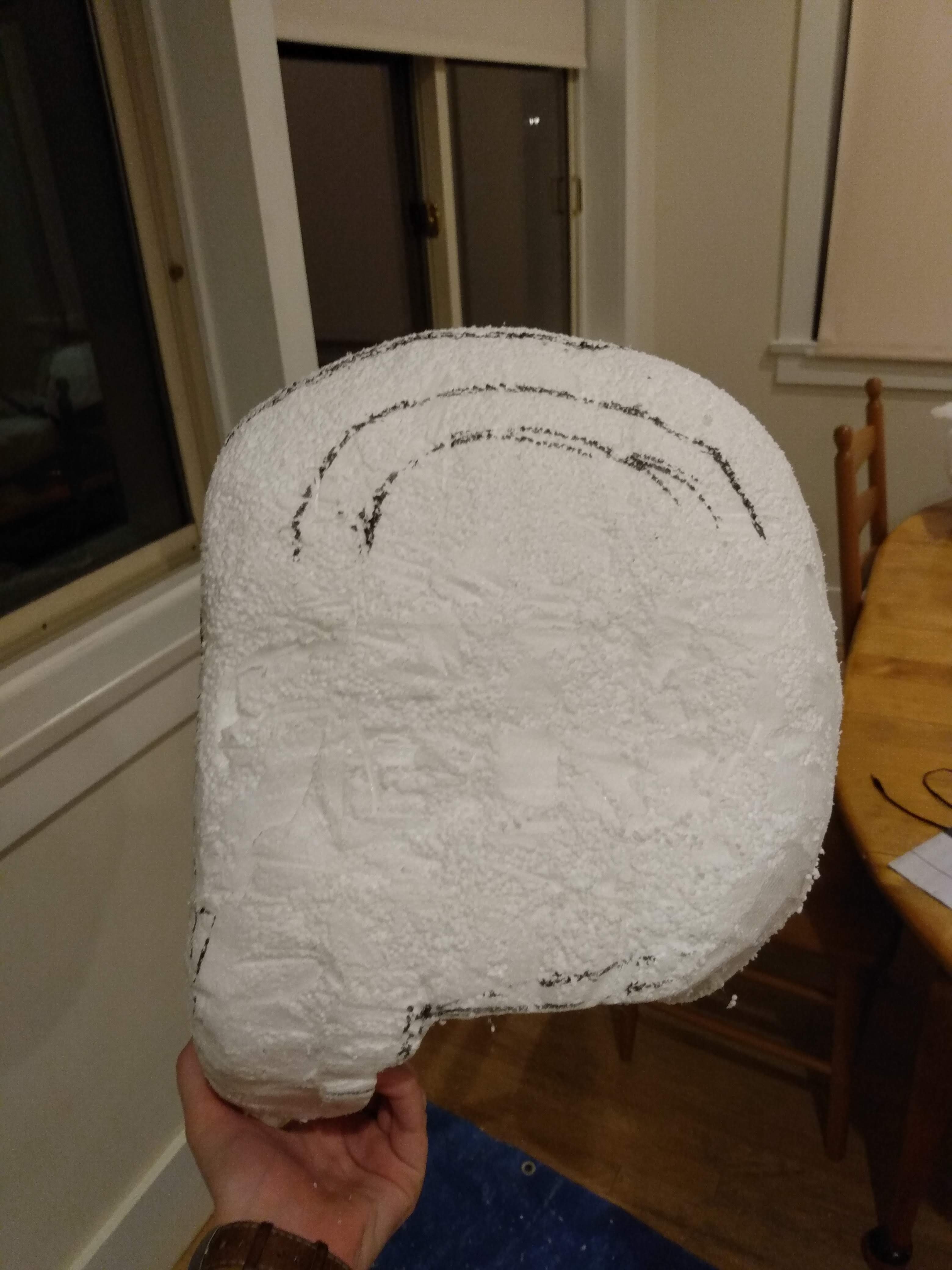 Halloween was getting really close though so I didn’t have time to finish it as much as I would like to. I spray painted the faceplate silver and installed these lights I got online that look really similar to his actual eyes. It was missing the antenna’s and the ear muffs/speaker things on the side but it was recognizable as bumblebee. I popped it in the front of my car and it looked pretty cool. The kids loved it. I think it would have looked much better if I had time to add the antennas. I spent all evening sitting on the bumper and handing out candy. It was a lot of fun. 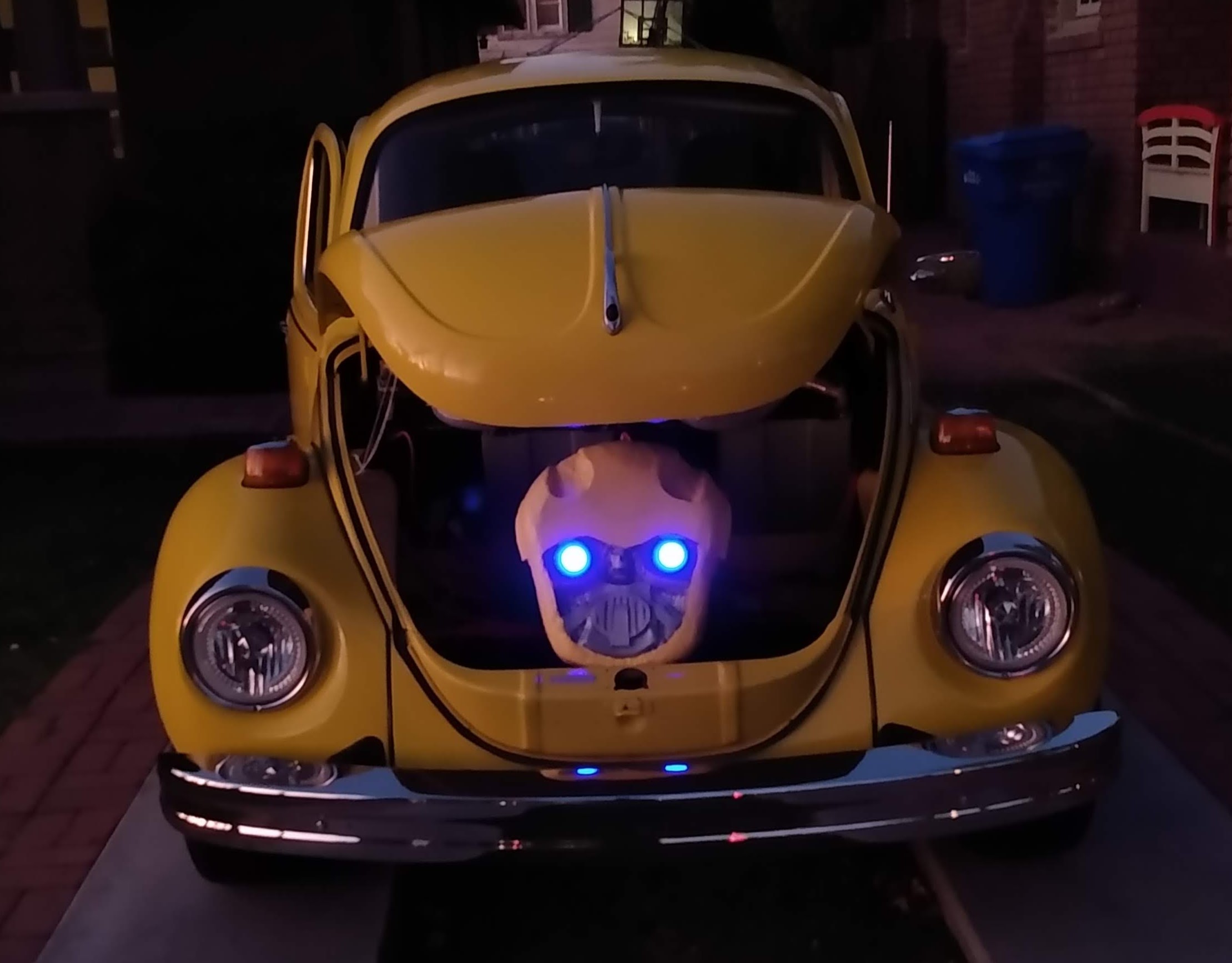 Our city also has an electric light parade around christmas time so I figured we could use the bumblebee head again. We ended up putting the head in the engine compartment and even added a little santa hat on top. We definitely had the coolest car in our group. 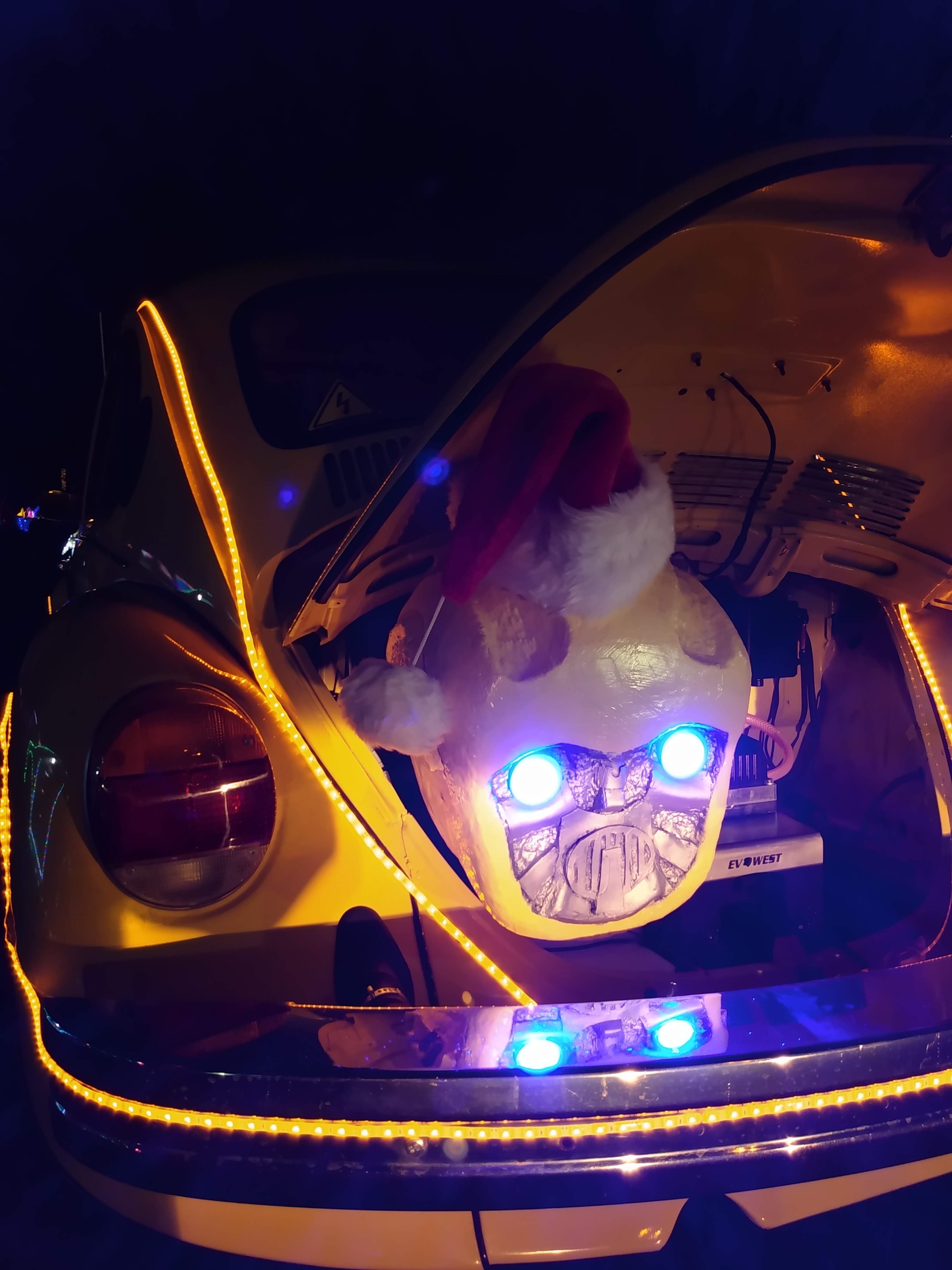 Now that school is out I have more time to put into this project. I want to make it look a lot more like the actual head. Right now I kind of see it as a theatre prop, it looks decent from far away. I want to make it look really good up close. I want to add the pieces I left out, redo the paint job so it matches the car and make sure it has a smooth finish. Some weathering will also help it a lot. It’s never going to be an exact replica but I think it is gonna look good.
Last edited: May 26, 2020

RPF PREMIUM MEMBER
Very cool idea. I think most of us have made a prop a couple of times to improve it. Some of my bigger props are constantly getting upgraded. Good work!

This is a great idea. I really dig how the eyes turned out. Captures Bumblebee's "soul" for certain. I loved that movie. Very Iron Giant inspired.