The Disney Store offers a pretty decent rendition of the Evil Emperor Zurg toy from Toy Story 2, but it's missing a few elements that really sell the character. The mission, of course, is to get as close as we can to the movie version. The first thing I wanted to address is the mouth.

In the movie, when he talks, his mouth illuminates like a shutter, from the center out:

The toy just has one flashing light. I picked it up on sale last year, and have been mulling over how to get that effect since. A friend of mine recently showed me some little audio level meters for a completely different project, and it all clicked. The board is called KA2284, and they're all over Ebay for about a dollar.

First thing is opening the whole toy up. They really designed this thing to be tricky to take apart. First you have to pry off the circular bit in the center of his backpack , which reveals a screw that loosens the backpack. With that off, you can flip up the cape and unscrew the rest of the body.

Getting the head open is a little more invasive, as there's a plug over the screw that's held in very well. I had to dremel it out to get to the screw. That's okay, though, because the next alteration I want to make is to add the "Zurg Vision" peephole that's in the back of his head almost exactly where the screw is located. But that's for later.

By tapping into the battery pack for power and the audio signal from the toy's speaker, I can light up the LEDs on the audio meter based on the volume, which is exactly the effect I need.

Then it was a matter of hooking up 2 LEDs to each of the first 4 LED spots on the audio meter board. There are 8 "teeth" on his mouth, and each LED level on the board will go to 2 LEDs on the toy: one LED on each side of the mouth. I pulled the stock LEDs off on the board and soldered on wires to the new ones.

Then, to figure out how to diffuse the LEDs for even lighting, and to contain each one to its own tooth. I tried some tests with frosted plastic behind the translucent yellow mouth panel, but I couldn't seem to get enough diffusion without blocking out a lot of light. I figured out that making little reflective boxes behind each one did the trick, so I patterned out dividers from bits of styrene, and wrapped them in aluminum tape.

It looks like a mess back there, but it does the job! I put Humpty back together again, and it's about as good as I could hope for.

Little update on this. I drilled out the screw cover in the back of his head to turn it into the ZurgVision peephole. It's not 100% accurate, as it's a hair low and lacks the raised rim, but it's good enough for me! I made a little stencil on the Cricut and airbrushed the graphics on. 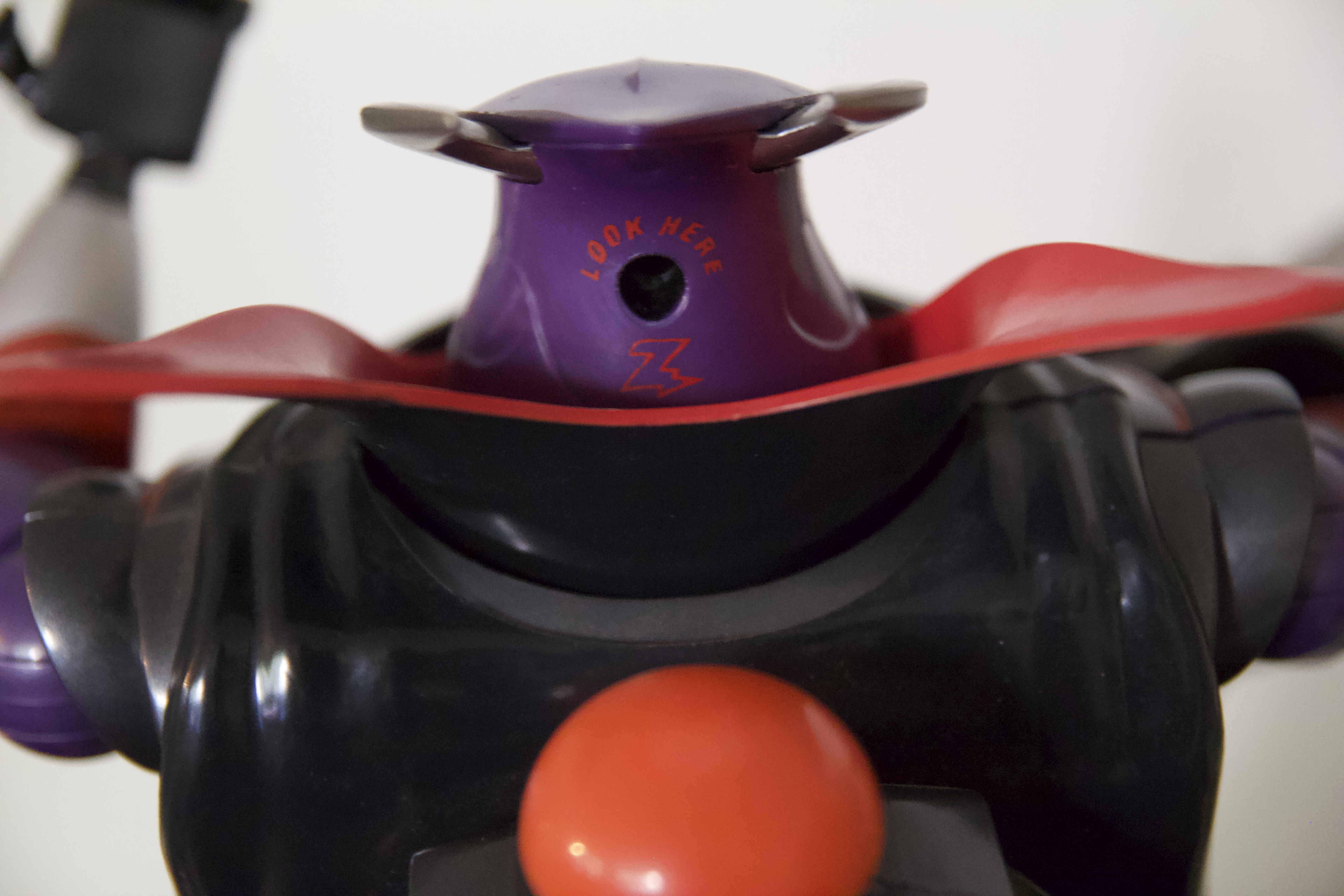 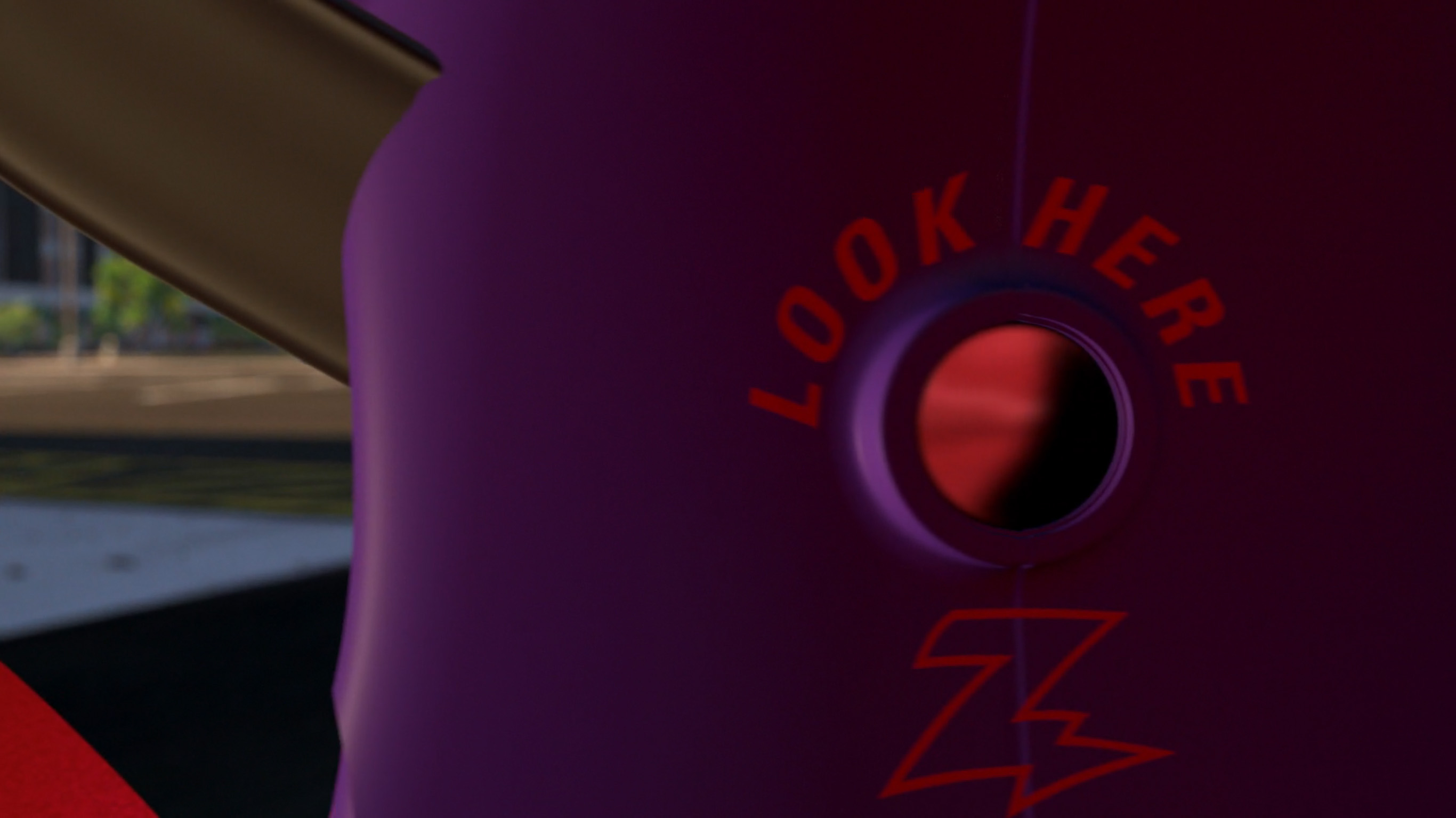 Plus a nicer video of the lights in action:
http://instagr.am/p/CCwyd-xlQbs/
T

Hi! Can you share a circuit for connecting all the elements?

Tary Dax said:
Hi! Can you share a circuit for connecting all the elements?
Click to expand...

Sorry, I didn't really document it any more than what I've already posted.

U
Modified Callisto 2 from Loki